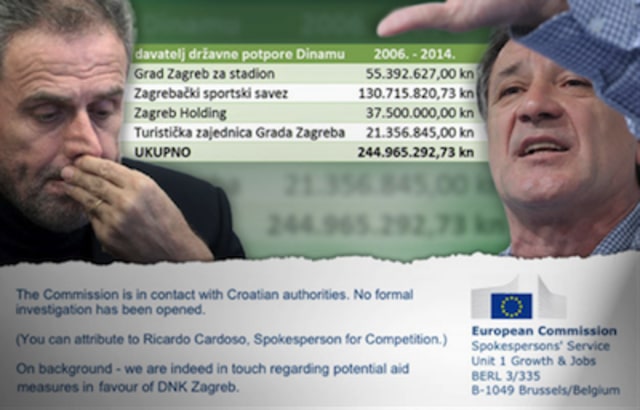 GNK Dinamo Zagreb: Will the next act of the sports and State aid saga play out in the EU’s newest capital?
The spectre of EU State aid law has loomed over professional club football in Europe since the Commission’s initiation, in 2013, of in-depth investigations into five football clubs in the Netherlands (SA.33584) and seven clubs in Spain (SA.29769, SA.33754 and SA.36387), notably Real Madrid and Barcelona. The Almunia administration would appear to have left Margrethe Vestager’s DG Competition with a political quagmire, engaging the sensitivities of Member States, professional football clubs across Europe (important businesses), and UEFA – itself concerned to ensure the success of its new flagship policy, Financial Fair Play.Despite the Commission’s protracted deliberations, the high-profile launch of the investigations has reverberated throughout the EU, and Zagreb – the capital city of the EU’s newest addition, Croatia (joined the EU on 1st July 2013) – may be the setting for the latest instalment in thesports/State aid saga. There, a complaint has been made to the Commission (SA.39122) concerning alleged unlawful assistance provided by the City of Zagreb to Croatia’s most successful football club, GNK Dinamo Zagreb (the Commission has yet to open an investigation). Here, “successful” means complete dominance: Dinamo have been champions of the Croatian first league for the past nine seasons and, in total, have topped the league 16 times in its 23 seasons. Also, for purposes of context, Dinamo has Zdravko Mamic at its helm (executive director), an influential and controversial character in sport, business and politics in Croatia.The complaint follows a 2013 decision by the Croatian Competition Authority not to pursue recovery of alleged aid. The author does not have the precise facts surrounding the complaint, but a fairly comprehensive account of the alleged goings-on can be found here: blog post by Oskar van Maren (Asser Instituut). Briefly, the complaint arises out of City of Zagreb investment programs adopted under Croatia’s Sports Act (see Art.76), which impact on core elements of Dinamo’s business activity, and for which the Commission has not been notified:

In total, it is alleged that GNK Dinamo received €30 million between 2006 and 2014. However, because obligations under Article 107 and 108 TFEU were only applicable to the City of Zagreb following Croatia’s 2013 EU accession, the actual amount recoverable is most likely significantly less than the headline figure. Despite this, there is no indication of the alleged aid abating, nor do any notifications appear forthcoming.

The complaint suggests the City of Zagreb’s justification for the support is simply down to the market (e.g. through sponsorship) not providing sufficiently stable funding to maintain high quality professional football at Dinamo, which is viewed to encourage the development of sport generally and contribute to the national and international reputation of Zagreb. Therefore, in a similar way to the Dutch and Spanish cases (referred to above), the Dinamo complaint raises questions concerning how, and the manner in which, professional football clubs – powerful brands in communities – may be harnessed by government, and, in addition, why, so often, with respect to compliance with notification and approval obligations, government regards professional sport differently from other business sectors.

The Dinamo case, at first glance, does not appear especially remarkable, or indeed worthy of comment, but it highlights a complicated situation and a number of interesting areas for debate. In Croatia, the professional side of football is less mature than in other Member States, such as the Netherlands and Spain. Also, despite the stabilisation and association process initiated in 1999, Croatia must, to an extent, still be acclimatising to EU membership. As a consequence, close economic ties between professional football clubs and government are understandable, and potential problems in this area have been recognised by the Croatian legislature: a paragraph of text was inserted into Croatia’s Sports Act in July 2013 reminding local authorities of the need for compliance with EU State aid rules (see Art.74, para.3). This move was reported on recently by Tatjana Jakovljevic (Croatian Competition Agency) in the European State Aid Law Quarterly (‚Public Support for Sports: The Name of the Game – Football!‘ (2013) 12(3)); however, it does not appear yet to have had any meaningful impact on the ground, i.e. triggering notifications, and one can speculate that in all likelihood unlawful State aid is quite widespread in professional sport in Croatia.

The Dinamo case is also interesting because of the origins of the complaint: a small band of determined and resourceful supporters of a rival football club, Hajduk Split. This is a club, which itself has suffered as a “firm in difficulty”, and was treated as such by Croatia’s Competition Agency under Croatia’s State Aid Act. Arguably, this complaint activity highlights something unique about the sector (professional football): impassioned supporters willing to explore all avenues to ensure a level playing field (the author invites comments on this specific point). These particular supporters, who are actually minority shareholders of Hajduk Split, have forced the issue into the national press, and have even had politicians debating the subject: a round table discussion was held by the Croatia’s Ministry of Justice at the Croatian Parliament, the Sabor, on 11th February 2015. The attendees of the round table event included government ministers, parliamentarians, the Croatian Competition Agency, Transparency International and academics.

The complaint’s football backdrop has drawn attention to State aid law like few other business sectors could, and looks set to trigger broader reform, e.g. encouraging wider acceptance of the notification and approvals system and the production of general guidance informed by the experience in other Member States.