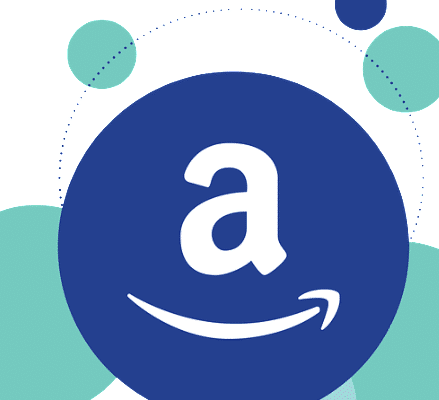 The economic and financial impact of the Covid-19 pandemic foreshadows an increase in the number of deals where the so-called “failing-firm defence” (“FFD”) might come under discussion, as recently demonstrated by the provisional clearance of Amazon’s investment in Deliveroo by the Competition and Markets Authority (“CMA”). This blogpost addresses the interplay between the FFD and dynamic counterfactual analysis, in light of the CMA’s decision and the overall approach employed by the European Commission (“Commission”) at the EU level.

I. The FFD and Dynamic Counterfactual Analysis: a refresher

Competition agencies may decide to clear an otherwise problematic merger if one of the merging parties is a failing firm, the basic requirement being that the deterioration of the competitive structure that follows the merger cannot be said to be caused by the merger. Agencies’ approaches to the FFD are broadly similar and parties have a high bar to meet, as shown by the very limited number of cases in which the FFD has been successfully argued. The CMA applies a three-limb test as follows:

Limb 2: the assessment of whether there would have been an alternative purchaser for the firm or its assets than the envisaged merging partner (“limb 2”). If there are alternative purchasers, the CMA is expected to consider what impact an acquisition by one of these would have on competition compared to the transaction as part of the significant lessening of competition analysis (see here, para. 4.3.11); and

Limb 3: the assessment of what the impact on competition would be if the failing firm exited the market and how this would compare to the impact of the acquisition (“limb 3”). The wording in its Merger Guidelines (see para. 4.38) is somewhat misleading (see here, para. 20). Depending on the nature of the markets at issue, the CMA will not only consider what might happen to the sales of the merging party but will also consider the impact that the deal is likely to have on “competition more broadly“. This may thus require a more dynamic and forward-looking counterfactual analysis about future competition with and without the effects of the deal.

The EU Commission’s Guidelines set forth similar criteria, although, historically, some have criticized it for employing a narrower approach and establishing an excessively high standard of proof (see here). The Commission’s approach to the FFD, first developed in Kali und Salz (see para. 19 and ff.) was further refined in BASF/Eurodiol/Pantochim (see paras. 142 and 143), where it specifically considered that “the application of the concept of the rescue merger requires that the deterioration of the competitive structure through the merger is at least no worse than in the absence of the merger”. Thereafter, the FFD was successfully argued in Nynas/Shell, a case that concerned the acquisition of a division of Shell, its Harburg refinery, and in Aegean/Olyimpic II, an acquisition which had been forbidden two years before.

At the outset, it is also worth recalling that parties may wish to consider dynamic counterfactual analysis within the assessment method even prior to the FFD stage. The FFD is – by definition – a solution for a problematic deal. Having regard to the broader competitive environment and the financial impact of Covid-19 on the merging parties, they may wish to ponder whether the deal does lead to a significant impediment to effective competition in the first place, notably by the forward-looking financial projections of the parties and indeed their weaker competitive position in the absence of the merger (see, for instance, T-Mobile/Tele2, para. 565). The CMA has been indeed progressively relying upon dynamic counterfactuals, specifically within the context of digital markets. As summarised in Paypal/Izettle: “(…) [it] is a fast-moving and dynamic market (…) we have taken account of a range of forward-looking evidence (…) that allows us to form expectations about future competition, both with and without the effects of the Merger. This has required us to investigate thoroughly evidence available from internal documents, of the parties”.

In April 2020, the CMA provisionally cleared Amazon’s investment in Deliveroo, as a result of the application of the FFD. Previously, the enforcer had announced the Covid-19 pandemic has not brought about any relaxation of the standards by which mergers are assessed or the CMA’s investigational standards and that its approach to the FFD would remain unchanged.

In December 2019, the CMA took the view that Amazon’s acquisition of a minority stake in Deliveroo could reduce the likelihood of Amazon re-entering the online restaurant delivery market and thus initiated a Phase II investigation. The CMA thus considered a dynamic counterfactual: in the absence of the merger, there would be enhanced competition in the market by the future re-entry of Amazon.

The enforcer found that the online restaurant delivery market is highly concentrated with just three large suppliers operating in the UK: Deliveroo, Just Eat and Uber Eats. Amazon operated a competing online food platform in the UK until November 2018 (para. 7). The CMA went on to hold that the deal gave rise to a realistic prospect of a significant lessening of competition as a result of horizontal unilateral effects in the supply of online convenience groceries in the UK. According to the CMA’s provisional findings, Amazon’s investment in Deliveroo was strategic, offering rapid food delivery is important to the company, and so it may have looked to invest in an alternative business absent the merger (paras. 8 and 9; paras. 163 to 179).

Limb 1: Deliveroo would, most likely, exit the market without receiving funding from Amazon through the acquisition. The company has a pressing need for additional funding and Covid-19 lockdown caused significant declines in Deliveroo revenues (on the supply side, the company has experienced a significant reduction in the number of restaurants operating during the crisis, and the restaurants that have closed or reduced operations have included major brands; on the demand side, Deliveroo stated it had experienced a significant decline in customer orders);

Limb 2: Deliveroo has no alternative options available to it to preserve its business. The three main options explored by the company for raising additional funds were additional funding from existing shareholders; external funding from potential new shareholders; or some form of debt funding. The CMA considered the particular structure of Deliveroo’s business and its need for regular external funding to continue to grow its business and compete. It held that while securing additional funding from other sources may have been possible before the coronavirus outbreak, the pandemic has severely limited the availability of finance for early-stage businesses. Furthermore, alternative sources of funding (e.g. from new shareholders) would not likely be available within the required timeframe. The CMA thus considered that this requirement was met due to a “combination of exceptional circumstances”;

Limb 3: as the case did not involve a full acquisition of Deliveroo by Amazon, the CMA applied the general principle underlying this test, thus assessing whether the effect of the transaction is “substantially less competitive than Deliveroo’s exit”. In its assessment, the CMA concluded that Deliveroo’s exit would be more detrimental to customers and competition than the transaction, as the market is highly concentrated. Deliveroo has had a substantial and growing market share in recent years and it has been a major driver of competition for new customers, as well as an important competitive constraint on the largest existing supplier, Just Eat. Furthermore, exit by Deliveroo would result in significantly weaker competition (higher prices and/or less expansion or innovation from the other two leading players) over an extended period of time, even if Amazon ultimately re-entered the market successfully.

Limb 1: it is worth recalling that, in the 2011 Olympic/Aegean Airlines decision, despite the global impact of the financial crisis, most notably in Greece, the Commission considered that the parties had met “some financial difficulties” over the recent months but ultimately, for a number of reasons (see paras. 1992 to 2070), it considered that the first limb of the FFD test was not met. Two years later, in 2013, in what has been called an “embarrassing reversal” (see here, page 10), the parties re-notified the transaction and the Commission cleared the deal based on the FFD (see here and here). In Amazon/Deliveroo, despite the overall economic uncertainty as to the impact of Covid-19, the CMA held that the current crisis was having a significant impact on Deliveroo’s business. Having regard to the cashflow forecasts and financial information provided by Deliveroo, and the advice received by its directors, the CMA was persuaded that, without an assurance that it will receive additional funds in the immediate future, Deliveroo’s directors would be obliged to declare it insolvent. The CMA thus concluded that Deliveroo would have been likely to exit the market as a result of the Covid-19 crisis without additional funds. Inevitably, while a case-by-case analysis and strong evidence-based submissions will be required and certain sectors will be more affected than others, competition agencies should be ready to face the Covid-19 economic impact as leading to severe long-lasting effects.

Limb 2: in Amazon/Deliveroo, although some potential alternative investors may have been available prior to the coronavirus outbreak, that was no longer likely to be the case having regard to the pandemic.  While it is true that parties may lack time to provide convincing evidence suggesting that they have sought to find less anti-competitive purchasers, Amazon/Deliveroo suggests that this requirement can actually be met. This is particularly likely to occur should the target be especially affected by Covid-19 and depend upon regular external funding to continue its business. Indeed, these circumstances interpreted under the balance of probabilities standard (“the most likely counterfactual”, at para. 4.65; see also here) should offer some encouragement to parties wishing to rely on the FFD.

Limb 3: the FFD is successful where the parties persuade competition agencies that, absent the merger, the same restriction of competition in the market would arise, as the CMA held for instance in East Coast Buses/First Scotland (para. 73) or the former Competition Commission held in British Salt/New Cheshire Salt Works (para. 5.25). However, in Amazon/Deliveroo the CMA held that, absent the merger, competition would be significantly weakened. The rationale appears to be somewhat similar to the Commission’s reasoning in BASF/Eurodiol/Pantochim (para. 151). Indeed, following other cases such as Bottomline Technologies/Experian Limited or Paypal/Izettle, in Amazon/Deliveroo the counterfactual was one of a dynamic nature and the case draws the attention for its impact on the FFD (see here). That is to say, beyond a formalistic analysis of causality (see here), the case confirms that parties may wish to submit evidence-based dynamic counterfactual analysis as to the overall competitiveness of the market: as mentioned, a key aspect of the CMA’s assessment in Amazon/Deliveroo was the fact that Deliveroo was a major driver of market competition and, absent the merger, competition would be weakened due to the company’s exit, even if Amazon ultimately re-entered the market successfully.

It is therefore clear that events which occur during the review of a deal, including the business impact of Covid-19, but which are not a result of the merger, can be incorporated into the counterfactual. Overall, the CMA appears ready to consider new evidence regarding financial difficulties caused by Covid-19 as “a matter of urgency”, react quickly and reassess its findings (see here). Indeed, while it remains a difficult argument to run, Amazon/Deliveroo reinforces the parties’ incentives to build a strong FFD, provided they can support their propositions, thereby seeking clearance of otherwise problematic deals.