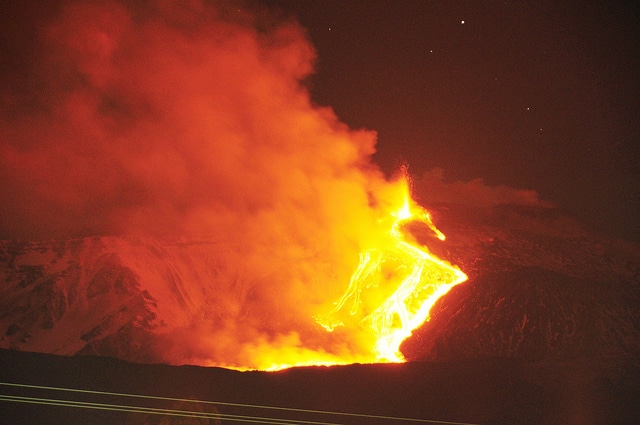 Aid to remedy the damage caused by natural disasters can be granted only if the damage is the direct consequence of the disaster and the amount of aid must be limited to the actual damage suffered by each individual undertaking. Absence of documentary evidence can lead to absolute impossibility to recover incompatible aid.

Article 107(2) TFEU declares three categories of aid to be compatible with the internal market. This means that aid granted for the purposes allowed by Article 107(2) is not subject to an assessment by the Commission on whether its benefits outweigh the distortions it causes. However, Member States still have to comply with requirements stemming directly from the Treaty. In numerous decisions, the Commission has interpreted and elaborated these requirements and Member States have to ensure that their measures are in conformity with the Commission’s decisional practice which has been endorsed by EU courts in numerous cases.

The aid that is permitted by Article 107(2) concerns social aid granted to individuals, compensation for damage caused by natural disasters or exceptional occurrences and aid to remedy the effects of the division of Germany. Germany is no longer divided, so this provision has not been applied in the past 25 years. Social aid to individuals is rarely granted and exceptional occurrences, well, occur only exceptionally. Therefore, most aid that is granted on the basis of Article 107(2) is intended to compensate for the damage suffered from natural disasters such as earthquakes, severe floods and major forest fires.

The case which is reviewed in this article is a lesson of the mistakes that Member States should avoid. The Commission, in decision 2016/195, ordered the recovery of aid that had been granted in the form of reduced taxes and social insurance contributions. The ostensible purpose of the aid was to offer relief to companies that suffered damage from natural disasters in certain regions of Italy.[1] The aid, granted through several measures, benefitted undertakings which were based or otherwise located in areas affected by various natural disasters that occurred in Italy over a twenty-year period.

Why the aid measures were poorly designed

Since there was no doubt that the measures constituted State aid, the Commission focused on their compatibility. Its first task was to verify whether they concerned “natural disasters” in the meaning of Article 107(2)(b).

In addition, the measures had to satisfy the following conditions:

Italy identified regions affected by earthquakes, floods and volcanic eruptions. The Commission accepted that these events constituted natural disasters within the meaning of Article 107(2)(b).

However, it found that the measures in question suffered from serious problems [paragraph 123]:

In a nutshell, Italy targeted the affected regions but failed to limit the aid to the truly affected companies and for the amount that corresponded to the extent of the damage. Not all the companies located in an effected region necessarily suffered damage. And even if they suffered damage, there was no direct correspondence between the benefits from reduced taxes and contributions and the amount of the damage.

Inevitably, “(124) the Commission concludes that the schemes provided benefits not just to undertakings that suffered actual damage, but to all companies having their registered office or place of business in the areas designated as disaster areas by the Italian authorities, irrespective of whether they actually did suffer any damage as a result of the respective disaster.”

“(125) In the light of the above, the measures under investigation are not, by their nature and operational arrangements, designed to ensure that the aid granted is limited to the amount needed to make good the damage caused by natural disasters.”

However, several interested parties from Italy submitted comments to the Commission arguing that “(132) […] the aid provided for by some of the measures was granted only after the actual damage suffered by each undertaking had been verified.” In response, the Commission pointed out that “the measures in question are not, by their nature and operational arrangements, designed to rule out any form of overcompensation of damage, and only to make good the damage caused by the natural disaster. […] [T]heir scope is far wider, because they do not require that the aid be linked directly to the damage suffered as a result of the natural disaster. […] Even where beneficiaries are required to prove that they have suffered heavy damage, […], the legislation does not limit the amount of aid to the ascertained loss caused by the floods. […] A link [between the disaster and the damage] must be established at the level of the individual undertaking, and not at the macroeconomic level.” [Emphasis added]

Consequently, the Commission found the measures to be incompatible with the internal market.

Claimed reasons for not enforcing recovery of incompatible aid

The Commission also responded to the argument that the aid was granted more than 10 years earlier so it was subject to the 10-year period of limitation laid down in Article 15 of procedural Regulation 659/1999. According to the Regulation, the powers of the Commission to order recover aid cover only aid that is granted within the previous 10 years. The Commission observed that “(142) […] the limitation period is interrupted by any action taken with regard to the unlawful aid by the Commission, or by a Member State acting at the Commission’s request, and starts running afresh after each interruption. The Commission was informed of the existence of the measures in 2011, and took action with regard to the unlawful aid by requesting information from the Italian authorities on 25 July 2011. The Commission adopted the decision opening the formal investigation on 17 October 2012; the law introducing the first of the measures under investigation had been adopted by Italy on 27 December 2002. Thus the limitation period for recovery of the aid which is laid down in Article 15 of Regulation (EC) No 659/1999 has not expired in respect of any of the rebate measures dealt with in this Decision.”

In addition, “(143) […] it should be borne in mind that mere inaction on the part of national or Community institutions cannot provide grounds for legitimate expectations.”

The Commission also addressed a number of arguments alleging that it was absolutely impossible for the Italian authorities to recover the aid. In the case law it is well-established that Member States must do everything possible within their powers to recover incompatible aid. The only two defences are legitimate expectations, which as seen in the previous section did not succeed, and absolute impossibility. But simply claiming that it is difficult or impossible to recover the aid is not enough. Normally, it is not accepted that it is absolutely impossible to recover aid if the Member State in question has not even tried to get the aid back. But in this case, the Commission did not insist that Italy ought first to try to effect recovery.

The Commission noted that “(146) Member States usually raise this argument in discussions with the Commission after the adoption of a decision ordering recovery. However, in this case, Italy has argued prior to the adoption of the decision that for certain measures recovery should not be ordered because it would be absolutely impossible to implement the order. Since Italy raised this issue in the course of the formal investigation, and since a general principle of law states that no-one can be required to do the impossible, the Commission considers it appropriate to deal with the question in the Decision itself.”

“(147) It should first be recalled that the Court of Justice has consistently given a very strict interpretation to the concept of ‘absolute impossibility’. The condition that recovery must be absolutely impossible is not fulfilled where the Member State merely informs the Commission of the legal, political or practical difficulties involved in implementing the decision. The only instance where ‘absolute impossibility’ can be accepted is where recovery would, from the beginning, be impossible in objective and absolute terms.”

“(148) In the case at hand, the Italian authorities have repeatedly argued that a precise calculation of the amount of incompatible aid to be recovered is absolutely impossible. Under the Italian tax law, they say, undertakings have a duty to keep business and accounting records only for 10 years. The documentary evidence of damage caused by a natural disaster has to be assembled on the basis of official documents (business and accounting records) drawn up at the time of the event. For events that happened more than 10 years ago, therefore, it is no longer possible to determine the amount of damage suffered by individual beneficiaries, or the amount already compensated from other sources, such as insurance or other aid measures. For most of the measures under investigation, more than 10 years have elapsed since the natural disaster.”

“(149) Under Article 107(2)(b) of the TFEU, aid ‘to make good damage caused by natural disasters’ is compatible with the internal market, and aid is incompatible and must be recovered only if it exceeds the damage suffered. However, the vast majority of beneficiaries that have suffered damage as a result of natural disasters that occurred more than 10 years ago no longer have the documents needed to show that they suffered damage, or to prove the amount of the damage suffered, because under Italian law companies are not required to keep business and accounting records for more than 10 years.” “(150) […] Therefore, the Commission accepts that for natural disasters that occurred more than 10 years before the date of the present Decision it is legally and factually impossible to obtain the information necessary to calculate the precise amount of incompatible aid to be recovered. To enforce a recovery order under these conditions would therefore be impossible in objective and absolute terms.”

“(151) However, the impossibility of calculating the precise amount of incompatible aid to be recovered does not apply to undertakings that did not have a place of business (such as their principal place of business or another business unit) in the area affected by the natural disaster at the time of the event. These beneficiaries […] must not be excluded from recovery, since they could not have suffered any direct damage caused by the natural disaster, and consequently could not be entitled to aid that was compatible with the internal market under Article 107(2)(b) of the TFEU.”

This is a textbook case of how aid measures for remedying the damage caused by natural disasters should be designed. The link between the natural disaster and the damage suffered has to be established at the level of the individual company.