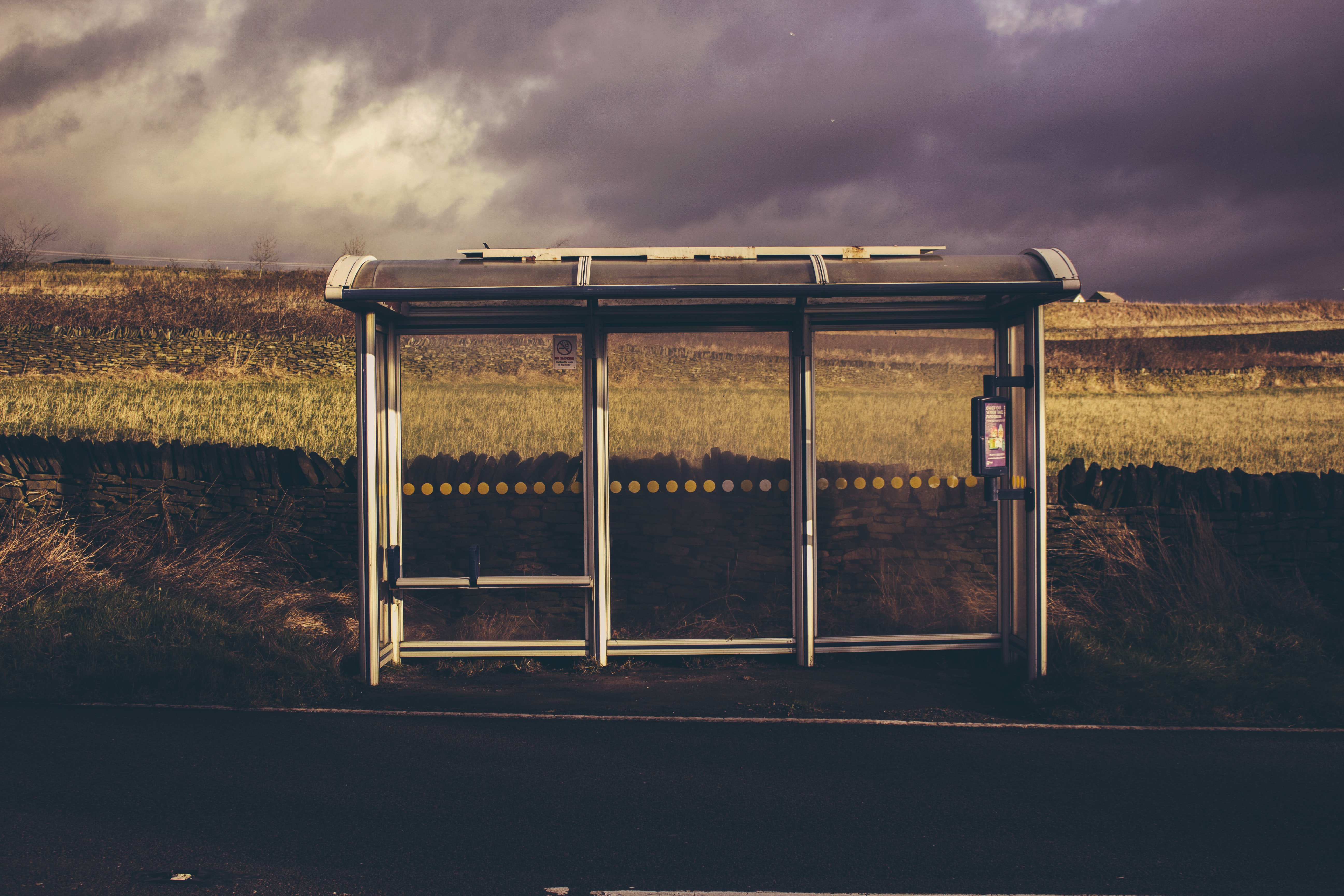 The principle of res judicata cannot be used to avoid recovery of incompatible State aid.

As of 3 April 2020, the Commission has approved 29 measures submitted by 16 Member States.
Article 107(3)(b) is the legal basis for 26 of those measures, while Article 107(2)(b) is the legal basis for the remaining three measures.
Grants, repayable advances and tax exemptions are provided in 11 measures, subsidised guarantees in 16 measures, and subsidised interest rates in only 6 measures.
On 3 April 2020, the Commission also revised the Temporary Framework. The revised text clarifies certain provisions and widens the scope of the Framework to allow aid for:

1.    research on covid-19;
2.    establishment of testing and upgrading infrastructures;
3.    investment in the production of covid-19-relevant products;
4.    tax deferrals and/or suspensions of employers’ social security contributions;
5.    wage subsidies for employees to avoid lay-offs.

Buonotourist is an Italian bus company, licensed to provide scheduled transport services. After it incurred losses on certain routes, it asked the authority responsible for the region in which it was operating to compensate those losses. Initially the regional authority refused. Following Buonotourist’s appeal to a local court, the regional authority was compelled to provide the compensation. At that point, Italy notified the compensation to the Commission which, after a formal investigation, concluded that the compensation did not satisfy the Altmark conditions and, consequently, constituted State aid. Furthermore, the aid did not conform with Regulation 1370/2007 and had to be recovered.

There were several reasons why the compensation did not satisfy the Altmark conditions. First, the compensation was calculated ex post, after the services in question had been provided. Second, the public service obligation [PSO] was not clearly defined. It was more of a regulatory authorisation rather than an explicit obligation to provide specific services, on specific routes and on specific terms. Third, no ex ante parameters of compensation had been established.

Buonotourist advanced five different pleas not all of which are reviewed here because some of them were about procedural issues of little interest or relevance.

It should be noted that on the same day, the Court of Justice ruled in a very similar case [C-587/18 P, CSTP Azienda della Mobilità v Commission] which is not reviewed in this article because the text of the judgment is almost identical.

Buonotourist first argued that the aid should have been considered as existing aid because it was exempted from notification on the basis of the old Regulation 1191/69.

The Court of Justice noted that “(47) Article 17(2) of Regulation No 1191/69 required, inter alia, that PSOs be imposed unilaterally and that compensation be calculated in accordance with the method laid down in Articles 10 to 13 of that regulation.”

“(49) The Commission had no evidence that pricing obligations had actually been imposed on the appellant.” “(50) The Commission was entitled to take the view that the criterion for determining ex ante the amount of compensation was not satisfied.”

“(51) The General Court therefore held, …, that, since the measure at issue failed to comply with at least one of the substantive criteria laid down in Regulation No 1191/69, the Commission had been right to conclude that that measure could not be exempted from the obligation of preliminary notification under Article 17(2) of that regulation and, consequently, had to be categorised not as existing aid but as new aid to be notified to the Commission, in accordance with Article 108(3) TFEU.”

The European State Aid Law Quarterly is available online and in print, and our subscribers benefit from a reduced price for our events.
Unilateral obligations

Buonotourist claimed that the compensatory aid satisfied the Altmark conditions.

First, the Court of Justice recalled the reasoning of the General Court according to which “(62) Article 107(1) TFEU does not apply to State intervention regarded as compensation for the services provided by the recipient undertakings in order to discharge public service obligations, so that those undertakings do not enjoy a real financial advantage and the measure thus does not have the effect of putting them in a more favourable competitive position than the undertakings competing with them”.

“(63) A State measure which does not comply with one or more of the Altmark conditions may be regarded as State aid within the meaning of Article 107(1) TFEU”.

“(65) The General Court confirmed, …, the Commission’s conclusion, …, that the existence of a unilaterally imposed PSO had not been demonstrated and that, consequently, the first Altmark condition was not satisfied.”

Buonotourist contended that trade was not affected.

The Court of Justice endorsed the reasoning of the General Court that “(79) the domestic activity of the Member State concerned could be maintained or increased as a result of the measure at issue, with the result that the opportunities for undertakings established in other Member States to enter the market in question may be reduced. … the fact that the appellant was also in competition with undertakings from other Member States also on other markets, on which it was active, was a factor of such a kind as to show that the grant of the aid which was the subject of the measure at issue was capable of affecting trade between Member States.”

Res judicata and the powers of the Commission

Buonotourist argued that the judgment of the local court was final, i.e. it had the force of res judicata, and therefore, the Commission could not find the aid to be incompatible with the internal market.

Indeed, this argument is quite interesting because it presents a legal conundrum. In this case, Italy was ordered by a national court to pay the compensation. It could not refuse. If Italy believed that the compensation was free of State aid, then it would have no reason to refuse to pay it. If on the other hand, it thought that the compensation would constitute State aid, it would infringe Article 108(3) by paying it. In the end Italy paid it and then notified the payment to the Commission. As it turned out, it was found to be not only State aid but incompatible aid. Since, however, the granting of illegal State aid does not entail a penalty for the Member State concerned, Italy bore no consequences.

This is how the Court of Justice explained the resolution of this conundrum. “(90) Proceedings may be brought before national courts in matters relating to State aid which require them to interpret and apply the concept of aid referred to in Article 107(1) TFEU, in particular with a view to determining whether a State measure has been introduced in infringement of Article 108(3) TFEU. In contrast, national courts do not have jurisdiction to give a decision on whether State aid is compatible with the internal market. The assessment of the compatibility of aid measures or an aid scheme with the internal market falls, in fact, within the exclusive competence of the Commission, subject to review by the EU courts”.

“(91) National courts must refrain, in particular, from taking decisions running counter to a Commission decision.”

“(92) However, in the converse situation, in which there was a decision of a national court relating to a State measure prior to the Commission decision, it also follows from that case-law that that fact cannot prevent the Commission from exercising the exclusive jurisdiction conferred on it by the FEU Treaty as regards the assessment of the compatibility of aid measures with the internal market.”

“(93) The exercise of such a power implies that the Commission may examine, pursuant to Article 108 TFEU, whether a measure constitutes State aid which should have been notified to it, in accordance with paragraph 3 of that article, in a situation where the authorities of a Member State have taken the view that that measure did not satisfy the conditions laid down in Article 107(1) TFEU, including where those authorities have complied, in that regard, with the assessment of a national court.”

“(94) That conclusion cannot be invalidated by the fact that that court has adopted a decision having the force of res judicata. It should be emphasised that the rule of exclusive competence of the Commission is necessary in the internal legal order as a consequence of the principle of the primacy of Union law”.

“(95) On the basis of the exclusive competence of the Commission, EU law precludes the application of the principle of res judicata from preventing the recovery of State aid granted in infringement of that law, the incompatibility of which has been established by a Commission decision which has become final”.

“(96) The application of the principle of res judicata cannot prevent the Commission from finding the existence of unlawful State aid, even if such a categorisation had been previously ruled out by a national court adjudicating at last instance.”

“(97) The Commission had the power to examine the measure at issue pursuant to Article 108 TFEU, since, …, it constituted unlawful aid, even though that measure had been the subject of a decision of the [national court]”.

“(98) That conclusion is not called into question by the appellant’s argument alleging infringement of the principle of the protection of legitimate expectations.”

“(99) It must be recalled that the right to rely on that principle extends to any person whom an institution of the European Union, by giving him or her precise assurances, has led him or her to entertain well-founded expectations”.

The popular literature on investment strategies is replete with examples of investors who, instead of cutting their losses, throw good money after bad money. Buonotourist is a case of waste of legal time and money. It should not have been appealed to the Court of Justice.

1  The full text of the judgment can be accessed at:
http://curia.europa.eu/juris/document/document.jsf?text=&docid=224064&pageIndex=0&doclang=EN&mode=lst&dir=&occ=first&part=1&cid=403486.