You are here: Lexxion > State Aid Blogs > State Aid Uncovered > An Exception Is Not Necessarily Selective: The Case of the Spanish Tax Lease [1] 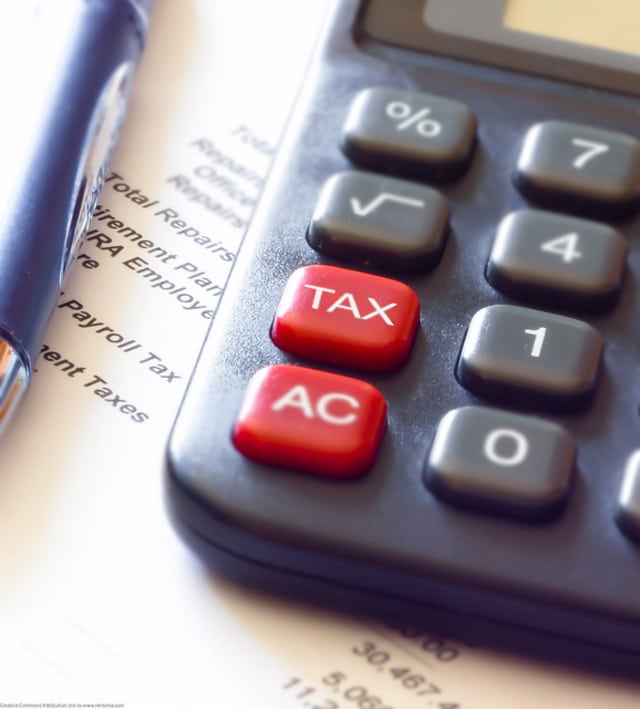 An exception from a tax system is not selective if it is a priori open to any tax payer. Checks by tax authorities to ensure that a measure is applied correctly do not constitute exercise of administrative discretion that may render a measure de facto selective. The impact of a measure on trade and competition cannot be merely presumed just because it may apply to any sector. Rather, it must be shown to be reasonably expected as a result of the application of the measure to the specific situation of the beneficiaries.

A year ago in two judgments – Autogrill and Banco Santander – the General Court made legal history by laying down the principle that an exception from a tax system is not necessarily selective if it is open to any undertaking that may want to benefit from it. Now, in another tax case, again involving Spain, the Court is making history again by restating and elaborating that principle. In its judgment of 17 December 2015 in case T-515/13, Spain v Commission, the General Court reiterates that the Commission, when it claims that a measure constitutes a deviation from the reference tax system, is obliged to demonstrate that such a measure is open only to certain undertakings.[2] Otherwise, if the measure does not exclude a priori any undertaking it can have a general application regardless of the fact that it is an exception.

Moreover, the Court clarified that even if the same measure has indirect effects which are selective because the measure targets certain categories of undertakings or certain sectors it can still be general in nature in relation to its direct effects or direct beneficiaries. In other words, a measure can offer tax benefits to any undertaking even if the benefits are granted on condition that investments are made in a particular sector. The direct benefits can be general, while the indirect benefits can be specific or selective.

The case at hand was an appeal for annulment of Commission decision 2014/200 on a Spanish tax measure concerning leasing of tangible assets [Spanish Tax Lease (STL)]. The measure targeted shipbuilding companies in Spain and enabled them to sell more ships because ship-owning companies could obtain a 20-30% rebate. The Commission found the measure to constitute incompatible aid and ordered its recovery. The measure itself was based on a very complex structure interjecting between the shipbuilders and shipowners intermediate leasing companies and investors. “Economic Interest Groups” [EIG] were set up to channel investments in leasing companies. The purpose of the leasing companies was to “convert” the various gains created by the agreements between shipbuilders and shipowners into tax credits for the investors in the EIG. In other words, investors in the EIG obtained tax benefits, while their investments ultimately benefitted shipyards and shipping companies. The Commission itself described the STL as made up of five interconnected sub-measures, three of which constituted State aid to the EIG and their shareholders.

The General Court focused its analysis on whether the STL was selective in character. It observed in paragraph 124 of the judgment that the Commission had found the STL in its entirety and its various components to be selective for two reasons. First, Spanish tax authorities exercised their discretion by approving tax benefits only in relation to acquisition of ships [termed “sectoral selectivity” by the Court]. Second, three of the sub-measures applied only to certain activities. The Court then decided that in order to determine whether the STL was selective or not, it had to examine whether it applied only to specific transactions and whether the exercise of administrative discretion by the Spanish tax authorities made the STL selective in practice. [Paragraph 138]

The General Court first recalled the principle expounded in the judgments in T‑219/10, Autogrill v Commission, and T-399/11, Banco Santander v Commission, both of which concerned another Spanish tax measure. In those cases, the measure in question was the favourable tax treatment of amortisation of goodwill from acquisition of foreign companies. The General Court had found that the fact that the favourable treatment of acquisition of foreign companies was a deviation from the normal system of taxation in Spain [because acquisition of domestic companies was not eligible for similar treatment] was not sufficient to prove that that measure was selective. The Commission had failed to demonstrate how the exception from the tax system applied only to certain sectors or companies. It was possible that any company could benefit from it, despite the fact that it was an exception.

Then the Court went on to observe that any investor from any sector could benefit from the advantages emanating from owning shares in the EIG. Furthermore, there was no threshold for eligible share-owning or amount of investment. On the basis of this reasoning,. It rejected the view of the Commission that the STL conferred a selective advantage to investors in EIG. [Paragraphs 141-144]

Because the two judgments of the General Court in Autogrill and Banco Santander are under appeal [in cases C‑20/15 P & C‑21/15 P], the Court also reviewed the relevant case law on selectivity to corroborate the correctness of its finding that investors in the EIG obtained no selective advantage. The Court referred to the landmark cases C‑156/98, Germany v Commission [tax incentives for investment in firms in the new German Laender were not State aid at the level of the investors but were State aid at the level of the companies invested in], T‑445/05, Associazione Italiana del Risparmio Gestito v Commission [tax incentives for investment in collective funds specialising in SMEs in Italy were not State aid for the investors but were State aid for the collective funds, their managers and the firms in which the funds invested], and T-34/02, Le Levant 001 v Commission [tax incentives for investments in ships were State aid for the shipping companies but not necessarily for the investors]. The Court concluded that the existence of a tax advantage is not by itself sufficient to prove that the advantage is selective. In the cases it reviewed the advantage was open to any investor. [Paragraphs 146-149]

Towards the end of the judgment, the Court turned its attention to the argument that the investors in the EIG obtained a selective advantage because the EIG invested in ships. The Court rejected this argument because it considered that the Commission did not show how the actions of the EIG could be attributed to their investors. [Paragraphs 170-172]

In other words, the fact that a measure is selective in relation to some of the categories of beneficiaries does not necessarily mean that it is also selective for every other category of beneficiaries. The existence of advantage and the selectivity of such an advantage have to be proven separately for each of the possible categories of direct and indirect beneficiaries. And, of course, as the General Court explained, the fact that an advantage is conferred does not necessarily mean that the advantage is limited only to certain undertakings or investors.

The Court went on to examine the second possible feature of the STL that could make it selective, which was the administrative discretion of the Spanish tax authorities.

The Court first recalled the principle that when a public authority can exercise administrative discretion an otherwise general measure may become selective if the authority can limit (or widen) the scope of potential beneficiaries [the Court referred to the landmark case C‑256/97, DM Transport] [paragraph 157]. But in the very next paragraph the Court observed that any investor had access to the STL under the same conditions. The Court accepted the view of Spain that the relevant authorities merely confirmed that the investments in question were in fact made in ships, as required by the STL, that the exercise of their discretion did not affect the eligibility of any potential investor and that there was no other element of the application of the STL that was subject to their discretion [paragraphs 159-160].

The Commission concluded that the STL affected intra-EU trade because investors in the EIG were active in different sectors of the economy, some of which were open to international trade. The advantages from the STL strengthened their competitive position and therefore distorted competition. The Court considered that the Commission correctly drew on C‑222/04, Cassa di Risparmio di Firenze which established that when State aid strengthens the position of an undertaking in relation to other undertakings active in sectors whose products are traded internationally, then it must be presumed that the aid distorts competition. The Court also agreed with the Commission that when the Commission assesses a scheme it is not required to establish that each beneficiary competes with undertakings in other Member States. Rather the Commission can limit itself to a general assessment of the overall scheme.

The above notwithstanding, the Court stated that the Commission had to duly justify its findings and provide sufficient evidence about the predictable results of the measure in question. Here the Court referred to the case C‑494/06 P, Commission v Wam. It went on to observe that the Commission assertion that investors in the EIG were active in several sectors was too general and could refer to any State aid measure. [Paragraph 198]

In the case of the STL, there were contractual clauses in the agreements between shipyards and the EIG whereby the shipyards undertook to compensate investors in the EIG in the event that the latter would not be able to obtain the expected tax benefits. Because of these clauses the recovery order of the Commission explicitly stated that the investors would have to be prevented from passing on the obligation to repay the incompatible aid to other parties. The Court noted this requirement that the Commission imposed on Spain and concluded that, in these circumstances, the Commission should have explained how the aid could affect competition in the event that investors were not able to obtain the tax benefits. [Paragraph 199]

Just like in its analysis of the selectivity of the STL, the Court at this point too referred to other cases where affectation of trade was established and explained that in each of those cases there was evidence that the aid in question could affect trade in the particular situations in which the aid was granted [paragraphs 200-203]. In other words, the impact on trade was not merely presumed but it was shown to be reasonably expected in those situations.

On the basis of the above considerations, the General Court annulled Commission decision 2014/200.

[1] I am grateful to Jorge Bertrán Pérez-Hickman for insightful comments on an earlier draft.

[2] The text of the judgment in languages other than English can be accessed at: