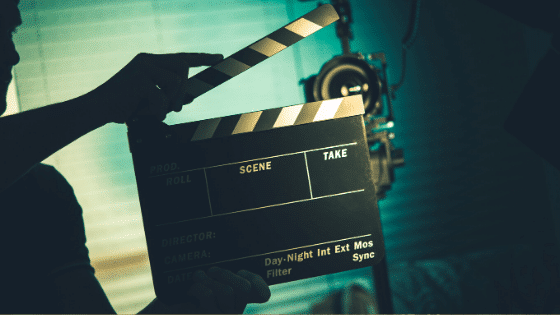 A public authority that injects capital in an undertaking [or provides any other kind of finance] must ensure that the funding can achieve the rate of return that can, in principle, satisfy a private investor. The rate that can satisfy a private investor and ensure that the funding is free of State aid is the rate that covers the cost of capital for that particular investment. It is not necessary that the expected rate of return maximises profit or achieves the highest possible return among all investment opportunities.
Introduction
In this article I review the judgement of the General Court in joined cases T-319/12 and T-321/12, Spain v Commission.[1] Spain appealed against Commission Decision 2013/126 concerning State aid to film studios Ciudad de la Luz. This is a good example of how it can be determined whether injections of public capital contain State aid. This is also an excellent example of why it is almost impossible that State aid in the form of capital injection can be found to be compatible with the internal market, if it is not explicitly designed for that purpose. This is because such capital injection becomes operating aid that is normally not intended to fit into any of the categories of exemption in the second or third paragraph of Article 107.The project undertaken by Ciudad de la Luz

The Autonomous Community of Valencia (Spain) decided to invest in the creation of film studio Ciudad de la Luz [CDL], near Alicante. CDL was created in November 2000 with a registered capital of EUR 600,000. Its share capital was initially held at 75% by the Autonomous Community of Valencia. The rest of the capital was held by the private production company Aguamarga whose task was to manage and promote the studios.

Between November 2001 and May 2004, the share capital of the CDL was increased three times. All shares of Aguamarga were bought out in July 2004. CDL was 100% owned by the Community of Valencia.

Following complaints, the Commission assessed the capital injections and concluded that they did not conform with the private investor principle. It further found that they constituted incompatible aid that had to be repaid.

The main arguments of the applicants focused on how the Commission applied the principle of private investor and whether aid was compatible with the internal market.

Existence of State aid and application of the private investor principle

The General Court, in its judgment of 3 July 2014, acknowledged at the outset that the Commission had wide discretion when examining complex measures.

With respect to the threshold of profitability that must be achieved by the hypothetical private investor, the applicants were of the view that the Commission should have compared the profitability of CDL with the average yield of the sector.

The Court first noted that the Commission did not use the average rate of return in the sector in order to assess the profitability of CDL in its application of the criterion of the private investor. In fact the Commission compared the projected yield of the studio with the opportunity cost of capital. The cost of capital was calculated according to the capital asset pricing model [CAPM]. [paragraph 38] On the basis of the CAPM, the cost of capital is derived from the following formula: K = Rf + (Rm – Rf)β, where K is the cost of capital, Rf is the risk-free rate [usually that of government bonds], Rm is the average market return, and β is a coefficient that indicates how a specific share fluctuates in relation to the market.

The Court, however, also acknowledged that the case law does not require that the hypothetical private investor achieves the highest possible return of all investment opportunities in the economy or even in the particular sector. What the case law requires is only consideration whether it would be economically rational for a private investor to commit his money in the particular project. Moreover, the behaviour of a private investor, which should be compared with that of a public investor is not necessarily that of an ordinary investor pursuing short-term profit. The relevant benchmark of behaviour must be that of a private holding company pursuing a structural policy and is guided by prospects of profitability in the longer term [paragraphs 39-41] the Court cited the following cases to support this position: SFEI, C-39/94; WestLB, T-228/99; Belgium v Commission, C-142/87; Italy v Commission, C-305/89; Cityflyer Express v Commission, T-16/96.

The Commission, according to the Court, is entitled to use, in the context of the application of Article 107(1), the value of the average return in the sector as an analytical instrument among others to determine whether the recipient undertaking obtains an economic advantage which it would not have available to it under normal market conditions. Moreover, the use of average industry performance does not relieve the Commission of its obligation to make a complete analysis all relevant elements of the transaction at issue and its context [paragraphs 42-45].

In response to the argument that the Commission had used such an average return in other cases, the Court explained that State aid is an objective concept that is applied to the facts of each case. The classification of a measure as State aid cannot depend on a subjective assessment by the Commission and must be determined independently of any previous administrative practice of the Commission [Freistaat Sachsen v Commission, C-57/00 P; Regione Autonoma della Sardegna v Commission, T-171/02] [paragraph 46].

With respect to the method for establishing whether the project was sufficiently profitable, the Court, first, accepted that the Commission correctly ignored the investment of Aguamarga. This was because it had invested not as an investor for seeking profit in the longer term but as a service provider who provided working capital in the initial phases of the project.

Second, it rejected the argument that there was no State aid because public authorities were guided by independent reports. Indeed, a private investor must determine the profitability of the project on an ex ante basis, but the General Court stressed that no case law establishes that the existence of independent reports is sufficient for excluding the existence of State aid. Member States must still decide whether the reports are appropriate and correct.

Next the Court turned its attention to the issue of the discretion of a private investor. Spain argued that a positive net present value is sufficient and that an investor always has a significant margin of discretion. It should be noted that indeed it is true that an investor should undertake a project with positive NPV. But the outcome of the NPV calculation depends on the rate of discount which is used. If the rate of discount is far below the cost of capital, as in this case, then an otherwise loss-making project can show positive results. The Court correctly rejected the plea that the Commission used a faulty methodology in this respect.

With respect to the discretion of a private investor, the Court made a distinction between the estimate of probable project performance, in which a certain margin of discretion exists for the public investor, and the decision whether the performance is sufficient to justify the investment. For the latter decision, the margin of discretion is narrower, since it is possible to compare the transaction in question with other investment opportunities.

Then the Court devoted a large part of its judgment going through and rejecting the many doubts raised by the applicants on the specific figures used by the Commission in the CAPM formula.

The next plea to be considered by the Court was that the Commission wrongly excluded from its calculations revenue from a hotel and other facilities adjacent to the studios. The Court agreed with the applicants. The Court disagreed with the view of the Commission that the hotel and other facilities fell outside the framework of the project. The relevant issue was whether they would generate additional revenue due to the activity of the studios. If they would become more profitable as a result of the operation of the studios, that extra profitability would be taken into account by a private investor. A private investor takes into account all effects of a project. The fact that the hotel and facilities were not strictly within the project of the film studios did not mean that a private investor who owned the hotel would fail to take into account that the film studios would make the hotel more valuable. However, the Court did not annul the Commission decision on these grounds because even after taking into account the extra income from the hotel, the profitability of the studios did not improve much [paragraphs 129-137].

The Court supports the view of the Commission that the aid was not compliant with regional aid rules for the simple reason that CDL had not made at least 25% of the investment from its own resources which had to be free of State aid.

The Court then rejected the arguments advanced by the applicants that the aid could be compatible with cultural aid The project could not be considered as aiming to support heritage conservation. Any type of audiovisual content, as for example, advertisements could be produced by the studios. No evidence was provided purporting to show that films shot at the studios had satisfied any verifiable cultural criteria. All elements thus tended to show that CDL produced films on a purely commercial basis.

Despite the fact that the Commission had approved aid for film production in Spain and Valencia in the past, the aid in this measure was not compatible with the rules concerning aid to cinematography because it did not meet the fourth criterion of compatibility, namely the prohibition of granting aid to specific production activities.

In addition, the aid was not shown to be either necessary, or proportionate, so that it could be exempted on the basis of Article 107(3)(c) or (d). The Commission noted in its decision that there was a highly competitive market in film production. There was no evidence of market failure or shortage of supply of the services in question [paragraph 168].

More importantly, the General Court pointed out that absence of film studios in the Valencia region does not prove market failure [paragraph 168].

The overall lesson that should be drawn from this case is rather simple. If a measure is not designed explicitly at the outset to be free of State aid, it is very difficult afterwards to ensure the compatibility of State aid that is included in that measure by mistake.

A public authority that injects capital in an undertaking [or provides any other kind of finance] must be absolutely sure that the funding can achieve the rate of return or profitability that would satisfy a private investor.

The rate that would ensure that the funding is free of State aid is not the rate that maximises profit or achieves the highest possible return in the universe of investment possibilities, but a rate that covers the cost of capital for that particular investment [i.e. it takes into account the specific risk of that investment].