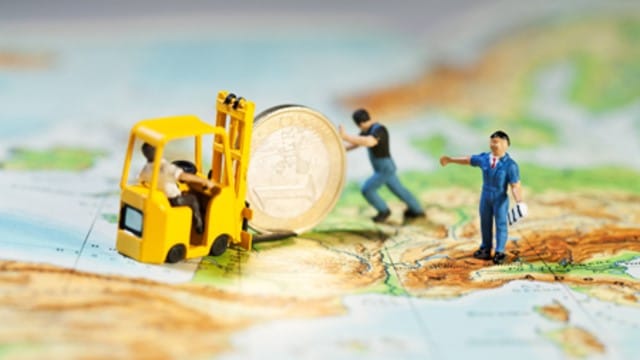 On 23 July 2020, the Commission published its draft Regional Aid Guidelines that will apply to aid granted as of 1 January 2022.[1] [The regional aid articles in the GBER will remain valid until 31 December 2023]. On the same day, the Commission also published a background study[2] summarising the main changes in the Guidelines and the motivation behind them. Stakeholders were invited to submit comments during a 10-week consultation period.[3]

The Regional Aid Guidelines are the first of the next generation guidelines to be made available for public consultation.

The draft Guidelines take into account the results of the fitness check that was launched in January 2019. In addition, the Commission plans a mid-term review of the regional aid maps in 2024, which will take into account statistics of the years 2020 to 2022. The maps will remain valid from 2022 until 2027.

In a nutshell, the draft Guidelines are a bit simpler and clearer than the current ones. Gone is the maddening concept of “new process innovation”. [I believe it has been applied only once in the case of paper manufacturer Hamburger Rieger (see case SA.43624)].

Regional aid may be granted only when:

(5) The advantages of the aid in terms of the development of a less-favoured region must outweigh the resulting distortions of competition.

(9) The guidelines apply to schemes and individual aid.

(12) They are not applicable to fisheries, agriculture [except processing & marketing of agricultural products], transport, energy, broadband and research infrastructures. [The latter two sectors are now excluded because no regional aid has been granted in these sectors since 2014.]

(15) Aid for large enterprises in Art 107(3)(c) areas may be granted only for initial investments that create new economic activities in these areas.

(16) Operating aid is allowed only for SMEs in particularly disadvantaged Art 107(3)(a) areas, or for additional costs in outermost regions or to prevent/reduce depopulation in very sparsely populated areas.

(18) Undertakings in difficulty are excluded from the guidelines.

19) Outstanding incompatible aid will be taken into account in the assessment of regional aid.

(23) Aid must be notified when the amount from all sources exceeds the thresholds in the table below:

Wage costs [over two years] of jobs created from initial investment, or

Combination of investment and wage costs, but not exceeding either.

(28) For SMEs, 50% of preparatory studies are also eligible costs.

(38) Eligible costs must be predefined and fully attributable to the problems that the aid is intended to address.

(39) In outermost regions, operating aid can compensate for the additional operating costs incurred as a direct result of their permanent handicaps such as remoteness, insularity, etc. [see the provisions of Article 349 TFEU]. Those additional costs must be quantified in relation to the level of costs incurred by similar undertakings established in other regions of the Member State concerned. [While it is difficult for Member States to prove definitively that similar undertakings bear lower costs, it is at the same time easy for them to be “creative” in the data they select.]

(77) Regional aid can only be found compatible with the internal market if it has incentive effect. Incentive effect is present when the aid changes the behaviour of an undertaking in a way that it engages in additional activity contributing to the development of an area, which it would not have engaged in or would only have engaged in in a restricted or different manner or in another location without the aid. The aid must not subsidise the costs of an activity that an undertaking would have incurred in any event and must not compensate for the normal business risk of an economic activity. [The first part of the last sentence is clear. The second part is less so. It is not obvious how normal business risk may mean or can be determined.]

(78) The existence of incentive effect can be proven in two possible scenarios:

(83) SMEs and large enterprises must explain counterfactually what would happen if they did not receive the aid.

(85) Member States must carry out a credibility check of the counterfactual and confirm that regional aid has the required incentive effect.

(95) To ensure predictability and a level playing-field, the Commission applies maximum aid intensities for investment aid.

(100) First, for notifiable schemes, these maximum aid intensities serve as safe harbours for SMEs: as long as the aid intensity remains below the maximum permissible, the aid is deemed proportionate.

(101) Second, for all other cases, the maximum aid intensities are used as a cap to the net-extra costs approach described in paragraphs 103 and 104.

(102) As a general rule, the Commission will consider notifiable individual aid to be limited to the minimum, if the aid amount corresponds to the net extra costs of implementing the investment in the area concerned, compared to the counterfactual in the absence of aid, with maximum aid intensities as a cap. Likewise, in the case of investment aid granted to large enterprises under notified schemes, Member States must ensure that the aid amount is limited to the minimum on the basis of a ‘net-extra cost approach’, with maximum aid intensities as a cap. [In other words, Member States have to apply two limits, with the lower limit being binding.]

(103) For scenario 1 situations (investment decisions) the aid amount should therefore not exceed the minimum necessary to render the project sufficiently profitable, for example to increase its IRR beyond the normal rates of return applied by the undertaking concerned in other investment projects of a similar kind or, when available, to increase its IRR beyond the cost of capital of the company as a whole or beyond the rates of return commonly observed in the industry concerned.

(104) In scenario 2 situations (location decisions), the aid amount should not exceed the difference between the net present value of the investment in the target area with the net present value in the alternative location. All relevant costs and benefits must be taken into account, including for example administrative costs, transport costs, training costs not covered by training aid and also wage differences. However, where the alternative location is in the EEA, subsidies in that other location are not to be taken into account. [This means that subsidies outside the EEA can be taken into account. This is allowed also under the current Guidelines.]

(105) Calculations used for the analysis of the incentive effect can also be used to assess whether the aid is proportionate. The Member State must demonstrate the proportionality on the basis of documentation such as that referred to in paragraph 89.

(106) Investment aid may be awarded concurrently under several regional aid schemes or cumulated with ad hoc aid, provided that the total aid from all sources does not exceed the maximum permissible aid intensity per project that must be calculated in advance by the first granting authority. Cumulation checks must be carried out both when the aid is granted and when the aid is paid out. [To prevent excessive aid whenever aid is granted via automatic tax measures.]

(111) For the aid to be compatible with the internal market, the negative effects of the aid measure in terms of distortions of competition and impact on trade between Member States must be limited and outweighed by the positive effects in terms of contribution to the objectives of common interest.

(117) The Commission identifies a number of situations where the negative effects of the regional investment aid manifestly outweigh any positive effects, meaning that the aid cannot be declared compatible with the internal market.

Creating overcapacity in a market in absolute decline

(120) The Commission considers it to be a negative effect, which is unlikely to be compensated by any positive effect.

(123) In scenario 2 cases (location decisions), where without aid the investment would have been located in a region with a regional aid intensity which is higher or the same as in the target region this will constitute a negative effect that is unlikely to be compensated by any positive effect because it runs counter to the very rationale of regional aid.

(124) Where the investment serves to allow the beneficiary to relocate an activity to the target area, if there is a causal link between the aid and the relocation, this will constitute a negative effect that is unlikely to be compensated by any positive elements.

128) In appraising the negative effects of individual aid, the Commission distinguishes between the two counterfactual scenarios.

(129) In scenario 1 cases, the Commission places particular emphasis on the negative effects linked with the build-up of overcapacity in declining markets, the prevention of exit, and the notion of substantial market power.

(140) If the counterfactual analysis suggests that without the aid the investment would have gone ahead in another location (scenario 2) which belongs to the same geographical market considering the product concerned, and if the aid is proportional, possible outcomes in terms of overcapacity or substantial market power would in principle be the same regardless of the aid. In such cases, the positive effects of the aid are likely to outweigh the limited negative effects on competition. However, where the alternative location is in the EEA, the Commission is particularly concerned with negative effects linked with the alternative location and therefore if the aid results in the manifest negative effects described in paragraph 124 the aid cannot be found compatible with the internal market because it is unlikely to be compensated by any positive element.

The last part of the draft Guidelines explains how the eligible areas are to be delineated. Article 107(3)(a) areas are those with per capita income less than 75% of the EU average, measured at PPS, plus the outermost regions [i.e. the regions covered by Article 349].

Article 107(3)(c) areas fall into two categories: those which are “pre-defined” by the Commission [former “a” areas and sparsely populated areas] and those that can be designated by the Member States.

The draft Guidelines indicate the total population coverage of EU27 and for each Member State. For the EU as a whole, 47% of its population will be in areas, “a” or “c”, eligible for regional aid.

For about a third of the Member States the change in the coverage from the previous period will be marginal because their relative income has not changed or because eligible areas are switched from “a” status to “c” status which means that even though the overall population share remains stable, for some areas the maximum aid intensity rates will decline. But for most Member States, the overall changes will be significant.

The coverage will decrease for the following Member States:

The coverage will increase for the following Member States:

France, Italy, Hungary, Netherlands, Sweden. This group contains relatively prosperous Member States. The surprising increase for them is mostly the result of expansion of the coverage of “c” areas.

[1] The full text of the RAG can be accessed at:

[2] The text of the study can be accessed at: