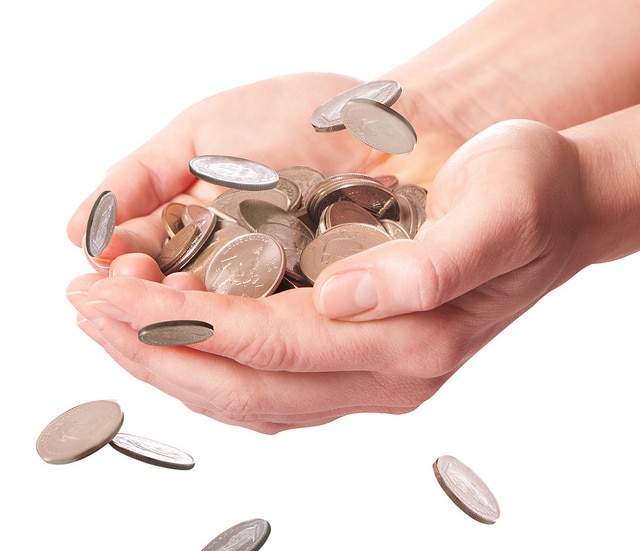 Incompatible State aid must be recovered from “successor” companies which acquire previously aided companies and enable the latter to continue their operations without any change.

In this article I review two decisions in which the Commission determined that incompatible aid had to be recovered from “successor” companies. Those were companies which had obtained the assets of the initial aid recipients. The Commission ordered the recovery of the incompatible aid also from the successor companies because it found that there was “economic continuity” between the legal entities that received the aid and the legal entities that eventually acquired ownership of the aided assets.

NCHZ was a chemical company that went bankrupt and was eventually acquired by another company called Fortischem. When NCHZ got into financial difficulty, Slovakia declared NCHZ to be a strategically important company. A consequence of NCHZ being considered to be strategically important was that it had to continue operations despite its financial problems. This meant that its deficit and therefore debt kept accumulating.

The Commission examined whether the non-payment of money that NCHZ owed to several state-owned entities during the period of its enforced operation was State aid. NCHZ was burdened with liabilities over non-payment of legally required amounts concerning social insurance, health insurance, environmental contributions, real estate tax, motor vehicle tax and waste tax.

Slovakia argued that the act that defined certain companies as strategically important was a general measure fulfilling certain conditions laid down in the act. The Commission’s response was that:

The measure was selective because it prevented the application of the normal bankruptcy rules to NCHZ. The Commission also found that the act was adopted a month after NCHZ became bankrupt and was subsequently applied only to NCHZ.

NCHZ obtained an economic advantage because its given status as strategically important prevented the administrator, creditors and bankruptcy court from discontinuing its operations as its debts mounted.

Although the Commission went on to find that NCHZ received State aid, which was incompatible with the internal market, before it ordered Slovakia to recover the aid, it had to determine who was the ultimate beneficiary of the aid. This is because NCHZ was eventually acquired by another company – Fortischem.

Economic continuity with the successor company

The Commission orders recovery of incompatible aid from any direct or indirect beneficiary. In this case NCHZ was the direct beneficiary. However, Fortischem could also have benefited indirectly from the aid if it acquired assets at below market prices.

In general, when subsidised assets are sold through open procedures, the buyer is presumed not to receive any indirect aid because the market price incorporates the aid that was previously granted. The new owner obtains no undue advantage.

By contrast, when ownership is transferred to another company without an open procedure, then it cannot be excluded that the new owner derives some benefit from the aid. In order to establish whether there is potential spillover of aid, the Commission examines the following factors: i) the selling price, ii) the scope of the transaction, iii) the identity of the buyer, iv) the timing of the sale, and v) the economic rationale of the operation. The findings of the Commission with respect to each of these factors were as follows:

Although Fortischem acquired NCHZ via tender, the Commission had doubts that the tender resulted in a true market price because there were conditions attached to it [the new buyer had to maintain production at a certain level and would have to keep the business for a certain period of time]. In addition, if the highest bidder was not willing to undertake these commitments, then the highest bidder who was willing to assume those commitments was given the opportunity to match the higher bid.

The doubts of the Commission were compounded by two other facts. First, the sale was completed not via tender but through a private transaction where the price was negotiated with Fortischem. Second, NCHZ was sold as a bundle including all its assets and liabilities. The Commission thought that this approach depressed the price that could be realised from the sale because it included liabilities that could have been avoided through the bankruptcy procedure.

In order to avoid economic continuity, sold assets have to be only a part of the previous company. NCHZ was transferred intact to Fortischem, with all its assets and liabilities.

The Commission found no previous links between NCHZ and Fortischem.

Timing of the sale

The sale took place after the Commission began its investigation, therefore, Slovakia was aware that the measure could be found to be incompatible State aid.

Economic logic of the transaction

The Commission examined whether the NCHZ assets were continued to be used as in the past or whether they were incorporated in Fortischem’s activities, possibly in order to benefit from economies of scale, rationalisation of operations or other synergies. It found that the portfolio of activities of NCHZ and Fortischem were identical. Fortischem did not change the use of the acquired NCHZ assets.

On the basis of the above, the Commission concluded that only the name of NCHZ changed and there was economic continuity between NCHZ and Fortischem. Since the aid had already been found to be incompatible with the internal market, it instructed its recovery from NCHZ and eventually from Fortischem.

Hidroelectrica entered into ten-year contracts with the other two companies that committed it to buy all electricity produced by them in certain of their plants at prices that were to be fixed according to the costs of production.

The Commission had to examine whether the prices paid by Hidroelectrica conferred an advantage to Termoelectrica and Electrocentrale Deva. There was no doubt that the long-term contracts were a measure that was attributed to the state because the relevant ministry was involved in the negotiations and approved the contracts.

Existence of advantage in long-term contracts

Because prices of electricity varied over time and according to the quantity purchased, the Commission could not establish a reliable benchmark that corresponded to the same contract duration and terms as those between the three companies. It therefore, carried out an econometric analysis which enabled to remove the influence of different quantities and time periods. It was then able to determine that prices paid by Hidroelectrica were significantly higher than corresponding market prices for equivalent quantities and time periods.

The Commission also checked whether Hidrolectrica had behaved like a market economy operator [MEO]. It used two tests: i) whether alternative and cheaper sources of supply of electricity were available, and ii) whether Hidroelectrica could sell the electricity it bought from those two companies at a profit.

The Commission also found no commercial explanation why Hidroelectrica committed itself to buy all of the output of certain plants for a ten-year period at prices fixed not according to market levels but on the basis of production costs.

The Commission concluded that the contracts were intended to shore up the expensive, coal-fired generation capacity of the two companies. The prices paid by Hidroelectrica included State aid that had to be recovered because it was incompatible with the internal market [operating aid with no remedial effects such as extra investment]. The aid amount was the difference between the actual prices and the prices determined by the Commission’s econometric analysis.

Recovery from the successor company

At the time of the decision, both Termoelectrica and Electrocentrale Deva were transferred to a newly created company called CEH. As the Commission explained in its decision, “(117) […] the fact that a company is insolvent and cannot pay back the aid is not a reason to exempt it from recovery. In such cases, the restoration of the previous situation and the elimination of the distortion of competition may, in principle, be achieved by registration of the liability relating to the repayment of the aid in the schedule of liabilities. Where the State authorities are unable to recover the full amount of aid, the registration of the liability can meet the recovery obligation only if the insolvency proceedings result the definitive cessation of the undertaking’s activities. However, where the undertaking which received the unlawful aid is insolvent and a company has been created to continue some of the activities of the insolvent undertaking, the pursuit of those activities may, where the aid concerned is not recovered in its entirety, prolong the distortion of competition brought about by the competitive advantage which that company enjoyed on the market as compared with its competitors. Accordingly, such a newly created company may, if it retains that advantage, be required to repay the aid in question. This would for instance be the case if, before the liquidation of the beneficiary of the aid, the assets having benefited from the aid are transferred, as a going concern, to a daughter company created to continue the activity of the beneficiary (economic succession). Moreover, if the beneficiary undertaking is merged with another undertaking, transferring all its rights and obligation to the merged entity, the obligation to repay the aid is also transferred to the latter (legal succession).”

The Commission found that all the assets and obligations of the two companies were transferred to CEH. It therefore instructed recovery of the incompatible aid from CEH.

[2] The full text of the decision can be accessed at: