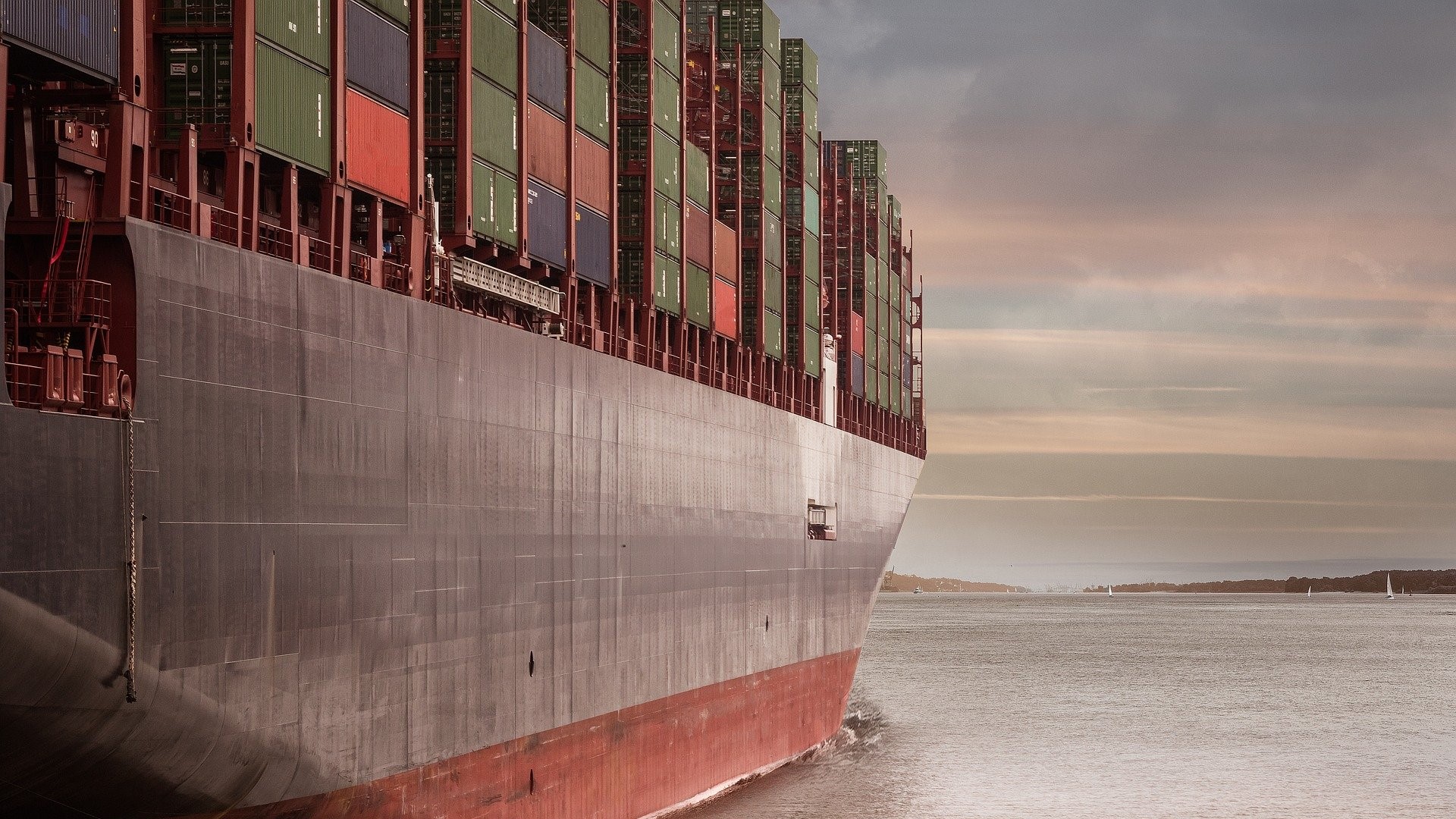 For a service to be in the general economic interest, it must be shown to fill a gap in the market or to offer what the market fails to provide adequately.

Services of general economic interest [SGEI] are important for the functioning of European societies. However, the granting of compensation to an undertaking for the provision of SGEI must comply with State aid rules regardless of the fact that the State obliges that undertaking to provide the SGEI and that the undertaking incurs extra costs in doing so.

Any overcompensation is automatically incompatible with the internal market and has to be paid back to the State with interest.

Commission decision 2020/1411 on State aid granted by Italy to the Adriatica, Caremar, Siremar, Saremar and Toremar shipping companies of the Tirrenia Group examined compliance with the relevant rules on State aid for SGEI.[1]

On the same day, Commission decision 2020/1412 was also published.[2] This decision also concerned State aid in the form of compensation that had been granted to Tirrenia di Navigazione [TN]. In this case, however, the Commission also examined possible aid to the acquirer of TN. Compagnia Italiana di Navigazione [CIN] purchased TN when it was privatised through a competitive sale. The problem here was that the contract to provide SGEI was bundled with the sale of the company. In other words, by buying TN, CIN also acquired the contract to provide the services, and the concomitant right to compensation. In the end, the Commission concluded that the sale of the company with the contract complied with the four Altmark conditions; a rare feat for any Member State!

The two decisions come to a total of 150 pages [or 850 paragraphs]. Therefore, this article is in two parts. Part I deals with the first decision and part II with the second. In this way, common elements do not have to be repeated and differences can be more explicitly highlighted.

Part I: Aid to Adriatica and Saremar

Some of the aid was existing aid. Here I review only the Commission’s assessment of aid that was deemed to be new.

Application of the 2012 SGEI rules

The public service compensation received by Adriatica was examined in light of the rules in the Commission’s 2012 SGEI Decision and the 2012 SGEI Framework.

More specifically, the Commission verified whether:

• Provisions on SGEI in the TFEU
• Recent Developments on SGEI in the Case Law
• The SGEI Communication & Altmark Criteria
• The SGEI Framework, Decision & de minimis Regulation
• Practical Challenges in Funding of SGEI
• SGEI and Social Sector

The Commission began by stressing that Member States may designate a service as an SGEI only when the market fails to provide adequately.

“(229) According to paragraphs 12 and 13 of the 2012 SGEI Framework, the aid must be granted for a genuine and correctly defined SGEI. In particular, Member States cannot attach specific public service obligations to services that are already provided or can be provided satisfactorily and under conditions, such as price, objective quality characteristics, continuity and access to the service, consistent with the public interest, as defined by the State, by undertakings operating under normal market conditions.”

“(230) In the absence of specific Union rules defining the scope for the existence of an SGEI, Member States have wide discretion to define what they regard as an SGEI and, consequently, the definition of such services by a Member State can be questioned by the Commission only in the event of manifest error.”

Then the Commission went on to examine the State of maritime services on the routes operated by the companies in question. Because the analysis of the Commission is extensive and detailed [and repetitive], below I highlight only the main issues in relation to Adriatica and Saremar.

“(235) The Commission has to assess whether there were competing operators on these routes offering services similar or comparable to those offered by the public operator and that would meet the requirements laid down by the public authorities.”

“(236) Adriatica was tasked with a mission of general interest entailing costs that the company would not have incurred had it acted according to its own commercial interest.”

“(239) Adriatica’s competitors did not provide a service offering the same guarantees in terms of the quality of the ships used and, inter alia, the regularity and frequency of service.”

“(241) The Commission considers that the Italian authorities were entitled to cover operating losses in respect of scheduled services to ports serving remote regions of the Union where the operation of market forces would not ensure a sufficient service level. On the basis of the above, the Commission considers that the granting of public subsidies for the operation of this route can in principle be justified.”

“(256) Against this background, the Commission concludes that the maritime services provided by Adriatica […] constituted genuine SGEIs as Adriatica was the only company ensuring regular and reliable ferry passenger and freight transport services on these routes.”

“(258) The Commission considers that the operation by Saremar of the Sardinia/Corsica (Santa Teresa/Bonifacio) route meets a genuine need that could not have been satisfied by the market alone.”

“(260) The service provided by the competitor did not to meet the regularity and frequency requirements imposed by the Italian authorities. Moreover, the operator in question was not consistently present throughout the off-season.”

“(261) The Commission considers that the objective, which is the expression of a legitimate public need expressed by the local and regional authorities concerned, of providing a year-round scheduled service between two insular regions, could not be met by the free play of market forces. The international route operated by Saremar thus constituted a genuine SGEI.”

“(262) In line with paragraphs 15 and 16 of the 2012 SGEI Framework, the beneficiaries were explicitly entrusted with the provision of the services in question by means of the Initial Conventions and, for the applicable time-periods, the five-year plans, which clearly specify the content and duration of the public service obligations, the beneficiaries and the compensation mechanism.”

(263) The Initial Conventions are public service contracts concluded by the Italian State with each of the five Regional Companies of the former Tirrenia Group. These contracts imposed on the companies the obligation to provide the services (in terms of lines, frequencies, type of vessels and fares […] the Initial Conventions prescribed that the amount of annual subsidy be established on the basis of an application submitted by the beneficiary and approved by the Ministry. The Initial Conventions detailed the various revenue and cost elements to be taken into consideration for the calculation of the compensation and the return on invested capital. Article 3 of the Initial Conventions provided also arrangements for avoiding and recovering any overcompensation. On the one hand, the Regional Companies were obliged to communicate immediately to the Ministry any relevant change in the results foreseen in the submitted application, so that the compensation could be adjusted promptly. On the other hand, the absence of overcompensation was also controlled ex post and the Regional Companies were obliged to return to the State any amount received in excess.”

Proportionality of the compensation

“(265) According to the information provided by Italy, the compensation granted to Adriatica and Saremar for the operation of the international routes corresponded to the net loss recorded on the route.”

“(266) As regards the reasonableness of the compensation, […] Commission considers that the compensation was limited to the net costs incurred in the provision of the services and the return allowed to the operator was reasonable, in line with paragraphs 21 and 22 of the 2012 SGEI Framework. Moreover, […] separate accounts per line were kept for all the public service activities imposed by Italy on the Regional Companies. Therefore, it can be concluded that the Regional Companies complied with the obligation of transparency introduced by Commission Directive 2006/111/EC (see paragraph 18 of the 2012 SGEI Framework).”

Although the Commission was initially concerned that the public compensation covered ineligible investment costs, it eventually established that the vessels used on the designated routes were acquired at market rates and on market terms.

“(270) With regard to the cost of acquiring new vessels, […]: (i) these purchases were made partly with the company’s own resources and partly by means of bank loans; (ii) the interest rates charged by the credit institutions involved were in line with rates enjoyed during the same period by companies of comparable size and turnover in other sectors of the economy; (iii) the Regional Companies did not enjoy any direct guarantee from the Italian authorities for the repayment of these loans.”

“(272) The provision of SGEI presupposes the use of vessels of a type and capacity specified in advance by the public authorities, whose depreciation may thus be taken into account when calculating the annual compensation, provided that the vessels in question were acquired by the company under normal market conditions and in order to perform the tasks entrusted to it and are used exclusively for scheduled transport services on the routes covered by the agreement.”

“(273) The Commission notes that all the vessels in question were used exclusively for public services and that, as a result, their depreciation may be fully taken into account in the calculation of the annual subsidy.”

“(274) In light of the above, the Commission also observes that the need to amortise the investments required for the provision of the service justified the relatively long duration of the period of entrustment (see paragraph 17 of the 2012 SGEI Framework).”

Distortion of competition contrary to the interest of the Union

At this point, the assessment of the Commission turned negative for Adriatica because it had participated in a price-fixing cartel.

“(278) However, as regards Adriatica, the Commission notices that, between 30 October 1990 and July 1994, Adriatica was involved in a price fixing cartel for the tariffs for commercial vehicles on the Brindisi/Corfu/Igoumenitsa/Patras route, in contravention of Article 101 TFEU, while it was receiving aid to operate that route.”

“(279) The public service compensation paid for the operation of the Brindisi/Corfu/Igoumenitsa/Patras route from January 1992 to July 1994, when the beneficiary was involved in the price fixing cartel prohibited by Article 101 TFEU, cannot be considered compatible with the internal market. While the purpose of the public service compensation was precisely to facilitate the transport of goods and passengers in the Brindisi/Corfu/Igoumenitsa/Patras route, the beneficiary of the aid participated in a price fixing cartel that inhibited the transport of goods in that exact same route. Therefore, Adriatica’s participation in the cartel was in direct contradiction with the purpose of the SGEI aid that was granted to Adriatica in order to facilitate maritime transport in that route.”

“(280) It follows that the finding of incompatible aid and consequently the ordering of recovery of that aid would not constitute a new penalty, as claimed by Italy. Such incompatibility merely results from the aid recipient’s participation in a cartel covering services that the recipient was supposed to make more accessible to consumers rather than cartelise them to the detriment of consumers.”

“(283) In view of the above considerations, the Commission concludes that the aid in the form of public service compensation to Adriatica for the operation of the Brindisi/Corfu/Igoumenitsa/Patras route between January 1992 and July 1994 is incompatible with the internal market.”

Therefore, the Commission concluded that “(290) the public service compensation granted to Saremar and Adriatica for [certain routes] constitutes new aid. Such aid is compatible with the internal market, with the exception of the aid granted to Adriatica for the period from January 1992 to July 1994 for the operation of the Brindisi/Corfu/Igoumenitsa/Patras connection that is incompatible with the internal market because it was closely connected to a cartel prohibited by Article 101 TFEU.”

The incompatible aid had to be recovered. The Commission also identified the company which had to repay the aid. For this reason, the Commission examined the possible economic continuity between Adriatica and Tirrenia and found that Tirrenia was liable as it acquired both the assets and liabilities of Adriatica and retained the identity of the commercial operations of Adriatica.

[2] The Commission decision, published in the same issue of the OJ, can be accessed at:

Photo by Alexander Kliem on Pixabay