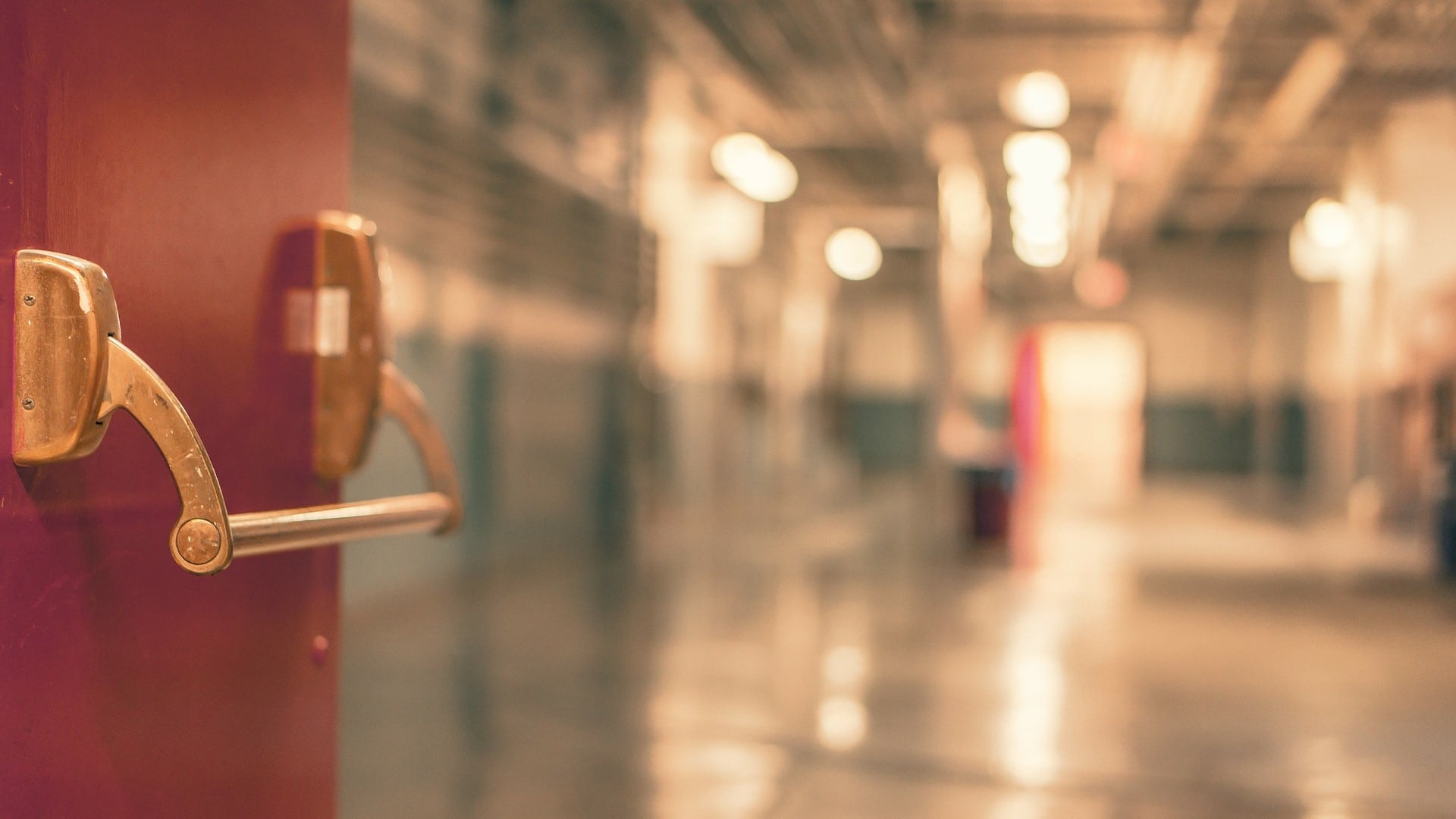 Public healthcare provided in accordance with the principle of social solidarity is not economic in nature.

There are two sectors where economic and non-economic activities mix and cause potential State aid problems: healthcare and education. Healthcare and education provided by public institutions do not differ much from healthcare and education provided by private institutions. The critical difference is not in the nature of the service but in the manner in which it is offered to patients and students. Services for which citizens have a right to and are paid by the state through obligatory charges, fall outside the realm of the market in which competing providers vie to attract customers according to their ability to pay. The does not operate according to rights and obligations, but according to ability to pay.

Even though competition is one of the defining characteristics of the market, in June 2020, the Court of Justice found, in joined cases C‑262/18 P and C‑271/18 P, European Commission v Dôvera zdravotná poist’ovňa & Union zdravotná poist’ovňa, annulled a previous judgment of the General Court that had ruled that the Slovak health insurance system was economic in nature because health insurance companies competed for clients. For the Court of Justice, the social solidarity elements over-trumped the competition elements. This judgment was reviewed here on 30 June 2020

The judgment caused a flurry of comment and some consternation because the Court of Justice considered that the General Court had erred by giving “undue significance” to the competition elements. According to the Court of Justice, the “existence of a certain amount of competition” is consonant with the social solidarity principle if competition improves the “quality and scope of services”.

Therefore, the findings of the Court with respect to the extent of competition that is not sufficient to turn a non-economic activity into economic are unlikely to be applicable to other cases.

Of more usefulness is likely to be a Commission decision on a related issue – the funding of public hospitals – that was made public towards the end of 2020. It too found that the functions of public hospitals were not economic in nature. The judgment of the Court of Justice and the decision of the Commission assess the two sides of public health systems: funding through compulsory insurance and universal provision of services.

After receiving a complaint from the Union of the Estonian Private Healthcare Institutions, the Commission investigated the funding that the Estonian Health Insurance Fund [EHIF] provided to public hospitals listed in the Hospital Network Development Plan [HNDP]. It concluded in decision SA.39324 that the public funding did not constitute State aid in the meaning of Article 107(1) TFEU.[1]

The main features of the Estonian public hospital system

All citizens are entitled to health services on a universal and affordable prices. Health insurance is compulsory and is based on the principle of solidarity [i.e. according to ability to pay not the state of health]. The system is supervised by the state and pursues a social objective. [paragraph 12 of the Commission decision]

The resources required for financing the public health insurance system are collected through a “social tax” which is calculated on the basis of personal income. The contribution is mandatory. The benefits do not depend on the amount of contributions paid by the insured persons. [para 13]

The EHIF, a public law legal entity, makes payments to healthcare providers. Almost the entire income of the EHIF is made up of health insurance contributions collected by means of the social tax. [para 14]

There are 20 public hospitals, called “HNDP” hospitals, each with its own catchment area. HNDP hospitals are selected on the basis of objective criteria according to the needs of the health system and are organised in such a way so that collectively they cover all medical needs of the population in each area while avoiding duplication of costly services. They are under state regulation. [paras 15-17]

The EHIF concludes contracts for the financing of medical treatment [abbreviated as FMT in the Commission decision] with the 20 HNDP public hospitals for a term of at least five years. Private hospitals [i.e. outside the HNDP system] are not entitled to FMT contracts with the EHIF. They provide healthcare services outside the EHIF-funded system against remuneration, paid either by patients directly or private health insurers. [paras 18-19]

FMT contracts between the EHIF and HNDP hospitals specify the treatment that is to be provided and reference prices which serve as a ceiling. [para 29]

The reference prices are calculated according to the standard costs of the service, i.e. the average cost of a specific treatment taking into account the quality of the treatment. The standard costs include direct expenses [e.g. staff, depreciation of equipment], support activities [e.g. laundry, sterilisation, waste management] and materials. [paras 30-31]

HNDP hospitals provide comprehensive public healthcare services to insured persons upon payment of a symbolic fee [around EUR 5] or free of charge. The fees do not generate more than 3% of the total medical costs of the treatments paid by the EHIF. [para 20]

In addition, HNDP hospitals also generate revenue by providing some services that are not covered by the EHIF, but are paid by patients or their private insurance [the so-called “additional activities”]. [para 21]

The Commission began its assessment of whether public funding constituted State aid by reiterating that under Article 168(7) TFEU, Member States remain free to organise their healthcare systems according to their preferences and priorities.

The Commission explained that, given the wide discretion conferred to them by the Treaty, Member States “(40) may choose to entrust the provision of publicly financed healthcare services […] to public hospitals rather than to private ones.”

Then the Commission examined how the HNDP hospitals were chosen and concluded that “(42) the public hospitals listed in the HNDP have not been randomly and arbitrarily chosen. Rather, the HNDP hospitals have been set up and selected […] according to their geographical location, their size and the variety of medical specialties that they provide”.

“(43) In that regard, the Estonian authorities have clarified that it would not be possible to rely on non-HNDP hospitals in order to ensure the attainment of the HNDP’s objectives. […] the non-HNDP hospitals are smaller hospitals providing only out-patient general or specialised healthcare services in only one or a few medical specialties.”

I am not sure how the Commission infers from Article 168 TFEU, which confirms the wide discretion of Member States, that hospitals must be designated according to some kind of pre-determined criteria. Would it be contrary to Article 168 if a Member State designated only public hospitals simply because those are the hospitals it owned and controlled?

“(44) In the light of the foregoing, the Commission considers that the choice of the Estonian authorities to ensure adequate public hospital healthcare services provided by hospitals (in terms of accessibility as well as complete range and quality of treatments) by means of the EHIF concluding contracts primarily with HNDP hospitals is covered by the Member State’ freedom under Article 168(7) TFEU to define its health policy and to organise the delivery of healthcare services and medical care. This choice does not in itself contravene Article 107(1) TFEU.”

The conclusion in the above paragraph confirms that Article 168 permitted the Estonian authorities to set up the HNDP system. But would it be contrary to the discretion afforded to Member States to choose randomly [see para 42 of the Commission decision]?

Next the Commission examined whether the beneficiary hospitals were undertakings engaging in economic activities.

“(50) In the Union, healthcare systems differ significantly between Member States. Whether and to what degree different healthcare providers compete with each other depends on national specificities.”

“(51) In some Member States, public hospitals are an integral part of a national health service and are almost entirely based on the principle of solidarity. Such hospitals are directly funded from social security contributions and other State resources and provide their services free of charge on the basis of universal coverage. Depending on the overall characteristics of the system, symbolic fees which only cover a small fraction of the actual cost of the service may not affect its classification as non-economic. The Union Courts have confirmed that, where such a structure exists, the relevant organisations do not act as undertakings.”

“(52) In other Member States, hospitals and other healthcare providers offer their services for remuneration, be it directly from patients or from their insurance. In such systems, there is a certain degree of competition between hospitals concerning the provision of healthcare services. Where this is the case, the fact that a healthcare service is provided by a public hospital is not sufficient for the activity to be classified as non-economic.”

“(53) In Estonia, the public healthcare system is based on the principles of solidarity and universal coverage, it pursues a social objective and its activities are subject to the supervision of the State”.

Public hospitals are an integral part of the public healthcare system

Next, the Commission examined whether the public hospitals were integrated in the healthcare system.

Interestingly, the Commission also clarified that “(56) HNDP hospitals may only charge fees which do not bear any relation with the actual cost of the service […] . In fact, these fees are minimal standard fees established regardless of the concrete nature and the gravity/complexity of the treatment. The purpose of such fees typically is merely to dissuade unnecessary medical treatment and overconsumption of public healthcare services. Moreover, …, the total amount of these fees only represents a very marginal part of the revenues earned by the HNDP hospitals for the provision of public healthcare services covered by the EHIF”.

Since competition is the hallmark of market activity, the Commission turned its attention to the possible competition between public and private hospitals.

In the Devora case, people could choose the insurer that offered extra benefits, despite the fact that premiums were fixed by the state. Similarly, patients in Estonia could conceivably choose a hospital according to the perceived quality of its services or length of waiting list, even if hospitals was located in such a way so as to serve all areas equally. The decision is silent on whether patients could seek treatment at a hospital outside their area or whether they would be turned away. At any rate, it is a bit surprising that at this point the Commission did not refer to the issue of competition as explained in the Dovera judgment, despite the fact that, as mentioned in the introduction, the judgment is case-specific.

Exclusion of cross-subsidisation of the “additional activities” of HNDP Hospitals

Lastly, the Commission assessed whether the EHIF funding allowed HNDP hospitals to cross-subsidise their additional activities that were not covered by the FMT contracts.

“(65) The Commission considers that the pricing methodology adopted reflects actual costs in an efficient and proportionate way, taking into account the constantly changing and complex cost drivers of healthcare services (caused e.g. by changing treatment recommendations, available budget or technological developments). In addition, the pricing methodology incentivises the HNDP hospitals to deliver an optimal service level at optimal costs to all citizens within the Estonian public healthcare system. Strengthening efficiency in the use of available resources with the aim of improving the quality of healthcare provision does not call into question the nature of the Estonian healthcare system, which is based on the principles of solidarity and universal coverage, and thus the nature of the activities of the HNDP hospitals, when providing healthcare services covered by the EHIF.”

Conclusion: How to ensure that public funding of healthcare services does not constitute State aid

Drawing on the Devora judgment and the Commission decision, the following four criteria need to be satisfied in order to exclude that public funding constitutes State aid:

Photo by Ryan McGuire on Pixabay.