You are here: Lexxion > State Aid Blogs > Guest State Aid Blog > How Reasonable The Private Investor May Be Assumed To Be? Corsica Ferries France 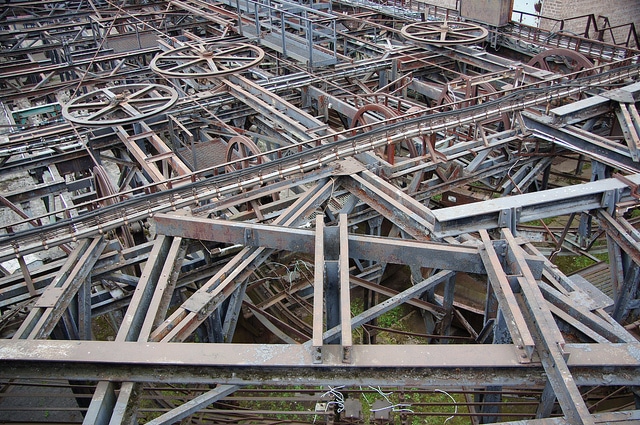 The following article summary is a contributory piece by Gian Marco Galletti. The full piece was published in the Common Market Law Review. Galletti is working as a researcher at the Dickson Poon School of Law since 2013. He is currently working on a PhD in European law under the supervision of Prof. Andrea Biondi. He holds an LLB with Distinction in Law from the University of Bologna (2008) and an LLM in European Litigation from the University of Luxembourg (2009). He is also admitted to practise as a lawyer in Italy.*

It is widely acknowledged that the wide discretionary powers enjoyed by the Commission when applying the market economy investor test («MEIT») clash with the objective nature of the notion of State aid as enshrined in Article 107(1). This is why the recent case law has attempted to circumscribe this discretion, by identifying both the procedural steps to be followed (C-224/12 P Commission v Netherlands and ING) and the type of factors to be taken into account (C-124/10 P Commission v EDF) when making the MEIT assessment. The ruling issued by the General Court in Corsica Ferries France (T-565/08)[1] is, in my view, to be fitted into this strand of jurisprudence. Its findings should be kept in the highest regard, though significantly downplayed by the Court of Justice on appeal (C-533/12 P and C-536/12 P).[2]

Let us focus on the essential factual features of the case. Société National Corse-Mediterranée («SNCM»), a French State-owned maritime company, was jointly acquired in 2006 by two private operators, Butler Capital Partners and Veolia Transport. The terms of the transaction required the French Republic, inter alia, to sell SNCM at a negative price of EUR 158 million, by means of a capital contribution of EUR 142.5 million and payment of the costs of the mutual benefit societies in the amount of EUR 15.5 million. In its decision, the Commission held that a private seller would have behaved in the same way as the French State did, as the hypothetical cost for liquidating the company was higher than the negative sale price. This was due to additional redundancy payments being included in the costs to be incurred in case of liquidation. As a result, the sale of SNCM did not amount to a State aid.

The main legal issue discussed before the General Court was whether the additional redundancy payments were to be included in the hypothetical overall cost of liquidating SNCM. According to the applicant, payments going beyond the strict statutory obligations and obligations linked to the privatisation agreements would not be made by a private investor guided by prospects of profitability. The Commission rebutted that, given the recurrent social disorders within SNCM, the provision of additional redundancy payments was necessary to protect the brand image of the French State.

This gives the General Court the opportunity of both shaping the substantive content and devising a comprehensive legal framework for the application of the MEIT to long-term investors.

With regard to the substantive content of the test, the General Court found that «in a social market economy, a reasonable private investor would not disregard […] the development of the social, economic and environmental context in which it continues to develop […] The long-term economic rationale of a reasonable private entrepreneur’s conduct cannot therefore be assessed without taking account of such concerns» (para 82). Therefore, the payment of additional redundancy benefits with a view to fostering a peaceful social dialogue and safeguarding the company’s brand image may in principle constitute a legitimate practice; as such, it could be lawfully included by the Commission when assessing whether State’s conduct fulfil the MEIT.

The benchmark against which the conduct of large groups of undertakings ought to be assessed is thus the «reasonable private investor». This investor would be guided by considerations of profitability over a longer period of time than the ordinary investor and, in so doing, would also take into account considerations of social, regional-development or environmental nature. The reason of the shift from the traditional paradigm of private investor to the reasonable investor, as suggested by the ruling, lies in the substantial strengthening of the social dimension of European integration resulting from the changes introduced by the Treaty of Lisbon, particularly the inclusion among EU objectives of a «highly competitive social market economy» (Article 3(3) TEU), the introduction of the «horizontal social clause» (Article 9 TFEU) and the reappraisal of service of general interest by a new EU competence.

As mentioned, the General Court also made a commendable attempt to frame the discretion enjoyed by the Commission when applying the test to reasonable private investors. The proposed framework has two layers. First, the Commission is required to define, particularly at the geographical and sectoral level, the economic activities of the Member State in relation to which the long-term economic rationale of the public measure under consideration had to be assessed. Second, the Commission must provide sufficient, objective and verifiable evidence to demonstrate that the enactment of the public measure constitutes a «well-established practice» among the reference private investors (i.e. large groups of undertakings). If the existence of a well-established practice cannot be substantiated, the Commission must prove that a State’s conduct was motivated by a reasonable and sufficient probability of obtaining a material benefit in the long-term. To that end, the nature of the damage prevented through the adoption of the public measure must be explained, and the stakeholders (users, clients, suppliers or staff) must be singled out. Once the would-be damage has been quantified, it is for the Commission to compare this amount to the costs arising from the State measure. According to the General Court, the decision of the Commission was flawed under all these respects.

Importantly, as emphasised by Advocate General Wathelet, both requirements of a «well-established practice» among the reference private investors and «reasonable probability» to obtain a material profit in the long term are reflected in the 1993 Commission Communication on the application of Articles 92 and 93 EEC Treaty to public undertakings in the manufacturing sector,[3] which remains to date the reference text when it comes to the private investor test. Regarding the former, State resources are to be classified as aid where they do not constitute «a genuine provision of risk capital according to the usual investment practice in a market economy» (para 14); as to the latter, according to the Communication the only projects not complying with the MEIT are those where there are «no objective or bona fide grounds to reasonably expect an adequate rate of return in a comparable private undertaking» (para 28).

Yet, the Court of Justice does not validate the legal framework described. The Court holds that the requirements laid down by the General Court in order to prove the long-term economic rationale of State’s conduct to the requisite legal standard must be confined to cases where the factual background is comparable to the case at hand. In spite of the need for increased legal certainty as recognised by the recent case law, the Court is unwilling to restrict the degree of discretion de facto enjoyed by the Commission in the evaluation of the conduct of public holdings and large groups of public undertakings. In particular, the Court seems to worry about the consequences of imposing on the Commission what would be, in its view, an excessive burden of proof. This is not a sound concern, in the present author’s view, especially if one considers the new procedural instruments made available to the State aid watchdog as a result of the entry into force of the amended Procedural Regulation,[4] notably the so-called Market Information Tool (Article 6(a) (6) and (7)).