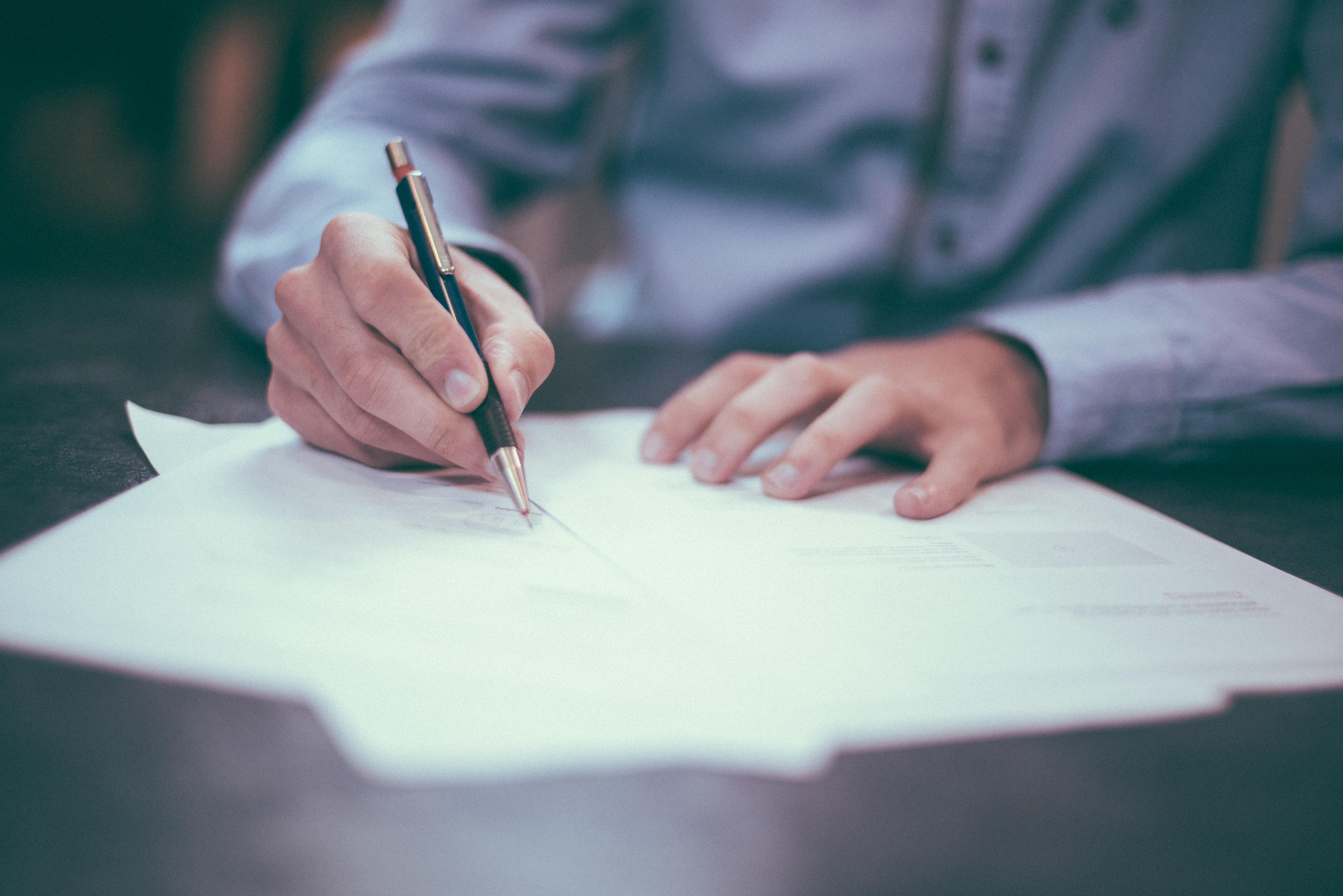 A competitor who wants to challenge a Commission decision authorising State aid without a formal investigation must, first, show that it is seriously harmed by the aid.

On 6 May 2019, the General Court ruled on a case brought by Scor, a French insurance company, requesting annulment of Commission decisions SA.37649 and SA.45860 concerning unlimited guarantees granted by France to Caisse centrale de réassurance [CCR] for the reinsurance of risks linked to natural disasters. The Commission found the measure to constitute State aid compatible with the internal market.

Scor had complained to the Commission on the grounds that the unlimited guarantee granted by France to CCR was not remunerated at a market price.

Third parties may challenge a Commission decision not to open the formal investigation procedure in case they are deprived of the right to put their views to the Commission.

Interested parties include any person, undertaking or association of undertakings whose interests could be affected by the aid, such as competitors of the beneficiary of that aid. According to the case-law, this is a large and undefined group of undertakings.

However, if a competitor questions the merits of a decision assessing the compatibility of the aid with the internal market, the mere fact that it can be considered as an interested party is not sufficient for any action it may bring to be admissible. It must show that it enjoys a special status in comparison to other competitors of the aid recipient. That is the case where its position on the market is substantially affected by the aid.

A competitor’s position is not considered to be substantially affected by the mere fact that aid is capable of influencing competition on the relevant market and that the undertaking concerned is in a competitive relationship with the beneficiary of the aid. Accordingly, an undertaking cannot rely solely on its status as a competitor of the beneficiary undertaking, but must establish that it is in a factual situation which distinguishes it in a manner analogous to that of the aid recipient. [paragraphs 37-44 of the judgment]

The relevant market and harm

Then the General Court proceeded to identify the relevant market and examine whether Scor’s market position was substantially affected by the aid in question.

At this point it is important to make the following observation. When the Commission assesses whether a measure constitutes State aid, it is not required to determine the relevant market for the purpose of establishing whether competition is distorted. This is because the case law says that when trade is affected, competition between the aid recipient and undertakings in other Member States is distorted. By contrast, when an undertaking claims that it is harmed by State aid, it must define the relevant market in order to demonstrate how the aid has affected its position.

In this connection, the General Court pointed out that it is not sufficient that the competitor simply makes less profit. [paragraph 62] The position of the competitor must be substantially affected.

Because Scor did not show that it suffered a substantial harm, the General Court rejected its claim to challenge the substance of the Commission decision.

However, the General Court accepted that Scor, as a mere competitor of CCR, still had the right to challenge the fact that the Commission did not open the formal investigation procedure. According to the procedural regulation, the Commission must open a formal investigation whenever it has serious doubts about the compatibility of the aid measure with the internal market.

The General Court went on to examine several arguments put forth by Scor why the Commission should have had doubts and, in the end, as seen below, rejected all of them.

Scor complained that the Commission failed to demonstrate a qualitative or quantitative failure of the market capable of justifying state intervention on the basis of Article 107(3)(c) TFEU. The General Court noted that the Commission did not have to demonstrate market failure. Proof of market failure may constitute a relevant element for the compatibility of State aid with the internal market. But such proof is not a prerequisite because aid may be justified by pursuit of a legitimate objective of general interest. [Here the Court cited case T-92/11 RENV, Andersen v Commission]. [paragraph 89]

Scor asserted that the Commission failed to consider different reinsurance systems. The Court rejected that. The Commission is not obliged to take into account alternative measures that may be less restrictive of competition. Member States are not required to demonstrate that no other imaginable measure could achieve the same objective under the same conditions. Member States only have to show that without the aid in question, their public policy objective could not be achieved. [Here the General Court cites case T-57/11, Castelnou Energía v Commission]. [paragraph 94]

The statement of the General Court reflects correctly the current state of the case law on this point. One wonders, however, what is the legal basis of the Commission’s third common compatibility principle, which is the “appropriateness” of State aid. I hasten to add that I agree with the Commission that Member States should show that a proposed aid measure is appropriate in the sense that there is no less restrictive measure that can achieve the same policy objective. But it would be good to know where it is grounded in the case law. Just as examples, I quote the relevant parts from the environmental and energy guidelines and the risk finance guidelines, respectively:

“(90) The Commission will consider whether and to what extent the risk finance measure can be considered as an appropriate instrument compared to other policy instruments aimed at encouraging risk finance investments into the eligible undertakings. State aid is not the only policy instrument available to Member States to facilitate the provision of risk finance to eligible undertakings. They can use other complementary policy tools both on the supply and demand side, such as regulatory measures to facilitate the functioning of financial markets, measures to improve the business environment, advisory services for investment-readiness”.

Scor also claimed that the guarantee that was granted to the CCR was operating aid and that it could not be found to be compatible with Article 107(3)(c) TFEU.

The General Court response to that claim is significant. It explained that the mere fact that the guarantee was operating aid did not prove that the Commission encountered serious difficulty in assessing the compatibility of the aid that should have led it to open the formal investigation procedure.

The Court added that operating aid could satisfy the requirements of Article 107(3)(c) TFEU by being appropriate and necessary to achieve a public policy objective without affecting the conditions of trade to an extent that would be contrary to the common interest. Such aid can be declared compatible with the internal market, regardless of whether it qualifies as investment aid or operating aid. [Here the Court cites case T-356/15, Austria v Commission (Hinkley Point C nuclear power station); and T-162/13, Magic Mountain Kletterhallen v Commission (sports infrastructure, indoor climbing hall)]. [paragraph 115]

This is another important point. Operating aid that is linked to investment, or facilitates investment, can be compatible with the internal market under Article 107(3)(c) even though in principle operating aid is not normally authorised on that legal basis. The decisive element is whether aid that supports day-to-day expenses can incentivise a company to make investments or more broadly to do something which is in the public interest and which it would not normally do without the aid [e.g. produce green electricity].

In the end the General Court rejected all pleas of Scor.

Komunala Izola benefitted from certain tax exemptions. When the Commission examined those exemptions, it concluded that they did not constitute State aid because they did not affect trade between Member States.

The Commission reached that conclusion on the following quantitative and qualitative criteria:

The applicants submitted several pleas the most important of which were the claims that the Commission misapplied the concepts of affectation of trade and distortion of competition.

The General Court, first, pointed out that although the criteria of affectation of trade between Member States and distortion of competition are distinct, they are often treated jointly because they are generally considered to be linked. [paragraph 80 of the judgment]

There is a distortion of competition when the aid strengthens the competitive position of the beneficiary vis-à-vis competing undertakings. It is not necessary that the distortion of competition or the effect on trade between Member States be appreciable or substantial, but only potential, provided that it is not hypothetical or presumed. Nonetheless, the effect must be demonstrated. [paragraph 81]

The General Court referred to the Commission’s Notice on the Notion of State aid and recalled that State aid may have an effect on trade between Member States even if the aid beneficiaries do not participate directly in cross-border trade. State aid that maintains or increases local supply makes it more difficult for operators of other Member States to enter the market. The relatively small amount of the aid or the relatively small size of the recipient undertakings does not exclude, a priori, the possibility that trade can be affected. Therefore, a public subsidy to an undertaking which provides only local or regional services and does not provide any service outside its country of origin may affect trade between Member States whenever undertakings from other Member States could provide such services (also through the right of establishment) and whenever this possibility is not purely hypothetical. [paragraph 82]

Then the General Court applied the above principles to the case at hand. It noted the very small share of Komunala Izola in the overall market for yacht berths in Slovenia. It also observed that the revenue generated by those 37 berths was about EUR 91,000 [2015], of which EUR 47,000 was from vessels of less than eight meters long. In addition there were substantial differences between the applicants’ services and the services of Komunala Izola, whose quality was significantly lower. [paragraphs 88-89]

The General Court endorsed the Commission’s findings that the services offered by Komunala Izola were not likely to attract yachts from other Member States. Since the marina was mainly reserved for local residents, only a marginal fraction of its capacity was intended for non-residents most of whom appeared to be predominantly Slovenian citizens. The presence of foreign tourists was limited to the rental of daily berths. [paragraph 97]

It could not be reasonably expected that the aid would produce more than a marginal effect on trade and cross-border investment and on establishment between Member States, even if a distortion of local competition could not be excluded. [paragraph 99]

The General Court further agreed with the Commission that it was correct to distinguish between berths for local residents and boats from other Member States. Only the latter could be taken into account in the assessment of the effect on trade between Member States. [paragraph 100]

According to the General Court, the evidence revealed the marginal size of Komunala Izola in the Slovenian market for small pleasure craft. Only a small part of available berths was available to tourists.

The General Court also considered that, as the impact on investment opportunities on the Slovenian market for small marinas was negligible, the tax advantages enjoyed by Komunala Izola could not discouraged potential investors from other Member States.

It must be said, however, that the Court endorsed the Commission’s findings on the impact on cross-border investment without any analysis. In its decision, the Commission asserted that there would be no noticeable impact, also without much explanation.

This was a missed opportunity both for the Commission and the Court to offer guidance on how an aid measure could affect cross-border investment, especially given the fact that both the Commission and the General Court acknowledged that the potential for distortion of local competition was not a relevant issue. Nonetheless, the Court concluded that the overall distortion in was marginal and not capable of calling into question the Commission’s finding that the criterion of the effect on trade between Member States was not fulfilled.