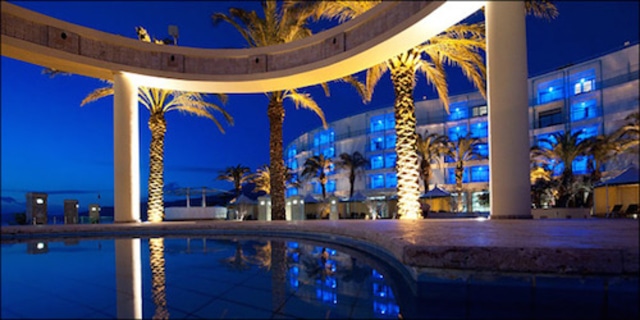 On Thursday the 8th January the GC dismissed all four pleas in the action for annulment of the Commission Decision finding that the exclusive rights granted to operate 35 000 Video Lottery Terminals and 13 games of chance were not State aid.
The case is can be accessed here (English and French versions currently available) and the press release here.Background to the case

On the 1st of December 2011 the Greek authorities notified the Commission about two measures granted in favour of the football results forecasting body, OPAP. These gave OPAP (1) an exclusive licence to operate 35 000 Video Lottery Terminals for a period of 10 years, upon payment of €560 million (the ‘VLT agreement’) and (2) a prolongation of the rights already granted to operate 13 games of chance for a period of a further 10 years. This prolongation was contained in an Addendum to the VLT agreement and was conditional on OPAP paying (i) a €375 million lump sum and (ii) a levy of 5% of the gross gaming revenues from the games concerned for the period from 13 October 2020 to 12 October 2030.

Club Hotel Loutraki AE and other applicants filed a complaint to the Commission on the 4th April 2012, alleging that the VLT agreement granted State aid incompatible with the internal market because the Greek State would have gotten a better price if it had granted more than one licence to operate the VLTs and decided the grant by way of an international tender. Further, OPAP’s profits were higher because of the exclusive operation than if it operated on the market with providers licenced to operate the VLTs in free competition.

On the 3rd of October 2012 the Commission adopted Decision C(2012) 6777 final on State aid SA.33988 (2011/N), finding that in granting the rights there was no advantage within the meaning of Article 107(1). This was because the set-up left OPAP only with a minimum return, as determined by looking at the net value of the VLT agreement and the Addendum, taking into account a reasonable market return, and comparing these with the money paid. The Commission’s decision contained both joint and separate assessments of the agreement and Addendum. The commission also looked at studies undertaken by the Greek authortities based on sales projections to calculate the net present values of the agreement and Addendum.

The Commission found that for the addendum the amount paid by OPAP was higher than its net present value, but that for the VLT agreement the value was much higher than €560 million, which was to OPAP’s advantage. In communications between the greek authorities and the Commission it was agreed that OPAP would pay an extra l levy on the gross gaming revenues from the operation of VLTs. The purpose of this levy was to lower the net present value of the VLT to under €560 million.

With this readjustment, OPAP would ‘pay the Greek State a higher amount than the cumulated values of the exclusive rights granted by the VLT Agreement and the Addendum (including a reasonable return for OPAP)’(para 18). The notified measures therefore did not, in the Commission’s opinion, confer an advantage and could not constitute State aid.

(1) misused its power by failing to initiate the formal investigation procedure under Article 108(2) TFEU;

(2) failed to state reasons and infringed the right to good administration;

(3) infringed the right to effective judicial protection and;

(4) did not correctly assess the advantage for OPAP, constituting an error of law.

Concerning the first plea (paras 33-64), the Court recalled that the Commission is free to accept commitments in diaglogue with the State. Such an approach does not necessarily mean that the Commission has established that there were serious difficulties necessitating the initiation of the formal investigation procedure provided for in Article 108(2) TFEU. Failing to instigate a formal investigation was not in this case a misuse of power because there were no serious difficulties faced by the Commission.

Dealing with the second and third pleas together (paras 65-79), the Court found that leaving out economic data in the non-confidential version of the decision did not prevent the applicants from understanding the Commission’s reasoning nor did it prevent effective judicial protection by preventing the Court from exercising judicial review. The Commission’s reasoning is clear with a set criterion and methodology that can be followed even from the non-confidential version. Further, the applicants themselves failed to identify why the omitted data was of relevance or explain its importance.

Lastly, the fourth plea was also rejected (paras 79-97) because the applicants failed to demonstrate that the Commission committed an error of law by assessing the VLT Agreement and the Addendum jointly. The decision does not purport that the two measures relate to distinct markets, contrary to the allegations of the applicant, and the Court recalls that, a definition of the relevant market to determine whether there is an advantage for the purpose of Article 107(1) TFEU, a ‘thorough and prior analysis of the market concerned is not necessary’ (para 88). Further, because the VLT agreement an the Addendum were adopted at the same time – even if they cover different periods – ‘the Commission was therefore entitled to consider that the two notified measures were part of a single privatisation transaction, that they took place within the same economic context and that it was therefore appropriate and necessary to consider them jointly, in the context of a single notification.’ (para 92)