You are here: Lexxion > State Aid Blogs > State Aid Uncovered > The State Acting as a Regulator 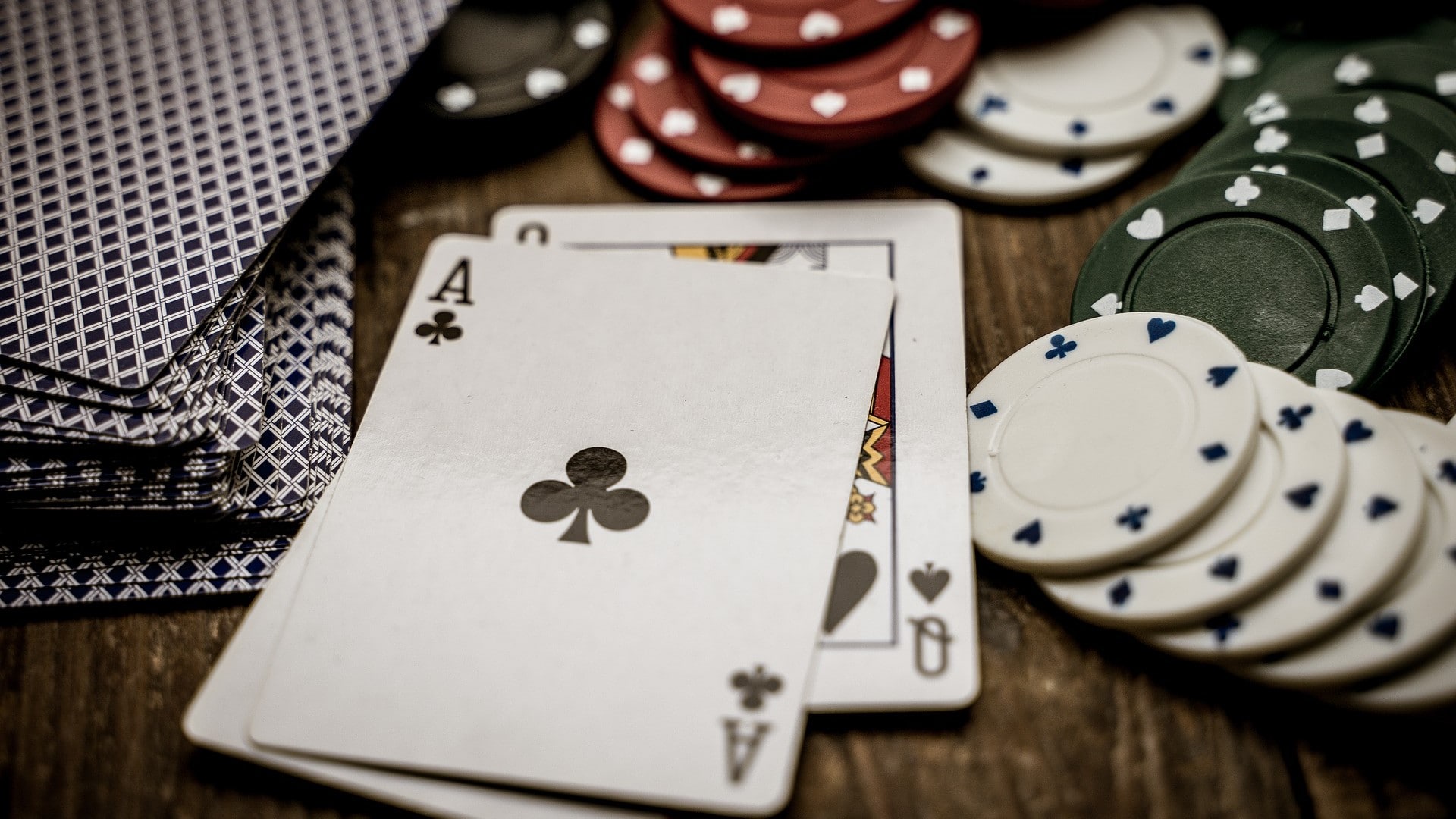 When the state acts as a regulator, it does not have to charge a licence fee that maximises its revenue.

Governments can influence the allocation of resources with at least three instruments: subsidisation, taxation and regulation. All three may contain State aid; if subsidies are selective, if taxes allow for exemptions and if regulation involves charges which are not levied according to objective criteria. But the distinction between objective and biased criteria can be subtle.

When the state sells an asset [i.e. acts as a vendor], in order for the sale to be free of State aid, the price must correspond to the market rate of the asset because the buyer acquires something that has market value [i.e. it can be resold or used to generate revenue].

When the state grants a licence or a permit [i.e. acts as a regulator], two questions arise. First, must the state charge a fee? And, if the answer is yes, must the fee of the licence or permit correspond to a market rate? After all, the holder of the licence uses it to engage in an economic activity that also generates revenue.

When the state acts as a regulator, often its aim is to ensure that the person who offers a service has the necessary qualifications or the company that operates in a certain sector complies with certain standards [e.g. safety, environmental, etc.] or that common resources are used efficiently. Professional licences or operational permits are valuable because without them there can be no entry into a profession or operation in an industrial sector. They are valuable to the holders but are non-transferable to anyone else and, therefore, non-marketable. Since the objectives or “nature and general scheme of the system” [as the General Court put it in the Bouygues case cited below] is to “certify” rather than generate revenue for the state through the sale of a marketable asset, they may be granted for free or if any fee is charged it may only cover administrative costs rather than correspond to the market value to the holder. It follows, such licences or permits must necessarily be granted solely according to qualifications, competence, capacity, quality or other objective criteria. In addition, as further elaborated in Eventech [also cited below], there must be a link between the regulatory objective and the fee that is charged. For example, a low fee may encourage entry into a profession to the benefit of competition, diversity of skills and variety of services offered.

The seminal judgments in this connection are:

However, it is up to Member States to decide whether to “sell” exclusive operating rights either through an auction procedure [e.g. telecoms licences] or by pricing that reflects the market value of those rights [e.g. gambling permits]. In this connection see Commission decision SA.33988 on OPAP’s exclusive right to operate games of chance, Greece, and the related judgments in cases T-58/13, Club Hotel Loutraki v Commission, and C-131/15 P, Club Hotel Loutraki v Commission.

The Commission, in decision SA.44830, concerning gambling licences in the Netherlands clarified the conditions under which public authorities may act as regulators rather than vendors. But as will be seen, the decision also contains some confusing elements.[1]

In March 2016, the Commission received a complaint alleging that unlawful and incompatible aid had been granted by the Netherlands to several lotteries and betting operators.

The complaint referred to the prolongation of the then existing licences for sports betting, horse race betting, lotteries and casinos and argued that the Dutch authorities had granted State aid because they forwent potential revenue from those licences. The fee should have reflected the value of those licences which ran into billions of euro.

In the Netherlands, games of chance and gambling are regulated by the 1964 Gambling Act according to which licences are only granted if the revenues of the gambling activity serve the common interest and only one exclusive licence is granted for each form of gambling. There is an exception for charity lotteries. The holders of gambling licences are obliged to pay the Gambling Authority a licence fee depending on their revenue.

The provisions of the Gambling Act are elaborated in the 1997 Gambling Decree. It contains, among other things, more details on the conditions for the application of a gambling licence and the related fee for the processing of the application. It also specifies that gaming operators must pay out at least 40% of their gross revenues.

Holders of licence for the so-called charity lotteries must distribute at least 50% of their gross revenue to charities. The remainder of the revenue is paid out to prizes and is used to cover operational costs. Licence holders are not allowed to realise any profits.

The following licence holders are registered as charity lotteries [i.e. non-profit] and their licences can be renewed on expiry: Nationale Postcode Loterij, BankGiro Loterij, VriendenLoterij, Samenwerkende Non-Profit Loterijen [a charity lottery foundation that groups together five organisations that organise six lotteries in total].

The following licence holders are obliged to pay out a certain percentage of their gross revenue to prize winners and distribute a certain percentage of the revenue to charities. Their licences can be renewed on expiry: Stichting de nationale sporttotalisator [it holds an exclusive licence for sports betting, instant lottery and lotto], Sportech Racing [it holds an exclusive licence for bets on horse races].

The Commission first explained that indeed “(49) the granting of special or exclusive rights without adequate remuneration in line with market rates can constitute foregoing State revenues and the conferral of an advantage.”

Rather importantly, however, it went on to clarify that “(49) in such cases, it needs to be established whether the State acts as a regulator that pursues policy objectives by making the selection process of the undertakings concerned subject to qualitative criteria (established ex ante in a transparent and non-discriminatory manner). When the State acts as a regulator, it can decide legitimately not to maximise the revenues which could otherwise have been achieved without falling under the scope of State aid rules, provided that all the operators concerned are treated in line with the principle of non-discrimination, and that there is an inherent link between achieving the regulatory purpose and the foregoing of revenue.”

The two criteria identified by the Commission – equal treatment [State aid is necessarily a selective (i.e. discriminatory) measure] and a link between regulation and the licence/permit fee – are the criteria laid down in the case law.

The Commission also stated that “(50) if the State grants or extends an exclusive right to an economic operator and leaves the right holder with no more than the minimum return necessary to cover its operational and capital costs from exercising the right, plus a reasonable profit, it does not confer an advantage. In such circumstances, the recipient of the exclusive right shall not be considered to have enjoyed a benefit that it could not have obtained under normal market conditions.”

What the Commission states in paragraph 50 relates to the existence of advantage, not an elaboration of the link between the regulatory purpose and the licence fee. In fact, the principle explained in paragraph 50 is drawn from the case of Club Hotel Loutraki concerning games of chance in Greece cited in the introduction of this article. In that case, the Greek authorities charged a fee that extracted all profit from OPAP – the operator of games of chance – leaving it only a “reasonable profit”. The Greek authorities did not act as a regulator. They acted as a private vendor seeking to maximise revenue.

The Commission also cautioned that “(51) it should also be noted that when reviewing whether a specific transaction contains State aid elements, it is necessary to take into account the context in which that transaction takes place and to consider all relevant elements, such as an obligation to remit part of the revenues to goals that serve the common interest. The examination of a transaction outside its context could lead to purely formal results which do not correspond to economic reality.”

On the basis of the above principles, the Commission examined the facts of the case.

“(52) In the Netherlands it is generally prohibited to engage in gambling activities. Only if the Gambling authority grants a license in line with the applicable rules, […] a legal person can offer gambling activities to the Dutch population.”

“(53) In the present case, the beneficiaries (i.e. the license holders) identified in the complaint are obliged under the Gambling Act and the Gambling Decree to contribute to goals that serve the common interest”.

“(54) The obligation to remit all proceeds of the gambling activities (revenues minus prizes and reasonable costs) to goals that serve the common interest is imposed on the incumbent operators and is an inherent part of the licences they hold. It follows that those operators cannot make profits in the usual meaning of the term, and hence certainly not a profit that is higher than a reasonable profit. A regular distribution of the profits to shareholders is therefore excluded.”

“(55) This fact is borne out by financial data from the incumbent operators.” Their reported “weighted average profit margin” varied between 0.14% and -0.73%. The Commission added in footnote 36 that “the Commission considers that the profit margin, a widely used financial indicator and calculated here as the net profit as a percentage of revenue, is appropriate to determine the return of the exploitation of these licences.”

“(56) It follows that the granting of the licences in question cannot be said to have improved the financial situation of the undertakings/licensees.”

“(57) In the absence of the contested measure conferring an advantage on its recipients, the Commission concludes that it does not constitute State aid within the meaning of Article 107(1) TFEU.”

There are several problems in the reasoning of the Commission in this case. First, it does not really explain how the fees are linked to the purpose of the regulation of gambling activities. Second, it is difficult to understand why the Commission examines profit margins in paragraphs 54 and 55 when the majority of the operators of game of chance were supposed to be non-profit. Third, for the operators that could make profit, the analysis in paragraphs 54 and 55 is perfunctory. There is no explanation, for example, as to what should be a reasonable profit in that sector.

Photo by Thorsten Frenzel on Pixabay