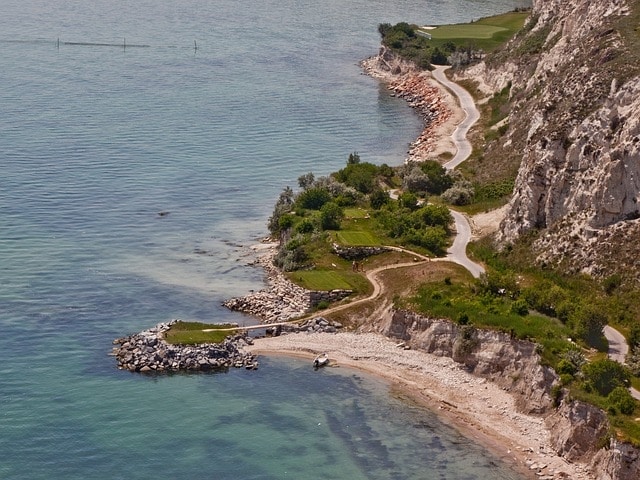 Regulation on land use or changes in such regulations do not constitute State aid. Administrative methods for calculating the value of public land do not necessarily prevent the granting of State aid if they do not reflect the evolution in market valuations.
IntroductionMany local authorities own land or regulate the use of land. They also sell or buy land. When they sell or buy land there is a risk of inadvertent granting of State aid when the transaction takes place through a closed procedure; i.e. through negotiation between the seller and the buyer. Regulation of the use of land rarely raises any State aid issue, despite the fact that complainants often mistake favourable changes in the land zoning for granting of State aid.

The case reviewed in this article touches on both regulatory issues and commercial transaction issues. What makes it particularly interesting is that there was no outright sale of public land. Instead, there were swaps of public with private land. That is, public land was transferred to private ownership and private land to public ownership. The Commission came up with a new method to determine whether the swaps included State aid. Because the swaps were followed with re-zoning, the Commission faced the additional challenge of figuring out whether the regulatory act could be tantamount to the granting of State aid.

In 1947, all forest land in Bulgaria was expropriated by the state. In 2000, Bulgaria began a process of restitution of forest land to its previous owners. As of 2002, privatised forest land could be swapped for public forest land. The value of land was determined on the basis of a complicated formula that took into account a number of factors which apart from size included the proximity of the land to urban areas or the seashore and the value of the wood.

As a rule, swaps were carried out when the value of public land calculated according to that formula was lower than the value of the private land. That is, the state appeared to gain. However, the formula used in those swaps did not necessarily generate prices that corresponded to market rates.

At the same time, swapped land was re-zoned and could be used for purposes other than forestry. Land where it is allowed to build normally is more valuable than agricultural land.

Land use as economic activity

Some of the swaps were carried out with natural persons who used the land for their own purposes; e.g. build a private house. The Commission excluded this type of transactions from its investigation too.

Regulation of land use

The task of the Commission was to find out whether the change in the designation of the land or re-zoning which occurred almost at the same time as with the swaps was itself an act of granting State aid. The Commission searched for the existence of an “intrinsic link” between the two events. “An intrinsic link means that it was the intention of the parties to the swap transaction, before that transaction was completed, to change the designated use of the publicly-owned land from forest land to land available for construction subsequent to the swap. Thus, while the administrative prices calculated for the swap transaction on the basis of the Regulation on basic prices would be based on the swap of two plots of forest land, the subsequent change in the designated use of publicly-owned plot, if intended from the outset, could result in an undervaluation of the plot received considering its intended future use as construction land” [paragraph 129 of the Decision].

This reasoning is very important. If a public authority carries out a regulatory act, but that act is intended to generate a benefit for an undertaking through a related transaction involving that authority, then the undertaking in question obtains an advantage that can be classified as State aid [if all the other criteria of Article 107(1) hold] despite the fact that the two events are formally separate and that when examined in isolation they may not constitute a State aid measure.

In the end the Commission concluded that the re-zoning did not amount to State aid because many land transactions were not followed by re-zoning and, more decisively, because “Bulgarian legislation provides for two separate procedures for swaps and for the change in the designated use of land, respectively, and two separate State bodies are competent for each operation and operate independently from one another. This provides a further indication that an intrinsic link between the swap transactions and the change in the designated use of the land is missing in the present case” [paragraph 132].

In other words, the Commission indicates that there is what may be termed a “safe-harbour” procedure when land transactions are carried out by one authority and the zoning responsibility belongs to a separate authority that can decide independently. By implication, when the authority that is responsible for spatial planning is also involved in land transactions, it must establish Chinese walls between its various departments or some kind of external board that can guarantee the independence and impartiality of zoning, land classification or spatial planning decisions.

Then the Commission examined whether the act of land regulation itself can constitute State aid. “While the approval by a public authority to change the designated use of a particular plot of land from forest land to land available for construction may result in an increase in the market value of that land, that approval does not entail a transfer of State resources within the meaning of Article 107(1) of the Treaty: the exercise of that regulatory task does not result in a positive transfer of funds to the recipient of that approval, nor does it entail a forgoing of State resources, since the State is not obliged in exercising that regulatory task to charge successful applicants a fee that captures the full economic value they extract from obtaining that approval” [paragraph 136].

In a footnote at the end of the paragraph quoted above, the Commission referred to the judgment in case T-475/04, Bouygues v Commission. It is worth quoting the relevant segment of this judgment. In relation to the granting of telecom licences, the General Court observed that “if the national authorities decide as a general principle that licences will be awarded free of charge, or awarded by means of public auctions or awarded at a standard price, there is no aid element, provided these terms are applied to all the operators concerned without distinction. […] Consequently, the fact that the State may have waived resources and that this may have created an advantage for the beneficiaries of the reduction in the fee is not sufficient to prove the existence of a State aid incompatible with the common market […]” [paragraphs 110-111 of the judgment]. Then the Court added that “an advantage may stem equally well from a lower price set for a good of equal value as from an identical price set for a good of lower value. However, it appears that in the present case the parties concerned did not benefit from this potential advantage” [paragraphs 114-115][2]

Calculation of the value of land

Eventually, the Commission turned its attention to the main component of the case which was the value of the land. It first clarified that an administrative formula can be an acceptable method of calculating the value of land only when the result is as close as possible to market rates. Its analysis indicated that the parameters in the formula used by the Bulgarian authorities did not necessarily reflect market conditions, nor was the formula updated often enough to take into account changes in land prices.

The State aid that was granted through the land swaps was not compatible with the internal market. The incompatibility was unavoidable because the swaps were never intended or designed to comply with any State aid guidelines. They pursued no well-defined public policy objective, they imposed no obligations on beneficiaries, they did not limit aid to the minimum necessary.

Bulgaria argued that the swaps were intended to promote consolidation of forest land, but they could not prove that aid was necessary, that it was the most appropriate instrument and that the aid was proportionate. In relation to this point, the Commission observed that had aid been proportional, it would be constant in relation to the value or size of land plots. Yet, the aid generated by the administrative formula varied significantly.

Since the aid was incompatible, it had to be recovered. The Bulgarian authorities were ordered to recover all aid except the aid that satisfied the conditions of the De minimis Regulation 1407/2013.

In what appears to be a new policy with respect to recovery of incompatible aid, the Commission also specified a “recovery schedule”. The Decision defined not only how the aid ought to be calculated but also what actions the Bulgarian authorities had to take and at which points in time. Also the Commission imposed an obligation on Bulgaria to complete the procedure of recovery within 12 months.