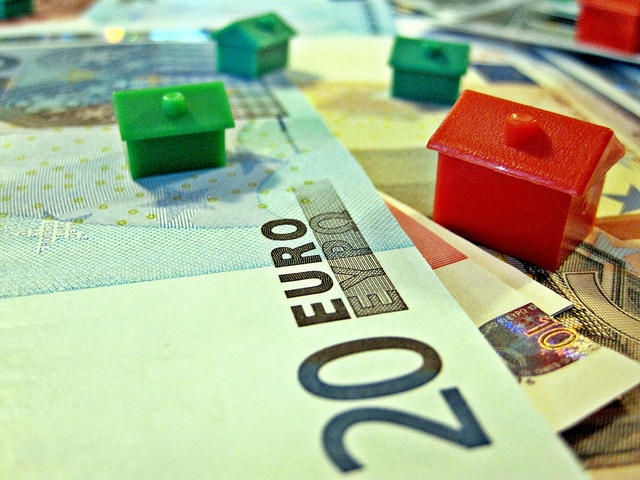 The value of land corresponds to its market price that can be determined through open and unconditional bidding. If a price cannot be determined through bidding, then expert valuation is an alternative method for establishing the value of land. Expert valuation has to be carried out ex ante, by a recognised independent surveyor, on the basis of reasonable assumptions and objective calculations.

On 28 October 2015, the General Court rendered its judgment in case T-253/12, Hammar Nordic Plugg v European Commission.[1] Hammar Nordic Plugg [HNP], a Swedish real estate developer, applied for annulment of Commission decision 2012/293. In that decision, the Commission found that State aid had been granted to HNP via Fastighets AB Vänersborg [FABV], a real estate company owned by a Swedish municipality, which sold land to HNP.

This is the second case of sale of land that is reviewed here in the past few months. As was argued in the article that was published on 25 August, the Court of Justice, in case C‑39/14, BVVG, deviated from the standard procedure of calculating the value of land.[2] The standard procedure is to consider that the value is equal to the market price. It is only when a market price cannot be derived that other methods may be considered, such as assessment by expert surveyors. The judgment reviewed here confirms that when there is a market price, it cannot be set aside.

In February 2008, FABV purchased from a company called Chips a plant for SEK 17m. On the same day, FABV concluded two agreements with HNP. The first was a lease agreement under which it leased to HNP the entire plant. The second agreement gave HNP an option to acquire the plant for SEK 8m at any time during a period of two years [between March 2008 and February 2010]. HNP exercised the option and purchased the plant in August 2008.

Very soon afterward, in March 2008, HNP rented out the plant to another company, called Nya Topp, for a higher amount than what it had agreed in the lease with FABV. In September 2008, that is almost immediately after it bought the plant, HNP sold it to Nya Topp for SEK 40m.

After receiving a complaint, the Commission opened the formal investigation procedure, and concluded in February 2012, with decision 2012/293, that Sweden had granted aid to HNP.

In support of its action, HNP put forward a number of pleas on procedural and substantive points. Only the pleas concerning the main substantive points are considered here. In its first plea, HNP disputed the existence of State aid in the sale and rental of the facility by FABV.

The General Court reminded us that in order to check whether the sale of land by a public authority to a private individual constitutes State aid it is necessary for the Commission to apply the criterion of the private investor. The purpose is to determine whether the price actually paid corresponds to the price that a private investor would have paid. [Paragraph 32]

One estimate indicating a sale price of SEK 27m was considered as realistic by the Commission for four reasons:

i) The estimate was made prior to the negotiation of the sale.

ii) It was commissioned by the initial owner of the plant in connection with the prospective sale of the plant [i.e. in a context in which the seller had no other reasonable interest than to obtain a correct estimate of the market value].

iii) The assessment was done by an independent third party.

iv) The assessor had extensive experience in the property sector. [Paragraphs 43-45]

Indeed, these four reasons should be regarded as four of the five criteria that need to be satisfied in order for an expert calculation to be considered as valid. The fifth criterion is explained immediately below.

With respect to another assessment resulting in a lower figure of SEK 5.5m, the Court noted that the Commission had rejected it because it was based on cash flows from rents. But those rents were very low in comparison to rates for comparable industrial sites. [Paragraph 47]

Therefore, the fifth criterion should be considered to be that the method of calculation has to be credible, based on reasonable assumptions and the derived land value has to be fully explained, rather than asserted.

Another plea of HNP was that the Commission ignored the existence of State aid that had been granted to FABV to acquire the plant. The Court noted that the Commission had found that the purchase price of the plant acquired by FABV did not appear to exceed its market value. It therefore ruled out State aid. This is because the estimate for the market value of the plant at the time was at SEK 27m which was significantly higher than the price of SEK 17m that FABV had paid to Chips. Since the expert surveyor was commissioned by Chips and since Chips had no other interest but to maximise the revenue from the sale, the Commission had no reason to dispute the accuracy of the estimated value of the plant. Chips accepted a lower amount because it wanted to sell quickly, because the existing jobs could be retained with the plant and in this way it could protect its reputation and because it passed on any lability for environmental damage to FABV. [Paragraph 72]

HNP also claimed that the price of SEK 8m was lower than the price of SEK 17m paid by FABV to acquire the plant because HNP had to spend money to modernise the plant. The Court responded that HNP was not compelled to exercise the option to buy the plant if it would have to spend money to refurbish it [paragraph 87]. Despite what the Court said on this point, it seems to me that, in principle, this is a valid reason for HNP to pay a lower amount. But HNP failed to show what the cost of the alleged refurbishment would have been. In addition, there is the question why FABV agreed to the lower amount. There was no evidence that FABV had made a mistake and bought a plant in a worse condition than it had initially thought. Lastly, the Court pointed out to the fact that HNP had rented out the plant to Nya Topp for a higher amount than it had leased from FABV. This meant that irrespective of the condition of the plant, HNP could continue to make profit without having to buy and refurbish it. [Paragraph 89]

Another plea of HNP was that the Commission did not establish that the aid had an effect on trade between Member States or that it distorted competition. HNP claimed it only operated in a local market. The Court recalled that the Commission is not required to establish an actual impact of aid on trade and an effective distortion of competition but only to examine whether the aid is liable to affect trade and distort competition. It also stressed that aid can affect trade and distort competition even when it is granted to a company that only provides services locally.

The Court agreed with the Commission’s finding that the real estate business is subject to trade and investment within the EU. This was shown by the fact that the previous owner, Chips, was a Norwegian company. The existence of an interest beyond the national market for that facility was sufficient to establish that trade between Member States could be affected.

The Court also rejected HNP’s argument that the Commission failed to define the relevant market. The Commission, in the State aid context, is not required to conduct an economic analysis of the actual situation of the markets concerned. [Paragraph 130]

On the basis of the above, the General Court dismissed the application for annulment of Commission decision 2012/293.

[1] The full text of the judgment can be accessed at [it does not yet exist in English]: