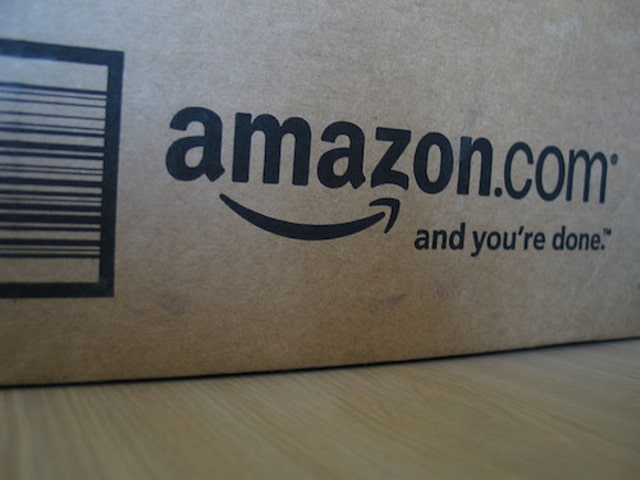 The Commission’s opening decision: What should we make of Amazon’s ‘advance pricing agreement’ (APA) and its alleged (non-) compliance with the ‘arm’s length principle’ (ALP)?
In early October 2014, the European Commission notified Luxembourg of its decision to open a state aid investigation in relation to the tax treatment of the Amazon group by the Luxembourgish tax authorities. This opening decision was made public on the 16th of January, after all confidentiality concerns had been dealt with. The Amazon investigation is the latest development in the tax rulings’ saga that Commissioner Almunia initiated before the end of his mandate. By now, Amazon is the fourth multinational group to have attracted the Commission’s attention: Apple, Fiat and Starbucks paved the way, while others will surely follow after the ‘LuxLeaks’ scandal and Commissioner Vestager’s decision to request relevant information from all Member States.In this post, I will examine the peculiarities of Amazon’s ‘advance pricing agreement’ (APA), its alleged (non-)compliance with the ‘arm’s length principle’ (ALP), and the State aid problems these entail. For an analysis of the OECD Guidelines and their nexus to Article 107 TFEU in general, please see my comment on the Fiat investigation; the Commission’s premises remain unchanged.

The Amazon group consists of Amazon.com Inc., headquartered in the USA, and its subsidiaries. One of its subsidiaries is Lux SCS, a Luxembourgish limited liability partnership, which holds all the shares in Amazon EU Sàrl (the protagonist of this investigation and the alleged aid beneficiary). According to the Commission, Amazon EU Sàrl functions as the head office of Amazon for Europe and is the principal operator of the retail and business services offered through Amazon’s European websites. Moreover, it performs treasury management functions and controls all other European subsidiaries.

However, in order to operate the European websites, Amazon EU Sàrl licenses the IP rights from Lux SCS, thus paying the latter royalties. These royalties are tax deductible, which means that the royalties Amazon EU Sàrl pays to Lux SCS lower the former’s tax bill in Luxembourg. As regards Lux SCS, such limited liability partnerships do not have a separate tax personality under Luxembourgish law. As a result, Lux SCS is ‘transparent’ for tax purposes, meaning that Lux SCS will not itself be subject to taxation, but only the partners participating in it. However, since all three partners are US companies, their taxation can be deferred indefinitely, as long as none of the profit is repatriated to the US.

The contested tax ruling took the form of a letter from the tax authorities sent on 6 November 2003. In this letter, the tax authorities approved, inter alia, the advance pricing agreement between Lux SCS and Amazon EU Sàrl for Luxembourg corporate income tax purposes (the Amazon APA). The key part of this APA is that it provides a method for calculating the licence fee Amazon EU Sàrl would have to pay to Lux SCS. The proposed method was supposedly supported by an economic analysis, but Luxembourg did not submit this to the Commission when asked to do so. According to the APA that was finally approved, the licence fee would be computed each year and would amount to a percentage of all revenue received by Amazon EU Sàrl in connection with its operation of the European websites. The detailed rules for calculating the fee’s level are at the epicenter of the Commission’s concern.

In order to constitute State aid, a measure has to fulfill four conditions: it must confer an advantage on an undertaking; this advantage must be selective; it must be granted by the State through State resources; and it must distort competition and affect intra-Union trade. The fulfillment of the two final conditions is, according to the Commission, ‘relatively straightforward’ (para 48) in this case. The rulings were issued by the Luxembourgish tax authorities and the reduction in tax they allegedly entailed resulted in a loss of tax revenue, that would have otherwise been available to Luxembourg. State resources were therefore used. Furthermore, Amazon is active across the EU, and any State support is bound to strengthen its position in relation to its competitors.  Consequently, the Commission focused on the two conditions it found most contentious, namely the existence of an advantage and selectivity. Still, only the advantage condition is adequately addressed: Selectivity is only just examined in paragraph 78, where its fulfillment is presented as self-evident since there is a deviation from administrative practice and the ALP.

Compliance with the arm’s length principle?

Just like in the previous opening decisions, the key question here was whether the Amazon APA complied with the arm’s length principle. If it did not, then the transactions within the group did not correspond to those between unrelated companies. According to the Commission, this implies that the tax treatment of Amazon EU Sàrl deviated from normal market conditions, and, consequently, by validating the APA, Luxembourg conferred an advantage on it.

This was in fact the Commission’s conclusion: The Amazon APA did not comply with the arm’s length principle (para 77). The reasons given are manifold and are addressed in turn.

Firstly, Luxembourg failed to submit to the Commission any transfer pricing report filed by Amazon in support of its ruling request. In the absence of such a report, the Commission has doubts about whether (and how) the Luxembourgish authorities actually confirmed that the APA submitted by Amazon complied with the arm’s length principle. If there had been no economic analysis showing that the licence fee reflected a reasonable valuation that would have been accepted by a prudent market operator, then Luxembourg cannot persuasively argue that the APA complies with the arm’s length principle. Furthermore, the short period of time (eleven days) it took the tax authorities to validate the APA is an indication that the assessment was not diligent enough.

Secondly, the transfer pricing method used in the Amazon APA does not seem to correspond to any OECD method. Of course, the Commission is quick to note that these methods are not exhaustive, but Amazon did not demonstrate why none of the five OECD methods was suitable, thus causing further doubts regarding the transactions’ arm’s length character.

Thirdly, as was described above, the Amazon APA determined the licence fee that would be paid to Lux SCS by Amazon EU Sàrl for the use of IP rights. According to paragraph 6.16 of the OECD Guidelines ‘a royalty would ordinarily be a recurrent payment based on the user’s output, sales, or in some rare circumstances, profits.’ However, in Amazon’s case, the royalty payment approved by the contested tax ruling is not actually related to output, sales, or to profit. Although the royalty rate is formally expressed as a percentage of revenues (sales), this is only a matter of presentation. The royalty paid is in fact EU Sàrl’s residual profit, i.e. the part of its profits that is not attributed to other functions of Amazon EU Sàrl is then paid out to Lux SCS.

In the Commission’s view, this does not comply with the arm’s length principle as embodied in the OECD Guidelines, since a ‘cosmetic’ arrangement will not suffice: The royalty fee needs to be calculated based on revenues, not simply expressed as a percentage of revenues. It then goes on to wink at Amazon by stressing that it had a great financial incentive to exaggerate the royalty’s level: Amazon EU Sàrl deducts these payments from its taxable profit, while Lux SCS is not subject to taxation in Luxembourg. This means that, overall, the more EU Sàrl pays as royalties, the less Amazon pays as tax. By allowing this arrangement, Luxembourg has unduly benefited the Amazon group.

Moreover, the Commission highlights another problematic aspect of the APA, namely the way it determines the remuneration of Amazon EU Sàrl. More specifically, this is done using the Transactional Net Margin Method (TNMM), and a net profit indicator based on operating costs was selected. However, the Commission considered the margin applied to be relatively low (4-6%). In the Apple and Starbucks opening decisions, where a similar method was used, the margin applied was more than double this margin, and the Commission still expressed doubts about its compatibility with the ALP. Finally, the Amazon APA also sets a cap to this remuneration, the cap being 0.55% of European turnover, a figure also considered low by the Commission.

The Commission’s final objection has to do with the APA’s duration. The Amazon APA is more than ten years old. Consequently, even if it complied with the ALP back in 2003, its appropriateness should have been called into question by now, given the drastic changes to the economic environment in which Amazon operates. Thus, the APA’s duration is, according to the Commission, problematic per se.

Valediction to the Fiscal Aid Notice?

Although the reasoning in this decision is almost identical to the reasoning in the three previous cases, there is something unexpected about it: It is the only decision that cites the 1998 Fiscal Aid Notice. More specifically, in paragraph 61 the Commission cites paragraph 22 of its Notice in order to demonstrate how tax rulings departing from general tax rules lead – in principle – to a presumption of state aid. However, apart from the substantive aspect of this citation, there may well be a symbolic aspect to it: The Fiscal Aid Notice will soon be replaced by the Notice on the notion of State aid. A farewell is thus in order, even though the 1998 Notice has not quite represented ‘good’ law for some years now.

OECD Guidelines: the turn of the screw

One of the most noteworthy aspects of this opening decision is the increasing adherence of the Commission to the OECD Guidelines as a reliable reflection of the arm’s length principle. It is indeed quite surprising that the Commission literally reads the Guidelines word-for-word and then checks whether tax rulings comply with them, especially if one considers that the Guidelines are not binding! Moreover, the Commission seems to read them in a restrictive way that favors its own approach over the alleged beneficiary’s. For example, when reading paragraph 6.16 of the 2010 Guidelines which states that ‘a royalty would ordinarily be a recurrent payment based on the user’s output, sales, or in some rare circumstances, profits’, it seems to ignore the word ‘ordinarily’ and proceeds on the assumption that this is a numerus clausus of acceptable methods.

In my view, the more the Commission insists on a close reading of the Guidelines, the more it weakens its position in case of future litigation, since not every deviation from the Guidelines qualifies as a violation of the ALP.

Leaving aside the legal aspects of the case, it is crucial to understand the political significance of this crackdown on (alleged) tax avoidance. Commissioner Vestager has demonstrated her commitment to this fight, both in her confirmation hearing and by extending the scrutiny to cover all tax rulings of all Member States from 2010 to 2013. At a time when the Commission’s credibility and independence are being called into question, one can only hope that Ms Vestager will prove good her honorific as the ‘Iron Lady’. This she can do by performing the Herculean feat of striking down all preferential tax regimes that actually distort competition and jeopardise the smooth functioning of the internal market, thus also discouraging their potential use as a tool for harmful inter-State tax competition.

Dimitrios Kyriazis is a Clarendon and Onassis scholar reading for a DPhil in Law at the University of Oxford. His thesis examines the interaction between EU state aid rules and national tax measures, exploring, in particular, the extent to which EU state aid policy can serve as a tool against harmful tax competition between Member States. Dimitrios also teaches European Union Law, and is one of the convenors of Oxford’s EU Law Discussion Group.