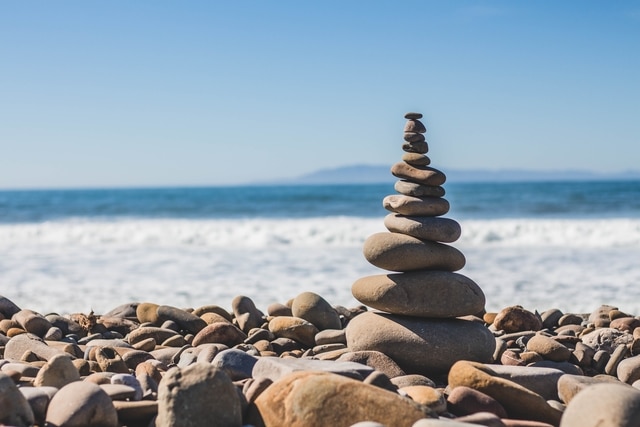 When an aid scheme is adjusted by limiting the eligible beneficiaries, it becomes “new” aid and must be notified to the Commission. The GBER can be applied retroactively to aid that was granted before it came into force.

In July 2016, Dilly’s Wellnesshotel wrote legal history for being the first undertaking to contest the application of the General Block Exemption Regulation that eventually reached the Court of Justice. That was in case C-493/14 in which the Court of Justice replied to a request for preliminary ruling from an Austrian court.

As with the previous case, the dispute centred on whether Dilly’s Wellnesshotel could benefit from a tax exemption for energy intensive users. The Austrian authorities rejected Dilly’s application because it was not a manufacturing undertaking. The Austrian measure in question excluded service providers.

In the previous case, the referring Austrian court was not sure whether the then GBER [i.e. Regulation 800/2008] was implemented correctly because the relevant Austrian authorities neglected to formally refer to the GBER in their own aid measure. As a result, we learned in July 2016 that non-compliance with such formal requirements prevents aid granted on the basis of the GBER from benefitting from the exemption from notification. Therefore, such aid becomes automatically illegal.

In the current case the question was whether the present GBER [i.e. Regulation 651/2014] could apply retroactively. Indeed Article 58 of Regulation 651/2014 provides that the “Regulation shall apply to individual aid granted before its entry into force, if the aid fulfils all the conditions laid down in this Regulation, with the exception of Article 9.” [Article 9 refers to publication of aid measures.

Before examining the substance of the Court’s judgment it is worth mentioning another issue that arose during the proceedings. There was a question whether the Austrian measure could have been considered as notified to the Commission on the grounds that Austria had informed the Commission about it. Indeed, Member States are required to inform the Commission of the measures they implement on the basis of the GBER.

The Court of Justice pointed out that “(47) the provision of summary information under Regulation No 800/2008 on the national rules at issue in disputes in the main proceedings cannot replace an appropriate notification under Article 108(3) TFEU”. “(48) Consequently, …, the Court will provide answers to the questions put to it in the present case on the premiss that the aid scheme at issue in the main proceedings was not notified to the Commission.”

This statement of the Court is important. Just because the GBER requires Member States to inform the Commission it does not follow that they also notify the Commission in the meaning of Regulation 2015/1589.

Alteration of an aid scheme

The referring Austrian court asked whether national legislation which alters an aid scheme by excluding certain categories of undertakings must be notified to the Commission.

The Court first noted that “(51) in the present case, …, it appears that the national legislation … provides for a partial rebate of energy taxes on natural gas and electricity only for undertakings whose activity is shown to consist primarily in the manufacture of goods. Therefore, under that legislation, service providers, such as Dilly’s Wellnesshotel, are excluded from the energy tax rebate.”

Then the Court explained that it would base its analysis on the assumption that the Austrian measure had been approved by Commission decision 2005/565.

Then it reiterated that “(54) the notification requirement laid down in Article 108(3) TFEU is one of the fundamental features of the system of control put in place by the FEU Treaty in the field of State aid. Within that system, Member States are under an obligation, first, to notify to the Commission each measure intended to grant new aid or alter aid for the purposes of Article 107(1) TFEU and, secondly, not to implement such a measure until that institution has taken a final decision on the measure”.

“(56) Measures taken … to grant or alter aid, whether the alterations relate to existing aid or initial plans notified to the Commission, must be regarded as new aid subject to the notification requirement laid down by Article 108(3) TFEU”.

“(58) An alteration to existing aid is defined in Article 4(1) of Regulation No 794/2004 as any change, other than modifications of a purely formal or administrative nature which cannot affect the evaluation of the compatibility of the aid measure with the internal market.”

“(59) In particular, under Article 4(2)(c) of Regulation No 794/2004, tightening of the criteria for the application of an authorised aid scheme is one of the alterations to existing aid which must, in principle, be notified.”

“(61) It follows that an alteration of the criteria used to identify those eligible for aid is not merely an alteration that is purely formal or administrative, but can have effects which may influence whether a measure must be classified as aid within the meaning of Article 107(1) TFEU and, consequently, the need to notify that aid in accordance with the requirement set out in Article 108(3) TFEU.”

This is because the assessment of the compatibility of aid must take into account whether the restriction of eligible beneficiaries worsens the distortion of competition.

The Court concluded that “(63) Article 108(3) TFEU must be interpreted as meaning that national legislation which alters an aid scheme by restricting those eligible for such aid is, in principle, subject to the notification requirement laid down in that article.”

Retroactive application of the GBER

The referring court asked whether Article 58(1) of Regulation 651/2014 meant that aid granted before the entry into force of that Regulation, on the basis of an aid scheme, could be exempted, under that Regulation, from the notification requirement of Article 108(3) TFEU.

The Court of Justice first explained that “(67) notwithstanding the obligation of prior notification of each measure intended to grant or alter aid, which is incumbent on the Member States under the Treaties and, as follows from paragraph 54 of the present judgment, is one of the fundamental features of the system of monitoring in the field of State aid, if an aid measure adopted by a Member State fulfils the relevant conditions provided for in Regulation No 651/2014, that Member State may rely on the possibility of being exempt from its obligation to notify”.

“(68) Conversely, it is apparent from Article 58(2) of Regulation No 651/2014 that any aid not exempted from the notification requirement of Article 108(3) TFEU by virtue of that regulation or other regulations adopted pursuant to Article 1 of Regulation No 994/98 previously in force shall be assessed by the Commission in accordance with the relevant frameworks, guidelines, communications and notices.”

“(73) In the present case, the aid at issue in the disputes in the main proceedings concerns a rebate in respect of energy taxes relating to the year 2011 and to the period between February 2013 and January 2014, whereas Regulation No 651/2014 entered into force on 1 July 2014, in accordance with Article 59 thereof.”

“(74) In that respect, it should be observed that, as can be seen from the title itself of Article 58 of Regulation No 651/2014, that article contains transitional provisions applicable to the State aid covered by its provisions. In particular, paragraph 1 of that article provides that Regulation No 651/2014 is to apply to individual aid granted before its entry into force, if the aid fulfils all the conditions laid down in that regulation, with the exception of Article 9 thereof, the latter article laying down publication and information obligations relating to aid measures.”

“(75) According to Article 2(14) of Regulation No 651/2014, the concept of ‘individual aid’ within the meaning of that regulation is to include, in particular, any award of aid to individual beneficiaries on the basis of an aid scheme. The tax relief requested by the applicant in the disputes in the main proceedings is covered by that definition.”

“(76) It follows that, according to the very wording of Article 58(1) of Regulation No 651/2014, although the aid at issue in the disputes in the main proceedings was granted before the entry into force of that regulation, it may nevertheless be exempted from the notification requirement under that regulation.”

“(79) In view of the above, it must be concluded that, …, Article 58(1) of Regulation No 651/2014 exempts individual aid granted before 1 July 2014, such as that paid under the scheme at issue in the main proceedings, from the notification requirement provided that it fulfils all the conditions laid down in that regulation, with the exception of Article 9 thereof.”

The relevant Austrian legislation used a formula to determine the amount of the energy tax rebate, whereas Article 44(3) of Regulation 651/2014 provides that “aid schemes in the form of tax reductions shall be based on a reduction of the applicable environmental tax rate or on the payment of a fixed compensation amount or on a combination of these mechanisms”. Therefore, the issue at hand was whether the amount of the aid that was specifically fixed by the Austrian calculation formula complied with Article 44(3).

“(86) Thus, as regards the question whether such an aid scheme meets the requirements of Article 44(3) of Regulation No 651/2014, it is clear from the element of choice granted to the Member States by the EU legislature in that article — in so far as those States are allowed to provide for a reduction in the applicable rate of taxation, the payment of a fixed amount of compensation or a combination of the two — that, as the Commission maintains, that provision aims to ensure that the tax reduction mechanism adopted makes it possible to determine in a transparent manner which tax reduction is actually applicable, while leaving some discretion to Member States as regards the detailed rules thereof.”

“(87) In the latter respect, recital 64 of Regulation No 651/2014 specifies, in particular, that, in order better to preserve the price signal which the environmental tax aims to give to undertakings, Member States should have the option to design the tax reduction scheme based on a fixed annual compensation amount (tax refund) disbursement mechanism.”

“(88) It should also be noted that the objective of ensuring the transparency of the mechanism for calculating the tax reduction is in line with the objective pursued by Regulation No 651/2014 and highlighted in recitals 3 to 5 of that regulation of giving greater importance to transparency and control of compliance with the State aid rules at national and EU levels. …, that objective is one of those pursued, in general, by the general block exemption regulations.”

“(89) In the present case, … the tax reductions which form the aid granted under the aid scheme … are based on a formula defined precisely in the national legislation establishing that scheme. In particular, in accordance with that legislation, energy taxes must be refunded once per calendar year if they exceed, in total, 0.5% of the company’s net output value. In addition, that legislation limits the amount of the rebate by reference to the minimum taxation amounts provided for in Directive 2003/96. Additionally, the national administration has no discretion as to the amount of the tax reduction arising from that formula.”

“(92) In those circumstances, it must be noted that, …, each of the alternative calculation methods comprising the formula laid down in the national legislation at issue in the main proceedings, as set out in paragraphs 89 and 90 of the present judgment, involves a reduction of the applicable rate of environmental tax within the meaning of Article 44(3) of Regulation No 651/2014.” “(93) Consequently, it … means that the condition laid down in that provision must be considered to be satisfied.”

The referring Austrian court also asked what inferences it ought to draw if the Court of Justice found that the aid scheme in question should have been notified to the Commission.

The Court of Justice considered that there was no need to answer that question because on the basis of its previous answers, it could be inferred that aid granted under the relevant Austrian scheme was exempted from the notification obligation under Article 3 of Regulation 651/2014, as long as it satisfied all the conditions of chapter I and Article 44 of that Regulation. Therefore, if it did not satisfy those conditions, it had to be notified.