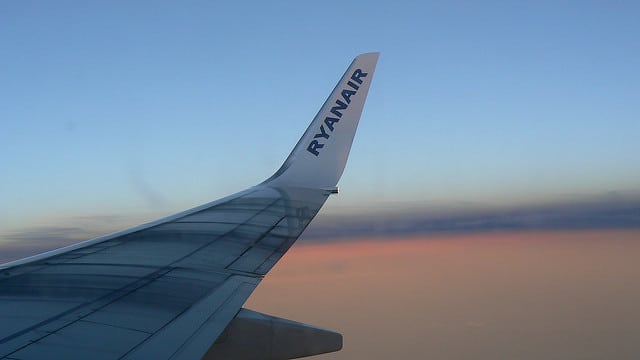 A market economy operator undertakes activities whose incremental revenue exceeds their incremental costs. A market economy operator ignores costs which are unaffected by those activities. A service of general economic interest has special characteristics that set it apart from other services with positive impact on the economy. Having a positive impact is not enough.

After the Commission established that Ryanair and AMS received aid because the agreements they signed with the airport were not compliant with the MEOT, it turned its attention to two other issues raised by France to justify the investment and operating subsidies it granted to the airport. France claimed that some of the subsidies covered what it termed “sovereign tasks” while other subsidies compensated for the extra costs of the provision of services of general economic interest [SGEI].

The Commission pointed out at the outset that “(565) activities that normally fall under the responsibility of the state in the exercise of its official powers as a public authority are not of an economic nature and in general do not fall within the scope of the rules on State aid.” According to the new aviation guidelines, activities such as “air traffic control, police, customs, aircraft firefighting, measures designed to protect civil aviation from acts of unlawful interference, and investment in the infrastructure and equipment needed for such activities are regarded, as a general rule, as not being economic in nature.”

The Commission further clarified that “(566) so as not to constitute State aid, the public financing of such non-economic activities must be strictly limited to compensating the costs to which they give rise and must not lead to undue discrimination between airports.” “When it is normal under a given legal order that civil airports have to bear certain costs inherent in their operation, whereas other civil airports do not, the latter might be granted an advantage, regardless of whether or not those costs relate to an activity which in general is considered to be of a non-economic nature.”

The second sentence quoted immediately above is important. It means that Member States are free to finance the activities that fall within their exclusive state powers. However, when they decide to transfer responsibility to airport managers for something that is inextricably linked to the operation of the airports, such as firefighting, they must do so consistently. All airports must bear the same responsibility. If some airports are relieved of that responsibility, then they derive an advantage over others.

At any rate, the Commission concluded that the public funding of the tasks mentioned above was strictly limited to the amount necessary and that that there was no discrimination between airports because “(569) although French law entrusts airport operators with sovereign tasks, it does not require them to finance those tasks, but rather the State. Accordingly, the compensation of the costs arising from those tasks by public funds does not reduce the costs that airport operators should normally bear under French law.”

France argued that the services offered by the airport contributed to the economic development of the region. The public service obligation imposed on the airport forced it to expand its activities beyond the level that was profitable to a private investor. The Commission concluded that this argument was vitiated by a manifest error. The explanation of the Commission is interesting but difficult to understand. “(581) ‘Economic development is not […] sufficient to justify a service being defined as an [SGEI]. Such a definition must be based on public service reasons going beyond the general interest of developing economic activities’. The Treaty already contains a specific compatibility clause for aid to facilitate the development of economic activities (Article 107(3)(c)), whilst, according to the case-law of the Court of Justice, SGEIs are services that exhibit special characteristics as compared with the general economic interest of other economic activities and undertakings entrusted with SGEI tasks are undertakings entrusted with a ‘particular task’. Generally speaking, the entrustment of a ‘particular public service task’ implies the supply of services which, if it were considering its own commercial interest, an undertaking would not assume or would not assume to the same extent or under the same conditions. Applying a general interest criterion, Member States or the Union may attach specific obligations to such services.”

The Commission goes on to clarify that “(583) the contribution of Nîmes airport to local economic development, which is the main factor highlighted by France in support of its theory regarding the existence of a genuine SGEI, is not in itself a relevant factor as it must be considered separately from the contribution of that airport to the region’s accessibility. It is not disputed that, by improving a region’s accessibility, particularly when it breaks its isolation, an airport can have positive effects on local economic development. However, the simple fact that the presence and activity of an airport generate direct and indirect jobs and stimulate the activity of local undertakings cannot be regarded as a relevant criterion for establishing the existence of a genuine SGEI.”

The Commission seems to be saying the following. It is not relevant that an activity has a positive effect on the economy. All activities have such an effect. An SGEI goes beyond a positive economic contribution. In the particular case of the Nîmes airport, France should have showed how the airport reduced the isolation of the region. This was the special feature of the services provided by the airport that other economic activities did not have. However, France failed to do so because it did not take into account the impact of other modes of transport.

If this is what the Commission meant, then it is an important clarification of the concept of SGEI. The positive economic effect of a service is a necessary but not sufficient condition for that service to be classified as an SGEI with special characteristics that set it apart from other services. Indeed, several paragraphs later, it is stated that “(588) the simple contribution of an activity to local economic development is not in itself sufficient to justify that activity being defined as an SGEI.”

Despite this conclusion, the Commission went on to examine whether the four Altmark criteria could apply in this case. Its findings were as follows:

1st Altmark criterion: France committed a manifest error of assessment by defining the “overall” management of the airport as an SGEI [paragraph 591]. Moreover, France failed to specific the content and duration of the PSO.

2nd Altmark criterion: No ex ante parameters of compensation were defined in any act of entrustment. Subsidies to the airport were ad hoc and not calculated according to a pre-determined formula. The compensation of VTAN was calculated on the basis of a flat rate, which did not qualify as a parameter of compensation. [Paragraph 599]

4th Altmark criterion: CCI was not chosen via a competitive procedure. However, the contract to VTAN was awarded after a “negotiated procedure”. The Commission considered this procedure to be in conformity with the 4th Altmark criterion only in “exceptional cases” [paragraph 603]. It went to explain that the terms of the selection procedure were too broad and left the relevant award authority with “plenty of room for manoeuvre in the choice of service provider, as these criteria were worded very generally and went beyond the quality of the service provided and the cost to the community. This was particularly the case with the criterion entitled ‘commercial development policy’, which cannot be likened in any way to a quality criterion for an SGEI” [paragraph 604]. The procedure that was followed was “unlikely to ensure that ‘the tenderer capable of providing the services concerned at the least cost to the community’ was selected. Furthermore, there is no evidence that the cost forecasts produced by VTAN, based on which the flat-rate contribution was established, corresponded to the costs that a typical undertaking, well-run and adequately equipped, would have incurred in operating the airport.” [Paragraph 605]

On the basis of the above reasoning, the Commission found that the investment and operating subsidies to the airport and the flat-rate compensation of VTAN were State aid [the other criteria of Article 107(1) TFEU were satisfied as well]. However, the aid was compatible with the internal market because it contributed to an objective of common interest, it addressed a market failure, it was an appropriate instrument, it was necessary and proportional and did not distort competition to an undue extent.

This is a complex and rich case. A number of lessons can be drawn from it.

First, bodies with elected officials may still carry out public policy, if their remit is to pursue tasks assigned to them by the state.

Second, private bodies which pursue profits may nonetheless function as conduit through which aid flows if they are bound by contractual obligations towards the funding public authority.

Fourth, the funding by the state of tasks linked to the prerogatives of the state has to be done consistently across the territory of that state.

Sixth, in order for the 4th Altmark criterion to be satisfied, the selection of an SGEI provider must be carried out according to conditions that can identify the least costly provider for a given level of quality.