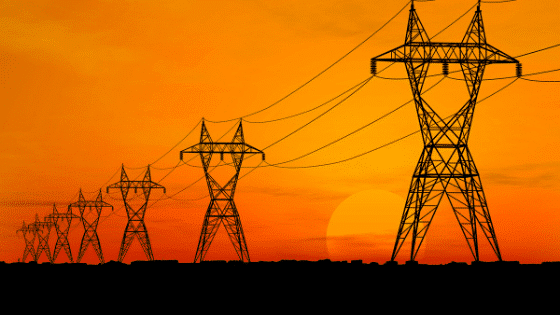 Revenue from levies on electricity users is most likely to constitute State resources. Public service obligations can be transferred from one electricity-generating company to another. Compensation for public service obligations may distinguish between controllable and uncontrollable costs. Performance benchmarking can be used as a means for inducing efficiency. Electricity levies may not directly or indirectly discriminate against imported electricity.
Introduction
This is a rich case that touches on a variety of issues: privatisation, electricity levies and State resources, services of general economic interest, novel methods of calculating compensation and the compatibility of levies with free trade.

The PSO referred to the construction and operation of power stations using peat to produce electricity. The ESB had to generate at least 15% of its electricity output from peat, which was more expensive, for the purpose of increasing the supply of energy from indigenous sources. The extra costs, as calculated by the Commission for Electricity Regulation [CER] – the Irish electricity regulator was covered by revenue collected from all subscribers to the electricity network through a levy imposed on connections to the grid. The levy was based on the capacity of the connection of each electricity network user. The levy was collected by the Transmission System Operator.

The issue at hand in 2001 was whether the revenue generated by the levy could be considered to be a State resource and, therefore, whether the whole scheme fell within the scope of Article 107(1). The Commission in the light of the PreussenElektra judgment was unsure how to apply Article 107(1). According to the Commission “it could possibly be argued that the mechanism is essentially equivalent to one in which the CER would order each contributor to pay the corresponding sums directly to ESB. Then, the mechanism would not constitute more than an obligation imposed by the State on customers to transfer certain sums to one undertaking, as it is the case for example if the State imposes an obligation to purchase at fixed minimum prices.” [paragraph 25]

“26. In its ruling of 13 March 2001 in Case C-379/98 PreussenElektra AG, the Court established that a national law of a Member State, which requires private electricity supply undertakings to purchase electricity produced in their area of supply from renewable energy sources at minimum prices higher than the real economic value of that type of electricity, does not involve any direct or indirect transfer of State resources to undertakings which produce that type of electricity. The mobilisation of a State resource is a necessary condition for the qualification of a measure as State aid in the meaning of Article 107(1) of the Treaty.”

“27. Therefore, the Commission considers that it cannot be determined whether the notified scheme constitutes State aid in the meaning of Article 107(1) of the Treaty.”

“28. Therefore, the Commission does not decide if the compensations are State aid in the meaning of Article 107(1) of the Treaty. Such a decision is not necessary as, in any case, as it will be demonstrated below, such a potential aid would be compatible with the Treaty.”

Consequently, the Commission proceeded to explain that the scheme was compatible with the internal market because it satisfied the criteria of Article 106(2).

As a result of the ensuing economic crisis, Ireland decided to sell the State-owned peat-fired plants. The original Commission decision concerned the construction and operation of the plants. Ireland notified again the scheme because it was not sure whether the PSO and the corresponding public service compensation [PSC] which was approved by the Commission could be transferred to the new owner who was not yet known. In fact, the change in the ownership of the stations, and thus in the identity of the entrusted undertaking, was the only change to the approved PSC.

Although the re-notified scheme was virtually identical to the 2001 measure, for the Commission it was not a simple task of repeating its old decision. Since 2001, there had been two major developments in State aid rules, which are of direct relevance to the Irish scheme. First, the Court of Justice has qualified the application of the PreussenElektra jurisprudence. Second, the Commission adopted first the 2005 and then the 2012 package on SGEI. The Commission had to take these developments into account in its new assessment.

In the new decision with number SA.37030, the Commission re-examined the involvement of State resources. It acknowledged that it had “(20) … held that in view of the PreussenElektra ruling, the compensation mechanism could be seen as being ‘essentially equivalent to one in which the CER would order each contributor to pay the corresponding sums directly to ESB’, without being ‘more than an obligation imposed by the State on customers to transfer certain sums to one undertaking’. This view must be revised in the light of the case law: Given that the levy, which is the source of financing of the compensation scheme, is being collected by the State-owned Transmission System Operator [TSO], the funds are controlled by the State and therefore constitute State resources.[3] Furthermore, the definition and entrustment of the public service obligations, as well as the establishment of the levy intended to compensate for it, result from legal acts adopted by Ireland. The aid is, therefore, imputable to the Irish State.”

“(21) Therefore, the compensation granted for discharging the public service obligations is aid granted through State resources, in the sense of Article 107(1) TFEU.”

While the initial assessment was based directly on the Treaty [Article 106(2)], the new assessment applied the provisions of the 2012 SGEI package.

Existence of a service of general economic interest

Points 15 and 16 of the SGEI Framework require a formal act of entrustment specifying, inter alia, the content and duration of the PSO, the entrusted undertaking, and the description of the compensation mechanism. The duration of the entrustment needs to be justified in view of objective criteria (point 17 of the SGEI Framework). The Commission accepted that the PSO were imposed on ESB through a statutory instrument that specified the content of the PSO, their respective duration, as well as the parameters for calculating the compensation. The duration of 15 years was considered appropriate in view of the lifetime of that kind of plants.

Ireland committed itself to carry out the sale of the plants through an open, transparent, objective, fair and non-discriminatory process. The Commission considered the commitment to be in accordance with the requirements of the SGEI Framework. The Commission added that “(35) … the entrustment of ESB and the transfer to a new buyer constitute either a service concession or a service contract, depending on the existence or lack of a substantial operating risk on behalf of the service provider. Therefore, the sale should be conducted in a way that complies with the relevant Treaty principles and Court case law relating to service concessions, or, if applicable, with the detailed procedural rules of the public procurement directives applicable to service contracts.”

According to point 21 of the SGEI Framework, the “compensation must not exceed what is necessary to cover the net cost of discharging the public service obligations, including a reasonable profit”. In paragraph 43 of the initial decision, the Commission found the compensation granted to ESB to be proportionate to the costs incurred by discharging the PSO.

The PSC is equal to the amount of costs [of peat-fired plants] that ESB cannot cover with the revenue from selling electricity [generated by peat-fired plants]. The exact costs are computed each year by CER. An interesting distinction is made between uncontrollable costs, which are certified by the CER as incurred (local rates, use of system charges, the cost of peat supplied by third parties), and controllable costs (payroll, materials, operation and maintenance of the stations). These latter costs, whose behaviour ESB can influence, are measured against a benchmark (projections made at the time when the PSO were initially imposed) and may be subject only to partial compensation, depending on how efficient ESB is in discharging its obligations. Efficiency gains are not left to ESB, but reduce the incurred costs and thus the amount of compensation.

In determining the costs, the CER first makes an estimate about the costs, which are expected to be incurred through the discharge of the PSO in the coming year. Then the estimate is corrected ex post by increasing or reducing the compensation accordingly.

The Commission explained that “(37) the compensation mechanism is based on the cost allocation methodology, meaning that the compensation is determined as the difference between the cost to ESB of generating the peat-fired electricity and the total revenues derived by ESB from selling this electricity to customers.”

It should be noted that the net avoided cost methodology is based on a comparison of a provider’s situation with and without the PSO. However, in this situation it is necessary to know the identity and the activities of the provider, which was not the case here.

The Commission concluded that the mechanism of calculating the compensation was in line with the SGEI Framework and in addition found that competition and trade would not be affected to an extent that would be contrary to the interest of the EU.

The Commission conclusion that the scheme in question was in conformity with the SGEI Framework was not the end of the assessment. This is because parafiscal charges and levies which are imposed on the consumption of a product (e.g. electricity) regardless of whether it is domestic or imported, but the proceeds of which only benefit domestic production, are not compatible with Articles 30 or 110 TFEU. Therefore, the Commission also had to check compliance with these Treaty provisions.

The Commission found that “(50) in the case at hand, the levy intended to compensate the respective owner of the two peat plants for discharging public service obligations (which is a domestic producer) is not based on the consumers’ electricity consumption, but on the basis of their connection capacity. Therefore, the levy does not affect the electricity consumption as such, and it does not in particular discriminate against imported electricity, as noted by the Commission in its initial decision, at recital 58 et seq. thereof.”

In the original decision N 6/A/2001, the Commission reasoned as follows:

Ireland was a geographically isolated country having only limited interconnection with the energy networks of other countries. The one electricity interconnector between Ireland and Northern Ireland represented 7.3% of the installed capacity in Ireland. The levy was based on the connection capacity of each subscriber. The subscribers would pay the levy irrespective of their electricity consumption.

Interestingly, under those conditions, the Commission acknowledged that a consumer who would import all its electricity “would bare [sic] alone the charge of the connection, and that, although the levy would not depend on the electricity consumption level, it should in this case be viewed as a charge on imported electricity consumption.” [paragraph 62] Nonetheless, it went on to State that “63 the Commission considers however that this situation remains a theoretical one, especially in view of the low level of connection of the Irish network with other community networks … 64 Therefore, the Commission holds that the levy planned by the Irish Government can be viewed as disconnected from the consumption of electricity, and is therefore not subject to the aforementioned Court and Commission constant practice.”

This finding appears to deviate from the much stricter Commission practice in other cases where measures causing the slightest impediment to intra-EU trade are held to infringe the fundamental principle of free trade.

[1] The text of that Commission Decision can be accessed at:

[2] The text of the new decision can be accessed at:

[3] At this point the Commission referred to the judgment of the Court of Justice in case C-206/06, Essent Netwerk. In that judgment, the Court explained that in PreussenElektra the German authorities imposed an obligation on electricity distributors to buy green electricity without creating a system for compensation, let alone imposing a levy on electricity users. All other systems that were examined by the Court since the judgment in PreussenElektra have been accompanied by arrangements for offsetting the extra costs of green electricity through levies. These arrangements have all been found to bring the revenue from levies under State control.