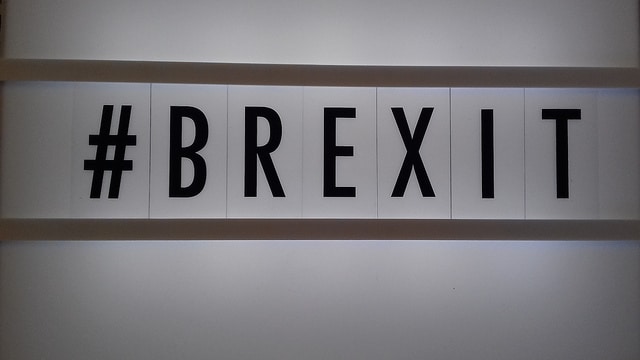 With great pleasure we welcome again Professor Erika Szyszczak to our blog. Erika is a Research Professor in Law and a Fellow of the UK Trade Policy Observatory. She is currently the Special Adviser to the House of Lords Internal Market Sub-Committee in respect of its inquiry into Brexit: competition. She is the author of The Regulation of the State in Competitive Markets (Hart Pub. 2007). Today she shares her views on how State aid will be used and regulated in a post-Brexit Britain.

State aid may be necessary, to fund infrastructure projects, environmental projects such as renewable energy schemes or to combat unusual situations, such as environmental disasters, or financial crises, or to buy time for rescue and restructuring to save jobs and a local economy. It may be needed on an ongoing basis to provide public services.

The role of State aid after Brexit is on the political agenda. The global implications of using State aid have already been seen in the Boeing-Bombardier dispute.

And in the UK a discussion has to be had on how State aid will be used and regulated in a post-Brexit Britain.

In an interview with Andrew Marr on 24 September 2017 at the start of the Labour Party Conference Jeremy Corbyn discussed one of the core reasons why the Labour Party supported Brexit. He argued that the Single Market “has within it restrictions in state aid and state spending. That has pressures on it through the European Union to privatise rail for example and other services.”[1]

At one level this comment is an astute and nuanced understanding that the EU State aid rules, although located within the Chapter of the EU Treaty (TFEU) on competition, are in fact more attuned to the free movement issues, found in the four economic freedoms of the single market, than the competition rules which address mergers, collusion and abuse of dominant power by private firms. However, the comment is not a correct analysis of the substance of EU State aid law. A paper by Andy Tarrant and Andrea Biondi, EU law is no barrier to Labour’s economic programme has shown that each of the 26 radical economic proposals contained in the 2017 Labour Party Manifesto in fact would not be impeded by the EU State aid rules. This paper has been attacked by Danny Nicol, Kiss goodbye to nationalisation if we stay in the single market who argues that the Tarrant-Biondi analysis misses the point that the liberalisation of markets in the EU has necessarily led to the privatisation of essential services and sectors such as telecoms and utilities, such as gas, water, postal services. It is a question of perspective on how far the EU liberalisation programmes have made it impossible for nationalised firms to function in the Single Market.

Thus there needs to be a better understanding of the way in which the EU State aid rules operate, and to think more carefully about how State aid will be regulated post-Brexit. To set the record straight, firstly, the EU Treaties do not prevent nationalisation of industries or sectors. From the beginnings of the Common Market the legal framework was neutral on public or private ownership. In 1957 the original EEC Member States were social welfare states, often using State monopolies to deliver a range of social and industrial essential services. In some instances monopolies were created to raise revenue, for example, tobacco and matches, or alcohol monopolies, as well as fulfilling a social or health-related function of curbing excessive consumption.

This Treaty shall in no way prejudice the rules in Member States governing the system of property ownership.

Over time, as a result of the liberalisation of markets, especially after the completion of the Single Market, there were pressures, stemming initially from the UK, for both the European Commission and the European Courts to subject State monopolies to closer scrutiny. But in many instances the complaints were made from competitors and consumers who were tired of the out-dated and inefficient State monopolies not meeting consumer demands. In other cases, for example, telecoms and postal services, the pressures came from dramatic changes to technology. Within the EU liberalisation programmes core essential services were ring fenced using concepts of universal service obligations. Arguably these concepts have modernised consumer rights, and, some would argue, created new concepts of consumer-citizenship rights. The legal position under EU law is that where monopolies exist and are engaging in an economic activity the State must follow the EU rules, especially those relating to the four economic freedoms and the competition (anti-trust) rules. This creates a level playing field and prevents the deep pocket of the State from stifling competition.

But even so, EU law has developed a number of tools to manage State intervention, for example, where the State acts in the same way as a private market investor would behave it may inject capital into firms that it either controls, or owns a significant shareholding. The constraint is that the State may not behave unilaterally; it is subject to investigation and justification under EU law. This ensures that State aid is being used correctly and effectively. This is very different from the assertion that the State may not invest in public firms.

Also, where the State can show that there is an essential public service at stake (a Service of General Economic Interest) then the State may be able to subsidise that service where it is shown that there is a market failure. Recent cases in the EU have involved transport issues, for example, where the State has identified a need to subsidise a local airport (Scotland, France) or maintain a rail link to remote areas (Denmark). State aid has also been used to protect diversity in security of supply of energy (Lithuania, Malta), as well as ensuring the universal roll out of broadband (France). There is a current case before the European Court on whether Spain may use State aid where there is an alleged market failure to deliver the switch from analogue to digital TV.

Added to these two broad legal tools the EU has created numerous exemptions from the application of the State aid rules for small local public services and for social services such as education and healthcare.

Since 2000 the EU has embarked upon a modernisation programme which has created clearer guidance for the Member States on where, and when, they may grant effective State aid. While such Guidelines may seem prescriptive they do allow a Member State to get on with the financing of strategic projects without the need to negotiate with the European Commission.

Over time, except for the unusual set of conditions necessitating bank bailouts, it can be seen in the various EU State Aid Scoreboards that the amount of aid granted in the EU has decreased and has been used in targeted manner, away from sectoral aid to projects that have a beneficial contribution to horizontal policies, such as the environment.

Brexit will not avoid the application of a State aid discipline. It is on the agenda as part of the EU negotiating brief for any future trade agreement with the UK. The EU is likely to apply Antidumping and Countervailing Duty duties against any trading partner granting State aid against its rules and thus the only way to be exempted is to sign a Free Trade Agreement that embodies EU State aid rules.

In the event of no deal, the fall- back position of the WTO will also require a system of effective control of State subsidies.

All these requirements will require a transparent domestic State aid monitoring and enforcement body, as well as an ex post review of the effectiveness of measures taken. In addition to the political discussion of when, and how, State aid should be used any discussion needs to take on board the legal vacuum that will emerge if, and when, the UK leaves the EU.