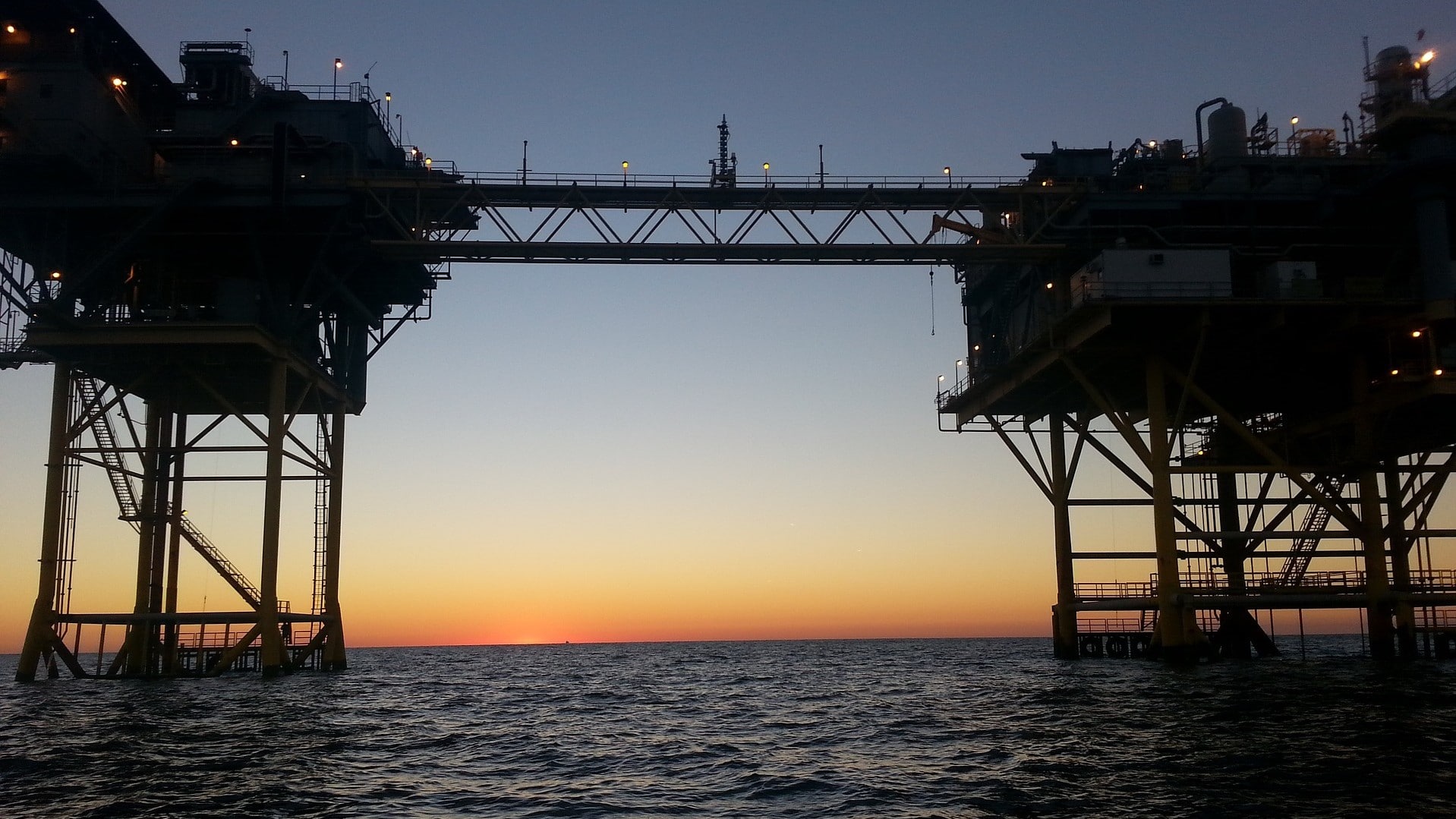 A state guarantee can bridge the funding gap of an infrastructure project.

State aid rules allow energy infrastructure projects to be supported by as much aid as is necessary to bridge their “funding gap”; i.e. the difference between the initial investment cost and the present value of their expected net operating revenue which is the future gross revenue minus future operating costs.

In the case of a terminal for liquefied natural gas [LNG] in Cyprus, the aid was in the form of a state guarantee. We will see later how the guarantee, which provides compensation in case of default rather than injecting actual money into the project, was able to reduce the funding gap.

Cyprus notified to the Commission an individual measure concerning the construction and operation of a terminal for LNG. The Commission approved the aid in decision SA.55388.[1]

Cyprus imports all the fuels it uses for the generation of electricity, as it has no indigenous sources of energy [except solar and wind energy]. Given its geographic position, its electricity network is not connected to any EU networks. The LNG terminal, by making possible more gas imports, is expected to improve its energy security and reduce its green-house gas emissions from the generation of electricity. Natural gas is more environmentally friendly than heavy oil which is currently used to produce electricity.

The tender procedure was conducted according to EU public procurement rules.

The beneficiary of the aid is the Natural Gas Infrastructure Company of Cyprus [ETYFA]. It is 70% owned by the Cyprus National Gas Public Company [DEFA]. The remaining 30% is owned by the Electricity Authority of Cyprus [EAC], the incumbent electricity producer. DEFA is wholly state-owned and is the sole importer and distributor of natural gas in Cyprus. EAC is also wholly state-owned.

The state guarantee has a duration of 20 years [the same as the duration of the loans] and will be granted at a zero premium.

The capital costs of the project are estimated at EUR 305 million. They will be financed with equity and debt.

“(41) The equity of the Project will be shared between DEFA and EAC. The Project was awarded EU funding of EUR 101 million under the Connecting Europe Facility (“CEF”) on 9 February 2018. This amount constitutes DEFA’s 70% equity contribution to the Project. EAC has subscribed for the remaining 30% shareholding in ETYFA for a consideration of EUR 43 million.”

[The Commission decision is silent on whether the EU funding provided to DEFA constituted State aid or whether the whole of the equity was State aid as it was injected by state-owned companies and as, obviously, the project was not economically viable without the state guarantee so that it was not MEIP-conform.]

The project will generate revenue from the sale of gas. Prices will be set a level that will cover operating expenses and depreciation plus a return. The return is the Weighted Average Cost of Capital [WACC] as determined by the Cypriot energy regulator. The project experiences an estimated funding gap of EUR [50-300] million [the precise number is not stated in the Commission decision as it is considered a business secret].

There was no doubt that the state guarantee constituted State aid. Not only was the state guarantee granted for free, but it also covered 100% of the two loans totalling EUR 230 million. It conferred a selective advantage, funded by state resources and affecting trade and distorting competition.

The amount of aid was the GGE embedded in the guarantee. The Commission calculated the GGE of the aid when it examined whether the aid was proportional to the objective it sought to support.

The Commission examined whether the common compatibility principles were satisfied:

With respect to the incentive effect of the aid, the Commission noted that “(103) the simulations provided by Cyprus show that the LNG terminal would not be able to obtain a loan on the market if it was not secured by the State guarantee. Without the aid, the terminal project could not materialise and deliver its contribution to ensure security of supply and to lower GHG emissions.”

It is not evident in the Commission decision how the Cypriot authorities proved that no commercial bank was willing to lend to ETYFA, a state-owned legal monopoly with exclusive rights to import gas. In fact the claim that no funding was possible without the state guarantee seems to contradict the approach in paragraph 111 of the decision [please see below] that considers a proxy rate of interest of 4% to be reasonable because this is the market rate for the financing of comparable projects elsewhere in Europe.

Anyway, the Commission continued that by “(104) taking into account the above consideration, it can be concluded that the aid has an incentive effect, as it provides the necessary incentive for ETYFA to operate the LNG Terminal. The project would not be carried out in the absence of the notified measure and the notified measure has an incentive effect for the realisation of the project, in accordance with sections 3.8.4 and 3.2.4 of the EEAG.”

With respect to proportionality, according to points 211-212 of the EEAG, aid is proportional if it less, or equal, to the funding gap of the aided project. For this purpose the Commission had to calculate the GGE of the aid.

“(107) The Commission notes that, as the notified measure involves a State guarantee, the relevant legal framework for the calculation of its aid equivalent is the Commission Notice on the application of Articles 87 and 88 of the EC Treaty to State aid in the form of guarantees (the “Guarantee Notice”).”

“(108) Pursuant to Section 4.2. of the Guarantee Notice, the calculation of the cash grant equivalent of a guarantee equals the difference between the market price of the guarantee and the price actually paid. According to the Cypriot authorities, no commercial bank would have provided a loan to ETYFA without the State guarantee.”

“(109) The Commission observes that, as there is no market interest rate which could serve as a reference, a reference rate needs to be determined in line with the Commission Communication on the revision of the method for setting the reference and discount rates (the “Communication on reference rates”). This should take into account the relevant risk profile linked to the operation covered as well as the characteristics of the undertaking guaranteed and the collaterals provided.”

“(110) Cyprus provided an assessment of the State aid element in the guarantees, applying a rate differential approach. Following the Communication on reference rates, this assessment is based on a rate of 400 bps in absence of credit rating of the beneficiary. It establishes the guarantee premium by comparing the loan with and without a State guarantee; the method corresponds to the fall back option presented in the Guarantee Notice in case no proper guarantee premium benchmark can be found on the financial markets.”

“(111) This rate of 400 bps has been compared with the financing conditions applicable to other companies operating LNG terminals in Europe, and considered as being a defensive assumption.”

“(112) Cyprus has estimated the cash equivalent value of the State aid element in the guarantees for loans amounting to a total of EUR 230 million as being equal to EUR 99.22 million. This cash equivalent results from the difference between the alleged financing costs at arm’s length conditions (400bps) and the actual financing conditions obtained by the beneficiary for the loan.”

“(113) Cyprus provided the calculation of the funding gap related to the project, amounting to EUR [50-300] million.”

“(115) The Commission considers that Cyprus has satisfactorily demonstrated that the net present value of the State aid component, namely the State aid guarantee, would not exceed the funding gap, accordingly with point212 of the EEAG. The Commission concludes therefore that the notified measure does not entail overcompensation, in accordance with points 211 and 212 of the EEAG.”

Two comments are in order here. First, it is puzzling why the funding gap is given as a range starting at EUR 50 million when the amount of aid is revealed to be EUR 99.22 million and has to be less than the funding gap. The decision could have specified the range of the funding gap as EUR 100-300 million.

Second, and much more importantly, the purpose of the funding gap methodology is to determine the minimum amount of aid that can make the project viable by bridging the gap that exists before the granting of aid. That is why aid is not allowed to larger than the gap because the amount that exceeds the gap is unnecessary for the viability of the project. In the case of the Cypriot LNG terminal, the guarantee made possible the loans at lower interest rates. In other words, it plugged the gap not be injecting money directly into the project but by reducing the financing costs of the project. But this implies that the gap without the guarantee must have been close to EUR 100 million.

With respect to any undue negative effects on competition and trade, the Commission noted that they were unlikely, as the Gas Directive provided Cyprus with derogations, in order to allow time for the development of a functioning, competitive gas market. There is currently no natural gas in the country’s energy mix.

Given that all of the common compatibility principles were satisfied, the Commission approved the aid. “(125) The Commission considers that the notified measures are compatible with the internal market in accordance with Article 107(3)(c) TFEU, as they comply with Section 3.8 of the EEAG.”

Photo by gloriaurban4 on Pixabay