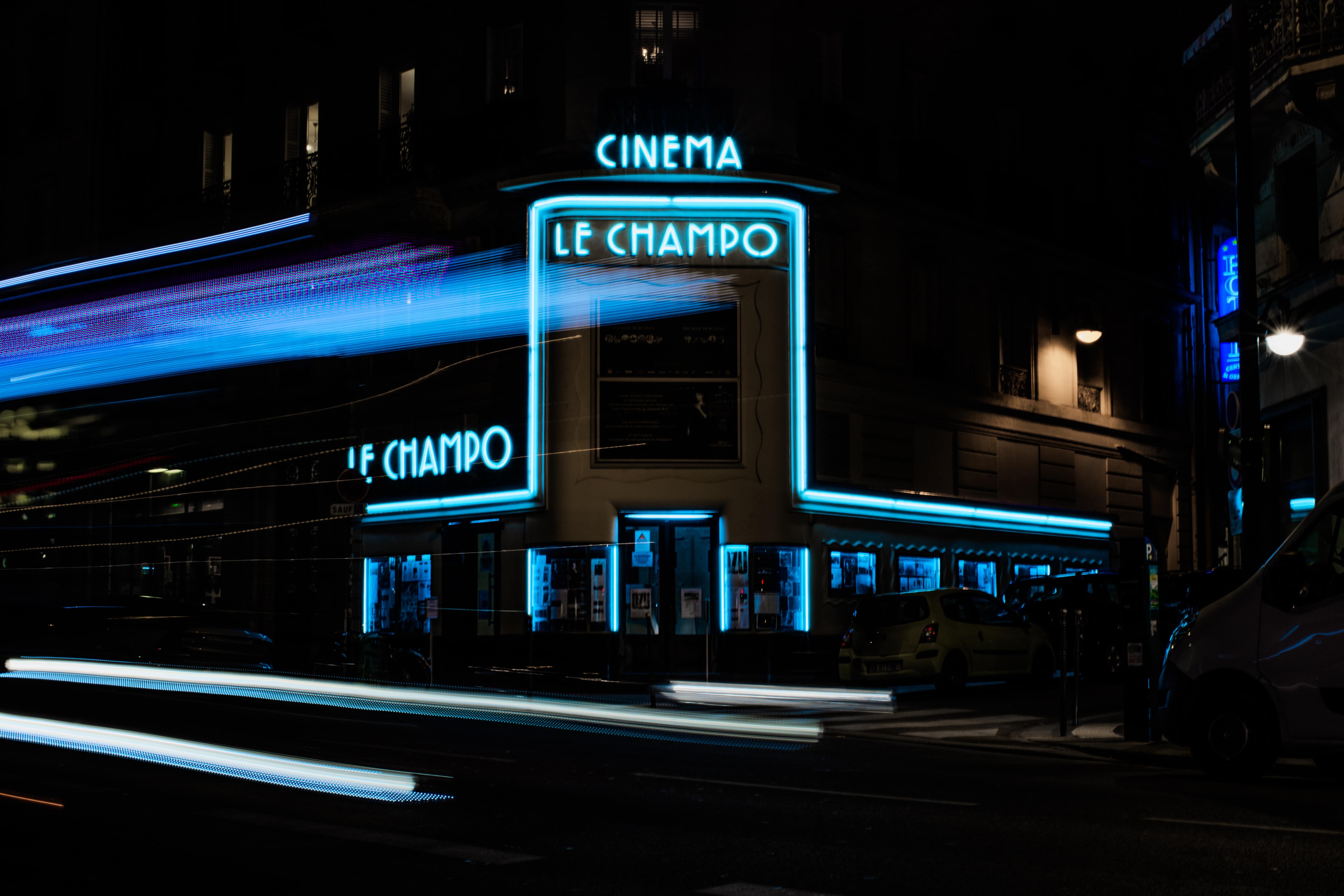 Taxes which are inseparably linked with an aid measure are assessed together with the aid itself.  An increase of the budget of an aid scheme by more than 20% constitutes a change of existing aid that must be notified to the Commission for prior authorisation.

Taxpayers may not refuse to pay taxes on the grounds that the tax revenue is used to fund aid that may be illegal or incompatible with the internal market. However, when a tax is “hypothecated” to an aid measure, the Commission is empowered to assess the compatibility of both the aid and the tax, despite the fact that a tax is normally a burden, not an advantage in the meaning of Article 107(1) TFEU. Therefore, when an illegal or incompatible aid measure is exclusively and solely funded by a tax, taxpayers can ask a national court or the Commission, as the case may be, to put an end to the aid measure so that they will not have to pay the tax.

On 20 September 2018, the Court of Justice of the European Union ruled in case C-510/16, Carrefour Hypermarchés v Ministre des Finances et des Comptes Publics, which partly examined whether a tax was hypothecated to an aid measure.[1] The case arose from a dispute between Carrefour and the French Ministry of Finance concerning reimbursement of a tax on sales and rental of video recordings.

In 2006, the Commission authorised aid to cinema and audio visual production in France. The funding for the aid came from a tax on cinema tickets, a tax on television services and a tax on the sale and rental of video recordings for private use. Carrefour initiated proceedings before a domestic court, seeking reimbursement of the tax it paid on the sale and rental of video recordings. It claimed that the tax was collected in breach of Article 108(3) TFEU because France did not notify to the Commission certain changes of one of the three taxes that funded the aid measure. The forecast revenue from the tax on television services had increased significantly.

For this reason, the referring French court asked the Court of Justice several questions the main of which was whether the significant increase in revenue from the taxes earmarked for the scheme, in relation to the forecast that had been notified to the Commission, required a new notification according to Article 108(3)? Another question was whether an increase in the initial budget of an existing aid scheme in excess of 20% constituted a change to that scheme, as laid down in the implementing regulation 794/2004 (which was the predecessor of the current regulation 2015/2282)?

The Court of Justice reiterated at the outset that taxes do not fall within the scope of Article 107(1) TFEU unless they are a means of financing an aid measure in a way that they form an integral part of that measure. When the method of financing an aid measure is an integral part of that measure, the consequences of the failure of the national authorities to observe the prohibition of implementation under Article 108(3) TFEU extend to the funding of the measure with the result that the national authorities are, as a rule, obliged to repay the taxes levied in breach of EU. [paragraph 14 of the judgment]

Then the Court noted that the questions of the national court were based on the premise that the three taxes constituted an integral part of the aid scheme at hand. In addition, the national court made a distinction between the revenue from the three taxes and money (expenditure) actually paid to the aid recipients and mentioned the amounts that were kept on reserve and entered in the general government budget.

The Court recalled that in order for a tax to be regarded as an integral part of an aid measure, there must necessarily be a relationship between the tax and the aid under the relevant national legislation, in the sense that the tax is intended to finance the aid and directly affects its level and, consequently, it also affects the assessment of the compatibility of that aid with the internal market. Moreover, where the competent body for the grant of aid financed by a tax has discretion to allocate the proceeds of that tax to non-aid measures, such a situation may exclude the existence of a necessary link between the tax and the aid. In view of such discretion, the tax revenue does not directly affect the amount of the advantage granted to the recipients of the aid. On the contrary, such a necessity may exist where the tax revenue is entirely and exclusively devoted to the grant of aid, even of a different kind. There may be no such necessity where the amount of aid granted is determined solely on the basis of objective criteria, without being related to the tax revenue assigned to that purpose, and is subject to an absolute limit. Also there is no necessary link between the tax and the aid when the amount of aid is determined on the basis of criteria which are not related to the tax revenue intended for the aid; and when national legislation provides that any surplus of that revenue in relation to the aid has to be allocated to a reserve fund or to the Treasury. [paragraphs 19-22]

On the basis of the above principles, the Court of Justice held that it was for the national court to determine whether the allocation of part of the tax revenue to a reserve had the effect of reallocating the disputed amount for non-aid measures and to assess the effect of the reallocation of part of that revenue to the general government budget on the existence of a possible link between the tax and the aid.

Then the Court of Justice continued its analysis on the assumption that the three taxes constituted an integral part of the aid scheme at issue. It explained that in the context of the EU system of State aid control, the procedure is differentiated according to whether existing or new aid is involved. Existing aid may be granted as long as the Commission has not ruled that it is incompatible with the internal market, new aid must first be notified to the Commission before it is granted. [paragraph 25]

Then the Court applied these principles to the issue at hand in order to interpret the concept of “initial budget for an existing aid scheme” laid down in the implementing regulation and to consider whether the increase in total revenue from the three taxes could be regarded as an increase in the initial budget of the aid scheme, which was required to be notified to the Commission.

In its normal meaning, the term “budget” refers to the amounts available to an entity to defray costs. In order for the Commission to assess the compatibility of State aid, it must also take into account the budget of the aid. [paragraph 31] In the case of an aid scheme, the Commission may confine itself to examining its general characteristics without being required to examine any particular case of its application or the amount actually paid. [paragraphs 32-33]

The words “budget of an aid scheme” cannot be interpreted as limiting the amount of aid actually granted, since that amount is known only after the implementation of the aid scheme in question. On the contrary, in view of the preventive nature of the review provided for in Article 108(3) TFEU, those words must be interpreted as referring to the relevant financial provisions, i.e. the sums available to the institution responsible for granting the aid in question as they have been notified to and approved by the Commission. In the case of an aid scheme financed by parafiscal charges, the budget of that scheme is precisely the income from those taxes made available to the aid granting institution. [paragraphs 34-35]

Then the Court noted that the scope of a Commission’s decision authorising an aid scheme, is limited by the budget fixed by the Member State in its notification. [paragraph 38]

According to the information provided by the national court, the actual increase in the total revenue from the three taxes was clearly higher than the forecasts that were notified to the Commission (from EUR 16.5 million per year to EUR 67 million). To the extent that such an increase in the budget was capable of affecting the assessment of the compatibility of the aid scheme, that increase constituted a change that was not purely formal or administrative in nature. Within the meaning of the first sentence of Article 4 (1) of Regulation No 794/2004. Consequently, such an increase, was a change of existing aid, regardless of the fact that it was not the result of a legal amendment of the scheme in question. [paragraphs 41-42]

Given that changes up to 20% are not considered changes of existing aid, the Court also clarified that in the case of a scheme of existing aid financed by parafiscal charges, the original budget of that scheme is determined by the forecasts of the corresponding tax revenue which is approved by the Commission. Consequently, the excess of the 20% threshold must be assessed in relation to those receipts and not in relation to the aid actually granted. [paragraph 52]

On the basis of the above reasoning, the Court concluded that the increase in the budget of the scheme in relation to the budget approved by the Commission should have been notified to the Commission because it constituted a change in existing aid. [paragraphs 59-60]