You are here: Lexxion > State Aid Blogs > State Aid Uncovered > The Commission Must Explain its Decision 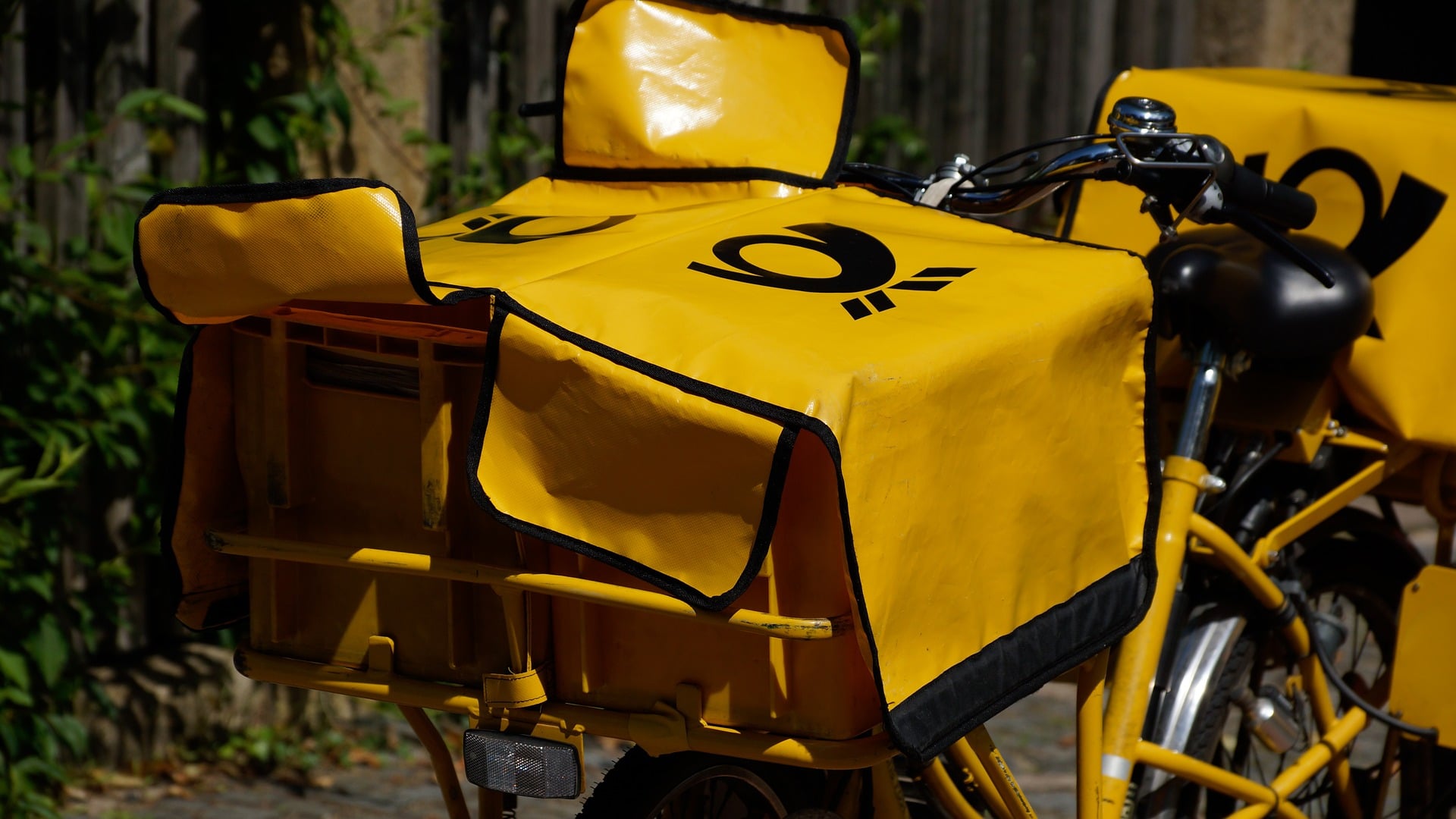 A Commission decision that affects the legal position of an undertaking is actionable before EU courts. The opening of the formal investigation procedure must lead the Member State concerned to suspend the aid measure and may result in a recovery ruling by a national court. The Commission must be consistent in its reasoning. If it cannot use certain information at the stage of determining the existence of State aid, it may not use the same information at the stage of assessing the compatibility of the aid with the internal market.

Failure of the Commission to justify its reasoning in a decision may lead to annulment of that decision, even it merely concerns the opening of the formal investigation procedure. This was the conclusion of the General Court in its judgment of 10 April 2019, in case T-388/11, Deutsche Post v European Commission.1

This was the latest, but probably not the last, instalment in the long-running investigation of the Commission in alleged subsidies to Deutsche Post [DP]. In August 1999, the Commission, after receiving a complaint by UPS, opened the formal procedure in respect of state compensation for the extra cost of pensions of employees of DP with civil servant status. In June 2002, by decision 2002/753, the Commission concluded the formal investigation with a finding of incompatible State aid. It ordered Germany to recover EUR 572 million from DP.

In September 2007, following a second complaint by UPS, the Commission decided to launch the formal procedure again. In January 2012, by decision 2012/636, the Commission considered that the public financing of pensions constituted unlawful and incompatible State aid. In July 2016, the General Court annulled the 2012 decision on the grounds that the Commission failed again to prove the existence of a benefit for DP [case T-143/12, Germany v Commission]. The Commission chose not to appeal against that judgment. This judgment was reviewed here on 6 October 2016 [http://stateaidhub.eu/blogs/stateaiduncovered/post/7234]

In the meantime, the Commission had re-opened the formal investigation procedure in 2011. The present case concerns only the 2011 decision to launch the formal procedure.

Admissibility of an appeal against a preliminary finding of State aid

The Commission contested the admissibility of the action brought by DP on the grounds that it had not definitively concluded either on the existence or compatibility of the aid. It argued, therefore, that DP’s rights had not been affected.

The General Court first recalled the relevant case law. Accordingly, an appeal is admissible when a decision can be the subject of an action for annulment under Article 263 TFEU in so far it constitutes a measure producing binding legal effects that impact on the interests of the applicant, by making a definite change in the legal position of the applicant. [paragraph 41 of the judgment]

Similarly, a decision to initiate the formal investigation procedure with respect to an implemented aid measure necessarily modifies the legal situation of the beneficiary. After the adoption of such a decision, there is substantial doubt as to the legality of that measure, which must lead the Member State to suspend its payment. Such a decision could be relied upon before a national court to draw all the consequences of the infringement of Article 108(3) TFEU [that is, failure of the Member State concerned to notify new aid]. The opening decision is also likely to lead the beneficiary to refuse new payments. Business partners may also take into account, in their transactions with the beneficiary, the weakened legal and financial situation of the latter. [paragraph 42]

The Court stressed that the obligation to suspend the operation of the measure in question is not the only legal effect of a decision to initiate the formal investigation. The beneficiary is exposed to the risk that a national court may … order the recovery of any aid granted. [paragraph 44]

The Court concluded that the contested decision constituted an act capable of affecting the interests of the applicant by bringing about a distinct change in its legal position.

Then it clarified that it was for the institution whose action was annulled by an EU court to determine what measures were required to comply with the annulment judgment. Although EU institutions enjoy a certain degree of discretion in this respect, Article 266 TFEU requires the institution concerned to prevent any measure intended to replace the annulled act from being infected by the same irregularities as those identified in the annulment judgment. [paragraphs 56-57]

The Court then noted the exceptional procedural complexity due to the existence of several administrative and court rulings concerning the alleged aid benefitting DP and the climate of uncertainty it created. It concluded that DP had a legitimate interest in bringing an action against the contested decision. [paragraphs 58-63]

DP argued that the Commission failed to provide adequate reasons for re-opening the formal procedure. The General Court first recalled that for the purposes of making the provisional legal classification of a measure as State aid in a decision to initiate the formal investigation procedure, the obligation to state reasons had to be respected in relation to all of the criteria laid down in Article 107(1) TFEU. [paragraph 69]

The statement of reasons must show clearly and unequivocally the reasoning of the institution who is the author of the act, so as to allow interested parties to know the grounds on which the act is adopted and enable EU courts to exercise their control. [paragraph 70]

According to Article 4(2 & 4) of Regulation 2015/1589, the Commission may decide to open the formal investigation procedure only if the Commission finds, after a preliminary examination, that the measure constitutes new State aid and raises doubts as to its compatibility with the internal market. [paragraph 71]

It follows that any decision taken by the Commission at the end of the preliminary examination phase must include an interim evaluation of whether the public measure in question is likely to be State aid and explain why there are doubts as to its compatibility with the internal market. [paragraph 72]

The General Court went on to ascertain, first, whether the Commission had sufficiently set out the reasons for which it considered, after the preliminary examination, that the measure in question could provisionally be classified as State aid. In this connection, the Court pointed out that the contested decision was not the first decision to initiate a formal investigation procedure concerning the pension compensation received by DP.

The Commission could not claim that it was not in a position to establish, even provisionally, whether the criteria of Article 107(1) TFEU were not satisfied and merely to express doubts, without providing sufficient grounds for this regard. [paragraph 80]

In other words, the General Court censured the Commission for claiming that a measure could be State aid because it could not prove that it was not State aid. In criminal law, a person may not be presumed to be guilty just because it cannot be proved that he or she is not guilty. The General Courts seems to be applying the same logic to State aid.

The Commission confined itself to state the difficulties which it would have faced if it had to identify economic operators whose legal and factual situation could be considered comparable to that of the applicant. In particular, it noted that, in so far as DP had exclusive rights in the field of universal postal services and had benefited from numerous transfers and public guarantees, it was in a particular and unprecedented situation. [paragraph 81]

At this point it needs to be recalled that DP and Germany have always maintained that DP has not enjoyed any advantage in relation to its competitors for the simple reason that the employees of the competitors have not had the same pension privileges as those of DP staff who have had a civil service status. This is why the Commission argued that it was not possible to find another company that was comparable to DP in order to use its costs as a benchmark of comparison.

The General Court noted that the Commission concluded that it could not demonstrate the existence of a selective economic advantage by comparing the costs borne by DP and those of its competitors. By contrast, however, the Commission considered that a comparative analysis with DP’s competitors would be adequate when examining the compatibility of the aid. [paragraph 82]

Then the Commission maintained, at the stage of its assessment of the compatibility of the aid with the internal market, that it was possible to compare the pension and social insurance contributions of DP with those of its competitors. The General Court, however, was not convinced. It found that the Commission did not explain how its analysis in the context of the compatibility assessment did not contradict the analysis concerning the existence of a selective economic advantage and State aid. [paragraph 83]

The General Court concluded that by not comparing the costs of DP to those competitors at the state of determining the existence of State aid, but by being able to carry out such analysis at the stage of assessing the compatibility of aid, the Commission failed to state reasons for its decision. [paragraph 84]

The General Court recalled that in its judgment of July 2016, Germany v Commission [case T-143/12], annulling Commission decision 2012/636, it explained that it was at the stage of the application of Article 107(1) TFEU, i.e. the proof of the existence of a benefit, that the Commission had to show that an exemption from the obligation to make pension contributions constituted an economic advantage for DP over its competitors. [paragraph 85]

In paragraphs 150 and 151 of the judgment in case T-143/12, Germany v Commission, the General Court essentially held that, if the Commission had sought, in the 2012 decision to establish the existence of a selective economic advantage, it was only at the stage of the examination of the compatibility of the aid with the internal market that it made that finding. The Commission had erred in law. [paragraph 86]

The General Court concluded that by failing to give reasons, in a sufficiently clear and unambiguous manner, for the existence of a benefit, in accordance with the requirements of Article 107(1) TFEU, the Commission placed DP in a situation of legal uncertainty, at the end of the preliminary examination phase. Moreover, this omission of the Commission did not allow EU courts to exercise a legal review of the provisional classification of the contested measure as aid within the meaning of Article 107(1) TFEU. [paragraph 89]

Consequently, the General Court annulled the 2011 decision of the Commission to re-open the formal investigation procedure.