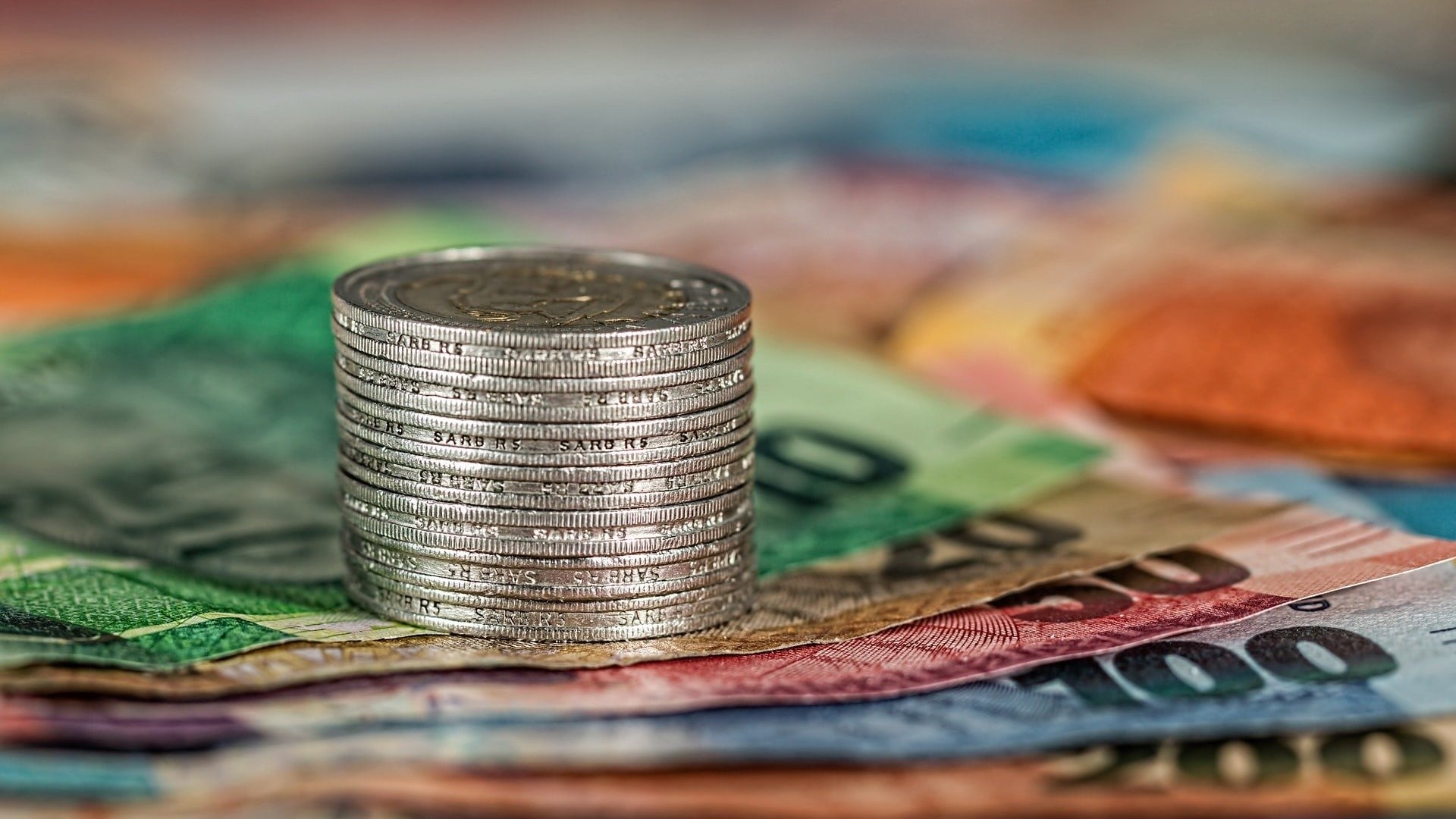 On 17 June 2020, the European Commission adopted a White Paper on “levelling the playing field as regards foreign subsidies”, COM(2020) 253 final.[1] At the same time, it launched a public consultation inviting comments from stakeholders.[2]

The White Paper proposes the creation of new instruments to protect the EU’s internal market and companies from unfair competition by foreign companies which are funded by public subsidies. Foreign presence in the EU through ownership of assets is considerable. The stock of foreign direct investment [FDI] in the EU at the end of 2018 was estimated at EUR 7.2 trillion. The openness of the EU internal market coupled with the limited openness of foreign markets further skews competition in favour of foreign companies.

Foreign subsidies are believed to distort competition within the internal market in several ways. The White paper identifies three sets of problems.

Second, such subsidies also distort the market indirectly by enabling foreign companies to outbid other potential buyers of established or innovative EU companies. As a result, rival European bidders are prevented from accessing the infrastructure or key technologies and know-how of the acquired companies and fall further behind in the race for the development of new technologies.

These kinds of problems cannot be addressed effectively with existing instruments. The Commission identifies the following “regulatory gaps”:

In order to fill the regulatory gaps identified above, the White Paper proposes new instruments that are labelled “module 1”, “module 2” and “module 3”.

Foreign subsidies would be actionable if they benefit an undertaking established in the EU or an undertaking “active” in the EU as when, for example, it seeks to acquire controlling interest in an EU company.

Action would be taken against foreign subsidies if they frustrate the achievement of EU policy objectives such as job creation, climate neutrality and environmental protection, digital transformation, security, public order and public safety and resilience.

The Commission and the relevant Member State authorities would initiate a case with a “preliminary review” to establish whether there is evidence that a foreign subsidy distorts the internal market. “Information could e.g. stem from market operators or Member States.” If there are no indications of a distortion in the internal market, they would close the case.

Since it cannot be ensured that prohibited subsidies would be recovered with interest by the granting authority, the White Paper proposes that the EU may also accept other remedies such as divestment, prohibition of the intended acquisition, prohibition of conduct linked to the subsidy, licensing of IPRs, publication of R&D results, payments to the EU or Member States.

The instruments under module 2 are intended to specifically address distortions caused by foreign subsidies that facilitate the acquisition of EU companies.

Acquisition is the direct or indirect control of a company. The percentage threshold of shares above which action would be taken is bracketed, meaning that such a threshold will have to be determined at a later stage.

The same test, procedure and redressive measures are envisaged as for module 1.

This module deals with distortions in public procurement procedures. It differs from the other two modules in that the White Paper proposes that companies participating in tender procedures should notify the procuring authorities of subsidies exceeding as yet undefined thresholds that they received in the previous three-year period. The White Paper also indicates the information that should be provided.

If it is found that a bidder has benefited from subsidies, it would be excluded from the related public procurement procedure.

The White Paper also examines the distortions that arise when subsidised foreign companies are eligible to receive EU funds or participate in EU-funded projects. For funds that are under shared management [e.g. ESIF], Member State authorities can apply the same procedures and remedies as in modules 1 and 3. For funds which are under the direct management of EU institutions, the EU can use remedies similar to those in modules 1 and 3.

Foreign subsidies are a reality. The theoretical dangers to the internal market identified by the White Paper are credible. However, the actual extent of those dangers is not yet measured. But assuming that the EU economy is under threat by foreign subsidies, are the remedies proposed by the White Paper likely to be effective without causing additional distortions of their own?

It should be said at the outset that the White Paper is intended to elicit ideas and proposals from stakeholders. It does not put forth detailed measures. Nonetheless, there are at least five potential problems with the remedies and procedures it outlines:

First, there is the difficulty of defining subsidies. Annex I of the White Paper defines foreign subsidies as “a financial contribution by a government or any public body of a non-EU State, which confers a benefit to a recipient and which is limited, in law or in fact, to an individual undertaking or industry or to a group of undertakings or industries.” This definition also covers private bodies through which subsidies may flow to third parties. How capable will this definition to catch subsidies in the form of loans with an extended grace period or capital injections in companies established in the EU? How easy will it be to determine whether this kind of financial transactions contain a “benefit”?

Second, there is the problem of identifying subsidies actually granted. The definition mentioned above is intended to apply also to subsidies granted through private intermediaries. However, will it be able to uncover subsidies granted by a company that is expressly set up to act as a channel through which public money flows to other companies? And will the definition also catch, for example, apparent revenue generated by bogus sales to fake companies?

Third, there is the problem of possible misuse of the new instruments. The concept of distortion in the meaning of Article 107(1) TFEU is extremely wide and therefore rather useless in this context as a criterion of whether there is a real need to act. The avoidance of undue distortion from State aid in the meaning of Article 107(3)(c) is a relative concept that is linked to the amount of aid and at any rate it is negatively defined [i.e. no adverse effect that is contrary to the common interest]. So it is not clear what may be actionable distortion.

Fourth, the EU does not have a blanket prohibition of State aid even though all State aid distorts competition. It allows some State aid when the benefits it generates outweigh the cost of the distortion it causes. Indeed, the White Paper acknowledges that the positive effects of foreign subsidies should also be taken into account. “If on balance, the distortion on the internal market caused by the foreign subsidy is sufficiently mitigated by the positive impact of the supported economic activity or investment, the ongoing investigation would not need to be pursued further.” The White Paper does not provide any other indication on how that balancing may be carried out. National authorities will also be able to investigate foreign subsidies and take remedial action. The White Paper envisages cooperation between Member States and the Commission. But the balancing in State aid is a rather nebulous exercise, despite the guidance provided by the Commission in its guidelines. Will it be applied uniformly and consistently across the EU?

Fifth, there is the problem of potential circumvention. The experience with the anti-dumping and countervailing actions of the EU suggests that foreign companies are able to shift their operations from one country to another. Will they not be able to shift faceless money? And, how credible will there be any commitments with respect to licensing or publication of R&D results? Will foreign companies truly give away their core technologies and know-how?

The White Paper is a response to multiple demands from Member States to tackle perceived threats from unfair foreign competition. The problems it identifies can be serious. Its proposed remedies need to be sharpened and be protected from possible abuse and inconsistent enforcement.

[1] The White Paper can be accessed at:

[2] DG Competition’s special website for the public consultation can be accessed at:

Photo by Steve Buissinne on Pixabay.