You are here: Lexxion > State Aid Blogs > State Aid Uncovered > The Treatment of Advisory and Information Services under State Aid Rules: The Case of the German Milk Levy 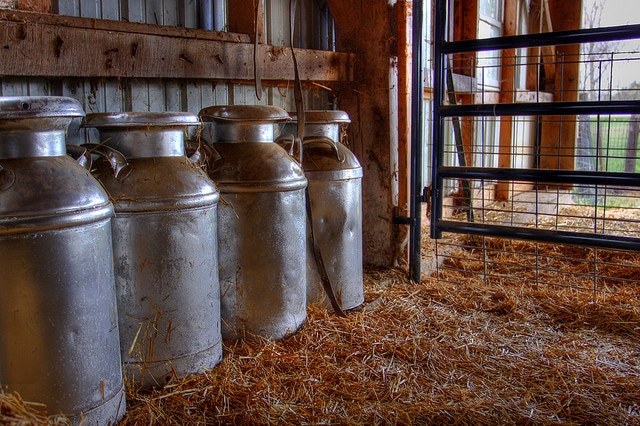 An article that was published on this blog in January (view the article HERE) dealt with the issue of compulsory tests. If tests which are intended to safeguard public health are paid for by the state, is there any State aid problem? The answer is yes. Their purpose cannot remove them from the application of Article 107(1) TFEU. What matters is their compulsory nature. It means that their cost should be borne by the milk producers themselves.

This article examines a related case. It concerns Commission decision 2016/290 on measures that were implemented by Verband der deutschen Milchwirtschaft [VDM] in connection with the German Milk and Fat Law.[1] Nine German Laender imposed a milk levy on milk dairies according to the quantities of milk they delivered. The revenues generated by the milk levy were used for improving milk quality, improving hygiene in the production and distribution process, statistical purposes, advice and training, advertising, research and education. The decision assessed several measures that were funded by the milk levy. Most of the measures had a public policy objective. Some of them supported economic activities, while others targeted non-economic activities. It is instructive how the Commission treated the measures as well as the levy that generated the revenue that financed those measures.

Non-economic activities I: Support of research and scientists

Since part of the support of individual scientists benefited private individuals, the Commission did not consider that part to be State aid. The Commission based this finding also on the premise that the scientists engaged in independent research to increase knowledge “within the meaning of paragraph 19 of the Communication on the application of the European Union State aid rules to compensation granted for the provision of services of general economic interest. The Commission believes in this case that the activity in question is a non-economic activity” [paragraph 120]. There must be a mistake. Paragraph 19 of the SGEI Communication refers to solidarity. The right reference is paragraph 19 of the R&D& Innovation Guidelines, which indeed refers to education and independent research.

VMD employees delivered lectures at the Fachhochschule Hannover. The “Commission finds that courses at public technical universities fall within the scope of state-run public education” [paragraph 122].

“(123) Union case-law has established that public education organised within the national educational system funded and supervised by the state may be regarded as a non-economic activity. The Court has thus stated that, ‘by establishing and maintaining such a system of public education, normally financed from the public purse and not by pupils or their parents, the state does not intend to become involved in activities for remuneration, but carries out its task towards its population in the social, cultural and educational areas’” [Footnote 22:  C-318/05, Commission v Germany, paragraph 68; Commission decision N 118/00 on public subsidies for professional sports clubs.]

“(124) The lectures form part of the teaching programme of a public higher education institution. The public education organised by this institution should be regarded as a non-economic activity. The Commission takes it that teaching activities are secondary activities and, as such, not an economic activity. Where there is no economic activity, there can be no favouring of undertakings within the meaning of Article 107(1) of the TFEU. Consequently, this activity does not constitute State aid within the meaning of that provision.”

When the Commission turned its attention to measures that supported economic activities, its first task was to ascertain whether they were financed by state resources. It had to examine how the Milk and Fat Law applied. The issue at hand was whether the levy was a state measure or a private measure.

Laender authorities applied the Milk and Fat Law after consultation with producers. Germany argued that the consultation process and the involvement of private organisations meant that the measure was private rather than public.

The Commission rejected that argument. The power to collect the levy and the decision to do so were the responsibility of the Laender. Their power was conferred by the Milk and Fat Law – a state measure. The revenue from the milk levy accrued to the Laender budgets before it was used to finance the various support measures. The Milk and Fat Law stipulated the purposes for which milk levy resources could be used. Private organisations had no discretion to determine the objectives of the various measures. The Commission concluded that the measures were funded by state resources.

Its next step was to determine whether the beneficiaries obtained a selective advantage. Germany argued that VDM was not an undertaking. The Commission rejected this argument too. It found that VDM was an organisation which provided services of benefit to undertakings in the dairy industry, in particular dairies. The Commission did not dispute that VDM acted in the interests and to the benefit of its members. However, this fact did not mean that the VDM did not provide services of economic nature which were funded by revenue from the milk levy. Indeed, as is well established in the case law, an undertaking, in this case a dairy, can benefit from indirect aid which is granted through its suppliers, in this case the VDM.

The Commission also observed that “(151) VDM carries out its activities under the headings ‘advice to state bodies’, ‘involvement in standardisation and harmonisation’ and ‘provision of general information’ in the interests and on behalf of its members. Those activities, which are directly related to its economic activities, save the dairies from having to implement such initiatives themselves — and from having to provide the necessary funding — in order to create a (market) environment conducive to their sales.”

“(152) The ‘advice to state bodies’ and ‘involvement in standardisation and harmonisation’ are activities which represent interests in the political process and are intended to shape opinion through different channels (legislation, technical standardisation, etc.). Ultimately this affects the legal conditions underlying the dairies’ production and marketing activities. The ‘provision of general information’ measure also benefits the dairies concerned as it promotes sales by highlighting the benefits of milk as a product.”

“(155) In this context, the Commission notes that it is the said standardisation bodies that are primarily responsible for bringing about standardisation and harmonisation. VDM does not act as a neutral party (or independent advisor) in that process but rather it channels the viewpoints of the dairy industry into the standardisation process).”

“(156) In this regard too, the Commission therefore concludes that VDM offers services as a private association.”

“(157) Similarly, the provision of general information constitutes a service. Whether this information is more general or more specific in nature does not alter the fact that its provision promotes the economic activity of the dairy industry.”

“(158) The services in question which VDM provides selectively favour certain undertakings, namely those in the economic sector of the processing and marketing of milk in the Länder that collect the milk levy. In this context, the Commission does not share VDM’s view that it is an umbrella organisation that represents general interests.”

The reasoning in paragraphs 152-158 of the decision clarify issues over which public authorities routinely raise questions concerning their funding by the state budget. To put it in a nutshell, public funding of an industrial or professional association which acts to further the interests of its members is likely to be State aid, regardless of whether the publicly funded activities concern policy making processes.

The Commission concluded that all the criteria of Article 107(1) were satisfied and the revenue from the milk levy was State aid. It then examined its compatibility.

The first issue that had to be settled was which rules had to be applied to this case. The Commission followed its standard practice which, in case of illegally granted aid, the applicable rules are those in force at the time of the granting of the aid.

The provision of technical support was regulated by the 2000-2006 Guidelines which allowed aid for the purpose of improving the processing of agricultural products. However, the Commission found the aid in question to be incompatible with the internal market because VDM’s advisory services and standardisation and harmonisation activities targeted public authorities rather than its own members. By contrast, the funding for the provision of general information was compatible with the internal market in the period 2001-2006.

Because the State aid was financed by a parafiscal charge, the Commission also had to examine the method with which the aid was financed. “(200) Where the method of financing the aid, in particular through compulsory contributions, forms an integral part of the aid measure, the Commission must also take that method of financing into account when examining the aid.”

“(201) For a charge or part of a charge to be considered as forming an integral part of an aid measure, it must be hypothecated to the aid measure under the relevant national rules, in the sense that the revenue from the tax must be necessarily allocated for the financing of the aid measure, and the amount of the tax should have a direct impact on the amount of State aid.” The Commission found that the milk levy was hypothecated to the aid.

“(207) Furthermore, the milk levy may be regarded as discriminatory internal taxation prohibited by Article 110 TFEU if, to the extent that the milk levies due on goods produced and processed on the domestic market are only partially offset by advantages deriving from the use made of levy revenues, the milk levy puts exported domestic products at a disadvantage. The German authorities have explained that, to their knowledge, undertakings that export dairy products do not suffer any disadvantages as a result of the collection of the levy”. The Commission found that the levy did not constitute an infringement of the provisions of Article 110 TFEU.

Lastly, the Commission had to examine “(209) whether charging the milk levy does not run counter to the objectives of the common organisation of markets in the agricultural sector. In this respect, it has to be assessed whether the milk levy interferes with the prices of domestic end products and thus whether domestic products are discriminated against compared to imported products.” Because the milk levy amounted to no more than EUR 0,0015 per kg, it was insignificant in relation to the retail price. The Commission concluded that the milk levy was not contrary to the objectives of the common organisation of the milk market.

Part of the public funding did not constitute State aid. Another part was compatible aid and a third part was incompatible aid that had to be recovered.

The interesting aspects of this decision are the findings of the Commission with regard to non-economic activities and, more importantly, the conclusion that the public funding of participation of the industry association in policy making process was State aid.