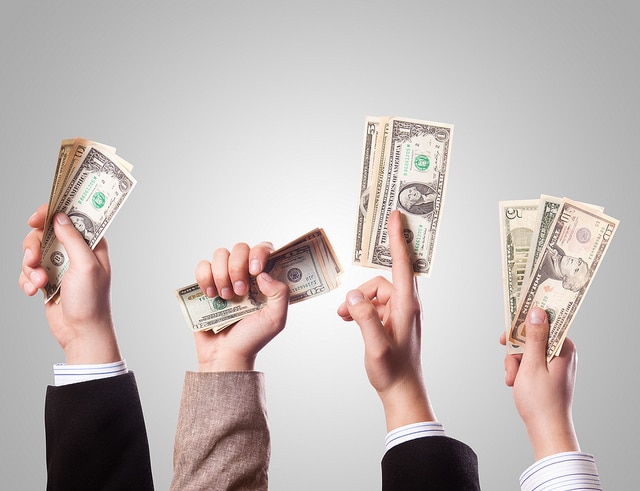 Economic activities which cannot be separated from the exercise of public powers cease to be economic in nature.

The dividing line between economic and non-economic activities is in a permanent state of flux. Although it is now clear that some activities fall within the powers and prerogatives of the state, while many others are carried out by the market through voluntary transactions between buyers and sellers in which the state has no role, the boundary between the two areas shifts with every new judgment of EU courts.

The judgment of the General Court of 28 September 2017, in case T‑138/15, Aanbestedingskalender and four others v European Commission, has caused again the boundary to shift by expanding the scope of activities that come under state prerogatives.[1]

The applicants sought the annulment of Commission decision SA.34646 in which the Commission found that public funding of the Dutch e-procurement platform TenderNed was not State aid.

The applicants [five in total] were Dutch companies offering services related to e-procurement in the Netherlands. In April 2012, they lodged a complaint with the Commission, alleging that the funding provided by the Netherlands to TenderNed involved illegal State aid.

In December 2014, the Commission formally decided that no State aid had been granted because the purpose of TenderNed was to support contracting authorities in organising and executing public procurement procedures. In its view, the Netherlands was only complying with its obligations under the EU public procurement directives to follow procurement procedures that were open, transparent and non-discriminatory. The services of TenderNed were non-economic in nature.

The applicants claimed that the Commission committed an error of assessment and an error of law by finding that the TenderNed services were non-economic.

The General Court noted at the outset that what was necessary was “(31) verification as to whether, […], TenderNed should have been regarded as an undertaking, within the meaning of EU competition law.”

In the EU case law, undertaking is any entity engaged in an economic activity, regardless of its legal status and the way by which it is financed. Economic activity is the offering of goods or services on a market. Since the definition of an undertaking is activity-based, a public authority can be considered to be an undertaking in relation to those of its activities which are economic in nature; i.e. the activities which in principle can be offered on a market.

“(36) In addition, the fact that a product or a service supplied by a public entity and connected to the exercise by it of public powers is provided in return for remuneration laid down by law and not determined, directly or indirectly, by that entity, is not alone sufficient for the activity carried out to be classified as an economic activity and the entity which carries it out as an undertaking”.

“(37) By contrast, services which, without forming part of the exercise of public powers, are carried out in the public interest and without a profit motive and are in competition with those offered by operators pursuing a profit motive have been classified as economic activities”. Indeed, whether a service is provided for profit or not is irrelevant. Equally irrelevant is the motive of the provider. This is because if competitors exist, it means that there is a market for that service. And the existence of a market is the sole decisive element of whether something is economic or not.

Then the Court added that “(38) in order to determine whether TenderNed’s activities, as defined in the contested decision, form part of the exercise of public powers or whether they can be classified as economic activities, it must be verified whether those activities, by their nature, their aim and the rules to which they are subject, are connected with the exercise of public powers or whether they have an economic character which justifies the application of the EU competition rules”. “(41) It is appropriate, first of all, to verify whether the functionalities offered by TenderNed are independent of each other, so that it is necessary to demonstrate that each of them, taken separately, is connected with the exercise of public powers, or whether, on the contrary, those functionalities should be seen as forming part of a whole from which they cannot be separated, so that the question whether TenderNed’s activity is connected with the exercise of public powers must be verified by taking account of the interaction between them.” “(42) In that respect, it must be noted that TenderNed’s various functionalities were designed, […], for the purpose of assisting contracting authorities in their electronic public procurement activities and, in particular, of providing them with the means to comply with their statutory obligations in relation to the organisation and execution of public procurement processes, from the publication of the tender notice to the award of the public contract itself.”

Since the Court found that all of the functionalities of TenderNed were necessary for the services that it aimed to provide, in the next step of its analysis the Court examined whether TenderNed’s activities were connected with the exercise of public powers.

In this respect, the Netherlands argued that TenderNed aimed to safeguard the principles of equal treatment and transparency, to ensure the effective functioning of public procurement rules and to comply with EU law. The obligations imposed by EU law were inherently linked to the exercise of public authority and public powers.

The status of a contracting authority

The General Court also considered and rejected several counter-arguments by the applicants. One of these counter-arguments concerned the applicability to the present case of a  distinction made in an earlier case between executing a particular task and deciding on the task that had to be carried out. This distinction was made in a case that concerned the disposal of dead animal carcasses. In its judgment in case T-309/12,  Zweckverband Tierkörperbeseitigung v Commission, the General Court differentiated between the act of disposing and the need for ensuring proper disposal of animal waste and carcasses. In response to this argument by the applicants, the Court noted that it “(68) made a distinction between the disposal and transformation of animal by-products, on the one hand, and ensuring that those by-products were correctly transformed or disposed of at all times, on the other. It concluded that the first activity […] was an economic activity, whereas the task of ensuring that such products were properly transformed and disposed of, which was incumbent upon the competent authorities of the German Länder themselves, was a task forming part of the exercise of public powers”. “(69) In the present case, […], according to the procurement directives, the Member States are required to ensure that an adequate system is in place on their territory so as to guarantee that public procurement is carried out electronically, but they are free to choose the means of achieving that objective […]. In that respect, a distinction may be drawn, like the distinction made in the judgment of 16 July 2014, Zweckverband Tierkörperbeseitigung v Commission […], between, on the one hand, e-procurement and, on the other hand, ensuring that such procurement is not only feasible, but will also be carried out in compliance with the statutory obligations imposed on contracting authorities.” “(70) It must be held that ensuring that e-procurement will be actually be carried out and comply with the public procurement rules forms part of the exercise of public powers.” “(71) Accordingly, TenderNed, by providing, free of charge, functionalities which ensure that e-procurement is conducted throughout the Netherlands in accordance with the procurement directives and the Procurement Law, and which was set up by the Ministry for that purpose, forms part of the exercise of public powers.”

The reasoning of the General Court here is correct, but opens a pandora’s box of unintended consequences that the Court appears to have ignored. By making a distinction between ensuring that something functions according to a certain standard defined by law and the task of actually carrying out the particular activity, the Court may have inadvertently encouraged market operators to challenge every state prerogative. This is because every such prerogative can be broken down in components or tasks that can be assigned to private operators [e.g. the issuing of passports [state prerogative] v the printing of passports [market operation]; the adoption of regulation [state prerogative] v the checking of compliance [market operation]; the prohibition of dangerous food additives [state prerogative] v the measuring of extraneous substances in food [market operation]]. For example, the state sets safety standards for electrical products, safe operation standards for aircraft or ships or sound operation standards for banks. However, certification for safety, safe operations or sound operations can be provided by private entities.

Indeed, the applicants disputed that each of TenderNed’s functionalities were connected to the exercise of public powers. However, they made their arguments by reference to the requirements of EU public procurement directives. The Court rejected their interpretation of the directives, so the analysis did not touch on the issue of separability between the powers of the state to regulate, impose obligations and set all sorts of standards and the execution of tasks that give effect to regulations, obligations or standards.

In this connection, the applicants referred to the judgment of the Court of Justice in case C-138/11, Compass-Datenbank, which concerned the collection and processing of information on companies. The General Court recalled that “(77) according to the Court of Justice, data collection in relation to undertakings, on the basis of a statutory obligation incumbent on those undertakings to disclose the data and powers of enforcement related thereto, forms part of the exercise of public powers. Consequently, such an activity is not an economic activity […]. Equally, an activity consisting in the maintenance and making available to the public of the data thus collected, whether by a simple search or by means of the supply of print-outs, in accordance with the applicable national legislation, is not an economic activity either, since the maintenance of a database containing such data and making that data available to the public are activities which cannot be separated from the activity of collecting the data. The collection of the data would be rendered largely useless in the absence of the maintenance of a database which stores the data for the purpose of consultation by the public”. Indeed the collection of data would be useless of they were not stored and managed. The power to collect data is certainly a state function. The obligation imposed on undertakings to supply such information also emanates from state powers. But the actual collection and management of data are tasks that can be assigned to undertakings. So there is a certain contradiction in the cases cited in this judgment.

At any rate, the General Court concluded that “(80) TenderNed’s activities consisting in providing a noticeboard, in order to allow the publication of the tender notices and decisions awarding public contracts that the contracting authorities are required to communicate in accordance with their statutory obligations, are not economic activities.” “(81) Accordingly, even if the noticeboard were separated from the rest of TenderNed’s activities, it would remain, in accordance with the case-law established in the judgment of 12 July 2012, Compass-Datenbank […], connected with the exercise of public powers.”

It is rather safe to infer that most of the case law on the linkage between state powers and tasks giving effect to those powers indicates that whatever task is necessary for the state to actually exercise its powers and prerogatives should be considered to be non-economic in nature. Only the state can decide whether to separate such tasks and assign them to private operators. For example, the state may decide to assign the printing of school books to a market operator or to carry out itself both the writing and printing of these books. It may also decide, as actually happens in many countries, to do neither. Instead, it may choose to procure both the writing and printing of textbooks.