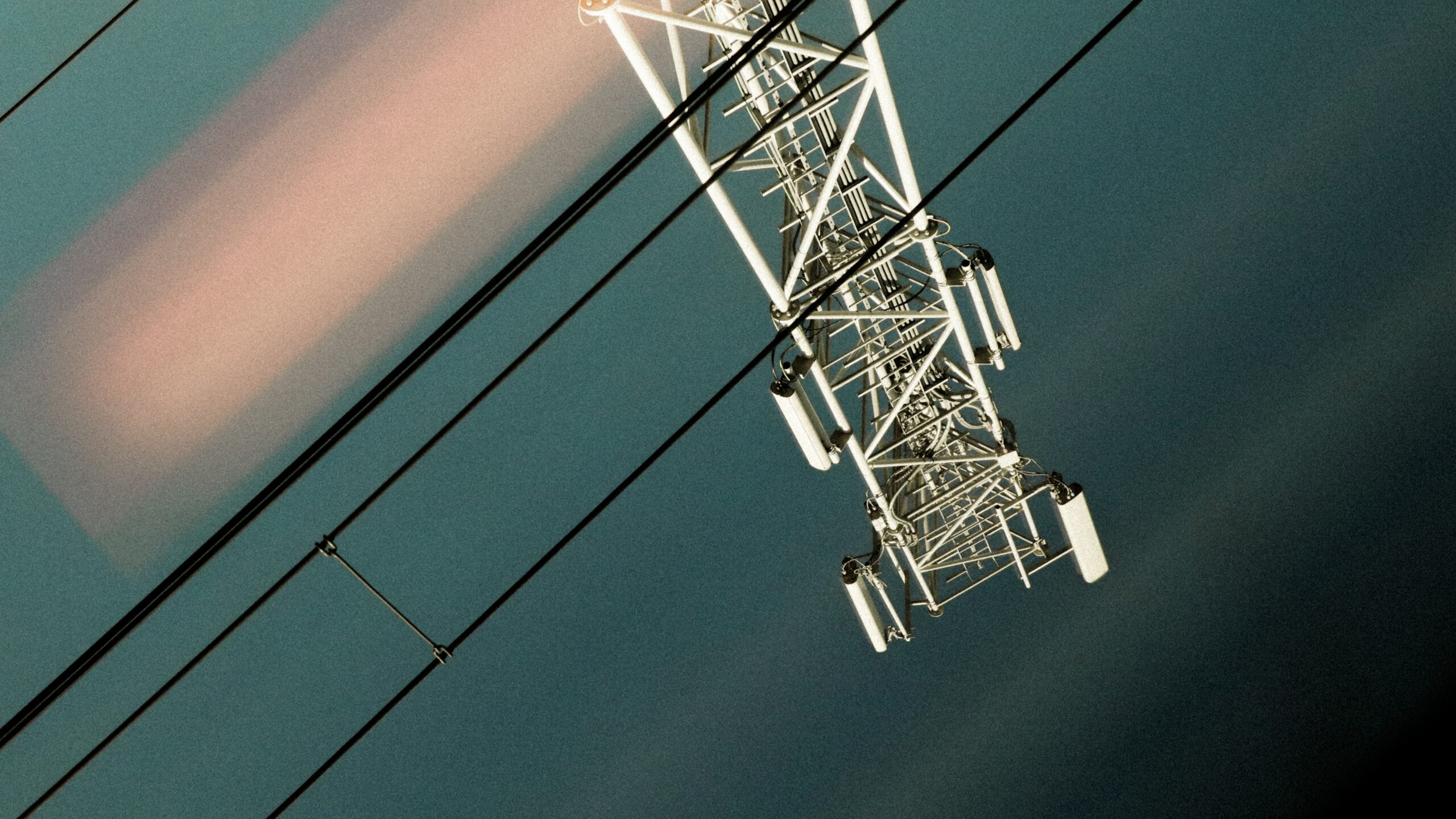 A price below the regulated normal price confers an advantage. Competition is distorted even when the aid recipient does not expand its operations.

An undertaking can obtain an advantage without receiving an outright grant. The advantage may be hidden in a contract for the supply of an essential input at reduced prices. This is the issue tackled by the General Court in its judgment of 13 March 2018 in case T-542/11 RENV, Aluminium of Greece v Commission concerning action for annulment of Commission decision 2012/339.[1]

In 1960, Aluminium of Greece [AoG] entered into a contract with the state-owned Public Power Corporation [PPC] for the supply of electricity at a reduced tariff. The contract was to expire in March 2006 unless the two parties agreed to renew it. In February 2004, PPC notified AoG of its intention not to renew the contract. As a result, AoG initiated legal proceedings against AoG. In 2007, a local court suspended the termination of the contract until a decision on the substance could be reached.

AoG appealed in January 2012 and the General Court ruled in October 2014 that the Commission erred in law. This judgment was reviewed here on 18 November 2014

Consequently, the General Court had to re-examine the case and correct the mistake identified by the Court of Justice.

AoG submitted ten different pleas. Only those that relate to the concept of aid and State aid procedures are analysed in this article.

Competence of the Commission

The General Court examined first the claim that the Commission did not have competence to determine whether the extension of the contract or, to be more precise, the suspension of the termination of the contract between AoG and PPC contained new aid. The local court adjudicated on a contract dispute under national law.

The General Court recalled that the application of the system of State aid control, as indicated by Article 108 TFEU, is a matter for the Commission and national courts. The Commission determines the compatibility of aid while national courts determine the existence of aid and whether it has been notified to the Commission. This is because Article 108(3) has direct effect and its purpose is to protect the rights of competitors. [paragraphs 51-54 of the judgment]

The Commission must examine any new aid and any substantial modification of existing aid. The latter means that any amendments to existing aid must be notified to the Commission. Accordingly, the Commission was entitled to interpret the contract between AoG and PPC and the applicable national legal framework in order to decide whether there was new aid. On the basis of this reasoning, the General Court rejected the plea concerning lack of competence on the part of the Commission.

Another plea of AoG was that the Commission failed to apply Article 107(1) TFEU correctly and, in particular, to establish the existence of an advantage.

The Court first noted that a preferential tariff for the supply of electricity could constitute State aid. Then, it observed that AoG enjoyed a tariff that was lower than the normal tariff applicable to the large industrial clients of PPC. The normal tariff was regulated at national level and was binding on PPC. AoG was the only large industrial consumer to whom the preferential tariff was applicable. As a result, the Court concluded that AoG’s costs were lower than otherwise.

Then the Court acknowledged that an advantage does not constitute State aid within the meaning of Article 107(1) TFEU if it is objectively justified by economic considerations. But it is not for the Commission to decide on the existence of such considerations. They have to be raised by the Member State that confers the advantage. The Commission carries out its assessment on the basis of information provided by the Member State. [paragraphs 124-126]

Since PPC argued convincingly that it was not compensated in any other way for the cheaper electricity it supplied to AoG, the preferential tariff could not be justified by any economic reasons.

Then AoG claimed that the Commission made an error by classifying the preferential tariff as a selective measure because the Commission did not demonstrate that that measure differentiated between undertakings which, in the light of the objective of the measure were in the same factual and legal situation.

The General Court pointed out that PPC under the principle of equal treatment, had to apply a differentiated tariff in relation to other industrial consumers on the basis of their consumption. In this connection, AoG contended that the preferential tariff was also applicable to another undertakings.

The Court first noted that a preferential tariff is not selective when it is justified by the nature of the electricity pricing system for energy-intensive users. However, this was not the case because the lower tariff was applied only in the context of the AoG-PPC agreement. [paragraphs 145-147]

AoG also contested the impact of the preferential tariff on intra-EU trade. Although it did not deny that aluminium was extensively traded, it considered that the Commission failed to demonstrate that the lower tariff enabled it to strengthen its market position since prices were determined by global competition.

The General Court first recalled that the effect on trade between Member States and distortion of competition are, as a rule, inextricably linked. [paragraph 155] Where State aid strengthens the position of an undertaking compared to other undertakings competing with it in the EU, it must be considered that that trade is affected by the aid. [paragraph 156]

In assessing those two conditions, the Court stated, the Commission is required to ask only whether the aid is capable of affecting trade between Member States and of distorting competition and not of proving that such aid has a real effect on trade between Member States and that it indeed distorts competition. It is not necessary that the Commission delineates the relevant market and analyses its structure and its competitive relationships. [paragraphs 157-158]

Since aluminium was extensively traded and the preferential tariff reduced the operating costs of AoG, the Commission correctly concluded that competition was distorted. [paragraph 162]

Then the Court made the interesting observation that AoG was confused about the difference between revenue and profit. Even if prices were fixed by international competition, AoG could still increase its profits on account of the lower operating costs from the cheaper electricity. [paragraphs 163-164]

AoG also raised several other pleas on procedural issues all of which were rejected. AoG also contested the methodology used by the Commission to calculate the amount of aid that had to be recovered.

AoG argued that the Commission wrongly calculated the advantage on the basis of the normal price for other large industrial consumers instead of taking into account the price that would have prevailed had PPC not enjoyed a monopoly position. Furthermore, AoG claimed that PPC abused its dominant position by charging higher prices. The Court did not accept those arguments.

First, it considered that the allegation of infringement of Article 102 TFEU to be irrelevant. [paragraph 233]. Second, it found that Commission rightly decided that the amount of the aid to be recovered was the difference between the normal tariff and the preferential tariff. [paragraph 235]

AoG should have known that those arguments would not be successful. It should have pursued a different line of reasoning. It could have claimed more plausibly that it would have consumed less electricity if it had to pay a higher rate. Therefore, the advantage it derived was less than the difference in tariffs multiplied by the amount of electricity it consumed.

It must be said, however, that the case law does not, as a rule, consider counterfactuals in such situations [for an exception see the infamous Italian decoders case]. But unlike a straight grant of State aid whose counterfactual is zero aid, in this case AoG could have argued that in the absence of the contract with the PPC it would have bought less of more expensive electricity. Therefore, the amount of aid it received was the amount it would have paid minus the amount it actually paid. The counterfactual to the aid in this case is determined both by the normal price and the likely quantity at the normal price. For example, assume that the normal rate is 10, the reduced rate is 6 and that AoG consumed 100 units of electricity. It appears that the amount of aid is 400 [= (10 x 100) – (6 x 100)]. But if at the higher rate, it would have consumed only 70 units of electricity and therefore it would have spent 700, the amount of the advantage would be only 100 [= (10 x 70) – (6 x 100)]. Admittedly, this is a line of reasoning that has not been endorsed by EU courts. But I am not sure whether it has been tested before EU courts. I would appreciate receiving your views on this issue.