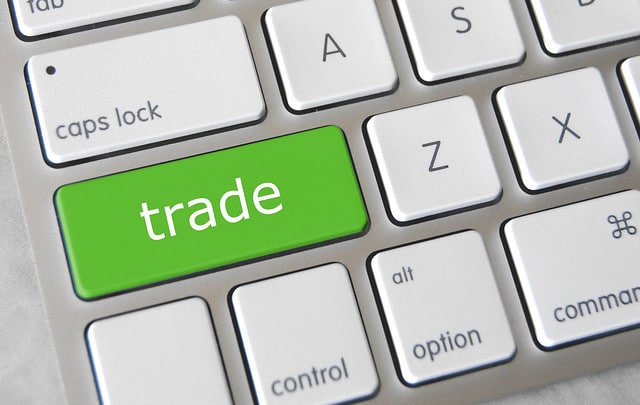 An exclusive contract can affect cross-border trade if the awarding authority has the option to use a competitive selection procedure. Aid to the operator of a legal monopoly may affect trade if the operator can cross-subsidise activities outside the area of the monopoly.

A perennial question is whether aid to providers of local services can affect cross-border trade. Given the many ways that trade can be affected, the standard answer must be in the affirmative, unless the opposite can be proven. There are very few markets which are legal monopolies and are closed to competition; the management of rail networks and water distribution networks are the prime examples.

But even the existence of a legal monopoly is not enough to exclude the possibility that trade may be indirectly affected. At least two recent cases [HH Ferries and Stena Lines which concerned, among others, the construction of rail links between Denmark and Sweden and Denmark and Germany, respectively] have highlighted that it is also necessary that aid recipients do not have operations outside the area of their legal monopoly. In fact, the Court of Justice has warned almost ten years ago in the infamous Fallimento Traghetti del Mediterraneo case that a closed market does not necessarily mean absence of effect on trade.

On 29 July 2019, the Court of Justice revisited the issue of the indirect impact on trade in its judgment in case 659/17, INPS v ANM.[1] This judgment arose from a request for a preliminary ruling.

In decision 2000/128, the Commission had found that Italian State aid in the form of reduced social insurance contributions for the purpose of job creation had been granted illegally. However, it also found that the aid was partly compatible with the internal market and partly incompatible. For the compatible part, the authorisation of the Commission was conditional. The employed persons should have been previously unemployed, or not employed.

After the Commission adopted decision 2000/128, INPS requested payment from ANM for two amounts: EUR 7.43 million and EUR 2.27 million for social insurance contributions that fell due. ANM contested the payment request from INPS on the grounds that the Commission decision did not apply to it because it did not name it explicitly and because, at any rate, it was not engaged in cross-border trade.

The referring Italian court asked the Court of Justice whether the Commission decision also applied to an undertaking which on the basis of an exclusive award by a municipality provided local public transport services and also benefited from reduced social insurance contributions.

Perhaps at this stage it is useful to recall that the Italian measure at the heart of this case was subject to legal proceedings about 17 years ago. The Court of Justice in its judgment of March 2002, in case C-310/99, Italy v Commission, upheld Commission decision 2000/128. There were also many other legal actions challenging the recovery of State aid in joined cases C‑71/09 P, C‑73/09 P and C‑76/09 P. In those cases aid recipients appealed against judgments of the General Court which had upheld a related Commission decision 2000/394 concerning reduction of social insurance for firms in the region of Venice. It is rather amazing that incompatible State aid has not yet been fully recovered.

Then the Court inferred that the Commission had not restricted the scope of its decision to “(24) sectors directly involved in trade in goods or services within the internal market, to the exclusion of local services sectors, such as that of local public transport.”

The Court also observed that Article 107(1) TFEU applied “(26) only in so far as the undertakings benefiting from the reductions in social security contributions are exposed, even in part, to competition in a liberalised market.”

Must an undertaking be individually named in a Commission decision?

Then the Court reiterated the fundamental principle that “(27) in the case of an aid scheme  […], the Commission may confine itself to an examination of the characteristics of the scheme at issue in order to assess, […], whether, by reason of the arrangements provided for under the scheme, the latter confers an advantage on beneficiaries in relation to their competitors and is likely to benefit undertakings engaged in trade between Member States. Thus, in a decision which concerns such a scheme, the Commission is not required to carry out an analysis of the aid granted in individual cases under the scheme. It is only at the stage of recovery of the aid that it is necessary to look at the individual situation of each undertaking concerned”.

The consequence of not identifying the individual aid recipient is that “(28) before proceeding to the recovery of an advantage, the national authorities of a Member State are required to verify, in each individual case, whether the advantage granted was, in the hands of its beneficiary, capable of distorting competition and affecting trade between the Member States”.

The Court recalled that “(29) it is important to bear in mind that, for the purpose of categorising a national measure as ‘State aid’, it is necessary, not to establish that the aid has a real effect on trade between Member States and that competition is actually being distorted, but merely to examine whether that aid is liable to affect such trade and to distort competition”.

“(31) Consequently, the condition that the aid must be capable of affecting trade between Member States does not depend on the local or regional character of the transport services supplied”.

Then the Court turned its attention to the concomitant requirement that aid must distort or threaten to distort competition and stressed that “(32) aid intended to release an undertaking from costs which it would normally have to bear in its day-to-day management or normal activities distorts the conditions of competition”.

In the case at hand, “(33) reduced social security contributions from which ANM benefited […] costs which it would normally have had to bear in its day-to-day management or normal activities.”

At this point, the Court of Justice considered ANM’s argument that at the time the aid was granted it operated in a closed sector.

However, the Italian government maintained before the Court that in fact in that period the Italian local public transport market was open to competition and that there was no prohibition on operators from other Member States offering their services in Italy.

The Court of Justice, confronted with contradictory statements, noted that as of 1995 several Member States started to open certain transport markets to competition from undertakings established in other Member States.

It also noted that local public transport services in Naples had been “(37) allocated exclusively and directly to ANM without any prior procedure for the award of a public contract having been organised.” “(38) However, there is no evidence in that file that the municipality of Naples was required, by legislative or regulatory measures, to award those services exclusively to that undertaking, with the result that it appears that it would also have been free to award those services to another service provider, including through the organisation of a public procurement procedure in which operators from other Member States could have participated, as the Italian Government submitted before the Court.”

The Court warned that “(39) in the absence of such a legislative or regulatory obligation, it is clear that competition for the services at issue in the main proceedings was possible. As a result it cannot be ruled out either that the reduction in the social security contributions from which ANM benefited conferred on that undertaking an advantage in relation to potential competitors, even those from other Member States, or that, accordingly, competition in that market was distorted and trade between Member States was affected by those reductions.”

“(41) Furthermore, […], it is also for the referring court to carry out, as appropriate, the checks necessary to determine whether ANM engaged in activities, during the period from 1997 to 2001, on other product or service markets or even on other geographical markets open to effective competition.”

In other words, it it not sufficient that a sector is a legal monopoly to exclude the possibility that trade is affected. It is also necessary that the operator in that sector has no other activities outside the closed sector that may be cross-subsidised by the aid that is granted to support its operations in the closed sector. Indeed “(42) if it were established that ANM engaged in activities on other markets during that period, it could not be ruled out that the social security payment reductions from which that company benefited under the Italian legislation at issue in the main proceedings distorted competition and affected trade between Member States on those other markets, unless those activities did not benefit from those reductions and any risk of cross-subsidisation had been excluded through demonstration that the undertaking kept separate accounts, thus ensuring that those reductions had been unable to benefit those activities”.

On the basis of the above analysis, the Court of Justice concluded that Commission decision 2000/128 did apply to ANM, even though it did not explicitly refer to it, provided that trade was affected indirectly despite the fact that ANM operated under an exclusive contract.

I think the essence of this case is not that trade can be affected in many direct and indirect ways, but rather that public authorities cannot create ad hoc legal monopolies by awarding exclusive contracts. In the absence of EU law that liberalises a sector, if a Member State wants to create a legal monopoly that is not subject to the prohibition of State aid, it has to establish an appropriate regulatory system which at minimum must set up an operator with special obligations and with sufficient accounting safeguards to prevent subsidies from spilling over into other sectors. This is a tall order and apparently no Member State has tried to withdraw a whole sector from intra-EU trade.