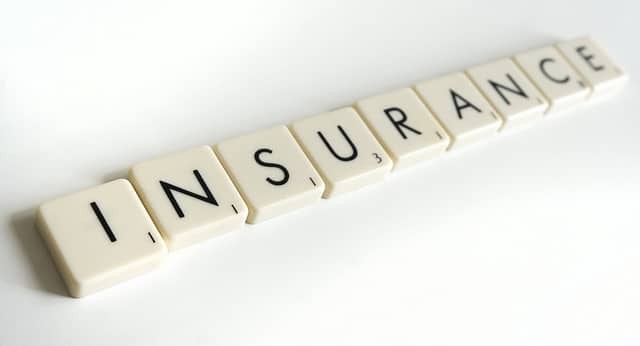 Membership of a compulsory insurance scheme can still confer an advantage to participating undertakings. Private contributions can still become state resources if they are paid into a fund that is managed by the state. Member States always have the option to ask for a measure to be assessed directly on the basis of the Treaty but they have to justify such a request.

The main elements of the judgment of the General Court

The General Court concurred with the Commission that ELGA was not an undertaking on the grounds that it carried out public policy despite the fact that it offered insurance cover. The insurance that was provided to farmers was compulsory while both the amount of compensation and the premium paid by farmers were determined by the state, rather than calculated according to risk, as a market operator would have done.

Nevertheless, farmers did derive an advantage even though they paid a premium because the premium did not correspond to the insured risk or the amounts of compensation. The fact that an insurance system is based on the principle of solidarity does not mean that there is an advantage provided to those who are insured.

The judgment of the Court of Justice

Greece raised several pleas. It first argued that the farmers’ contributions to the insurance fund of ELGA were private and disputed their classification as state resources. The Court of Justice, in paragraph 33 of the judgment, referred to the relevant part of the General Court’s ruling which found that the contribution was collected by the tax authorities, entered in the state budget as state revenue and then paid to ELGA from the budget of the Ministry of Agriculture. It agreed with the General Court that since the contributions were considered as state revenue it was sufficient to regard the payments made by ELGA as being financed by state resources.

It also agreed with the General Court that neither did the compensatory nature of the measures, nor the fact that they were justified by social policy objectives, preclude ELGA payments from being classified as an advantage. This finding was reinforced by the fact that Greece conceded that the contributions paid by farmers were not proportionate to risk and that it was possible that certain farmers paid a contribution without receiving compensatory payments from ELGA. The payments were independent of the contributions paid by the farmers and constituted an advantage that the beneficiary undertakings could not have obtained under normal market conditions.

The Court of Justice also agreed with the finding of the General Court that the fact that the payments made by ELGA were intended to compensate for damage caused to agricultural production from adverse weather conditions did not preclude the existence of an advantage. This is because competition is distorted where a measure mitigates the burdens borne by beneficiary undertakings and thereby strengthens their position in relation to competing undertakings.

Greece also argued that both the Commission and the General Court failed to account correctly of the economic context in which the insurance and compensation to farmers were provided. According to Greece, the country was in a dire economic situation at the time. The Court of Justice did not examine this plea because it considered it to be inadmissible as it had not been raised before the General Court.

But in response to the complaint that the General Court [and the Commission] ignored the (alleged) minor impact of the Greek measure on competition and on trade, the Court of Justice fully agreed with the General Court that “(59) […] the economic crisis in the European Union from 2008 does not constitute a circumstance that is capable of calling in question the fact that the agricultural sector is exposed to strong competition within the European Union’ and that ‘the Commission has moreover adopted specific rules aimed at authorising certain State aid during the economic crisis, in particular, the [Temporary Framework], which precluded aid granted in the primary agricultural sector being declared compatible with the internal market”.

The Greece then contented that the Commission misused its discretion and misinterpreted and misapplied Article 107(3)(b) TFEU. However, the Court of Justice took the view that the General Court concluded that the Commission had to base its decision on the Temporary Framework and could not directly apply Article 107(3)(b) TFEU in order to assess the compatibility of the payments made by ELGA on account of the economic crisis experienced in Greece. The Court reiterated that “in adopting rules of conduct and announcing by publishing them that they will henceforth apply to the cases to which they relate, the Commission imposes a limit on the exercise of its aforementioned discretion and cannot depart from those rules without being found, where appropriate, to be in breach of general principles of law, such as equal treatment or the protection of legitimate expectations”. “Accordingly, in the specific area of State aid, the Commission is bound by the guidelines and notices that it issues, to the extent that they do not depart from the rules in the Treaty”.

Then the Court of Justice explained that “(73) […] the adoption of such guidelines does not relieve the Commission of its obligation to examine the specific exceptional circumstances relied on by a Member State, in a particular case, for the purpose of requesting the direct application of Article 107(3)(b) TFEU, and to provide reasons for its refusal to grant such a request, should the case arise. In the present case, it is not in dispute that, precisely because of the effect of the economic crisis experienced by the Member States, and in particular, the Hellenic Republic, on the primary agricultural sector of the European Union, the Commission exercised the discretion conferred on it by Article 107(3)(b) TFEU by adopting the Temporary Framework.”

“(74) However, the fact remains that although the Hellenic Republic claimed before the General Court that Article 107(3)(b) TFEU ought to be applied directly to the facts of the case, notwithstanding the existence of the rules of conduct set out in the Temporary Framework, it did not argue, in support of that claim, that there were, in the present case, specific exceptional circumstances in the primary agricultural sector concerned”. Greece did not “(75) […] prove to the requisite legal standard that that economy was faced with specific exceptional circumstances that ought, in this case, to have led the Commission to assess the aid at issue directly in the light of Article 107(3)(b) TFEU.”

Two substantive and one procedural lessons can be drawn from this case. First, membership of a compulsory insurance scheme can still confer an advantage to the participating undertakings. Second, private contributions can still become state resources if they are paid into a fund that is managed by the state. Third, Member States always have the option to ask for a measure to be assessed directly on the basis of the Treaty but they have to justify such a request.