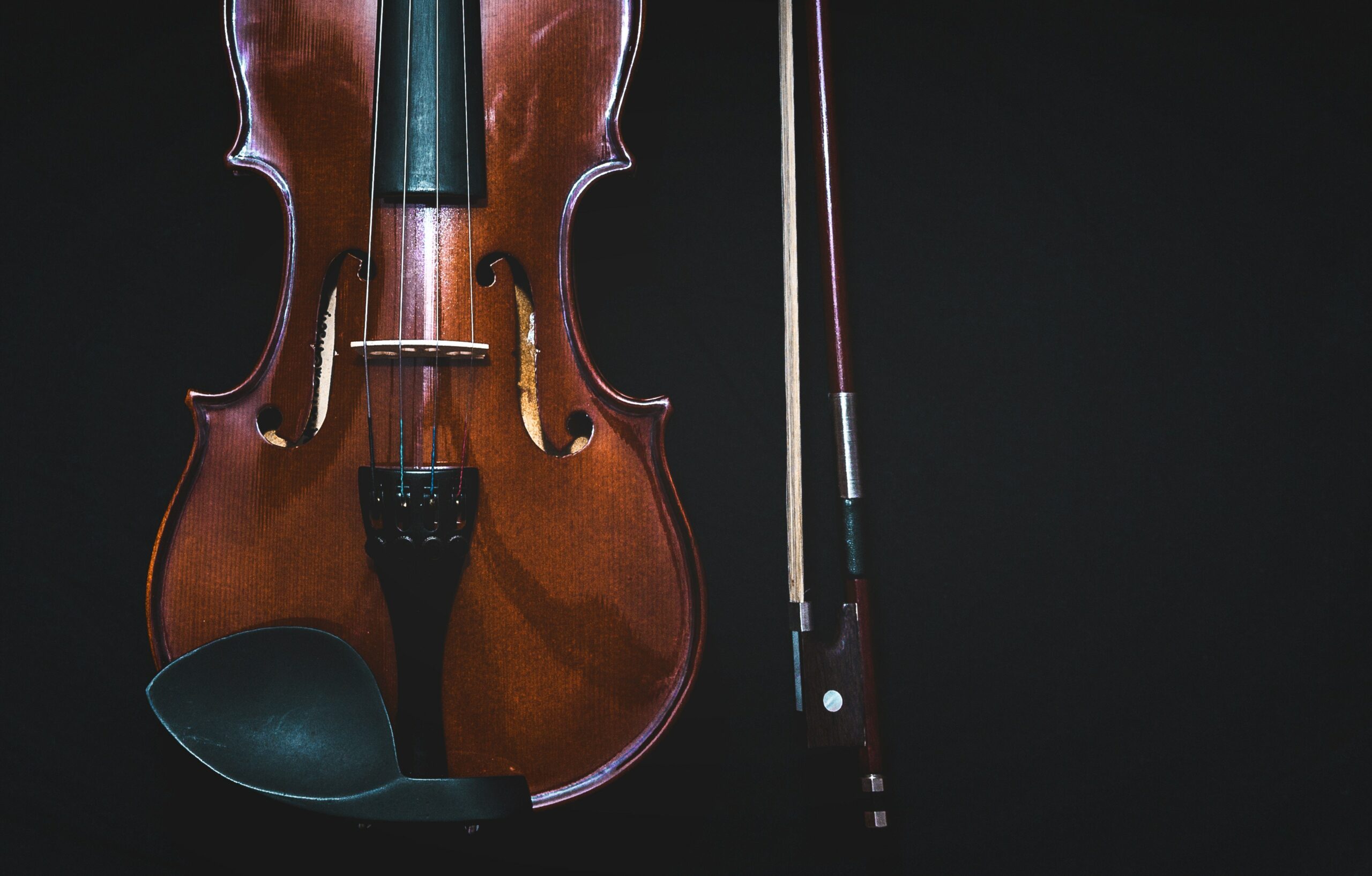 The price should not cover more than 50% of the costs.

An entity that does not make profit can still be an undertaking. However, an entity that charges a fee for its services is not necessarily an undertaking. The EU Court of Justice has never defined how low such a fee must be in order for that entity to avoid becoming an undertaking. But now we have an answer from the Commission in its decision in case SA.43700. In that case the Commission examined whether public funding of Fundació Privada Conservatori del Liceu in Spain constituted State aid.1

Although the amount of money is small and the circumstances of the case itself are rather specific, the reasoning of the Commission is very important. The Commission tackles explicitly and clearly the problem of how much revenue non-economic entities may raise through fees without being classified as undertakings. The significance of the decision lies in the fact that the Commission lays down an explicit threshold.

Following the receipt of a complaint, the Commission found out that the authorities in Catalonia had granted aid amounting to EUR 6 million to Fundació Privada Conservatori del Liceu, a music school or conservatory that offered a bachelor degree in music. Its educational programme was regulated by the relevant ministry in Catalonia. The aid covered operating costs such as staff salaries. The conservatory also charged fees to its students.

The question for the Commission was whether the conservatory was “predominantly financed” by the state or by private sources.

The Commission examined at length whether the conservatory was an undertaking. It began its analysis by recalling the definition of economic activity in the context of education.

“(29) The Court of Justice has stated that an undertaking within the meaning of Article 107(1) TFEU is any entity engaged in an economic activity, regardless of its status and the way in which it is financed. In addition, with reference to the field of public education, the Court of Justice has made clear that the State: ‘by establishing and maintaining such a system of public education and financed entirely or mainly by public funds and not by pupils or their parents […] does not intend to become involved in activities for remuneration, but carries out its task towards its population in the social, cultural and educational areas’”.

“(31) In this regard, when assessing whether the beneficiary of a given measure is an undertaking in the sense of Article 107(1) TFEU in the area public education, a crucial criterion for qualifying an activity as non-economic is whether it is predominantly financed by public funds, or whether it is predominantly financed by user fees or other commercial means.”

“(32) In the case at hand, the relevant activity of the alleged beneficiary is the provision of a Bachelor degree (or equivalent) focused on musical education. In paragraphs 28-32 of the Notice on the Notion of Aid, the Commission clarified under which circumstances it considers activities in the education sector to be economic or non-economic in nature, so that the entities performing these activities are either undertakings or not within the meaning of Article 107(1) TFEU.”

“(33) To this end, it is important to point out that the alleged beneficiary is a registered non-university teaching centre which provides a Bachelor degree recognised by the State equivalent to a university degree. It is thus linked directly to the national education system and would thus fall within the system of public education.”

Therefore, the Commission considered important that the conservatory was registered at and recognised by the relevant public authorities. However, private universities that charge pretty hefty fees and derive most, if not all, of their income from student fees are also registered and offer recognised degrees. Hence, registration and recognition are not decisive in the classification of an entity in the field of education as a non-undertaking.

The Commission went on to emphasise that “(34) as explained in paragraph 29 of the Notice on the Notion of Aid, based on the relevant case law by the Court of Justice the Commission considers public education activities to be of non-economic nature even if ‘pupils or their parents have to pay tuition or enrolment fees which contribute to the operating expenses of the system’.”

“(35) In contrast, as explained in paragraph 30 of the Notice on the Notion of Aid, the Commission considers public education to be economic in nature where it is ‘financed predominantly by parents or pupils or commercial revenues’ (for example schools predominantly financed by tuition fees).”

Then the Commission defined a very useful and precise threshold for “predominant” and “majority of the true costs”, but provided no further explanation of the meaning of “true costs”. I suppose “trues costs” are the complete and actual costs of the educational activities in question.

“(38) The Commission’s analysis of the revenues and costs of the alleged beneficiary reveals that the student fees finance on average 35% of the total annual costs incurred by the alleged beneficiary and that in no single year of the period in question (2008-2012) the student fees accounted for more than 50% of the total annual costs. However, from the information submitted by the Spanish authorities it appears that, at the same time, the costs were not financed by more than 50% by the State [i.e. there was a third source of revenue]. As such, the Commission has doubts as to whether the Bachelor degree at the Liceo Conservatorium at stake was financed entirely or mainly by public funds and, as such, whether it would constitute a non-economic activity.”

The explanation in paragraph 38 is both welcome and disappointing. It is welcome because it says that schools predominantly financed by students are those whose fees cover more than 50% of the costs.

It is disappointing because the Commission did not investigate further the third source of revenue of the conservatory. Just because a school is not financed predominantly by the state, it does not necessarily follow that it is financed by “other commercial means” which are mentioned in paragraph 36 of the decision. Perhaps the conservatory was partly funded by donations by parents, alumni or even companies. Would reliance on sponsorship turn the conservatory into an undertaking? I doubt it. Normally, the words “commercial means” imply a commercial transaction where a party offers something on payment to another party [e.g. renting out a concert hall, offering a studio for recordings, providing advice on musical education, etc]. Unfortunately, the Commission decision does not mention anything else regarding the third source of revenue of the conservatory.

Because the Commission could not rule out that the activities of the conservatory were not economic in nature, it proceeded to consider whether the public funding conferred a selective  advantage.

The Spanish authorities argued that at the time of the complaint, the complainant was not a competitor of the conservatory because it was not licensed to provide musical education. Nonetheless, the Commission concluded that “(43) the Commission cannot exclude that the measure targeted by the complaint does not confer an advantage to the Liceo Conservatorium. This is because, according to established case law, only the effect of the measure on the undertaking is relevant, and not the cause or the objective of the State intervention. Whenever the financial situation of an undertaking is improved as a result of State intervention on terms differing from normal market conditions, an advantage is present. By receiving the grant at stake, the Liceo Conservatorium, could offer the courses that it would otherwise not have offered without additional financing and attract students. Hence, the measure led to an improvement of the financial situation of the Liceo.”

The Commission also concluded that the aid was selective “(46) even if the Spanish authorities claim that it forms part of a public policy aimed at improving the offering of a chosen cultural education activity which forms part of the public education system.”

“(47) In fact, for the sake of the measure at hand, the Commission cannot exclude that the measure would fall into the category of measures which grant an advantage in a selective way to certain undertakings or categories of undertakings or to certain economic sectors. To this end, the Commission remarks that the measure was targeted to Liceo Conservatorium uniquely, whereas it was not available to other educational establishments, to the extent they are undertakings. Thus, it cannot be considered a general measure.”

There was no doubt that since the aid came out of the budget of the Catalonian authorities it was funded by state resources and was attributed to the state.

It was also relatively easy for the Commission to find that trade was affected and competition was distorted. “(55) Opposite to what the Spanish authorities claim, the complainant believes that the measure affects intra-EU trade since both organizations are subject to competition within the EU as regards the mobility of teachers and students when it comes to choosing the institution for carrying out music studies.” “(56) For the sake of the case at hand, the Commission reminds that the relatively small amount of aid or the relatively small size of the undertaking which receives it does not as such exclude the possibility that trade between Member States might be affected. In fact, a public subsidy granted to an undertaking which provides only local or regional services and does not provide any services outside its State of origin may nonetheless have an effect on trade between Member States where undertakings from other Member States could provide such services (also through the right of establishment) and that possibility is not merely hypothetical.”

Since the Commission could not exclude the possibility that the public funding constituted State aid it had to assess the compatibility of the aid with the internal market.

Rather unusually, it considered that the aid could be exempted on the basis of the GBER [Regulation 651/2014] under the provisions on culture and heritage conservation.

“(63) The funding granted to Liceo Conservatorium does not exceed the notification threshold laid down in Article 4, paragraph 1(z) of the GBER, since it amounted to EUR 1.5 million per year.”

“(64) As regards transparency, the GBER explains in Article 5(2)(a) that aid comprised in grants and interest rate subsidies is considered to be transparent. This is clearly the case of the measure under assessment.”

“(65) With regards to incentive effect, Article 6(5)(h) states that aid for culture and heritage conservation is not required to or is deemed to have an incentive effect.”

“(66) The funding granted to the Liceo Conservatorium, furthermore, complies with Article 7 of the GBER, as it was granted in the form of a grant.”

“(67) Concerning cumulation of aid (Article 8), … the measure at stake was the only grant that the alleged beneficiary received from public funding and that it, therefore, was not cumulated with any other State aid.”

“(68) Lastly, since the public funding at stake was granted to the Liceo Conservatorium on 17 December 2008, Article 9 of the GBER, which lays down that it needs to be complied with at the latest two years after its entry into force (i.e. as of 1 July 2016), is not applicable.”

“(71) In addition, the Commission, …, considers that the conditions laid down in the Article 53(7) are fulfilled since:

(i) The aid does not exceed what was necessary to cover the losses; this was demonstrated by the fact that the Bachelor of Music was actually still operating at a loss during the grant by the Generalitat of Catalunya.

(ii) The Collaboration Agreement foresaw a clawback mechanism which foresaw that any unused amount of the awarded grant should be returned to the authorities.”

“(72) Lastly, the Commission notes that the GBER is, according to its Article 58(1), applicable to measures granted before it has entered into force, which is the case here since the measure was granted on 17 December 2008.”

In conclusion, the Commission found the aid to be compatible with the internal market and to have been granted in compliance with the GBER.