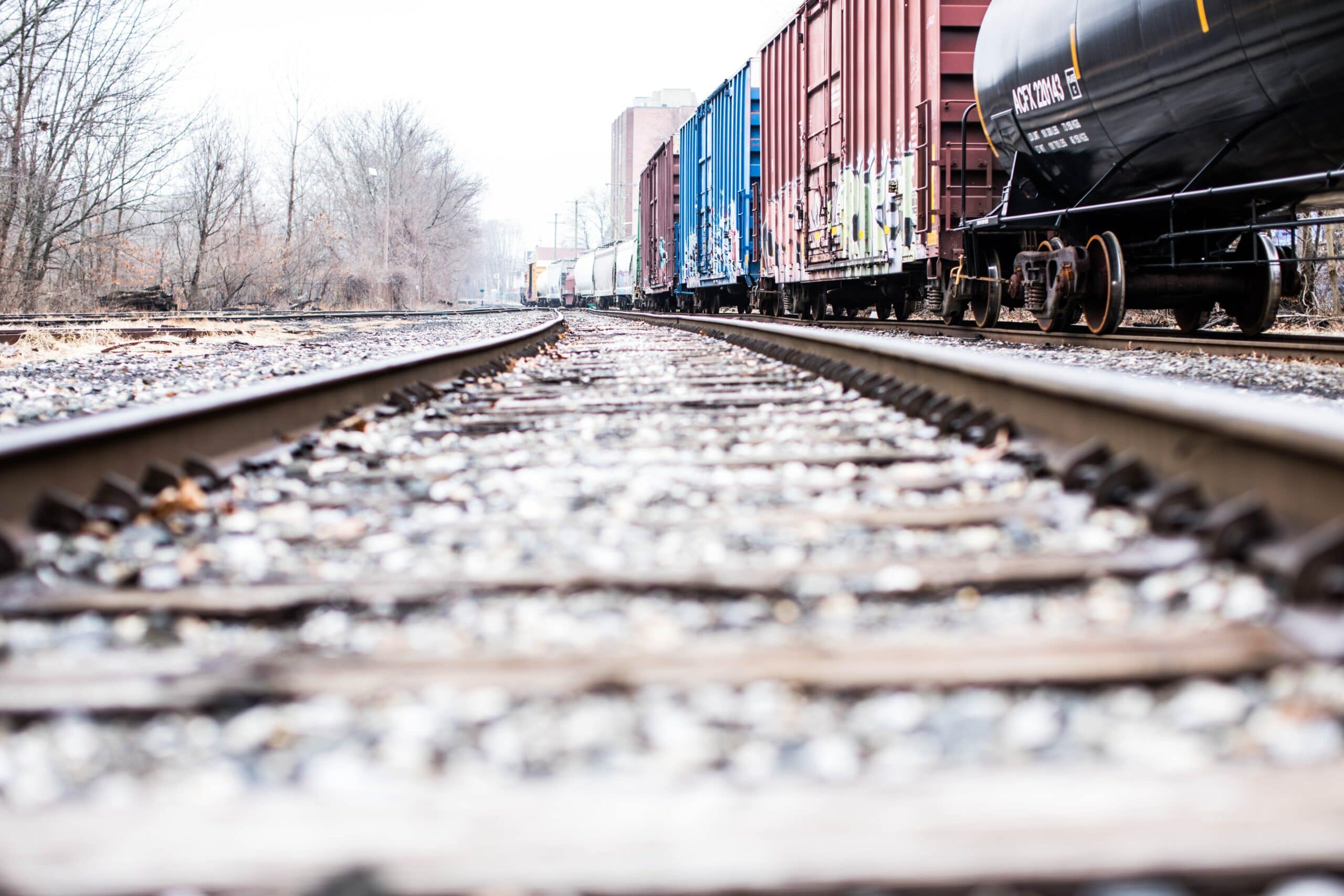 A shareholder loan cannot be simply compared to a bank loan because the shareholder also benefits from improvements in the future profitability of the borrower.

When a public authority grants a loan to a company, the methodology in the 2008 Commission communication on reference and discount rates can be used to determine whether the loan contains State aid.

The Commission had to deal with this issue in decision 2019/1712 on a public loan granted by Slovakia to Železničná Spoločnosť Cargo Slovakia [ZSSK Cargo].[1]

The borrower, ZSSK Cargo, was 100% owned by the Slovak government. It was split out of the Slovak rail operator in 2005 and became responsible only for freight transport.

The loan in question amounted to EUR 166 million and was granted in March 2009. The loan had a duration of 10 years with a grace period of two years before the first instalment was due. The rate of interest was the 6-month EURIBOR plus 3.2%.

The problem in this case was that when the loan was granted, ZSSK Cargo suffered operating losses of EUR 127 million in 2009 and EUR 123 million in 2010. It returned to profitability only in 2013. Therefore, the Commission had assessed retrospectively whether the loan had been granted at a market rate.

The Commission decision noted the following:

“(19) On the day of granting the loan, on 31 March 2009, around 32 companies with similar creditworthiness (BB-rating) as ZSSK Cargo entered into credit default swaps (CDS) contracts with a 10 year maturity period on financial markets. The majority of these contracts had spread rates between 305 and 916 b.p.”

The Commission opened the formal investigation procedure because it had doubts as to whether the loan had been granted on market terms, in view of the financial troubles of ZSSK Cargo and the fact that the base rate was the 6-month EURIBOR rate rather than the 1-year IBOR rate as in the Commission’s 2008 communication on the reference and discount rates. As will be seen below, it concluded that no advantage had been conferred to ZSSK Cargo.

The Commission assessed the loan using the Market Economy Investor Principle or simply the private or market investor test. Accordingly, “(36) the Member State must establish unequivocally it acted as an investor seeking a return and support with objective and verifiable elements that contention. Those elements must be contemporary to the decision to grant the measure and show that the decision was grounded on economic evaluations similar to those which a market investor would have carried out with a view to determining the profitability of the investment.”

“(37) The conduct of a market investor with which the intervention of the public investor must be compared need not be the conduct of an ordinary investor laying out capital with a view to realizing a profit in the relatively short term. However, the conduct must at least be that of a private holding company or a private group of undertakings pursuing a structural policy — whether general or sectorial — and guided by prospects of profitability in the longer term.”

In order to apply the MEIP, the Commission had to consider the financial situation of ZSSK Cargo at the moment it received the loan, its expected performance at that moment and the likely evolution of its business environment.

What makes this case particularly interesting is the fact that the Slovak government was the only shareholder of ZSSK Cargo. In this connection, the decision recalled that the relevant benchmark for determining whether the loan was on market terms was “(40) not a commercial bank with little or no past credit relationship granting a commercial loan but a market investor being the sole shareholder of ZSSK Cargo and granting the loan with a view to allowing its controlled company to meet operating costs after a sharp and unexpected decline in its activity and revenues.”

The Commission pointed out that of the three commercial banks which had offered to ZSSK Cargo a loan of the same amount [i.e. EUR 166 million] and repayment period of 10 years, two of them quoted interest rates of 6-month EURIBOR plus 2.95% and plus 2.85%-3%, respectively, which were lower than the rate of plus 3.2% on the state loan.

A question to which no answer was provided in the decision is why ZSSK Cargo preferred the more expensive loan from the government instead of accepting the cheaper loans from either of the two banks? Nor, is there any indication in the decision on whether the bank offers were credible.

With respect to the base rate that was used in this case, the Commission clarified that the “(44) the indicative offers also show that the use of a 6-month EURIBOR rate was a standard practice by the private banks and thus in line with market conditions. All these banks knew ZSSK Cargo based on loans provided in the previous years and [commercial bank 1] even explicitly described ZSSK Cargo in its offer as a reliable and trustworthy partner. In addition to these offers, ZSSK Cargo had a credit history with these three as well as other commercial banks, contrary to the preliminary position set out in the decision to initiate the procedure.”

With respect to the risk margin, “(45) the benchmarking of the 320 b.p. interest margin charged on the loan against the CDS rates at the time the loan was granted, as described in recital 19, also shows that the interest margin can be considered as falling among actual market rates for companies with the same rating as ZSSK Cargo in March 2009. In other words the CDS-benchmarking does not corroborate the doubts raised in the decision to initiate the procedure. The ensuing conclusion is that the interest rate effectively charged is not shown to have provided ZSSK Cargo with an undue advantage over market conditions.”

This is a surprising conclusion. Paragraph 19 indicated that the “majority” of CDS contracts had spread rates between “305 and 916 b.p.”. It did not provide any other information on how large that majority was, the full range of spread rates and, above all, the average or median rates. In addition, the Slovak rate was 3.2% which is only slightly above the bottom rate of 3.05% and far below the top rate of 9.16%. It is difficult to understand the reasoning of the Commission on this point.

But in the next paragraph the Commission noted that “(46) such market operators, contrary to the State, were not capable of recovering as shareholders any revenue hypothetically foregone from the loans at the conditions offered, purportedly low on first examination.”

Therefore, the Commission in a way admitted that the rate was “low” but also argued that banks could not benefit from future profits, as a shareholder would. Although, on its own, this observation was correct, it was incomplete because it did not take into account the fact that at that time ZSSK Cargo was making losses instead of profits and that a shareholder by, definition, bears losses as well as profits. Those losses should have been taken into account, but it is not obvious whether and how they were taken into account.

In paragraphs 47-48, the Commission examined whether ZSSK Cargo was a company in difficulty and concluded that it was not.

Then it considered the credit rating of ZSSK Cargo. “(49) The available evidence suggests that ZSSK Cargo would have been rated BB, thus having access to finance at lower cost than undertakings in difficulty. Furthermore, the non-negligible difference of 80 b.p. between the 320 b.p. interest margin of the public loan under scrutiny and the 400 b.p. proxy of market margin determined for undertakings rated BB with low collateral under the 2008 Reference Rate Communication is far lower than the 140 b.p. difference between the actual quotes of loan interest rates from commercial banks vis-à-vis ZSSK Cargo produced in the proceedings.”

“(50) It follows that, contrary to the preliminary views set out in the decision initiating the formal procedure, the difference in interest rate of the public loan as compared with the proxy of market rate provided in the 2008 Reference Rate Communication cannot be held to indicate that the latter was not granted in line with market conditions.”

Then the Commission assessed the fact that the loan had been granted by the only shareholder of ZSSK Cargo.

In this respect, it noted that “(51) The State’s economic considerations of the expected profit from the loan are not limited to the expected interest rate payments only, as in case of commercial banks, but necessarily need to take into account the fact that the loan would improve ZSSK Cargo’s ability to reach future profits and thus increase — or maintain — the value of the State’s shareholding. Indeed, one of the explicit reasons for the financing as indicated in the 2009 Report was to enable ZSSK Cargo to overcome the economic crisis and to restructure with the aim to achieving long-term profitability, which the same report indicated ZSSK Cargo was capable of achieving.”

“(52) In effect, the provision of the loan was one among a variety of mutually supporting actions and measures aimed at ensuring a long-term solution to the financial situation of ZSSK Cargo portrayed in recital 16 and which include (i) costs-cutting measures, (ii) temporary dismissals of employees, and (iii) long-term optimization of the number of employees and further restructuring of ZSSK Cargo’s operations. A prudent market operator would have also supported the restructuring of its fully controlled company, since there were realistic prospects of its situation improving. Indeed, the February 2009 Report drawn-up and examined by the Slovak authorities before the loan was granted indicates that the State diligently verified the future prospects for development of ZSSK Cargo, including its ability to generate the cash-flows that were necessary to service and repay the loan, like a prudent market investor or lender would have also verified. As a matter of fact, based on the prospects and information available, the public shareholder chose to grant a fully reimbursable loan, albeit with a reasonable grace period, instead of other alternative financial instruments such as (non-reimbursable) equity or debt convertible into equity or other hybrid financing that could have shown anticipation of difficulties of ZSSK to reimburse.”

“(53) Like other private shareholders did during the financial and economic crisis started in 2008, the objective and verifiable evidence submitted by the Slovak Republic shows that, by granting the loan under examination, the Ministry of Transport, Posts and Telecommunications wished to act and effectively acted in its capacity of shareholder to maintain a potentially valuable shareholding through the continued operation of ZSSK Cargo in a difficult commercial environment characterised by sheer drops in volumes of freight and supported the continuation of the company allowing it to restructure, which the company eventually did.”

Nonetheless, the Commission concluded that “(54) the conditions of the public loan granted to ZSSK Cargo were in line with market conditions and such loan would have also been granted by a market economy operator. It follows that the loan at issue cannot be deemed to have (selectively) favoured ZSSK Cargo.”

Since the loan did not confer an advantage on ZSSK Cargo, it did not involve State aid.

Regardless of the specificities of this loan and the apparent omissions in the text of the Commission decision, this case is instructive for two reasons. First, an offer from a private investor or bank can serve as a benchmark of the market rate. Second, in assessing a shareholder loan, the rate of interest underestimates the gains of the lender as a shareholder from possibly increased profitability of the borrower. Therefore, a rate of interest that may appear to be lower than the relevant market rate may in fact be a rate that is acceptable to a private investor who also considers the additional benefits it derives as a shareholder.