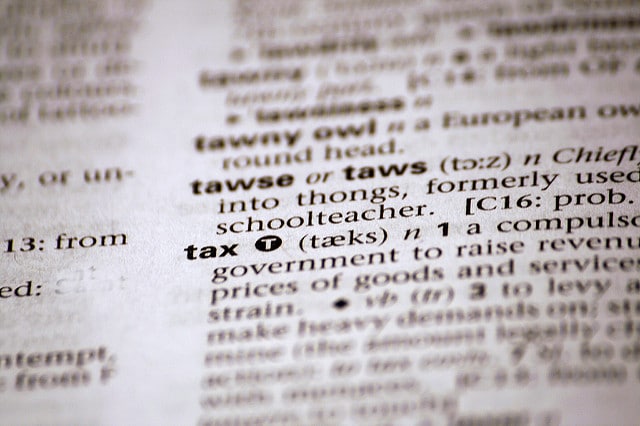 Turnover taxes should be levied at a single rate.

This is the fourth case involving turnover taxes that have been declared to be incompatible with the internal market [see Commission decision 2017/329].[1] A brief summary was published here on 13 December 2016 [http://stateaidhub.eu/blogs/stateaiduncovered/post/7697].

The reasoning of the Commission follows closely that of the other cases. However, what makes this case particularly interesting is the explanation why the whole “reference” system is selective and why the selectivity cannot be justified.

In 2014 Hungary imposed a tax on advertising activities. The tax was levied on gross turnover [i.e. before deduction of costs] derived from the publication of advertisements in public media. The taxable persons were publishers of advertisements in newspapers, magazines, internet sites, etc.

Hungary defended the progressive nature of the advertising tax on the grounds that it was linked to the ability of each company to pay for public policies. [In the same measure there was a provision for deduction from the corporate tax base of losses carried forward from previous years. This provision is not examined here.]

Interestingly, according to the Commission decision, the total revenue from the advertising tax was HUF 2,640,100,000 [about EUR 8,500,000]. Approximately 80% of that revenue was paid by just one group of companies.

There was no doubt that the tax, if found to be selective, transferred state resources in favour of smaller advertisers and had the potential to affect trade and distort competition. The crucial question was whether it was a selective measure.

With respect to the question whether the tax was selective, the Commission first explained that “(46) […] the Court of Justice has established that the selectivity of [a tax] should in principle be assessed by means of a three-step analysis. First, the common or normal tax regime applicable in the Member State is identified: ‘the reference system’. Second, it should be determined whether a given measure constitutes a derogation from that system insofar as it differentiates between economic operators who, in light of the objectives intrinsic to the system, are in a comparable factual and legal situation. If the measure in question does not constitute a derogation from the reference system, it is not selective. If it does (and therefore is prima facie selective), it must be established, in the third step of the analysis, whether the derogatory measure is justified by the nature or the general scheme of the reference tax system. If a prima facie selective measure is justified by the nature or the general scheme of the system, it will not be considered selective and it will thus fall outside the scope of Article 107(1) of the Treaty.”

Step 1: What is the system of reference?

The Commission does not really explain at this point why it excludes from the analysis the progressive rate structure, nor why including it would affect its conclusions. But as it becomes more obvious from its reasoning later on, it is the progressive structure that makes the system selective. Therefore, the reference system is just the taxation of advertising revenue.

At any rate, the Commission goes on to explain that “(49) as the Court of Justice has specified, it is not always sufficient to confine the selectivity analysis to whether a measure derogates from the reference system as defined by the Member State. It is also necessary to evaluate whether the boundaries of that system have been designed by the Member State in a consistent manner or, conversely, in a clearly arbitrary or biased way, so as to favour certain undertakings over others. Otherwise, instead of laying down general rules applying to all undertakings from which a derogation is made for certain undertakings, the Member State could achieve the same result, side stepping the State aid rules, by adjusting and combining its rules in such a way that their very application results in a different burden for different undertakings.”

This approach makes sense. For example, the exception of SMEs from a corporate tax is clearly a selective measure falling within the scope of Article 107(1) TFEU. But the same result can be achieved by a tax that is levied only on large enterprises. If the objective of such a measure is to tax corporate profit then SMEs are in the same situation as large enterprises and the non-application of the tax to SMEs favours SMEs over other companies.

In other words, the identification of the reference system contains an inherent but not visible comparison between the stated objective of the tax in question and the scope of application of that tax. The tax should not apply to any person or activity that is truly different. Conversely, it should apply to all similar persons or activities.

Indeed, “(50) the progressive tax structure […] appears deliberately designed by Hungary to favour certain undertakings over others.” But “(52) because each company is taxed at a different rate, it is not possible for the Commission to identify one single reference rate in the advertisement tax. Hungary did not present any specific rate as the reference rate or ‘normal’ rate and did not explain either why a higher rate would be justified for undertakings with a high level of turnover, nor why lower rates should apply to undertakings with lower levels of advertisement turnover.”

The Commission went on to reject the Hungarian argument that the “(53) […] objective of the advertisement tax is to promote the principle of public burden sharing. In light of that objective, the Commission considers all operators subject to the advertisement tax to be in a comparable legal and factual situation. As a consequence, unless it is duly justified, all operators should be treated equally and pay the same proportion of their turnover, regardless of their level of turnover. The Commission observes that the consequence of the application of a single tax rate to all operators is already that those with higher turnovers contribute more to the State budget than those with low turnovers. Hungary has advanced no convincing argument justifying the discrimination between those types of undertakings by progressively imposing a proportionately higher tax burden on those with a higher advertisement turnover. Hungary has therefore deliberately designed the advertisement tax in such a manner so as to arbitrarily favour certain undertakings, namely those with a lower level of turnover (and thus smaller undertakings), and disadvantage others, namely larger undertakings.”

“(54) The reference system is therefore selective by design in a way that is not justified in light of the objective of the advertisement tax, which is to promote the principle of public burden sharing and collect funds for the State budget.”

– advertisement turnovers are subject to the same (single) tax rate,
– no other element is maintained or introduced that would provide a selective advantage to certain undertakings.”

Step 2: Does the measure derogate from the reference system?

In other words, we have the unusual situation here where the reference system is the objective of the tax [to tax advertising turnover] and the selective aspect of the measure is its progressive rates.

Step 3: Is the selectivity justified by the nature and general scheme of the tax system?

Selectivity is justified when it is the result of “(66) […] inherent mechanisms necessary for the functioning and effectiveness of the system. It is for the Member State to provide such justification.

As mentioned above, the Commission had already rejected the argument of Hungary that the turnover and the size of undertakings reflected their ability to pay and therefore to contribute to the cost of public policies. “(67) The Commission considers that […] neither that the turnover of a group of companies is a good proxy for its ability to pay nor that the pattern of progressivity of the tax is justified by the nature and general scheme of the tax system.” “(68) It is a natural consequence of (single-rate) turnover taxes that the bigger the turnover of a company is, the more tax it pays. As opposed to taxes based on profit, a turnover-based tax is however not intended to take into account — and indeed does not take into account — any of the costs incurred in the generation of that turnover. Therefore, […], the level of turnover generated cannot automatically be considered as reflecting the ability to pay of the undertaking.”

The Commission explained that the “(69) […] progressive rates for taxes on turnover could only be justified exceptionally, that is if the specific objective pursued by a tax indeed requires progressive rates. Progressive turnover taxes could, for example, be justified if the externalities created by an activity that the tax is supposed to tackle also increase progressively – i.e. more than proportionately – with its turnover. However, Hungary did not provide any justification of the progressivity of the tax by the externalities possibly created by advertisement.”

The Commission concluded that the measure was selective and, because it satisfied all of the criteria of Article 107(1), it constitute State aid.

Since the aid was operating aid it was found to be incompatible with the internal market. In principle operating aid for regional development purposes is allowed under certain conditions in Article 107(3)(a) areas. Hungary does have such areas. But the Hungarian authorities provided no evidence that the aid was granted in compliance with the regional rules on operating aid. Consequently, the Commission ordered the recovery of the aid.

How much aid had to be recovered?

Legally, it is the obligation of the Member State that granted the incompatible aid to propose to the Commission how it intends to recover the aid and how much to recover. But it is customary for the Commission to provide guidance to Member States in recovery decisions how to calculate the amount of aid that is to be recovered.

Since in this case there was no standard rate from which a reduction had been granted, the Commission decided that “(91) […] recovery of the aid means that Hungary needs to treat all undertakings equally as if they had been subject to a single fixed rate. By default, the Commission considers that the single fixed rate to be 5.3% as determined by Hungary in the amended version of the tax unless Hungary decides, within two months from the date of adoption of the present decision, to set a different level for the single tax rate that will apply retroactively to all undertakings over the whole period of application of the advertisement tax (original and amended versions) or to abolish the advertisement tax retroactively as of the date of its entry into force.”

“(93) As stated in recital 56, the reference system for the taxation of advertisement turnover would be a tax where:

“(94) As regards recovery, this means that […] the amount of aid received by the companies with advertisement turnover should be calculated as the difference between:

“(95) To the extent that the difference between amount of tax (1) and amount of tax (2) is positive, the amount of aid should be recovered including recovery interest as of the date the tax was due.”

Hungary did not have to recover aid whose amount fell below the de minimis threshold of EUR 200,000 and all other conditions of the de minimis regulation were complied with.

Lastly, it is worth observing that the decision is silent on what happens when the difference between (1) and (2) is negative. That is when the advertising revenue was subject to a rate that exceeded 5.3%. Would Hungary return the excess tax back to the undertaking that had paid 80% of the total revenue raised by the tax?