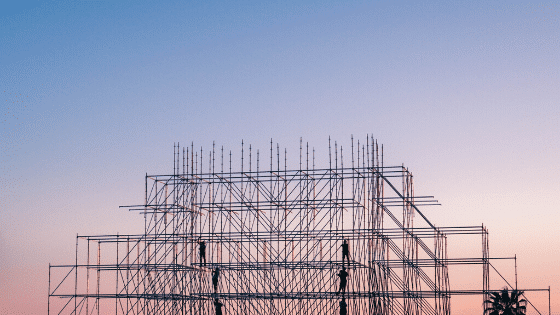 Activities which are part of the performance of public duties are non-economic in nature [e.g. spatial development]. Public funding of these activities does not constitute State aid. The transfer of resources from one level of government to another is transfer between public authorities and does not constitute State aid. Competitive selected developers obtain no advantage. Purchasers of subsidised assets who pay market prices obtain no advantage.
Introduction
This article examines Commission Decision SA.36346 concerning a land development scheme for industrial and commercial use in Germany. The case is interesting because the Commission concluded that this land development scheme did not involve State aid. The developers in question did not receive State aid, because they were remunerated at market rates for services they provided. However, it is questionable that the owners of land did not obtain any advantage because they were precluded from earning a profit, as the aid merely covered the cost of development.Background

Germany had notified a similar measure in 2002. The Commission concluded in 2003 that it did not involve State aid because the development and revitalisation of land did not constitute an economic activity, and because public funding of local authorities for such an activity was an intrastate financial transfer.

At the level of developers, the presence of aid was excluded, since they were selected through public tender procedures. At the level of the final purchaser of the land, no aid was considered to be present, since the sale took place on market terms in line with the principles of the Commission’s land sale communication. Bespoke development was not eligible for funding under the previously notified measure.

As explained in the new Commission Decision,[1] German authorities re-notified the measure, although its aims or modalities remained largely the same. The reason for this was their uncertainty about the application of State aid rules following the Leipzig/Halle judgment of the General Court.

The notified measure – the so-called “GRW framework” – concerns public funding for the development and revitalisation of land by, in principle, local authorities for the subsequent construction of industrial and commercial infrastructure. The measures concerns two stages:

1) The renovation and development of land which is eligible for funding under the GRW framework; and

2) The subsequent sale of the remediated / developed land to any interested third party.

Public support consists of direct grants of up to 60% of the costs of eligible activities. Under certain conditions, funding for derelict sites can rise to 90%. Eligible costs are those linked to development, expansion and revitalisation of industrial and commercial areas, namely:

Projects are selected on the basis of eligibility criteria laid down in rules defined in advance by the relevant law for the GRW framework.

Claw-back clauses are applied to recover any profit from the body responsible for implementing the project resulting from the sale of the redeveloped land, after taking into account the costs incurred.

Bodies responsible for implementing the projects can entrust the implementation to developers through an open, transparent and non-discriminatory tender procedure. In such cases, the commercial activities of developers must be restricted to carrying out the relevant works or marketing of the land, as they may not use the land itself. In particular, the following conditions must be fulfilled:

After the development of the land, any interested third party may buy the remediated land, which must be sold in accordance with the rules in the Commission’s land sale communication. In principle, land must be sold to the highest bidder or at a market price determined by an independent valuation.

The Commission examined the existence of State aid at three levels:

a) Responsible bodies, b) Developers and c) Final purchasers and users of remediated land.

Public authorities are responsible for the decontamination and revitalization of land located in eligible areas, in the respect of the „polluter pays“ principle, by making the terrain ready to build upon and ensuring that it is connected to utilities (water, gas, sewage and electricity) and transport networks (rail and roads). They are not involved in the funding of construction of buildings or other structures, nor in the management or administering the operation of land and/or buildings.

The Commission concluded that there was no State aid for responsible bodies for three reasons. First, their tasks were not economic in nature. “(34) Activities which are part of the performance of public duties are non-economic in nature. The development and revitalization of public land by local authorities (with the use of public funds) is not an economic activity, but part of their public tasks, namely the provision and supervision of land in line with local urban and spatial development plans.”

Second, there was no transfer of state resources to undertakings. “(35) … The transfer of resources from the Federal Republic of Germany and the federal states to the budget of the local authorities for carrying out land development projects represents an intrastate financial transfer between public authorities and therefore does not constitute State aid within the meaning of Article 107(1) TFEU.”

Third, funding did not create an advantage. “(36) Moreover, the claw back mechanism provides that bodies responsible for implementing the projects are under the obligation to refund any possible profits from the sale of the redeveloped site to the grant awarding body. Therefore, an advantage within the meaning of Article 107(1) TFEU at the level of the responsible body can be excluded for these development projects.”

It must be said, however, that the finding of absence of advantage is very questionable. A simple example can illustrate the problem. Let us assume that a public authority owns land that is polluted but the authority itself is not responsible for the pollution [so the polluter-pays principle does not apply]. It costs it 100 to decontaminate the land and receives 60 in aid to pay for these costs [i.e. aid intensity of 60%]. The net costs borne by itself are only 40. It then sells the land for 50. As a result, it makes a profit of 10 which is subsequently clawed back so that the final amount of aid it receives is 50 instead of 60. Although it makes no profit, it bears only 50 of costs of 100 and its liabilities decline by 100. In other words, it pays 50 to eliminate liabilities of 100 – a net gain of 50. This is the advantage it obtains despite the fact that it makes no accounting profit. The Commission neglected to examine the existence of any advantages emanating from land ownership and in particular whether the land owners obtained an advantage from transferring ownership to a third party.

The Commission considered that in the cases “(37) … where the bodies responsible for implementing the projects are not municipalities, the measure cannot be considered to represent a pure intrastate financial transfer. However, since the measure provides that all responsible bodies for implementing the projects are under the obligation to refund any profits from the sale of the redeveloped site to the grant awarding body, an advantage within the meaning of Article 107(1) TFEU at the level of the responsible body can be excluded for these development projects.” The same comment as above concerning the presence of an indirect benefit through removal of liabilities can be made in this case too.

Since developers are always selected through an open, transparent and non-discriminatory public procurement procedure, the Commission concluded that they “(39) … provide their services against a market conform fee. Under these conditions, there is no advantage within the meaning of Article 107(1) TFEU to developers.”

Even though the Commission found no aid for the owners and developers of land [i.e. public bodies and land developers], it still had to consider the possibility that an indirect benefit could flow to the final purchasers and/or users of the developed or remediated land. According to the Commission. “(40) … this could be the case if the buyer receives land – as an indirect result of the measure – at a price below the market price.”

However, the measure in question “(41) … provides that the land has to be sold in accordance with the guidance provided in the Commission’s land sale communication. Therefore, the measure contains sufficient safeguards to ensure that the buyer pays a market price for the land, securing that the buyer is not a beneficiary of the measure within the meaning of Article 107(1) TFEU.”

On the basis of the reasoning outlined in the previous section, the Commission concluded that the GRW land development scheme did not constitute State aid. However, as already observed above, it is questionable whether the measure did not confer an advantage to land owners. Advantage can be conferred even in the absence of profit. This is the case of the views of the Court of Justice in the landmark Altmark case and in the numerous Commission decisions following Altmark. The absence of profit does not remove all possible advantages. In order to avoid confusion, I hasten to add that the Court in Altmark examined the existence of advantage as a separate issue from the nature of the services in that case. Therefore, the fact that it dealt with services of general economic interest was not by itself decisive on its reasoning concerning the presence of advantage, which was developed in consecutive stages linking the second, third and fourth Altmark criteria.

Concluding, it should be observed that, for the purchasers of land, the Commission stated that there was no advantage because they paid a market price. This is in sharp contrast to other recent decisions of the Commission where, despite the payment of market prices, it was still found that there could be State aid because the absence of advantage could not be excluded – see last week’s article on the Copenhagen arena and especially the part concerning the users of the arena, in which I also argued that findings which are poorly motivated and insufficiently explained only confuse State aid authorities seeking guidance in past Commission decisions. The variation in Commission decisions will make it more difficult for Member States to use the new GBER. This shall be the subject of a forthcoming article.