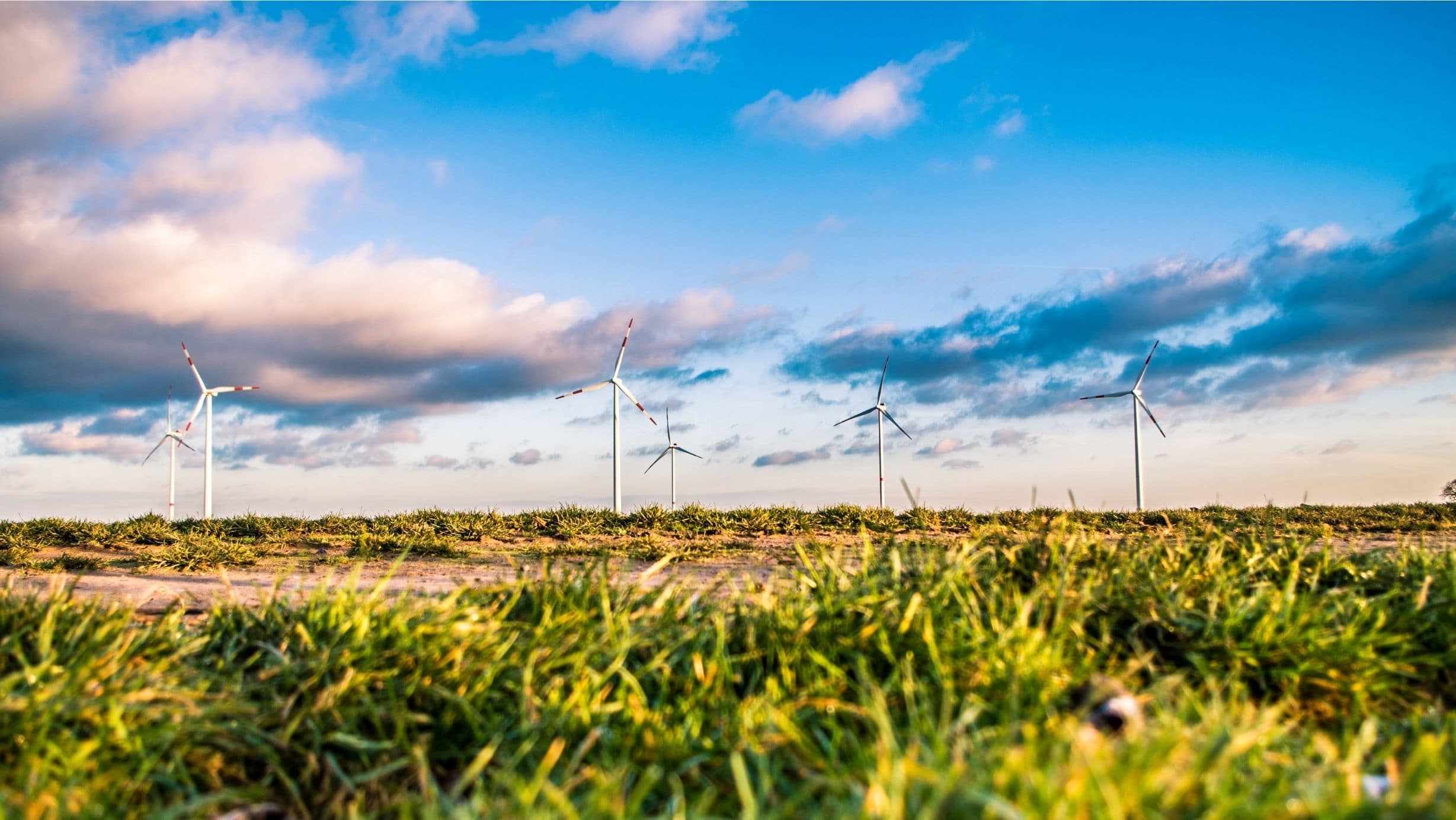 Legitimate expectations can only be created by EU institutions giving unambiguous and unconditional assurances.

No undertaking enjoys a right to State aid.

Member States may reduce the amount of State aid they grant.

As the process of transition to green economy accelerates, Member States have been reducing the subsidies they promised to grant to the early investors in the production of electricity from renewable sources of energy [RES]. Some of these investors have taken legal action before national courts or resorted to arbitration tribunals in the context of investor-protection treaties to seek compensation.

On 16 September 2021, in case C‑850/19 P, FVE Holýšov and 28 others v European Commission, the Court of Justice upheld a judgment of the General Court that rejected claims that the principle of protection of legitimate expectations had been violated.[1]

As the Czech measures evolved over time they involved State aid, but the amount of subsidies for green electricity producers was gradually reduced. Because the applicants had several contacts with the Commission, they claimed before the General Court that the information they had received from the Commission was inconsistent and that, for this reason, it infringed the principle of protection of legitimate expectations. The General Court dismissed that claim. The applicants repeated that claim before the Court of Justice.

The Court of Justice, first, recalled the relevant case law. “(34) For infringement of the principle of the protection of legitimate expectations to be established, it is necessary for an EU institution, by giving a citizen precise assurances, to have led that person to entertain justified expectations. Information which is precise, unconditional and consistent, in whatever form it is given, constitutes such assurances”.

“(35) In that regard, in its 2004 letter, the Commission merely expressed a preliminary opinion on a draft of the promotion scheme which was adopted only the following year, the precise conditions of which were not then fully known. Consequently, that letter did not give precise assurances that the initial scheme was not in the nature of State aid. Therefore, the General Court did not err in its legal characterisation by holding in paragraph 70 of the judgment under appeal that that letter could not give rise to any legitimate expectation.”

“(38) Moreover, the appellants may criticise the General Court for failing to take into account certain other factors, which they claim to have submitted to it, only if that evidence proves that they could rely on a legitimate expectation that the initial scheme for the promotion of electricity production from RES would be maintained. The appellants have not shown that that evidence was sufficient to justify the legitimate expectation alleged.”

“(40) It follows from the foregoing that the third ground of appeal must be rejected.

The applicants argued that the General Court wrongly concluded that there was State aid. The cited a complex German measure which was found by the Court of Justice in March 2019 not to constitute State aid because there was no transfer of state resources.

“(46) The appellants, referring to the judgment, Germany v Commission [C‑405/16 P, paragraphs 83-85], submit that it is not sufficient that the initial promotion scheme was financed by a compulsory levy to enable it to be regarded as being financed through State resources. However, it must be pointed out that that argument is based on a misreading of that judgment. It is apparent from that judgment that the fact of coming from a compulsory levy is, on the contrary, sufficient to identify State resources [C‑405/16 P, paragraphs 65 to 72]. On the other hand, it is irrelevant that the financing mechanism at issue does not, strictly speaking, fall within the category of fiscal levies under national law [C‑275/13, paragraph 31].”

The EStALI Autumn Conference offers a platform to discuss and exchange views on current developments in EU State aid law, both in Berlin and online. Expert panels and fictitious case studies with leading practitioners invite participants to get actively involved in the debates, exchange experiences and receive guidance on particular questions and cases. A great networking opportunity! “(53) Firstly, the factual assessment that the Czech Republic voluntarily undertook to implement the ‘review mechanism’ does not, […], fall within the jurisdiction of the Court of Justice when hearing an appeal, except where the facts have been distorted, which is not alleged by the appellants. Secondly, since the review mechanism must be regarded as having been introduced by the Czech Republic, any failure to comply with the 2008 Guidelines has no bearing on the General Court’s assessment of the legality of the decision at issue adopted by the Commission.”

The applicants claimed that the General Court was wrong for not finding that the Commission had exceeded the limits of its powers by stating in its decision that any compensation granted by an arbitration decision would itself constitute State aid, infringing Article 108 TFEU and could not be enforced.

“(67) It is common ground that the Commission stated in the decision at issue, […], that any compensation which an arbitration tribunal might grant would, in itself, constitute State aid, would infringe Article 108 TFEU and would therefore not be enforceable. However, as the General Court found in paragraphs 158 and 159 of the judgment under appeal, those assertions do not form part of the necessary grounds for the decision at issue. Therefore, the General Court was fully entitled to reject as ineffective the complaints alleging that those assertions were unlawful.”

In the end, the Court of Justice dismissed the appeal in its entirety.

The judgments of both the Court of Justice and the General Court referred to important legal issues tackled by the Commission decision. Therefore, it is instructive to recall what precisely the Commission stated in its decision.

Concerning the principle of legitimate expectations

Some aid beneficiaries had complained that the Czech Republic reduced arbitrarily the amount of aid in its schemes for the support of RES electricity.

The Commission responded that “(135) according to the case-law, traders are not protected against future changes to an on-going situation, and the immediate application of the new rule is the general rule for the application in time of new rules.”

In addition, “(136) there cannot be any violation of the principle of legitimate expectation is even more evident since the measures constituted unlawful State aid. As to the question of whether unapproved State aid measures are liable to create legitimate expectations for potential or actual beneficiaries, the Commission points to the well settled jurisprudence of the Court of Justice stating that a recipient of State aid cannot, in principle, entertain a legitimate expectation as to the lawfulness of aid that has not been notified to the Commission.” [In this connection see C-24/95, Land Rheinland-Pfalz: “In view of the mandatory nature of the supervision of State aid by the Commission under Article [108] of the Treaty, undertakings to which aid has been granted may not, in principle, entertain a legitimate expectation that the aid is lawful unless it has been granted in compliance with the procedure laid down in that article. A diligent businessman should normally be able to determine whether that procedure has been followed.”(paragraphs 13 & 14). See also C-169/95, Spain v Commission.]

Concerning the “right” to State aid

The Commission reiterated that “(142) there is no “right to State aid” – the Czech Republic could, from a State aid point of view, also have abolished the aid completely.”

Concerning the Energy Charter Treaty and the German-Czech investment treaty

“(143) Pursuant to Article 3(2) TFEU, any provision in an international investment treaty, be it bilateral or multilateral, which might affect common rules of the EU law or alter their scope, is contrary to the Union law. As such, the Commission considers that any provision that provides for investor-State arbitration between two Member States is contrary to Union law In particular, it violates Article 19(1) TEU, Article 3(2) TFEU, the principles of the freedom of establishment, the freedom to provide services and the free movement of capital, as established by the Treaties (in particular Articles 49, 52, 56, and 63 TFEU), as well as Articles 64(2), 65(1), 66, 75, 107, 108, 45 215, 267 and Article 344 TFEU, and the general principles of Union law of primacy, unity and effectiveness of Union law, of mutual trust and of legal certainty.”

“(144) The violation concerns both substance and enforcement. On substance, Union law provides for a complete set of rules on investment protection (in particular in Articles 49, 52, 56, and 63 TFEU, as well as Articles 64(2), 65(1), 66, 75 and 215 TFEU). Member States are hence not competent to conclude bilateral or multilateral agreements in that field, because by doing so, they may affect common rules or alter their scope.”

“(145) On enforcement, an Arbitral Tribunal created on the basis of the Energy Charter Treaty or an intra-EU BIT has to apply Union law as applicable law […] However, according to the case-law, it is not a court or tribunal of a Member State, and hence cannot make references to the ECJ, because in particular the requirements of permanence, of a State nature, and mandatory competence are not met.”

“(150) Finally, the Commission recalls that any compensation which the Arbitral Tribunals were to grant would constitute in and of itself State aid. However, the Arbitral Tribunals are not competent to authorise the granting of State aid. That is an exclusive competence of the Commission. If they were to award compensation, they would violate Article 108(3) TFEU, and any such award would not be enforceable, as that provision is part of the public order.”