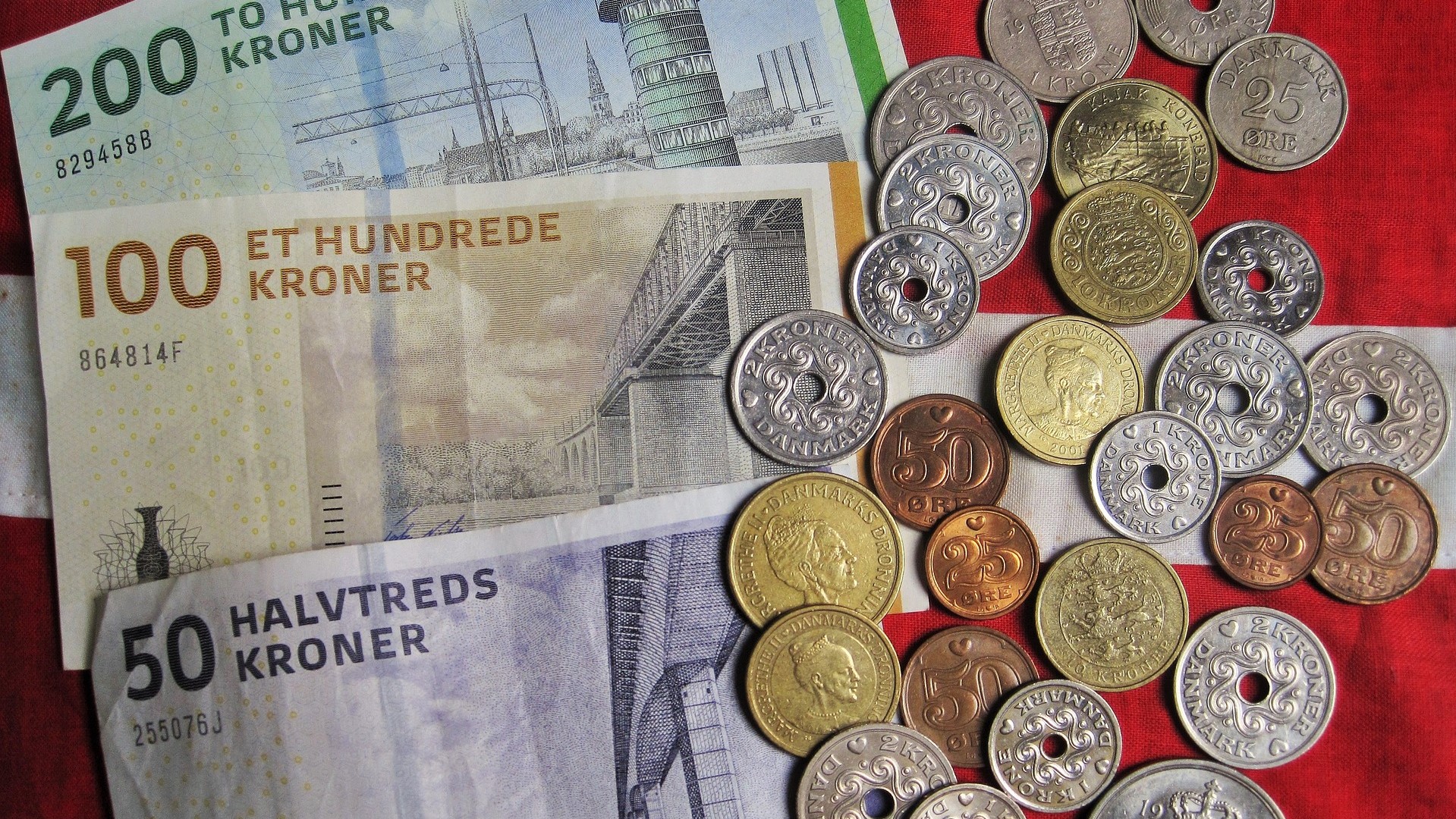 About ten years ago, Denmark injected capital into FIH bank that had been hit by the financial crisis that broke out in 2008. The capital was later repaid while the assets of the bank were transferred to a new company, “Newco”, which was bought by the state-owned Financial Stability Company [FSC]. In 2014, the Commission, in decision 2014/884, found the intervention in favour of FIH to be State aid but compatible with the internal market. FIH appealed against that decision.

In September 2016, the General Court [case T-386/14] annulled the 2014 decision on the grounds that Denmark had acted as a private investor trying to protect the value of its assets. This judgment was reviewed here on 15 November 2016.

That judgment of the Court of Justice is very important because it ruled that a public authority must ignore any risks to funds that were granted to an undertaking as State aid. In other words, a public authority has to exclude from its calculations any money that was granted in its capacity as an arm of the state rather than as a private investor.

In the words of the Court of Justice “(62) the Commission was fully entitled, when applying the private operator principle, not to take into account risks related to State aid granted to FIH by the 2009 measures. Consequently, the General Court erred in law when it held, […] that the Commission had, by failing to take those risks into account, incorrectly applied the private operator principle in the contested decision.” “(63) In so doing, the General Court wrongly required the Commission to assess the economic rationality of the measures at issue from the point of view not of a private operator in a comparable situation but from that of the State in its capacity as a public authority which had, by the 2009 measures, previously granted FIH State aid, the financial consequences of which it sought to limit.”

Then, in September 2019, the General Court [T-386/14 RENV] held that the Commission used an incorrect figure in its calculation of the amount of capital relief resulting from the transfer of assets to the FSC. This judgment was reviewed here on 16 October 2019.

Consequently, the Commission opened the formal investigation procedure which led to the present decision 2020/1183.[1]

The crux of the issue was whether Denmark acted in conformity with the market economy operator principle [MEOP]. Denmark insisted it did, while the Commission disputed it. Given the complexity of the intervention in favour of FIH, the following summary of the Commission’s explanation of why the transactions were not MEOP-compatible focuses on the main lines in the reasoning of the Commission.

“(87) In the particular case of the FIH Group the Commission considers that it is relevant to examine (i) whether initially there had been a private investor willing to finance the measures on the same terms and conditions as the Member State, (ii) if so, what was the return on investment it demanded in comparison with the return for the State, and (iii) in the absence of private interest, what the expected return and the distribution of the potential returns from the measures for the State would be, in comparison to those returns a market investor would expect if such an investor was to undertake the measures under normal market economy conditions. If the State accepts those conditions or better, the measures can be considered to be carried out on market terms. In particular, it is important to check whether the transaction in its entirety generates positive cash flow, because no private operator, aiming at maximising of its profit, would enter a loss-making operation.”

“(88) The clearest evidence that a transaction is in line with the MEOP is to demonstrate that the terms of the deal would not only be acceptable to a hypothetical market economy operator, but that in fact there is such an operator participating in the same investment on the same terms as the State. The presence of other investors provides a benchmark for the Commission to make its assessment of the applicability of the MEOP.”

“(89) At the time Denmark granted the measures, there was no market participant prepared to grant similar measures to FIH as those which were granted by entities under the control of the State. In particular, neither the consortium of owners nor any third party expressed any intention to invest in FIH. The Commission has no grounds to conclude that under those circumstances a market economy operator would be willing to participate in the measures. The absence of private interest is an indication of the financial difficulties and weak position of the bank.”

“(90) In the absence of an operator investing on the same terms as the State, a measure can still be free of aid, if in similar circumstances a private operator would have granted the same funding, asking a return at least as high as the return the State received. That assessment should, in principle, be based on a business plan taking into account available information and foreseeable developments at the time when the public funding was granted and it should not rely on any analysis based on a later situation.”

“(91) Furthermore, one of the situations in which it is most difficult to apply the MEOP is where a company is already a beneficiary of State aid. […] Whilst those facts do not exclude the application of the MEOP in this case per se, they are indicative of the difficulties faced by FIH and would affect the willingness of private investors to invest in the measures. The previous aid already distorts the economic circumstances, creating a perception of continued State support. In its evaluation, the Commission has taken the replacement of such advantages by new ones into consideration.”

“(93) In the absence of a private investor, to further check the applicability of the MEOP the Commission has to assess whether the overall return of the measures in favour of FIH is equal to or higher than the expected return that a hypothetical private investor would demand in order to make that investment. The expected return of the measures depends on the future stream of revenue from cash flows, which has to be discounted to the present day to derive its net present value using an appropriate rate of discount.”

“(94) Relying on expert advice, the Commission estimated the market value of Newco’s assets and modelled the expected return for the FSC for entire distribution of liquidation values of Newco’s equity. In so doing, it has taken into account all elements of the share purchase agreement, such as the net liquidation value, revenues and costs incurred by the FSC and FIH Group and the purchase price adjustment, which included the loss-absorbing loan. The use of a distribution model is necessary to calculate the net present value of both the benefits stemming from a 25% equity upside participation and the negative effects from the combination of large asset losses in Newco and a default of FIH Holding if such a scenario were to materialise.”

In the Commission decision there is a graph that depicts the outcomes of the various risk scenarios.

“(95) The Graph shows, for different liquidation values of Newco’s assets (from DKK 5.1 billion to DKK 28.3 billion), the net present value of the share purchase agreement. Each of the scenarios occurs with a probability indicated by the dotted line against the right-hand scale (0.1% to 7.5%). In the most likely scenarios, the return is slightly negative.”

“(96) Furthermore, the Graph shows the overall probability-weighted average net present value of the share purchase agreement operation was also negative. The expert calculation shows it amounted to DKK 726 million. As a result, the share purchase agreement generated a loss instead of a profit. A market economy operator would have required an equity remuneration of at least 10% per annum on a similar DKK 2 billion investment, which would have generated about DKK 1.33 billion over the seven-year existence period of Newco. The Commission therefore concludes that no market economy operator would have been willing to invest on terms and conditions equivalent to those of the share purchase agreement. As a result the measures are not in line with the MEOP.”

“(99) The fact that the terms of the measures were negotiated between the FSC and FIH Holding does not necessarily mean that the measures were executed on market terms. If Denmark intended to grant a substantial amount of additional aid to a bank facing grave liquidity difficulties, that fact alone would not exclude negotiations between the authorities and that bank on specific points of the transaction. Because of the bilateral aspect of the negotiation which took place, it lacked features such as those of an open non-discriminatory tender procedure or of a comparison to similar market transactions. Therefore, the conformity of the measures with market conditions does not follow automatically from the fact that negotiations occurred.”

“(101) The Commission notes that under a previous Tier 1 hybrid recapitalisation FIH had to pay an annual coupon of 11.46% per annum. Furthermore, in the beginning of March 2012 FIH’s senior debt was quoted on the market with an implied yield exceeding 10%. Therefore, the Commission’s reasoning that a remuneration for capital should be at least 10% is justified. A market operator would probably require a remuneration in excess of that level, in view of the particular risks related to the concentration and the inferior quality of the real estate portfolio of Newco in addition to the junior credit ranking of an equity investment. Therefore, a remuneration of 6.5%, as put forward by Denmark is clearly insufficient. It should also be noted that the transaction generates a negative expected return.”

“(102) The Commission concludes that the measures in favour of FIH are not in line with the MEOP. This assessment, and in particular the fact that the Commission does not need to take account of the financial risks to which the FSC was exposed because of the 2009 aid measures, was confirmed by the Court of Justice’s judgment of 6 March 2018”. [At this point the Commission quoted the two paragraphs from the judgment which are reproduced at the beginning of this article.]

Since the Danish measures did not conform with the MEOP and fulfilled all the criteria of Article 107(1) TFEU they constituted State aid whose compatibility with the internal market had to be assessed by the Commission.

Its assessment was based on the guidelines applicable to the financial sector. Accordingly, the Commission found the aid to be compatible because the subsequent restructuring of FIH respected the requirements of those guidelines. In particular,

The Commission concluded that “(154) the measures were well-targeted, limited to the minimum and provided for limited distortion of competition.”

Compliance with Directive 2014/59 on bank recovery and resolution

“(156) That obligation is in line with the jurisprudence of the Union Courts, which have consistently held* ‘that those aspects of aid which contravene specific provisions of the Treaty other than [Articles 107 and 108 of the Treaty] may be so indissolubly linked to the object of the aid that it is impossible to evaluate them separately to that their effect on the compatibility or incompatibility of the aid viewed as a whole must therefore of necessity be determined in the light of the procedure prescribed in [Article 108]’”.

“(157) To assess whether a violation of a provision of Union law is indissolubly linked to the measure, it has to be established whether the State aid measure necessarily breaches a specific provision of Union law which is relevant for the compatibility analysis under paragraphs 2 and 3 of Article 107 of the Treaty.”

“(158) This Decision refers to measures put in place by the Danish authorities before the adoption of Directive 2014/59/EU. Directive 2014/59/EU was indeed adopted on 15 May 2014 and the deadline for its transposition into the law of the Member States was 1 January 2015, while the measures concerned by the case at hand were granted in 2012. As a consequence, Directive 2014/59/EU does not apply to the present case.”

Given that the Directive 2014/59 was not relevant to this case, the overall conclusion of the Commission was that the aid was compatible with the internal market on the basis of Article 107(3)(b).

Photo by ASSY on Pixabay.