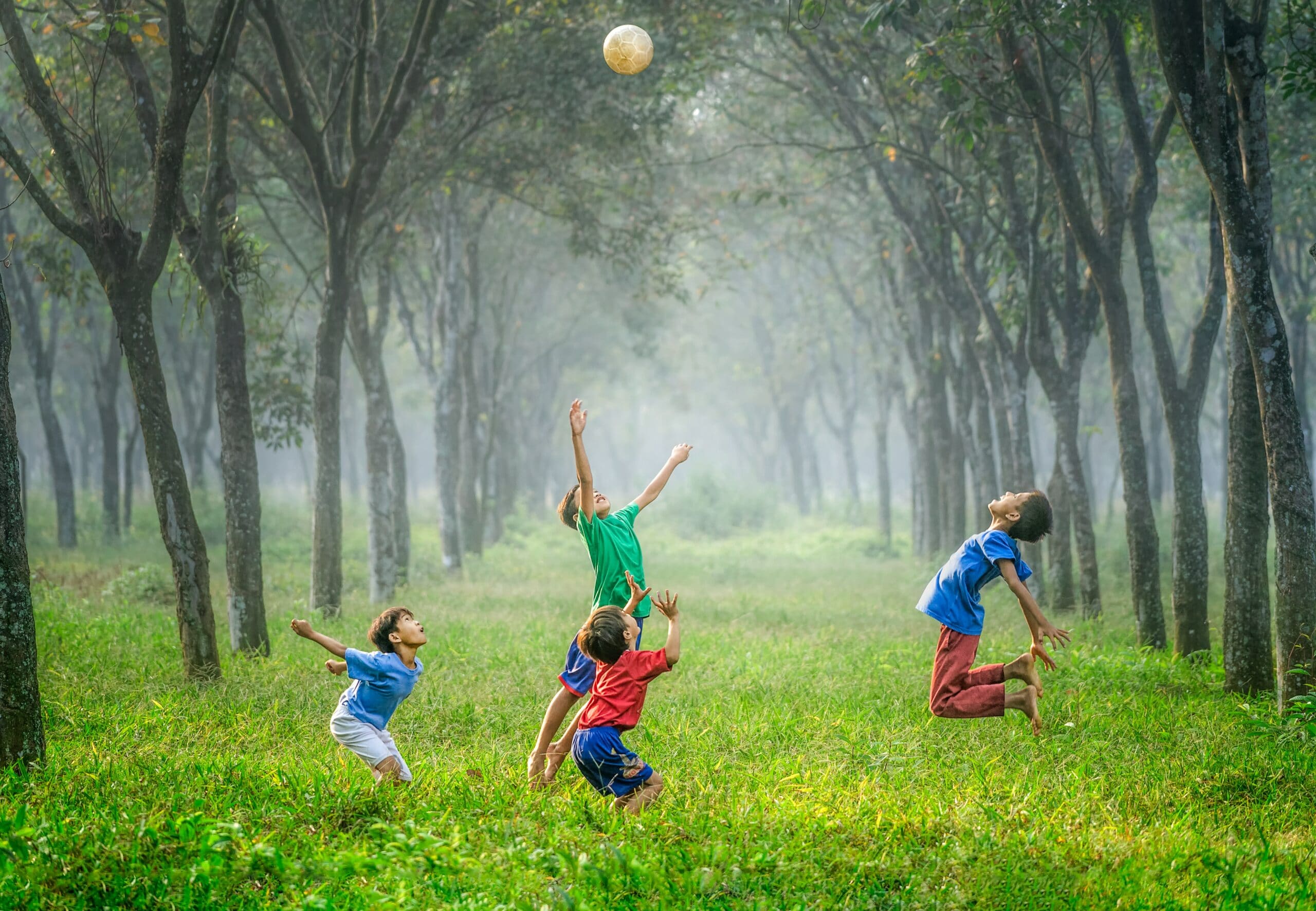 The first two cases are about the risks of mixing economic with non-economic activities. The General Court dealt with this problem in two separate but very closely related judgments: T-220/13, Scuola Elementare Maria Montessori v Commission, and T-219/13, Pietro Ferracci v Commission. The applicants in both cases requested annulment of Commission decision 2013/284.[1] In that decision, the Commission had found that an exemption from an Italian municipal tax of property owned by non-business entities was State aid. Moreover, the aid was incompatible with the internal market. However, it did not order recovery of the incompatible aid because it accepted the arguments of the Italian government that it would be absolutely impossible to recover it.

This article refers to the judgment in the Montessori case and cites the relevant text in that judgment. The reasoning in the Ferraci case is almost identical.[2]

In both cases there were extensive arguments on whether the actions were admissible. The issue of admissibility is not considered in this article.

The first substantive plea examined by the General Court was whether the Commission was correct not to instruct recovery of the aid. Normally, a Member State that pleads “absolute impossibility” has to show that it has tried to recover the aid. EU courts do not accept a priori arguments that recovery would be difficult if the Member State concerned has not demonstrated that it had actually attempted to recover the aid. In this case, the Commission acknowledged already at the stage of the formal investigation that recovery would not be feasible.

Hence, the General Court concluded that the Commission could not impose obligations whose execution would be from the beginning, objectively and absolutely impossible to achieve [paragraph 83]. The Court also confirmed existing case law that it does not amount to absolute impossibility to argue that recovery may be difficult due to political, legal or practical reasons [paragraph 91], or due to the high number of aid recipients [paragraph 92].

A comment is in order here. It is often thought that absolute impossibility means that factors which prevent a government from recovering incompatible aid must be outside its control. Indeed, in numerous occasions Member States have claimed constitutional or political obstacles outside their control. However, we see in this case that the obstacles do not have to be external or outside the control of a government. They can also be internal in the sense that the government lacks necessary information because the aid measure was badly designed in the first place. Non-commercial entities were not obliged either to provide information to the relevant authorities or to keep information on their files [paragraphs 95-100]. The measure was badly designed because non-commercial entities did not have to prove on an annual basis that they engaged “primarily” in non-economic activities. In the absence of evidence, how did the Italian government know that that was indeed true? In response to an argument advanced by the applicant that non-commercial entities should be asked to make self-assessments, the General Court observed that, in the absence of documentary evidence, the Commission or the Italian authorities could not verify the truthfulness of the self-declarations [paragraph 107]. That is correct. But then how did the Italian authorities verify the status of the non-commercial entities? At any rate, and regardless of whether Italy was at fault, absolute impossibility means lack of the necessary information or complete inability to obtain the necessary information.

The General Court also explained that the Commission may not order recovery of aid unless a non-commercial entity can demonstrate that it was involved in non-economic activities in the past. The Commission may not assume that an entity has benefited from State aid on the basis of a negative presumption which is predicated on lack of information that leads to the opposite conclusion. The receipt of aid must be shown with “positive” evidence. [paragraph 106]

Then the General Court turned its attention to the question whether a later reform of the exemption in Italian law was sufficient to eliminate any state for the non-commercial entities by ensuring that any tax benefits they obtained would be limited only to their non-economic activities. A complicating factor was that some of those entities would charge small or nominal amount for their services.

The Court began its analysis by re-stating established case law that the fact that the supply of goods and services is made ​​on a non-profit basis does not prevent the supplier from being considered as an undertaking since it competes with other operators who pursue profit. [paragraph 133]

Then in paragraph 135, the Court addressed the fact that economic activities were not prohibited. It noted that new tax rules were introduced to ensure that if the property was for mixed use, the tax exemption applied only to the part of it which was used for non-economic activities.

The Court continued its analysis by identifying a host of characteristics that proved the non-economic nature of the activities that benefited from the tax exemption:

The General Court also underlined that the essential characteristic of remuneration lies in the fact that it constitutes consideration for a service and is normally agreed upon between the provider and the recipient of the service. Such a feature is missing in the case of courses provided under a national system that offers universal education. By establishing and maintaining such a system, the state does not seek to engage in gainful activity but is fulfilling its duties towards its population. In addition, these systems are generally funded by the public purse and not by pupils or their parents. The nature of this activity is not affected by the fact that pupils or their parents sometimes have to pay certain fees or some tuition in order to contribute to some extent to the system’s operating costs. [Paragraph 141]

The powers of national courts

In September 2007, the European Commission found, in decision 2009/287, that certain power purchase agreements between electricity generators and the national electricity distributor in Poland contained incompatible State aid. However, other State aid in the form of compensation of the generators for stranded costs was declared to be compatible with the internal market.

The Court of Justice was asked by a Polish court to clarify whether national courts could assess whether the Commission had applied the stranded cost methodology correctly.

On 15 September 2016, the Court provided answers with its ruling in case C-574/14, PGE Górnictwo i Energetyka Konwencjonalna v Prezes Urzędu Regulacji Energetyki.[3] It began its reply by recalling that in the EU system of State aid control, “(30) the national courts, on the one hand, and the Commission, on the other, have complementary but distinct roles”.

“(31) In particular, national courts ensure the safeguarding, until the final decision of the Commission, of the rights of individuals faced with a possible breach by State authorities of the prohibition laid down by Article 108(3) TFEU. For this purpose, proceedings may be commenced before national courts requiring those courts to interpret and apply the concept of ‘State aid’, contained in Article 107(1) TFEU, in order to determine whether a State measure introduced without observance of the preliminary examination procedure provided for in Article 108(3) TFEU ought or ought not to have been subject to this procedure”.

“(32) On the other hand, national courts do not have jurisdiction to give a ruling on whether aid measures or a State aid regime are compatible with the internal market. Indeed, […], that assessment falls within the exclusive competence of the Commission, subject to review by the Courts of the European Union”.

“(33) […] National courts must take all the necessary measures, whether general or specific, to ensure the fulfilment of the obligations under European Union law and refrain from taking those which may jeopardise the attainment of the objectives of the Treaty, as follows from Article 4(3) TEU. Therefore, national courts must, in particular, refrain from taking decisions which conflict with a decision of the Commission, even if it is provisional”.

“(36) To allow national courts, in the context of the implementation of a State aid scheme … to review the compatibility of such a scheme with the internal market would amount in essence to giving those courts the power to substitute their own assessment for that of the Commission … Therefore, it would be open to those courts, […], to encroach on the Commission’s exclusive competences relating to the assessment of the compatibility of State aid with the internal market.” “(37) Furthermore, to accept that national courts may undertake such an assessment would in fact have the consequence that those courts would exceed the limits of their own jurisdiction aimed at ensuring compliance with EU law on State aid, […], and would be in breach of their duty of sincere cooperation with the institutions of the European Union”. “(38) Admittedly, when the Commission rules on the compatibility of a State aid scheme with the internal market, it is conceivable that the facts taken into consideration by that institution evolve between the time it assesses those facts and the adoption of its final decision. That situation can indeed be of such a nature as to lead the national court, responsible for assessing whether a given measure comes under an authorised aid scheme, to question the relevance of the Commission’s decision in that respect.” “(39) Nonetheless, […], such a problem cannot be resolved by giving the national courts powers that are exclusive to the Commission; the solution must instead be sought in defining the boundaries of the complementary, but distinct, roles, […], played by those parties in the field of State aid.” “(40) Thus, if a national court entertains doubts regarding the interpretation of a decision of the Commission which classified a specific measure as State aid, that court may seek clarification from the Commission or, depending on the circumstances, may or must, […], refer a question to the Court of Justice for a preliminary ruling on the interpretation of Article 107 TFEU”.

The conclusion of the Court of Justice was that “(41) where the Commission has assessed a State aid scheme in light of the Stranded Costs Methodology and classified it as being compatible with the internal market before its implementation, the national authorities and courts [are precluded] from reviewing in turn, at the time the State aid in question is implemented, whether it is consistent with the principles set out in that methodology.”

Even if the Commission makes a mistake, it is not for the national courts to correct that mistake. The aid granting Member State or aid recipient can appeal that decision directly to EU courts or at the stage of implementation a national court can pose a question to the Court of Justice.

[2] The judgements do not exist in English. The Ferraci judgment exists in several languages. The full text of the judgment in the Montessori case in French or Italian can be accessed at: