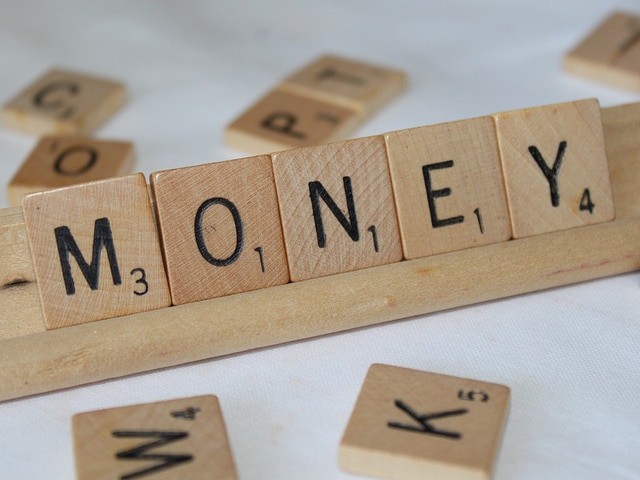 Last week’s article reviewed a judgment of the Court of Justice on the Commission’s 2013 banking communication. This week we continue with the banking theme. This article examines in detail a Commission decision on a Cypriot measure whose objective is to help individuals and businesses that have trouble meeting their loan obligations. It then compares it to a Greek measure that led to the closure of the Cooperative Bank of Peloponnese. The Greek measure also aimed to protect depositors. Therefore, the theme of this week is how depositors and customers of banks may receive public support without that support being classified as State aid.

Measure with number SA.45004, which was recently approved by the Commission, is being implemented by Cyprus to offer partial and only temporary relief to households and micro-enterprises that have been affected by the financial crisis.[1] The measure will provide non-reimbursable grants to individuals who obtained mortgage loans or micro-enterprises which obtained business loans and now have difficulty repaying them.

The grants will be provided by the Cyprus Land Development Corporation to the banks that offered the loans. The measure covers all banks licensed in Cyprus. For the purposes of the measure, a micro-enterprise is considered to be an enterprise with an annual turnover up to EUR 250,000 and employing up to four persons. The maximum amount of aid that the eligible beneficiaries can receive may not exceed EUR 30,000.

Individuals are eligible if their annual income falls below a certain amount and if they reside in the mortgaged property. In addition, the debtors (individuals or micro-enterprises) must have contacted an insolvency consultant with a view to enter into a personal repayment plan in compliance with the relevant law on insolvency. Furthermore, debtors must fulfil all procedures set by the Central Bank of Cyprus stemming from the 2015 directive on management of arrears concerning restructuring of loans.

The Commission concluded that there was no State aid for the direct beneficiaries; i.e. individuals and micro-enterprises.

“(31) With regard to the individual mortgage borrowers, only natural persons who reside in the property underlying the mortgage contract are eligible to participate. Therefore, they cannot be regarded as undertakings within the meaning of Article 107(1) TFEU and, thus, assistance to them falls outside the scope of State aid rules.”

“(32) With respect to micro companies, the support provided to them falls within the scope of de minimis rules provided for by Regulation (EU) 1407/2013.” “(34) Therefore, as regards micro companies, de minimis conditions are met and as a result the aid measure at stake is deemed not to meet all the criteria laid down in Article 107(1) TFEU and is therefore not subject to the notification requirement.”

With respect to banks, the Commission found that they would receive indirect State aid. “(37)[…]Participating banks under the Scheme are able to receive a higher part of the monthly instalments due by the borrower in difficulty than they would have received without intervention of the State. In other words, any such bank will get more repayments from its NPLs [non-performing loans] which free it from a cost that it would otherwise have to meet itself from its budget. That advantage is selective because it is only available to lenders as opposed to other businesses that supply goods and services, and amongst lenders it is only open to those which have lent sums that are secured against the borrower’s principal residence.”

Given that banks would benefit from indirect aid, the next step in the Commission’s assessment was to consider the compatibility of that aid with the internal market.

The Commission examined the compatibility of the aid to banks on the basis of Article 107(2)(a) and 107(3)(c) TFEU. The former applies to individuals, while the latter applies to micro-enterprises. Given that the Commission was examining the compatibility of the indirect aid to banks, in principle it could have used Article 107(3)(c) to assess the effect on banks of aid to both individuals and micro-enterprises.

Compatibility of the indirect aid to the banks flowing from the support to individuals: Assessment under Article 107(2)(a) TFEU

Article 107(2)(a) allows aid having a social character. “(45)[…] To the extent that the Scheme aims at securing that households are protected from the risk of foreclosure, it reflects both short-term and long-term social concerns.”

The Cypriot aid is granted “without discrimination related to the origin of the products concerned”, that is without any distinction between banks. All mortgage lenders established in Cyprus are covered by the measure. Accordingly, the Commission concluded that the indirect aid to the financial intermediaries necessary to channel the support to individual borrowers was compatible with Article 107(2)(a) TFEU.

Compatibility of the indirect aid to the banks flowing from the support to micro-enterprises: Assessment under Article 107(3)(c) TFEU

The Commission found that the measure conformed with the common assessment principles. In particular, it found the measure to be appropriate with respect to the objective it aimed to achieve, necessary and proportionate. Because of the small size of the budget of the measure [EUR 8 million] the Commission thought that the aid would not confer any excessive advantage to banks and hence it would not cause undue distortion of competition.

However, the assessment of the Commission did not end at this point. It went on to check the compliance of the measure with “intrinsically linked provisions” of the Directive 2014/59 on bank recovery and resolution. The Directive was transposed into Cypriot law at the beginning of 2016.

The Commission examined whether the aid qualified as “extraordinary public financial support”, as defined in Article 2(28) of the Directive and whether such aid fell within the scope of Article 32(4)(d) of that Directive. “(64) This is necessary because the Commission cannot approve aid as compatible with the internal market if it breaches another intrinsically linked provision of Union law.”

Article 2(28) of the Directive defines as extraordinary public financial support as “State aid […], or any other public financial support at supra-national level, which, if provided for at national level, would constitute State aid, that is provided in order to preserve or restore the viability, liquidity or solvency of an institution or entity”. According to the Commission, “(66) that definition implies (i) that the bank is fragile or already in difficulty and (ii) that the size of the support is sufficiently large to have a material effect on the viability, liquidity or solvency of the bank.

The Commission concluded, however, that those two conditions were not fulfilled on the following grounds:

(i) Aid would not be provided to any financial institution that was in difficulty.

(ii) The measure was open to all banks so it was not possible to provide an ex-ante assessment of the exact aid effect on each particular bank.

This relatively unimportant case demonstrates vividly how intertwined are State aid rules, Directive 2014/59 on bank recovery and resolution and, also, Regulation 806/2014 establishing the Single Resolution Mechanism. The Directive and the Regulation have created new concepts – “extraordinary public financial support” in the case of Article 2 of the Directive and “Fund aid” in the case of Article 19 of the Regulation. Yet, regardless of whether these types of aid are granted at supra-national level, compliance with state aid rules is mandatory, and vice versa.

In summary, the Commission decided that i) there was no aid for individual borrowers;  ii) there was de minimis for micro-enterprises; and iii) the indirect aid to banks was compatible with the internal market on the basis of Article 107(2)(a) and Article 107(3)(c).

Commission decision SA.43886 approved the liquidation of the Cooperative Bank of Peloponnese.[2] This decision was reviewed in detail in an article that was posted on 18 April 2016 [http://stateaidhub.eu/blogs/stateaiduncovered/post/5971].

The Bank was split into two. Liquid assets [i.e. cash] and liabilities [i.e. deposits] were sold to another bank through an open, transparent and unconditional process. Other assets such as loans and branches, including their employees, remained with the bank which was put into insolvency and had its banking licence withdrawn.

The Commission concluded that no State aid was involved for the following reasons:

i) The liquidated part of the bank was no longer active on any market, so there was no distortion of competition.

ii) The part of the bank that was sold to a new owner had not economic continuity with the Bank of Peloponnese. The cash and the deposits were not economic activities, therefore, any public assistance they received could not be classified as State aid.

iii) The new owner paid a competitive price, therefore, it did not derive any undue advantage in the meaning of Article 107(1).

A point mentioned in the Commission decision, which was not examined in the article of 18 April 2016, but deserves to be raised here because it also relates to the assessment of the Cypriot measure is that in the Greek case the Commission concluded that there was no need to consider any conflict with the provisions of Directive 2014/59. This was because the resolution was not State aid. This does not mean that Directive 2014/59 is irrelevant. It only means that in the absence of any State aid, the compliance of a Member State with its provisions cannot be assessed on the basis of a State aid procedure. For this reason the Commit was not necessary to examine any compatibility with the internal market.  As the Commission observed, “(56)[…] the Commission does not have to assess in this decision whether that measure breaches any intrinsically linked provision of Directive 2014/59.”

In general, however, the Directive requires compliance with State aid rules whenever resolution involves State aid. Recitals 47 and 55 of the Directive are very clear:

(47) “When the use of the resolution tools involves the granting of State aid, interventions should have to be assessed in accordance with the relevant State aid provisions. State aid may be involved, inter alia, where resolution funds or deposit guarantee funds intervene to assist in the resolution of failing institutions.”

(55) “The use of extraordinary public financial support, resolution funds or deposit guarantee schemes to assist in the resolution of failing institutions should comply with the relevant State aid provisions.”

Two points are worth repeating. First, the Cypriot measure and the resolution of the Bank of Peloponnese show that Member States can help vulnerable citizens, struggling small companies and savers without granting State aid.

Second, when the restructuring or resolution of a bank involves State aid, Member States need to comply with both State aid rules and Directive 2014/59.