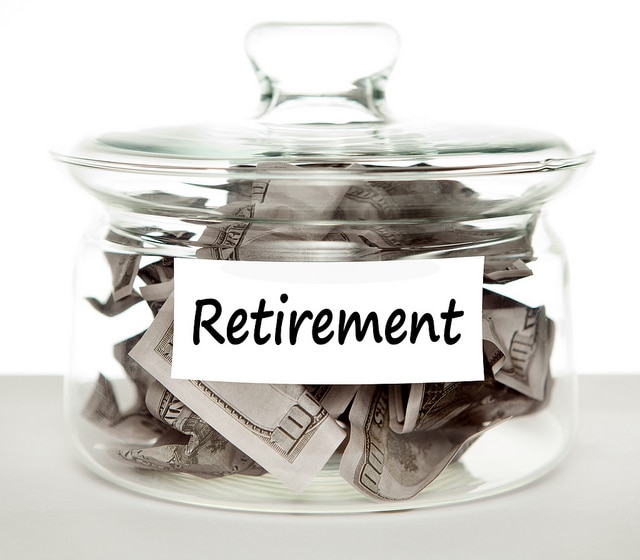 The normal costs of an undertaking include all the costs of compliance with the obligations imposed by law. A private investor takes into account all the relevant information at the point in time it decides to invest.

The second judgment is the last instalment of a long saga that started in 2002 when France Télécom, the predecessor of Orange, was in financial trouble and the French government declared its readiness to save the company. The Commission thought that the public statements by the French economics minister amounted to State aid. The General Court and now the Court of Justice have held that the Commission failed to prove that those statements in fact conferred an advantage for France Télécom.

The judgment of the General Court was reviewed here on 16 March 2015 (View http://stateaidhub.eu/blogs/stateaiduncovered/post/1739).

When France Télécom was set up as a public limited company distinct from the state in 1991 it was also relieved from certain contributions it was previously required to make in connection with the pensions of its employees who had civil servant status. The Commission found that the public financing of the pensions of civil servants working for France Télécom was State aid.

However, the Commission approved the aid on condition that it was adjusted so that it would comply with the principle of proportionality. The proportionality of the aid was to be achieved by capping the amount of aid to the difference between the costs of “normal” pensions and the costs of the civil servant pensions.

An interesting aspect of the proceedings before the Court of Justice was a request by the lawyers of Orange to reopen the oral procedure after the judgment of the General Court of 14 July 2016 in case T‑143/12, Germany v Commission. The Court of Justice rejected the request of Orange. The case T-143/12 was reviewed here on 6 October 2016 (View http://stateaidhub.eu/blogs/stateaiduncovered/post/7234). As it may be recalled, the issue at hand in that case was whether the compensation of Deutsche Post for the extra costs of pensions for employees with civil servant status was State aid. The General Court concluded that the compensation was not State aid because Deutsche Post was burdened with a cost that its competitors did not have to bear.

Existence of an advantage

The first plea of Orange was that the aid compensated for its structural disadvantage in relation to its competitors.

The Court of Justice first observed that the arrangements for the retirement pensions of France Télécom civil servants were legally distinct and clearly separate from the arrangements applicable to ordinary employees. Hence, the aid measure “had not removed an abnormal burden borne by the budget of that undertaking or reverted to the normal arrangements.” [Paragraph 29]

The Court of Justice went on to state that “30 […] the General Court did not err in law in finding, […] that the measure at issue was [not] intended to prevent France Télécom [from] being subject to a charge which, in a normal situation, should not be borne by its budget”. Hence, the pension arrangements for employees with civil servant status “33 […] did not introduce derogating arrangements, as the contributions to the pensions of civil servants had not previously been subject to the ordinary arrangements for pension contributions.”

In response to the argument by Orange that the measure in question intended to place France Télécom in the same situation as that of its competitors, the Court of Justice reiterated that Article 107(1) TFEU did not distinguish between public measures by reference to their causes or their aims but defined them in relation to their effects [paragraph 39]. The effect of that measure was to reduce the costs borne by France Télécom.

In the earlier case before the General Court, Orange referred to the judgments in case T‑157/01, Danske Busvognmænd v Commission and in case T‑254/00, Hotel Cipriani v Commission, in support of its claim that an advantage eliminating extra costs which were not borne by competing undertakings did not constitute State aid. According to Orange, this was only compensation for a structural disadvantage. The General Court rejected that claim because only compensation for public service obligations could fall outside Article 107(1) TFEU.

The Court of Justice confirmed that “44 […] it is clear that, to date, the only situation recognised by the Court’s case-law in which the finding that an economic advantage has been granted does not lead to the measure at issue being categorised as State aid within the meaning of Article 107(1) TFEU is that in which a State measure represents the compensation for the services provided by undertakings entrusted with performing a service in the general public interest in order to discharge public service obligations, in accordance with the criteria established in the judgment of 24 July 2003, Altmark Trans”.

In the earlier case, the General Court had also found that the measure in question affected only France Télécom and that, as a result, it was selective. According to the General Court, it was not necessary to compare France Télécom with other undertakings in a comparable factual and legal situation. This is because the aid measure was ad hoc, it concerned just one undertaking and was intended to reduce the costs of certain obligations which were specific to that undertaking.

The Court of Justice considered the view of the General Court to be consistent with the case law [in this connection, please see the determination of selectivity of ad hoc measures addressed to a single undertaking in case C‑15/14 P, Commission v MOL].

The Court of Justice also dismissed the arguments of Orange that the aid did not affect trade or distort competition. “65 […] the fact that an economic sector has been the subject of liberalisation at EU level may serve to determine that the aid in question has a real or potential effect on competition and affects trade between Member States”.

“66 With regard to the requirement that competition should be distorted, it must be borne in mind in that regard that, in principle, aid intended to release an undertaking from costs which it would normally have to bear in its day-to-day management or normal activities distorts the conditions of competition”.

The Court of Justice also considered several pleas concerning the compatibility of the aid with the internal market, but rejected all of them.

30 November 2016, the Court of Justice rendered its ruling in case C‑486/15 P, Commission v France.[2] The Commission appealed against the judgments of the General Court of July 2015 in cases T‑425/04 RENV, France v Commission and T‑444/04 RENV, Orange v Commission. These judgments were reviewed here on 2 September 2015 (View http://stateaidhub.eu/blogs/stateaiduncovered/post/3627).

In those judgments, the General Court annulled Commission decision 2006/621 in which it had found that France had granted State aid to France Télécom (which later was renamed Orange).

France Télécom [FT] was established in 1991 as a public law corporation. In 2002, France owned about 54% of the shares of the company. In June 2002, the net debt of FT reached EUR 70 billion. In July 2002, the French minister for the economy issued a public statement in which he declared the readiness of the government to support FT. Additional public statements in support of FT were made in September and October 2002. In the meantime, the CEO of FT was replaced and a restructuring process was initiated. In December 2002, the French government, as a shareholder, offered a shareholder loan of EUR 9 billion to FT. However, FT did not take up the offer. As a result of the public statements and the initiation of restructuring operations, the credit rating of FT improved and FT was able to borrow on the international financial markets.

Both France and FT appealed. In its judgment of 21 May 2010 in case T-425/04, France v Commission, the General Court annulled the Commission decision on the grounds that the public statements could not be classified as State aid because no state resources had been transferred. The General Court dealt explicitly with the issue of public statements and held that comments by ministers do not necessarily commit state resources, since budgetary outlays can only be authorized by parliament.

First, the Court of Justice explained that several state interventions which are closely linked, by their purpose and intention, can in fact be considered as a single intervention. Therefore, the public statements of July, September and October and the loan of December 2002 were one and the same measure. Second, the advantage that is obtained by a company is not necessarily equal to the amount of state resources which are put to its disposal. FT derived an advantage from the improvement in its credit rating whose monetary value was indeterminate but did not have to correspond to the shareholder loan that was offered by the French government. Third, state resources are transferred in the meaning of Article 107(1) TFEU when the state is committed to grant them even if in the end the intended beneficiary does not actually receive them. Unfortunately, the Court of Justice did not assess the innovative approach of the General Court with respect to public statements.

The case was returned to the General Court which, on 2 July 2015, in case T-425/04 RENV, annulled again the 2006 Commission decision. This time, however, the General Court found that the Commission had not correctly applied the Market Economy Operator Test (or the Market Economic Investor Principle). According to the General Court, the Commission focused only on the public statements which were made before FT initiated restructuring measures and failed to determine whether by October/November 2002, its situation had changed and its prospects had improved so that by December 2002 a prudent market operator would have been willing to invest in FT.

The Commission’s appeal was dismissed on 30 November 2016 by the Court of Justice. This means that the 2006 Commission decision is definitively annulled.

On these grounds, the Court of Justice concluded that the Commission failed to take into account all relevant facts, as it is required by the case law on the MEOT/MEIP. Therefore, the Commission could not contend that the loan of December 2002 did not satisfy the MEOT/MEIP simply because the statements of July-October 2002 appeared not be based on a sound ex ante study of the financial prospects of FT. Consequently, the Court of Justice promptly proceeded to dismiss the appeal.