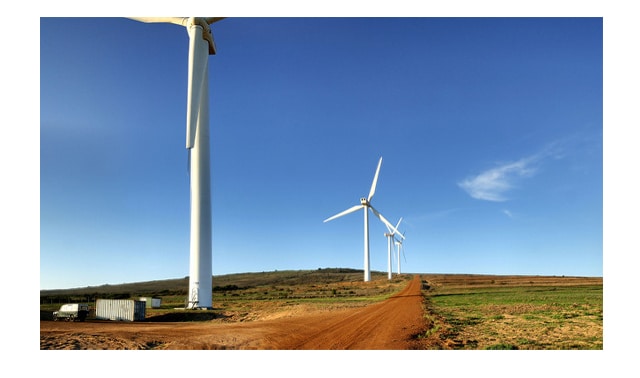 We are happy to welcome Dr Michał Bernat on the State Aid Blog today. He is a legal and tax adviser and State aid expert at the Dentons offices in Warsaw. Today he shares his insights on a decision in a case involving Polish green certificates issued to producers of energy from renewable energy sources. Read on to learn more.

On 2 August 2016, the Commission issued its long-awaited and precedent-setting decision in a case involving Polish green certificates issued to producers of energy from renewable energy sources (RES), following complaints filed as from 2013 in respect of co-firing and hydropower technologies. The Commission concluded its proceedings, extended since then into all RES technologies, at the preliminary examination stage, deciding that the green certificates did involve State aid. However, the Commission held that that aid was compatible with the internal market and decided not to raise objections.

The programme reviewed by the Commission was essentially based on certificates, shaped by the national legislation to be tradable in the market. They were issued to energy producers in respect of the RES energy they generated. Polish laws also required certain businesses to acquire these certificates up to certain levels (quotas), or instead pay a penalty fee, generally used by the authorities to fund other environmental investments. Only one other benefit was offered to the RES producers – selected utilities had the public duty to offtake RES-generated electricity at an average wholesale market price calculated and published annually by the National Regulatory Authority, while RES producers were free to sell their electricity to purchasers of their choice. In particular, no feed-in tariff or guarantee of the green certificates price was provided.

As long as the penalty fee, fixed by the authorities, was in excess of the green certificates price, the committed entities tended to acquire the certificates providing the RES energy producers with cash flow to supplement the proceeds from RES sales and to assure the bankability of RES projects. The support scheme did not discriminate between RES producers; intensity of support measured in certificates issued per MWh of generated RES electricity was exactly the same for any eligible technology. However, due to the open nature of the certificate system, over time the supply of certificates exceeded statutory quotas and the market for green certificates proved to be volatile. In the absence of any specific intervention from the government, prices declined over time, leading to levels currently considered by RES producers to be unsatisfactory, if not unsustainable.

Under these circumstances the Commission’s decision is of obvious importance for the Polish energy market, which had been awaiting the Commission’s conclusions on the case with some concern. Admittedly, it had been common to believe (for various reasons ranging from technical arguments to policy considerations) that the Commission’s decision would eventually be positive. However, the lack of a formal act terminating the Commission’s proceedings did appear as an impediment and, in particular, had tangible detrimental effects on various transactions involving Polish energy assets. It also added to a variety of other measures, regulatory or financial, recently implemented by the Polish authorities and perceived by part of the RES industry as having a telling harmful impact on their projects.

However, the Commission’s decision is interesting for a number of other reasons, which will only be outlined below.

The protection of legitimate expectations is obviously one of the fundamental principles of the EU legal order and, as such, it has also been held as immensely relevant to State aid matters. In particular, the EU courts made it clear that an unexpected turn in the Commission’s approach towards a particular State aid issue, going against a sufficiently clear and unambiguous line of earlier decisions, cannot result in the recovery of aid from the beneficiaries. As the Commission’s track record indicates (see for instance the Commission’s decision of 2 August 2004 in State Aid implemented by France for France Télécom) in manifest cases the Commission itself has been as reasonable as to rule, where it experienced such a radical change of mood, that its new approach would not apply to the detriment of beneficiaries in receipt of aid previously granted.

Poland introduced its green certificates system without a prior notification in 2005, whereas in the preceding years the Commission explicitly held various similar aid programmes not to qualify as State aid at all. The Commission made it clear inter alia in the decision on the green certificates granted in the UK (N 504/2000 – United Kingdom – Renewables Obligation and Capital Grants for Renewable Technologies), Belgium (N 14/2002 – Belgique – Régime fédéral belge de soutien aux énergies renouvelables) or Sweden (N 789/2002 – Sweden – Green certificates). In addition, outside the formal procedures the Commission officials also provided certain parties from other Member States, upon their request, with comfort letters reiterating that no aid would be found in case of the green certificates available in their respective jurisdictions. The Commission’s approach was largely inspired by the PreussenElektra judgement, although the latter concerned feed-in tariffs and not green certificates. However, that ruling indeed suggested that the award to RES producers, through national legislation, of the option to sell their output to mandatory purchasers does not engage any public funds and, consequently, does not constitute State aid either.

One could observe that over time, and in light of new matters submitted to the Commission’s appraisal (such as the emission allowances), the Commission became uncertain whether its earlier approach towards the green certificates was truly valid. Case law evolved likewise, including through cases such as Essent Netwerk Noord and Others (C-206/06), decided upon on 17 July 2008 by the Court of Justice of the European Union. The judges made a distinction from the PreussenElektra case in ruling that the mere fact of a publicly owned company being charged under national law with collection of funds and subsequently with the disbursement of payments from these funds to certain energy producers allowed for the imputation of these funds as originating from the State.

Under these circumstances the Polish authorities were rather discontented to learn of complaints claiming the Polish green certificates to qualify as State aid (incompatible with the internal market due to the alleged overcompensation inherent in the scheme at hand) and even more of the Commission’s view confirming that the scheme may indeed involve State aid. In that regard the Commission did not seem receptive to any arguments based on its earlier practice and proved determined to rule on the compatibility of the programme despite any such concerns. Also the breakthrough judgment of the Court of Justice in Vent De Colère and Others (C-262/12) dealing with feed-in tariffs, believed by many to undermine the PreussenElektra jurisprudence to a great extent, came to the aid of the Commission in that regard as it imposed a rather extensive notion of public resources in the context of public support schemes applied in the energy sector.

The Commission’s positive decision is currently rather unlikely to be challenged as far as the existence of aid is concerned and may thus be expected to stand out as a milestone in the Commission’s State aid practice in the field of energy. Therefore, most likely, we would not have the opportunity to see whether the legitimate expectations defence would be raised in litigation before EU courts and how it would be tackled by the Commission and received by the Court. The fact remains, however, that retroactive adjustment in the Commission’s practice concerning green certificates could just raise the judges’ eyebrows and warrant the annulment of the Commission’s decision. In addition, even though the decision is likely to remain uncontested in respect of the existence of aid, the legitimate protection argument could nonetheless resurface in  private enforcement cases.

On a practical note, the Commission’s decision in the Polish case seems to put an end to the debate on State aid classifications of green certificates, and it should also be taken into account in that capacity in any outstanding procedures pertaining to similar instruments (such as the Polish CHP certificates case still pending at the date of this entry). It may also impact on the identification of State aid in various instruments based on free-of-charge awards of specific benefits or entitlements – in the energy sector or well beyond it.