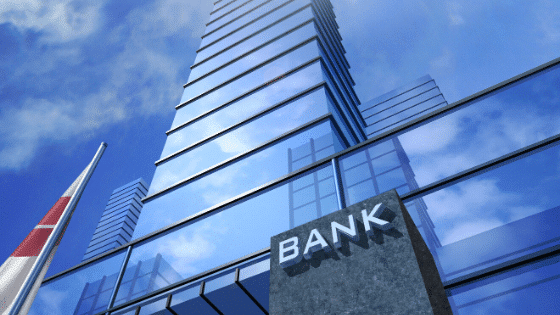 Introduction
The private investor principle (PIP) or market economy investor principle is well established in the case law. A closely related concept is the private vendor principle (PVP). The PIP applies when a public authority assumes risk by investing in an undertaking, for example through the purchase of shares, injection of capital, granting of a loan or provision of a guarantee. The PVP applies when a public authority reduces its risk exposure by, for example, selling capital assets or land. In either case such a public authority must disregard any public policy objective. In both cases the public authority must have a single purpose: obtaining a market rate of return or profit.The scope of the PVP has been further elaborated by the judgment of the Court of Justice that was rendered on 24 October 2013 in case C‑214/12 P Land Burgenland v European Commission.

Land Burgenland or the Province of Burgenland in Austria appealed against the judgment of the General Court of 28 February 2012 in case T‑268/08 Land Burgenland v Commission. The General Court had dismissed its action for the annulment of the Commission Decision 2008/719 of 30 April 2008, which had found that Austria granted incompatible aid in the process of the privatisation of Bank Burgenland. The Bank was wholly owned by the Province and enjoyed a state guarantee of its debts in case of default. This guarantee – the so-called “Ausfallhaftung” – had been the subject of Commission Decision C(2003) 1329 of 30 April 2003 [E 8/02]. In that Decision the Commission requested Austria to abolish the Ausfallhaftung.

The Province sought to privatise the Bank through public tender. In the end only two bidders participated: GRAWE, an Austrian financial institution, and an Austro-Ukrainian consortium. In March 2006, the Province sold the Bank to GRAWE for EUR 100.3 million despite the fact that the Consortium offered EUR 155 million. Selection criteria other than the price were heavily weighted in the sale decision. Those criteria were i) the reliability of the purchase payment, ii) the continued operation of the Bank while avoiding the use of Ausfallhaftung, and iii) capital increases and transaction security.

After a complaint by the Consortium, the Commission opened the formal investigation procedure. To determine whether GRAWE had received a selective advantage, the Commission examined whether the Province had behaved like a seller operating in a market economy [i.e. it applied the PVP]. Interestingly, the Commission observed that a private vendor might accept the lower bid instead of the higher bid in two situations.

The first is the situation in which it is obvious that the sale to the highest bidder is not realisable. The Commission did not find any reason to doubt that the Consortium could pay the purchase price of EUR 155 million. Moreover, there was no indication that the Austrian financial regulator would have prohibited the sale of the Bank to the Consortium.

The second situation covers the case where consideration of factors other than the price is justified, provided that the relevant factors are only those that would have been taken into account by a private vendor. In this instance the Commission thought that the potential liability to make a payment under Ausfallhaftung was not a relevant factor because it had already been classified as State aid. In other words, the Province, acting as a private vendor, had to ignore the liability which it had incurred as a public authority when it provided Ausfallhaftung.

When the Province appealed against the Decision of the Commission finding incompatible state aid, the General Court dismissed it in its entirety [T‑268/08]. It ruled that:

The Court of Justice, as normally, reiterated the relevant legal principles and confirmed that the General Court had correctly summarised the case law on the concept of PVP. The General Court in its judgment of 28 February 2012 explained in paragraph 155 that “when applying the private investor test, it is appropriate to draw a distinction between the obligations which the State must assume as owner of the share capital of a company and its obligations as a public authority”. Since Ausfallhaftung was state aid, i.e. an act of a public authority, it follows that, as the General Court observed in paragraph 158, “Ausfallhaftung was not entered into on normal market conditions and cannot, therefore, be taken into account in the assessment of the conduct of those authorities in the light of the private investor in a market economy test”.

The Court of Justice clarified that “in order to assess whether the same measure would have been adopted in normal market conditions by a private vendor in a situation as close as possible to that of the State, only the benefits and obligations linked to the situation of the State as shareholder – to the exclusion of those linked to its situation as a public authority – are to be taken into account”. “When carrying out that assessment, the manner in which the advantage is provided and the nature of the manner by which the State intervenes are irrelevant where the Member State concerned conferred that advantage in its capacity as shareholder of the undertaking concerned.” [paragraphs 52-53]

The onus of proof is on the member state that claims to be acting as a private investor. “If a Member State relies on a test such as the private vendor test, it must, where there is doubt, establish unequivocally and on the basis of objective and verifiable evidence that the measure implemented is to be ascribed to the State acting as shareholder”. [paragraph 57] “It may be necessary to produce evidence showing that the decision is based on economic evaluations comparable to those which, in the circumstances, a rational private vendor in a situation as close as possible to that of the Member State would have had carried out, before making the investment, in order to determine its future profitability”. [paragraph 59]

On the basis of this reasoning, the Court concluded that the Province did not put forward any evidence showing that the introduction or retention of Ausfallhaftung was based on economic evaluations carried out by the Province for the purpose of establishing its profitability.

It then turned its attention to the issue of the evaluation of the Bank’s market price. The relevant principle in this respect is that “the market price is the highest price which a private investor acting under normal competitive conditions is ready to pay for a company in the situation it is in”. [paragraph 92] This means two things: i) expert valuations are not relevant, if there is a genuine market price, and ii) the price reflects the real or actual value of the company, not some ideal value.

The question that often arises is how the market price can be established. The answer is that where a sale of an asset is “by way of an open, transparent and unconditional tender procedure, it can be presumed that the market price corresponds to the highest offer, provided that it is established, first, that that offer is binding and credible and, secondly, that the consideration of economic factors other than the price is not justified.” [paragraph 94] In these circumstances, it is not necessary to resort to other methods in order to check the market price, such as independent expert studies.

Moreover, “the private market-economy vendor will opt in principle for the highest offer, where that offer is binding and credible, regardless of the reasons which led the potential buyer to submit that offer” [paragraph 99]. A genuine market vendor accepts the highest bid without being concerned that the highest bidder may have made a mistake in its valuation or the amount is “exorbitant” or over-optimistic about the prospects of the company.

In response to an argument put forth by the Province that different bidders may derive different advantages and disadvantages from the various conditions of the sale, the Court of Justice clarified that “where an undertaking is bought at the highest price which a private investor acting under normal competitive conditions was ready to pay for that company in the situation it was in, that company is valued in every respect at the market price and the acquirer cannot be regarded as having benefited from an advantage in relation to other market operators”. [paragraph 117]

How to organise a state-aid-free sale of public assets

The three documents we have now at our disposal [i.e. the initial Commission Decision 2008/719, the judgment of the General Court in T‑268/08 and the judgment of the Court of Justice in C‑214/12 P (together with the landmark rulings in C‑278/92, Spain v Commission; C‑334/99, Germany v Commission and C‑124/10 P, Commission v EDF)] provide extensive guidance on how sale of public assets can be organised so that it is free from State aid.

The following conditions must hold:

Lastly, when a public authority claims that it is acting as a private investor it must provide credible and objective evidence of future profitability on the basis of an ex ante study [i.e. before the investment is actuall