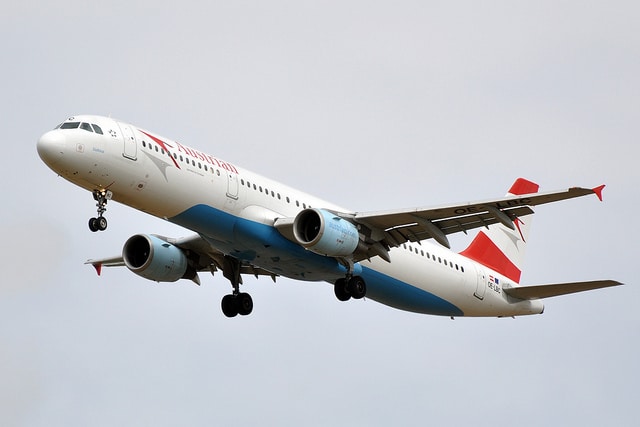 Restructuring aid can finance any part of a restructuring plan. Compensatory measures initiated before the granting of restructuring aid can be taken into account as long as they are linked to the restructuring itself. Member States have to comply with the conditions defined in Commission decisions. They cannot justify non-compliance on the grounds of domestic institutional difficulties. Regional authorities that grant aid can be indirectly involved in State aid procedures between the Commission and Member States only through close cooperation with their own national authorities. They can also submit comments like any other interested party.

On 13 May 2015, the General Court ruled in case T‑511/09, Niki Luftfahrt v Euroepan Commission.[1] Niki Luftfahrt [NL] appealed against Commission decision 2010/137, which approved restructuring aid for Austrian Airlines [AA]. The restructuring aid, amounting to EUR 500 million was granted in the context of the acquisition of AA by Germany’s Lufthansa. Lufthansa paid EUR 0.37 million to the state agency that held AA’s shares. The decision was conditional primarily on reduction by AA of its capacity, in terms of seats/kilometre, by 15%. NL appealed against the decision claiming, among other things, that the Commission did not assess correctly the compensatory measures offered by AA and that the real beneficiary was Lufthansa which was not an undertaking in difficulty.

The General Court first examined the claim of NL that the Commission did not consider the state of the market and that compensatory measures offered by AA were inadequate. The Court recalled that the Commission is obliged to provide sufficient explanation of its assessment so that EU courts can check its legality and that interested parties can understand it and protect their rights. The Commission’s explanation, however, does not have to refer to all substantive and legal issues or to deal with all the arguments of the parties involved. It is required only to present those facts and legal reasoning which have a decisive impact on its decision. [Paragraphs 104-16]

The Court rejected NL’s claim. It found that the Commission concluded that AA had to reduce its capacity by 15 % precisely because it had examined the situation of the market at that time [paragraph 107]. With respect to the adequacy of the compensatory measures, the Court decided to examine them in relation to the claim that the Commission erred in concluding that the restructuring was compatible with the internal market.

Then the Court turned its attention to the plea that the Commission should not have allowed the aid because it infringed the principle of “one aid, last aid”, given that AA had received, according to NL, multiple aid awards in the past. On this point, the Court noted that the Commission did indeed examine whether AA had received restructuring aid and concluded that it had not. This indicates that restructuring aid has to be separated from any other kind of aid received by an undertaking that implements a restructuring plan that is partly funded by public money.

In relation to the plea that the real beneficiary was Lufthansa which was not an undertaking in difficulty, the Court first recalled that the provision of goods or services at a preferential rate can be State aid. In this case it was necessary to determine whether the sale price corresponded to the market price and in order for the Commission to find out it had to apply the principle of the private investor [paragraph 124]. The Court acknowledged, however, that given the complexity of this assessment, the Commission enjoyed a certain degree of discretion.

The Court agreed with the Commission that the amount of EUR 0.37 million corresponded to the market value of the shares of AA at the time. In injecting EUR 500 million in AA to cover its liabilities, Austria did not act as a private investor because a private investor would have preferred to close down the company [paragraph 137]. This indeed was the finding of the Commission.

Then the Court examined NL’s plea that AA had not made a sufficient contribution to the restructuring plan from its own funds. The Court rejected this plea. Interestingly, the Court proved that AA made a sufficient contribution by quoting paragraph 307 of the Commission’s decision which omitted the precise numbers because they were business secrets, but in the text of the judgment the numbers were included. The relevant paragraph is copied below with the numbers inserted as they appear in the text of the judgment:

“The Commission has reached the conclusion that the total overall restructuring costs will amount to approximately EUR [1405] million (or EUR [1048] if Lufthansa does not reduce Austrian Airlines’ debts by EUR [357]), while the level of own contribution (contributed jointly or severally by Austrian Airlines and/or Lufthansa) amounts to EUR [905] (or EUR [548]). This amounts to 64% (or 52%) of the restructuring costs. The Commission can therefore conclude that the requirement to make a sufficient own contribution to the restructuring costs has been met in the present case.”

The next plea of NL was that the aid was wrongly used and that AA’s compensatory measures were insufficient. NL argued that the aid was used to offset AA’s debt while AA’s own contribution was used primarily to finance the restructuring. NL was of the opinion that the aid should have been used for the restructuring. The Court noted that every restructuring plan contained an operational part and a financial part. The operational part concerns the objectives and process of re-organisation and rationalisation of operations while the financial part concerns the injection of new capital or reduction of debt. State aid rules do not require that aid is granted to a specific part of the restructuring plan. Hence, the Court concluded that the use of aid to bring down debt was in conformity with the rescue and restructuring guidelines. [Paragraphs 180-183]

With respect to the compensatory measures, NL alleged that they were insufficient because some of them were undertaken before the Commission approved the restructuring aid. The Court explained that the Commission was at liberty to take into account measures initiated by AA to reduce its capacity before the time of the formal approval of the aid, as long as those measures were part of the same restructuring plan. [Paragraph 208]

The last plea of NL was quite novel. It argued that the Commission could not approve aid as being compatible with the internal market when it was linked to maintenance of time slots that had been awarded to AA on the basis of nationality. That constituted discrimination that was prohibited by Article 49 TFEU that protected the right of establishment.

The Court recalled that the Commission must ensure compliance of State aid with internal market rules because both State aid rules and internal market rules aim to prevent distortions to competition [paragraph 215]. The Court noted, however, that maintenance of time slots was not a condition for the award of the aid. Lufthansa, as the new owner of AA, may have benefited from those time slots, but since they were not linked to the aid measure, the Commission could not be faulted for approving the aid contrary to Article 49. [Paragraph 217]

On the basis of the above reasoning and findings the General Court rejected the appeal brought by Niki Luftfahrt.

On 6 May 2015, the Court of Justice delivered a judgment in C-674/1, European Commission v Federal Republic of Germany.[2] The Commission initiated the proceedings against Germany on the grounds that Germany failed to implement Commission decision 2012/636 which instructed Germany, first, to determine whether the delivery by Deutsche Post of packages from business to business was a market that was separate from the regulated delivery of packages and, second, to recover incompatible State aid granted to pensions of Deutsche Post personnel involved in the business to business delivery. The reason was that decision 2012/636 made a distinction between reimbursement of costs of personnel working in regulated market segments and in unregulated market segments. The Commission recognised the former as being compatible aid, while the latter was deemed to be incompatible aid. It is worth noting that both Germany and Deutsche Post appealed separately against the Commission. Both appeals are still pending.

The Court of Justice dismissed all arguments of Germany that it could not carry out the market definition that was required by the Commission. The Court in particular rejected as irrelevant the German claim that market definition was the task of the German regulator. The Court reiterated that Member States may not plead difficulties under national law, even constitutional law, in order to avoid compliance with their obligations under EU law. [Paragraph 59]

On 19 May 2015, the General Court rendered its judgment in case T-397/12, Basque Regional Government v European Commission.[3] The Basque government asked for annulment Commission decision SA.28356 concerning two agreements between Bizkailur, a company owned 100% by the Basque government, the Basque Habidite Technologies, the Business Group Afer and Grupo Habidite. The agreements were signed in 2006 but notified in 2009 for purposes of legal certainty. When the Commission looked into the agreements it found aid that it had not been notified about earlier. It concluded in 2012 that the agreements contained State aid some of which was compatible with the internal market and some of which was incompatible and had to be recovered. The incompatible aid was investment aid that exceeded the allowable ceiling under the regional guidelines and operating aid.

The object of the agreements was the establishment of a factory for prefabricated construction modules that could be used in homes and buildings. The regional government agreed to purchase a number of homes that were sold subsequently in a social housing scheme.

Under the first agreement, the regional government and Bizkailur undertook to acquire land for industrial use and adapt it to the needs of the factory and to transfer it to Habidite for a price equivalent to the actual cost borne by Bizkailur.

Under the second agreement, the regional government would buy a total of 1500 units which was subsequently sold for social housing purposes at a price set by the Department of Housing and Social Affairs of the Basque government. Habidite received approximately 83% of the retail price charged by Bizkailur and 100% of the price for other structures (garages, storage, etc.). The regional government retained approximately 17% of the retail price.

The Basque government made a number of pleas of which the most interesting are the following two. First, it argued that the Commission was wrong to classify the aid as illegal. The General Court observed that aid is considered to be granted when the public authority concerned adopts a legally binding act. In this case, the binding act was in the form of the two agreements that were signed in 2006. Therefore aid was granted in 2006 and not in 2009 when the agreements were notified to the Commission. [Paragraphs 33-34]

Another plea was that the procedural rights of the regional government were violated because it was not directly involved in the State aid proceedings and it had not been informed about the investigation directly by the Commission. The Court recalled that the administrative procedure regarding State aid is opened only against Member States. In other words, regional authorities have to cooperate with the central authorities of their countries if they want to be kept closely involved in that procedure. The Court also noted that when the Commission opens the formal investigation procedure any interested party can submit comments. Therefore, the regional government had an opportunity to make its views known to the Commission. The fact that the notice concerning the investigation is published in the Official Journal and not sent directly to any interested person was not considered by the Court to be a violation of the rights of the Basque government. Moreover, the problems encountered by the Basque government in its dealings with the central government, which was the interlocutor of the Commission, were not considered relevant by the Court. [Paragraphs 55-56]