Sie befinden sich hier: Lexxion > State Aid Blogs > State Aid Uncovered > Simultaneity of Investments by Public and Private Investors is a Necessary but not Sufficient Condition for Public Investments to be Free of State Aid 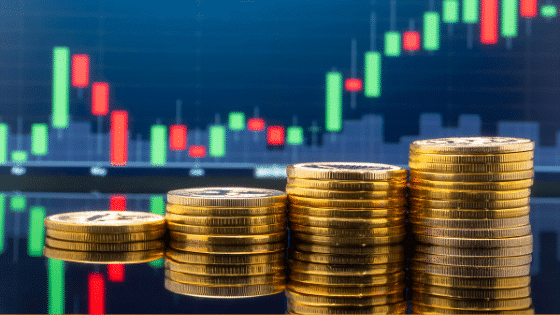 If a public authority guarantees a loan to a company that is in financial difficulty and charges a low premium, the whole loan, not just the difference between the market rate of premium and the rate actually charged, will be considered to be State aid. Simultaneous capital injection by public and private investors is not enough to eliminate State aid if the private investor is also a creditor to the company that has received the capital. Incompatible aid has to be recovered even from a company that is an empty shell and has hardly any assets of any value.
Introduction
In this article I review Commission Decision 2014/539[1] on State aid to Larco, a Greek, state-owned mining company. This company was the subject of another Commission Decision that was reviewed in the blog in August.[2] The earlier Decision concerned the sale of parts of the company. The Greek authorities persuaded the Commission that they had put in place arrangements to exclude the inadvertent granting of any State aid to the buyers of certain assets of the company. Of course, that left the company with its liabilities and the various measures of public support that the Commission had to examine in this Decision whether they contained State aid and, if yes, whether the aid was compatible.Here is a summary of the background of this case. The company was owned by the Greek state whose shareholding amounted to 55%. The company appeared to have benefitted from six different measures [these six measures were the subject of the new Commission Decision]:

The first issue in the Commission’s assessment was whether Larco was a viable company or not. Since it had lost more than half of its capital and its debt kept rising, the Commission concluded that it was a company in financial difficulty. This finding determined the economic rationality of the six measures taken by the state in Larco’s favour.

Measure 1: The Commission concluded that the debt arrangement of 1998 did not constitute State aid because the terms of the arrangement were the same as those that would apply to other tax debtors [despite the fact that later on Larco stopped servicing that debt].

Measure 2: The 2008 guarantee was State aid because the market would not have provided a guarantee at a premium of only 1% to a company in financial difficulty. The amount of State aid was the whole amount of the loan covered by the guarantee.

Measure 3: In view of the financial situation of the company and the absence of any restructuring plan, the capital injection was found to be State aid whose amount was equal to the amount of the new capital. Interestingly, the Commission rejected the Greek argument that the simultaneous capital contribution by a private investor proved the economic rationality of the capital increase. The Commission referred to the judgment of the General Court in case T-565/08, Corsica Ferries v Commission, according to which “simultaneity cannot in itself, even where significant private investments have been made, suffice for a finding that there has been no aid within the meaning of Article 107(1) TFEU without taking into consideration the other relevant facts and points of law.” [paragraph 122]

This is an important clarification on the role of simultaneity. According to the General Court in the Corsica Ferries case, simultaneity creates a presumption but no proof that there is no State aid. All relevant factors must be taken into account. Indeed, the other investor was also a creditor of Larco and its investment was also intended to protect its other interests in Larco.

This raises an important question: Would a prospective investor who is also creditor value the capital injection differently? Under normal conditions, the answer is in the affirmative. To see why, consider an investment in the form of capital injection of EUR 1. Assume that there is a 60% probability that the investment will generate a return of 60%. That is, given the precarious situation of Larco, there is only a 60% chance that one euro will become 1.60. Normally, a return of 60% is impressive. But now the expected pay off, given the probability of success, is only 1.60 x 0.6 = 0.96. No rational investor would commit one euro to get back only 96 cents. But since our investor is also a creditor who will lose with 100% certainty the pervious loan he had granted to Larco, he will now also take into account the loss of the loan. If he does not invest, he loses, say, EUR 0.10 of a loan. If he invests, he gets back 0.96 + 0.10 = 1.06. Therefore, the investment of EUR 1 returns EUR 1.06. The General Court and the Commission have correctly concluded that a simultaneous investment would be valued differently by a private investor that has more to lose than just the amount of capital he injects.

Measure 4: Since the premium for the 2010 guarantee was just 2% p.a., the Commission concluded again that no private investor would offer a guarantee at such a low premium given Larco’s financial situation. The whole amount covered by the guarantee constituted State aid.

Measure 5: Because Larco was able to offer the letter of guarantee following a court decision and because the court had applied the same criteria as they would apply to any other company in the same situation, the Commission accepted that Larco did not obtain a selective advantage and therefore, the measure did not constitute State aid.

Measure 6: Similarly to the other two measures involving guarantees, the Commission found that this measure was also State aid because no private investor would offer a guarantee at a mere 1% premium to a company in Larco’s dire financial situation.

In conclusion, the total amount of State aid received by Larco through measures 2, 3, 4 and 6 was EUR 135.8 million.

Compatibility of the State aid with the internal market

The Greek authorities chose to argue that the measures above did not fall within the scope of Article 107(1). That was a risky strategy. Perhaps they felt that they could not prove that the State aid was compatible with the internal market. At any rate, they did not provide the Commission with any argumentation or evidence that the measures were compatible with any of the State aid rules.

In the absence of any information on the compatibility of the State aid, the Commission considered whether it fulfilled the requirements of the rescue and restructuring guidelines. Since Larco had not drawn up any restructuring plan, offered no compensatory measures and provided no proof that the aid was the minimum necessary, the Commission easily reached the conclusion that the conditions of the rescue and restructuring guidelines were not satisfied. As a result, the aid was incompatible with the internal market.

Unavoidably, the Commission requested Greece to recover the incompatible State aid. However, as was noted recently in another article on this blog, Larco has in the meantime been sold. The Greek authorities notified the sale to the Commission because they wanted a declaration from the Commission that the sold assets would be free of State aid. Indeed, in its Decision SA.37954[3], the Commission found that no State aid would be passed on to the new owner as long as the assets were sold at market prices and the new company had no links to the old company. This means what remains of Larco is a largely empty shell with most of the liabilities but hardly any assets. Under these conditions, recovery will not amount to much. Yet, recovery still has to be carried out. There is little doubt that Larco will eventually be forced into liquidation, if that has not already happened. But that is the natural consequence of recovery of incompatible aid from a company that runs into debt.