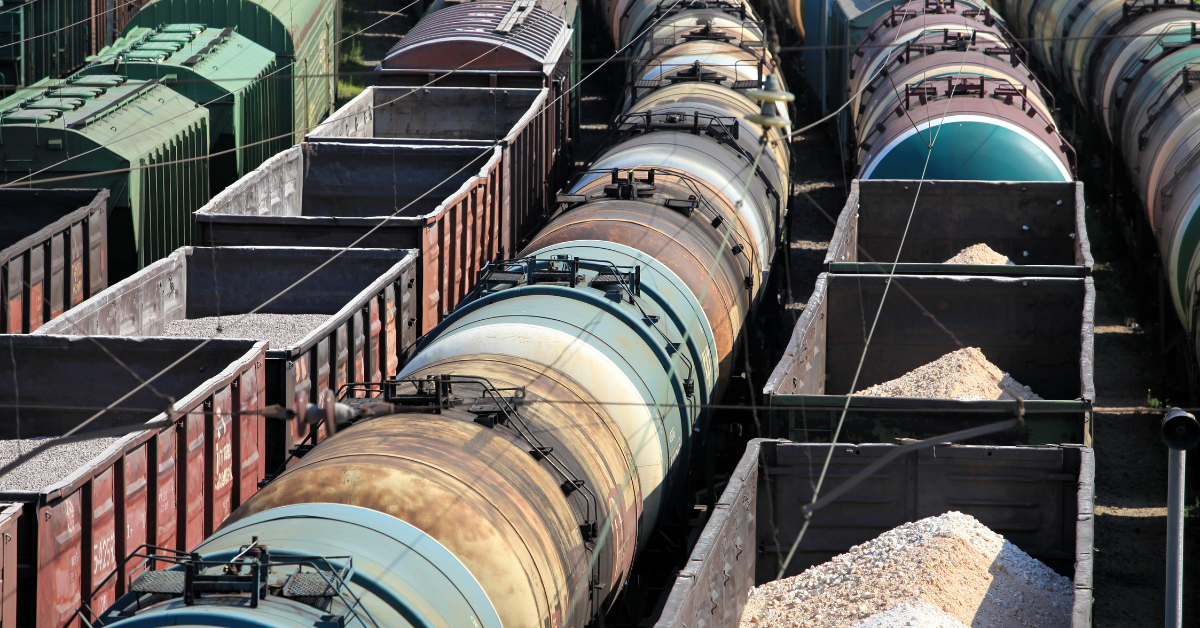 State aid may be granted to reduce the difference in “external” costs caused by different modes of transport.

Member States have used money from the Recovery and Resilience Fund [RRF] to support the development of less polluting and more energy efficient activities and technologies. A case in point is Spain’s scheme that incentivises the transfer of freight traffic from road to rail. The European Commission recently approved the scheme in decision SA.100486. The State aid was found to be compatible with the internal market on the basis of Article 93 TFEU and in conjunction with the railway guidelines.

According to Article 93, State aid is compatible “if [it] meet[s] the needs of coordination of transport or if [it] represent[s] reimbursement for the discharge of certain obligations inherent in the concept of a public service.” In this particular case, the aid was granted for the “needs of coordination of transport”. The beneficiaries were rail companies operating in Spain.

What makes this measure rather unusual is not so much its legal basis but the way by which the amount of necessary aid was calculated.

The Commission decision also indicated that “(22) according to the Spanish Rail Observatory, the total costs of rail transport per tkm is EUR is 0.0269”. Users of rail transport should have been charged at least EUR 0.0269 per tkm to internalise costs.

The aid amount was linked not only to the difference in external costs between road and rail but also the environmental impact of the fuel used by train engines [diesel or electric] [see paragraph 23 of the decision].

To incentivise rail companies to make their services more attractive, the aid was in addition linked to the achieved increase in transported freight. “(24) The concrete aid amounts per beneficiary will depend on the freight rail traffic increase declared by the applicants based on the following system. The aid amounts are calculated by reference to the rail freight traffic carried out by the beneficiary in the preceding year. If there is no traffic increase compared to the previous year, the beneficiary will only receive 25% of the maximum aid amount. If the rail traffic has decreased, no aid will be granted. By contrast, the maximum aid amount will be obtained if at least an 8% rail traffic increase has been achieved compared to the previous year. Between a traffic growth of 0% and 8%, the aid amount will be computed following a lineal proportion between the minimum and maximum values.”

“(26) In order to achieve an increase of rail traffic, and consequently, a lasting modal shift, railways undertakings have to reflect the aid either in the price or by better service conditions in general, thus incentivising the customers to choose rail over other means of transport.”

Spain also committed to request repayment of the aid if the recipient rail companies would not achieve any increase in traffic. [para 29]

The scheme constitute State aid as there was no doubt that all of the criteria of Article 107(1) TFEU were satisfied. The fact that the aid was financed by the RRF was not relevant. It funding did come under the control of the state and the scheme was attributed to the state.

First, the Commission noted that with respect to Article 93 TFEU “(46) measures for the coordination of transport may be needed when certain modes of transport do not bear the costs of the negative externalities that they impose on society.”

Then the Commission referred to its communications on “The European Green Deal” and on “Sustainable and Smart Mobility Strategy – putting European transport on track for the future” both of which encouraged greater use of trains for the transportation of freight. [para 47]

“(50) According to point 95 of the Railway Guidelines, aid that meets the needs of transport coordination is in principle considered compatible with the TFEU. Point 96 of the Railway Guidelines provides that for a given aid measure to be considered to “meet the needs” of transport coordination it has to be necessary and proportionate to the intended objective. Furthermore, the distortion of competition, which is inherent in the aid must not jeopardise the general interests of the European Union. According to point 97 of the Railway Guidelines the aid scheme to be limited to a maximum of five years, in order to allow the Commission to re-examine it in the light of the results obtained and, where necessary, to authorise its renewal.”

“(51) According to point 98 of the Railway Guidelines, aid for the needs of transport coordination can take several forms including aid for reducing external costs, designed to encourage a modal shift to rail because it generates lower external costs than other modes of transport such as road transport.”

Then the Commission examined in more detail the claimed external costs savings.

“(52) The transport sector entails major negative externalities, both as regards individual users (congestion, accidents) and society as a whole (pollution). As a result, there may be disparities between the different modes of transport, which it may be appropriate to correct by way of public support for those modes of transport that give rise to the lowest external costs.”

“(53) The Railway Guidelines state in point 103 that “as regards aid for reducing external costs, the eligible costs are the part of the external costs which rail transport makes it possible to avoid compared with competing transport modes.””

“(54) Point 105 of the Railway Guidelines provides that for aid for reducing external costs, Member States have to provide a transparent, reasoned and quantified comparative cost analysis between rail transport and the alternative options based on other modes of transport. The methodology used and calculations performed must be made publicly available.”

“(57) In the light of the above, the Commission concludes that, in line with point 103 of the Railway Guidelines, the eligible costs are the part of the external costs which rail freight transport makes it possible to avoid compared to road freight transport. Further, the notified scheme is based on a transparent, reasoned and quantified comparative cost analysis, and the methodology used and calculations performed are publicly available. The scheme therefore complies with point 105 of the Railway Guidelines.”

A comment is in order at this point. The standard economic solution to internalising negative externalities is taxation, not subsidisation. Instead of subsidising rail transport, Spain should have penalised through extra taxes road transport. It is not explained in the decision why the Commission did not examine the appropriateness of the aid – i.e. whether aid is the most suitable instrument for achieving the policy objective of shifting freight traffic from road to rail.

Necessity and proportionality of the aid

Next, the Commission assessed whether the aid was necessary and proportional. It began its assessment by recalling the relevant provisions in the railway guidelines.

“(58) The Railway Guidelines state in point 109 that aid for reducing external costs has to be strictly limited to compensating the opportunity costs connected with the use of rail transport rather than with the use of a more polluting mode of transport.”

“(59) Points 107(b) and 109 of the Railway Guidelines set out a presumption of necessity, proportionality and absence of overcompensation when the intensity of the aid for reducing external costs does not exceed 50% of the eligible costs and stays below 30% of the total cost of rail transport.”

“(60) In line with point 109 of the Railway Guidelines, where there are several competing options, which cause higher levels of pollution than rail transport, the aid has to be limited to the highest cost differential among the various options.”

“(63) The Commission therefore concludes that the aid intensity under the scheme does not exceed 50% of the eligible costs and 30% of the total cost of rail transport. Further, the Commission positively notes that the method to calculate the aid chosen by Spain assures that all aid payments are directly linked to the modal shift achieved (see recital (24)).”

“(64) In view of the above, the Commission concludes that the aid is proportionate and necessary and that the “no overcompensation” criterion is met, in line with points 107(b) and 109 of the Railway Guidelines.”

“(65) Point 110 of the Railway Guidelines provides that: “At any rate, where the aid recipient is a railway undertaking it must be proved that the aid really does have the effect of encouraging the modal shift to rail. In principle this will mean that the aid has to be reflected in the price demanded from the passenger or from the shipper, since it is they who make the choice between rail and the more polluting transport modes such as road”.”

“(66) The Commission notes that the national legal basis together with the call for aid applications, as well as information on the aid granted and its recipients, is publicly available (see recital (16)). Further, the Commission notes that in order to achieve an increase in traffic, beneficiaries have to reflect the aid either in price or in other service conditions (see recital (26)). The Commission considers that the fact that such information is publicly available, together with the competitive 11 pressure deriving from other modes of transport, notably road freight transport, will lead to a better service value.”

“(67) In light of the above, the lower prices or better service conditions deriving from the aid will make the shift to rail freight transport more attractive. The Commission therefore concludes that the requirements set out in point 110 of the Railway Guidelines are met.”

“(68-69) Finally, according to point 111 of the Railway Guidelines, there must be realistic prospects of keeping the traffic transferred to rail so that the aid leads to a sustainable transfer of traffic. The Commission notes in this regard that railway undertakings providing freight services operate in a highly competitive situation. The Commission considers that as a consequence of the aid granted under the scheme to railway undertakings offering rail freight transport services, part of the advantages will be passed on to customers which in turn may positively affect demand for freight transport services and thus contribute to keep a sustainable transfer of traffic from road to rail freight transport in line with point 111 of the Railway Guidelines.”

“(70) In view of all the above, the Commission concludes that, in accordance with points 110 and 111 of the Railway Guidelines, the aid measure encourages the modal shift to rail and there are realistic prospects that the aid leads to a start of sustainable transfer of traffic.”

The Commission also had to check that the scheme did not cause any unnecessary distortion of competition.

The Commission, first, recalled that “(71) according to point 96 of the Railway Guidelines, the distortion of competition, which is inherent in any aid must not jeopardise the general interest of the European Union. This means that the negative effects on competition and trade of the measure under assessment must remain limited.”

“(73) At the same time, the Commission notes that the scheme will support the use of rail freight transport and thus incentivise the modal shift and, therefore, more environmentally friendly means of transportation, which is one of the objectives of the European Green Deal (see recital (6)).”

“(74-75) Moreover, as regards competition between different transport modes, the measure is limited to reducing imbalances between rail freight transport and road freight transport. Therefore, the Commission finds that the scheme limits undue negative effects on competition and trade and does not give rise to a distortion of competition to an extent contrary to the general interest according to point 96 of the Railway Guidelines.”

Finally, the Commission noted that the scheme did not discriminate between eligible beneficiaries. Therefore, it concluded that the scheme fulfilled the criteria of section 6 of the railway guidelines and met the needs of coordination of transport pursuant to Article 93 TFEU.

The full text of the Commission decision can be accessed at: