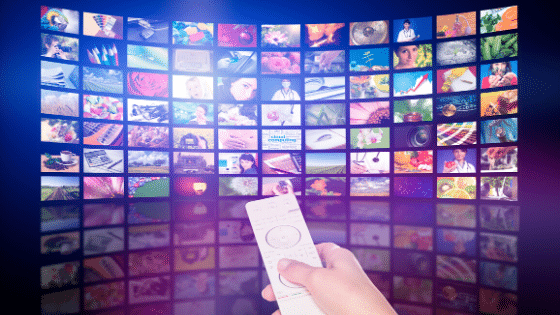 In January 2009, France notified to the European Commission its intention to proceed with several types of subsidies for the benefit of France Télévisions, including multi-annual funding in the framework of the public broadcasting mission. In September 2009, the Commission approved certain measures in order to be compatible with the internal market under Article 106 TFEU [then Article 86 TEC]. French Television 1 (TF1), a competing broadcaster, lodged an appeal against the decision. The appeal was dismissed by the General Court in July 2012 [T-520/09, TF1 v Commission][1].

However, as to the multi-year funding mechanism for France Télévisions, the Commission was doubtful about its proportionality with the extra costs of the public mission. The Commission also questioned the link between the revenue from the new taxes and the aid that had to be paid to France Télévisions. Given these doubts concerning the compatibility of the aid, it decided to initiate the formal investigation procedure. This procedure was concluded with Decision 2011/140 of 20 July 2010, in which the Commission found the aid again to be compatible with the internal market.

TF1 objected to the fact that it had to pay new taxes to finance its competitor broadcasters and lodged a new appeal. The General Court rendered its judgment on the appeal on 16 October 2013. The appeal had several pleas the first of which was that the Commission was wrong not to find a hypothecation between the new taxes and the financing of France Télévisions. Had the taxes been hypothecated to the aid, then the Commission would also need to determine the compatibility of the taxes themselves.

To determine whether the new taxes could be included in the review of compatibility with the internal market of the aid measure in question, the Commission had to assess whether those taxes could be considered as an integral part of the aid. To this end, it checked if there was hypothecation between aid and new taxes under national law. In this regard, it found that there was no legal link between the new taxes and the aid and concluded that hypothecation was absent. It also found that the amount of aid would be based on the amount of the net public service costs of France Télévisions and not on the amount of revenue from new taxes.

The General Court began its analysis of the Commission’s reasoning by reiterating established case law [Streekgewest , C-174/02] that a tax does not fall within the scope of the Treaty provisions on state aid unless it is the method of financing an aid measure in the sense that it is an integral part of that measure. [paragraph 42 of the judgment]

For a tax to be regarded as an integral part of an aid measure there must be a binding link between the tax and the aid concerned under the relevant national legislation. This means that

ii) the revenue directly determines the amount of aid.

If this two conditions hold, then it must be assessed whether both the aid and the tax are compatible with the internal market [Régie Networks , C-333/07].

The General Court recalled that the mere fact of the existence of a binding link cannot, by itself, constitute a sufficient condition for establishing that the tax is an integral part of an aid measure. It is also necessary to examine, in addition, if the proceeds of the tax directly determine the amount of aid. [paragraphs 43-44]

On the basis of these principles the Court found that, although the new taxes were introduced for the purpose of financing the public service mission of public broadcasters, the revenue was paid into the general budget of the French state without any express provision that it was earmarked exclusively for the public service compensation. [paragraph 58] Therefore, it rejected the plea concerning hypothecation.

TF1’s second plea was that the new taxes were contrary to the internal market provisions of the Treaty. The Court rejected this plea too on the grounds that, since the taxes were not hypothecated to the aid, the Commission was not required to consider their compatibility with internal market law in its assessment of the aid under Articles 106-107 TFEU.

This finding entails that the powers of the Commission under state aid rules are limited. It can examine only those taxes which are linked to aid measures. This only means that, for taxes which are not linked to State aid, the Commission can examine their compatibility using other provisions of the Treaty. Indeed, the Commission did initiate infringement proceedings against France concerning the compatibility of the two new taxes with Article 12 of Directive 2002/20 on electronic communications.

The first part of the plea concerning overcompensation was rejected by the General Court because TF1 provided no evidence to substantiate its claim. With respect to the second part concerning inefficiency, the Court explained that a public measure does not constitute State aid when it is compensation for the performance of public service obligations and the measure satisfies the four Altmark criteria so that the provider of the service does not enjoy an advantage and the measure does not put it in a more favourable position in relation to its competitors. [paragraph 126]

The Court also stated that the sole purpose of the Altmark test is to determine whether a measure constitutes State aid. This test should not be confused with the test of Article 106(2), which establishes whether compensation for a service of general economic interest, which was already found to be State aid, can be considered to be compatible with the internal market. [paragraph 129]

Although the economic efficiency of the SGEI provider is a factor that must be taken into account in the fourth Altmark criterion, it has no “pertinence” [or relevance][2] in the assessment of the compatibility of compensation on the basis of Article 106(2). [paragraph 130]

According to the General Court, the exception in Article 106(2) allows Member States to choose the providers of SGEI. The requirement of proportionality of the aid aims to prevent SGEI providers from receiving funding that exceeds the net extra costs of the SGEI. [paragraph 131]

More importantly, the General Court made it clear that the Commission is not empowered to rule on the scope of public service tasks entrusted to the public broadcaster, the level of costs associated with this service, the political choices made in this regard by national authorities, or the economic efficiency of the public broadcaster. [paragraph 133]

The Court concluded that the question whether a broadcaster with a public service mission could, through a more efficient organisation, fulfil its public service obligations at lower cost is irrelevant to the assessment the compatibility of public funding under state aid rules. [paragraph 134]

This judgment is more evolutionary rather than revolutionary. It clarifies the case law without reversing or extending to any significant extent earlier judgments. In this regard it does not address the fundamental weakness in Article 106, which was only partly remedied by the 2012 SGEI package. This weakness is the possible inefficiency of the designated SGEI provider. The EU Framework of the 2012 SGEI package resolves this weakness in three ways:

i) it requires compliance with public procurement rules [i.e. competitive selection of providers where that is legally mandatory]i

But the Framework excludes many aspects. Sectors not falling within its scope are either subject to the SGEI Decision which does not contain the three conditions above, or directly to the provisions of Article 106. TF1 tried, unsuccessfully as we now know, to argue that the Court should apply by analogy to the State aid field the principles of enforcement of Article 106 with respect to anti-trust infringements.

In anti-trust, the possible inefficiency of the undertaking entrusted with the provisions of the SGEI has been recognised as a pertinent issue. The case law [e.g. the early case of the Port of Genoa and the more recent case of Ambulanz Glöckner, C‑475/99] concerning violations of Article 106 in conjunction with, most often, Article 102 [abuse of dominance], has indeed established that inability to provide fully or efficiently the designated SGEI constitutes abuse of dominance. This inability is shown by the presence of competitors who can offer the SGEI in question.

In the end, the General Court rejected the argument of TF1 because it did not prove the alleged inefficiency of France Télévisions or any inability to carry out the public service mission assigned to it. [paragraph 149]

But the question that arises is who bears the burden of proof: the competitor who normally does not have access to the internal accounts of the undertaking which is assigned the task of providing SGEI or the Member State which assigns that task without perhaps considering the capacity of other undertakings to perform that task? As we have seen earlier, the Commission, according to the Court, cannot question these choices made by Member States.

On this point the General Court made an interesting observation. In paragraph 131 of the judgment, it explained that “by allowing, under certain conditions, exceptions to the general rules of the Treaty, Article 106(2) TFEU seeks to reconcile the Member States’ interest in using certain undertakings, including the public sector, as an instrument of economic or social policy with the interests of the Union in respect of competition rules and to preserve the unity of the internal market”.[3]

In 50 years of EU jurisprudence on competition law, no judgment, either of the General Court or the Court of Justice, has ever explained how the interests of Member States can be served by the assignment of SGEI tasks to inefficient undertakings. Of course I can think of several possible reasons why Member States may want to assign such tasks to particular undertakings. For example, they may want to exercise close control over such undertakings in order to ensure that the quality of the SGEI reaches a certain standard. For this purpose there may indeed be a legitimate, i.e. unavoidable, trade-off between control by the state and economic efficiency. But as long as EU courts do not require Member States to prove how the assignment of SGEI tasks to particular undertakings allows them to achieve social policy objectives, we will remain in the rather ludicrous situation whereby Member States claim that they exercise their prerogative to choose SGEI providers in the name of offering a better service to their citizens.

[2] The judgment refers to “sans pertinence”.