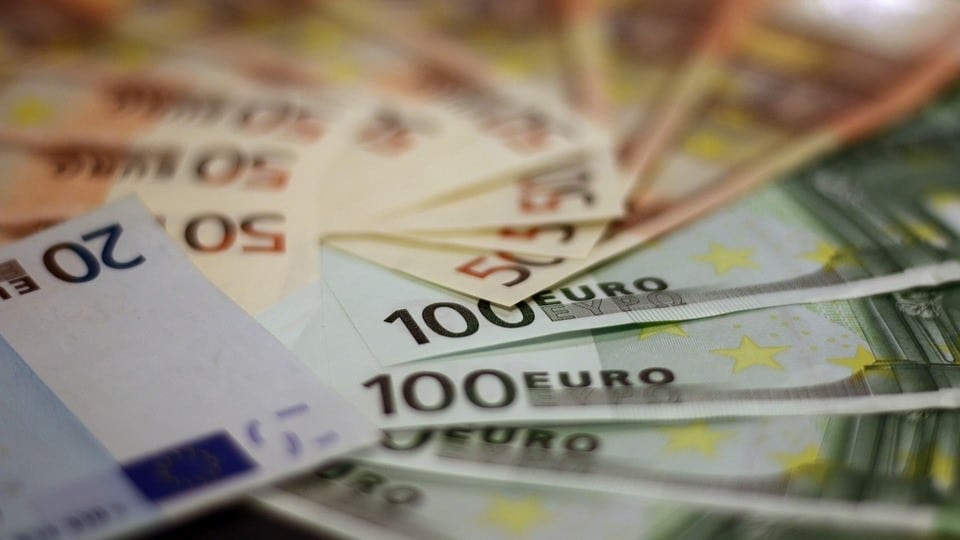 One of the many responses of the European Union to the economic harm wreaked by the pandemic was the establishment of the Pan-European Guarantee Fund [the Fund] by the European Investment Bank. Member States were invited to contribute to the Fund.

This is both an important and unprecedented initiative: It pools risk among Member States and offers uniform support to the same class of beneficiaries across the EU. Of course, funding managed at EU level and made available to companies also pools risk, indirectly, among Member States and is channelled through uniform instruments. But this kind of funding is not State aid. The Pan-European Guarantee Fund is the first State aid instrument at EU level and, in this respect, it can be considered to be the EU’s answer to critics who have credibly argued that the very uneven distribution of covid-19 related State aid may have damaged the internal market. Although it is managed by the EIB at EU level, it is considered to come under the collective control of Member States because their representative will approve individual operations.

In the period September to November 2020, the Commission assessed in a single decision measures concerning the national contributions notified by 21 Member States [Belgium, Bulgaria, Denmark, Germany, Ireland, Greece, Spain, France, Croatia, Italy, Cyprus, Lithuania, Luxembourg, Malta, the Netherlands, Austria, Poland, Portugal, Slovakia, Finland and Sweden]. The decision has different numbers, each corresponding to a different Member State, but the text is identical for all. See, for example, SA.58218 which corresponds to Belgium.[1]

The purpose of the Fund is to increase liquidity for companies in participating Member States by guaranteeing commercial loans.

Member States participate in the Fund with amounts that correspond to their share in the capital of the EIB. They will bear liability for irrevocable, unconditional and first demand guarantees. These guarantees will cover losses and related costs incurred in the implementation of operations supported by the Fund. Claims will be borne collectively by all participating Member States, but each Member State’s liability will be capped at the level of that Member State’s share in the Fund. The pooling of credit risk across Member States will reduce the average cost of the Fund in relation to national schemes, both in terms of overall expected losses and administrative expenses.

The EIB foresees losses up to 20%. At the same time the Fund is expected to mobilise private funding up to a multiplier of eight, reaching EUR 200 billion. The target amount of the Fund that will be used for guarantees on senior and subordinated debt instruments is EUR 25 billion, although at the time of the Commission’s assessment the actual amount committed was only EUR 15.7 billion. The Fund will process aid applications until 31 December 2021.

In line with the Temporary Framework, undertakings that were in difficulty on 31 December 2019 are not eligible with the exception of micro and small enterprises.

Funding will be available to undertakings of all sizes and in all sectors except financial services and certain excluded activities such as gambling. It will be channelled via financial intermediaries selected by the EIB following its normal procedure after an open call for expression of interest.

The EIB will have separate accounts for the Fund, but the Fund will not have a separate legal personality.

For the measures that conform with section 3.1, the nominal value of the guarantees per undertaking will be less than EUR 800,000. The decision contains lengthy and detailed explanation of how the guarantees will be priced and how the EIB and EIF will ensure that most benefits will be passed by the intermediaries to the final beneficiaries. This will be achieved through lower interest rates, lower collaterals or higher volumes. Here is a simplified example of how benefits may be passed on. Assume that a bank normally charges 6% on loans of 100 with duration of 1 year to SMEs of a certain credit class. At the end of the year the bank receives 6 in terms of interest. Now the EIB guarantees 70% of the loan and for this reason, the bank is willing to charge only 1% on 70 and 6% on 30. The difference in interest earned at the end of the year would be 3.5 [= 6 – ((70 x 0.01) + (30 x 0.06)) = 6 – 0.7 – 1.8]. This benefit has to be passed on to the borrower because had the bank not received the guarantee it would have earned 4.2 on the 70 that is covered by the guarantee [4.2 = 3.5 + 0.7]. At the same time, however, any fee that the bank pays for the guarantee has to be subtracted from the benefit that is passed on to the borrower. If the guarantee, for example, costs the bank 1%, then the interest rate that will have to be charged on the 70 that is guaranteed is 2%. The borrower will pay a single rate of interest which 3.2 on the 100 [3.2 = (70 x 0.02) + (30 x 0.06) = 1.4 + 1.8]

The detailed explanation in the decision on the structure of the four measures should be welcome by Member States, as it provides valuable guidance for the design of similar measures in the future. Certainly, the many decisions adopted during the past 12 months on the basis of the Temporary Framework do not contain a similarly thorough analysis of safeguards intended to minimise State aid to financial intermediaries.

However, as will be seen below, the decision deviates from past Commission practice on risk finance in its assessment of the Fund itself and of the intermediaries.

The Commission considered the presence of State aid at three levels: final beneficiaries, intermediaries and the Fund itself.

“(88) The advantage granted by the measures is selective, since it is awarded only to certain undertakings, in particular most measures are limited to smaller companies (see recital (23)) and the measures exclude certain sectors/activities.”

“(89) The measures are liable to distort competition, since they strengthen the competitive position of their beneficiaries. They also affect trade between Member States, since those beneficiaries are active in sectors in which intra Union trade exists.”

The Commission concluded that there was State aid for the final beneficiaries.

“(94) The financing or guarantees are liable to distort competition, since they strengthen the competitive position of the financial intermediaries implementing the measures as compared to others. It also affects trade between Member States, since intra-Union trade exists in the financing sector.”

The Commission concluded that there was State aid also for the financial intermediaries. This, however, deviates from past practice of the Commission in its treatment of financial intermediaries. For example, the so-called “off-the-shelf” financial instruments do provide guarantees to intermediaries whose benefit is passed on to borrowers. Yet in these off-the-shelf instruments, financial intermediaries are not considered to receive State aid. In the present decision, the Commission mentions that the guarantee is provided at a lower than otherwise premium because it underestimates the risk assumed by the Fund [see paragraph 92 of the decision]. Indeed, an expected loss of 20% should in principle be reflected in a premium of 20% plus administrative costs. But the favourable rate of premium is irrelevant if all the benefits are passed on to borrowers. Perhaps the EIB and the Commission cannot be certain that all benefits will be passed on [this is probably the case]. But then the decision should deal with this eventuality explicitly and the off-the-shelf instruments should also be adjusted.

“(97) Any entity, regardless of its legal status and the way it is financed, carrying out an economic activity by offering goods or services on a market constitutes an undertaking in the meaning of Article 107(1) TFEU. The Fund provides guarantees to the final beneficiaries through financial intermediaries and, therefore, offers a service in the market that competes with other market participants. It follows that the Fund is an undertaking.”

If the explanation in the decision is correct, the Fund is nothing more than a set of bank accounts. It does not have any legal personality. I have never come across a case or measure in which accounts were held to be undertakings. At any rate, in risk finance measures assessed by the Commission its standard approach has been that Funds are only channels through which aid flows, they have no purpose other than to dispense aid and their wound up after the measures expire. The Commission routinely found risk finance funds not to be undertakings or beneficiaries of aid. Perhaps it is for this reason that the Commission went on to offer a different assessment.

“(98) However, the Commission considers that the Fund is established in order to enable the provision of guarantees from the resources made available jointly by the participating Member States. Therefore, the Commission considers that the Fund is an intermediary vehicle for the transfer of resources of the aid measures to financial intermediaries and ultimately to the final beneficiaries. The Fund is therefore not the direct beneficiary of the aid measures subject to this decision.”

“(99) The contributions confer an advantage on the Fund, as the participating Member States provide financing to the Fund on preferential terms, i.e. without expecting a market remuneration on their contribution (recital (11)). The contributions therefore provide an advantage to the Fund that would not exist under normal market conditions. The Commission notes that the accounts of the Fund, from which the guarantees will be provided to the financial intermediaries, are kept separately from other EIBG activities. Therefore, the Fund is a ring-fenced entity and the guarantees do not benefit the other activities of the EIBG.”

“(100) The advantage granted by the participating Member States is selective, since it is awarded only to the Fund.”

“(101) The contributions to the Fund are liable to distort competition, since they strengthen the competitive position of the Fund as compared to other financial intermediaries such as guarantee institutions. It also affects trade between Member States, since intra-Union trade exists in the financing sector.”

The Commission concluded that “(102) it cannot be excluded that the measures constitute aid within the meaning of Article 107(1) TFEU at the level of the Fund.”

It is also puzzling that the decision is silent on whether the EIB offers its services for free or whether it charges a fee.

The Commission assessed the compatibility of the aid to final beneficiaries on the basis of Article 107(3)(b) and in conjunction with the related provisions of the Temporary Framework. Because the four measures did not fit exactly in the Temporary Framework, the Commission also examined compliance with the criteria for the application of Article 107(3)(b); namely whether the aid was appropriate, necessary and proportional.

For the final beneficiaries the aid was indeed appropriate to remedy a serious economic disturbance, it was necessary to provide liquidity at a lower cost than had the measure been implemented at national level and it was proportional.

With respect to the compatibility of the aid to financial intermediaries, the Commission considered that “(128) the measures are designed in an appropriate manner to minimise the possible indirect aid to the credit institutions, which helps to limit undue distortions to competition. The proposed scheme introduces the following safeguards in relation to the possible indirect aid: (i) The measures only apply to newly granted instruments, …; (ii) The Fund is open to all financial intermediaries … the Commission considers that competition between financial intermediaries will contribute to the aid being passed on to final beneficiaries to the maximum extent possible; (iii) … financial intermediar[ies] [will] operate a mechanism that ensures that the advantages are passed on to the largest extent possible to the final beneficiaries.”

Because indirect aid to financial intermediaries was kept to the minimum necessary, the Commission found it to be compatible with the internal market under Article 107(3)(b) TFEU.

Here too, the Commission applied the general principles of the appropriateness, necessity and proportionality. But, rather tellingly, the Commission merely repeated its earlier findings on aid to the final beneficiaries. There was no extra explanation of any different distortion that could be caused by “potential” aid to the Fund.

Photo by moerschy  on Pixabay