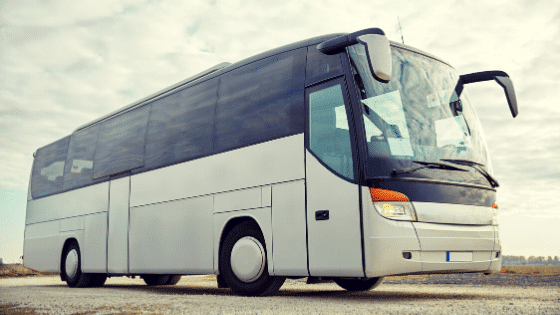 Providers of SGEI must maintain separate accounts. Parameters of compensation must be determined in advance. Ex-post formulation is not in conformity with State aid rules. Ex-post calculation of compensation that covers all costs and eliminates commercial risk is not compatible with State aid rules.
Introduction
The calculation of the compensation to be offered to providers of services of general economic interest is always a difficult and complex process. In this article I examine how compensation was calculated in the case of an Italian bus company and the reasons for which the Commission rejected it.In fact, the Italian authorities are not likely to be disappointed by this Commission decision, since they did not want to offer compensation, and the Commission decision allows them not to comply with the ruling of an Italian court that had ordered them to compensate the bus company. Not only State aid law protects the rights of competitors, but occasionally it also protects national authorities from unwarranted demands for subsidies.

The intriguing background to this case is described in detail in Commission Decision 2014/201 on compensation that was proposed to be paid to bus company Simet for public transport services provided between 1987 and 2003.[1]

In May 2011, Italy notified a measure that described how compensation was to be granted to Simet for the provision of inter-regional bus transport services. Allegedly, Simet was under a public service obligation during the period 1987–2003 and the Council of State (Consiglio di Stato) – Italy’s Supreme Administrative Court – ordered that Simet should receive compensation.

Simet, like other providers of inter-regional scheduled bus services, operates on the basis of licences (concessions) which are renewed annually at the request of the company. Those concessions give the company the exclusive right to provide the relevant services. The concession in question stated that delivering the service did not give the company the right to any subsidy or compensation of any kind, and that the service was operated entirely at the company’s own risk. The fares proposed by the company itself were also reflected in the annual concession specifications accepted by the Ministry for Infrastructure and Transport.

In October 1999, for the first time Simet asked the Ministry for compensation for its inter-regional bus services. The Ministry denied this and the subsequent requests, as it considered that it had not entrusted Simet with public service obligations.

In response to the Ministry’s refusal to grant public service compensation, Simet brought a legal action before the Italian administrative courts. On appeal, the Council of State recognised Simet’s right to receive compensation for the scheduled bus services provided under the concessions. Following this judgment and before granting any compensation, Italy decided to notify the measure to the Commission.

The Commission opened the formal investigation procedure because it doubted that the compensation was not State aid [in compliance with the Altmark criteria]. It also had doubts on the compatibility of the aid with the internal market. In other words, the Italian authorities obtained what they wished for.

The Commission found that the proposed compensation constituted State aid. It was funded by state resources, it was selective and, given the fact that bus transportation is a service that is open to all bus operators in the EU, it was also capable of affecting trade and distorting competition. The disputed issue was whether the compensation conferred an advantage to Simet.

More specifically, the Commission considered that the second Altmark criterion did not apply in this case. “The need to establish the compensation parameters in advance does not mean that the compensation has to be calculated on the basis of a specific formula. Rather, what matters is that it is clear from the outset how the compensation is to be determined” [paragraph 93].

In the case of Simet, no such parameters were ever established in advance in an objective and transparent manner. This meant that compensation calculations were necessarily based solely on ex post estimates of the net costs. It is clear that the Commission applies strictly the requirement for ex ante determination of compensation parameters.

After considering and dismissing the claim that Regulation 1191/69 could apply to this case, the Commission then proceeded to examine whether the aid was in conformity with Regulation 1370/2007 on public service contracts for passenger transport by road and by rail, and concluded that for the following reasons it was not.

First, the concession specifications stipulated that the operation of the services did not give Simet any right to a subsidy or compensation of any kind and that the service was operated entirely at the company’s own risk. This exclusion of compensation necessarily entailed that the compensation parameters were not established in advance, as required by Regulation 1370/2007.

Second, Simet did not apply proper account separation. Consequently, it was impossible to demonstrate that compensation did not exceed the amount corresponding to the net financial effect of the public service obligation on the costs and revenues of Simet.

Third, in the absence of compensation parameters laid down in advance, any cost allocation would necessarily be conducted ex post on the basis of arbitrary assumptions.

Fourth, the Commission did not accept the derived costs which were based on the assumption that in each year all services provided by Simet had to bear costs which were in the same proportion as their revenues.

Fifth, an ex post calculation would “necessarily result in full compensation of the costs incurred in the provision of the service”. The Commission considered that a rate of return on equity exceeding the relevant swap rate plus 100 basis points “would normally not be viewed as a suitable reference for calculating the reasonable profit” [paragraph 129].

It should be noted that the fourth and the fifth points are probably the most relevant also for other cases of public service compensation. Ex-post allocation of costs and ex-post compensation removing all risk are compatible neither with Regulation 1370/2007 nor with the 2012 SGEI Framework that applies to all sectors other than transport.

In light of the above, the Commission found that the measure constituted State aid according to the meaning of Article 107(1) of the Treaty, and that the aid was incompatible with the internal market. No recovery was ordered because no aid had been granted.

The Annex below explains in more detail how the compensation was calculated. Since this was done ex-post, it was rejected by the Commission. However, had it been done ex-ante, it is likely that it would have been accepted by the Commission. Specifically, the calculations provide useful guidance on how to separate costs, how the parameters of compensation can be determined and how expected profit can be estimated ex-ante.

Since no analytical accounts were kept by Simet for the relevant period, the costs of the bus services in question were allocated on the basis of the percentage of revenue generated by the same services during that relevant period.

The total amount of costs was calculated from each of the annual financial statements. Then, in order to reconstruct the operating costs, the following non-operating costs were deducted from total costs:

As explained above, the operating costs attributable to the bus services were determined on the basis of the percentage of revenue generated by the same scheduled bus services.

For certain years cost accounting data were available. Costs were divided in the following categories:

The first category of costs includes costs related to fuel, engine oil, tyres, spare parts, outside work, vehicle wash, motorway tolls, compulsory vehicle servicing, leasing and depreciation of assets. Each of these cost items was divided by the total number of kilometres travelled and the cost per kilometre was then multiplied by the number of kilometres travelled by scheduled bus services only.

The second category of costs includes those cost items which, on the basis of the analytical accounts, are directly attributable to inter-regional scheduled bus services. These include: direct employment, waste disposal, commissions payable, miscellaneous charges, parking fees, rental of third-party vehicles for scheduled bus services, purchases for on-board services, and reimbursement of travelling personnel’s expenses.

The third category of costs includes ‘indirect costs’ and comprises indirect labour costs, overheads, bus insurance, vehicle ownership tax and rent for premises. Those costs were allocated on the basis of the percentage of revenue generated by the same scheduled bus services.

After adding up the figures calculated for the relevant periods, the total costs related to the scheduled bus services were found to amount to EUR 59,510,413.

Consequently, after subtracting these costs from the revenues derived from scheduled bus services, it was found that there was an operating loss of EUR 2,296,973.

The compensation had to be increased by an amount corresponding to “reasonable profit” or the required remuneration of the capital employed. This was calculated as follows:

For each year, the capital employed was the sum of:

The Weighted Average Cost of Capital (WACC) formula was used to determine the remuneration rate of the capital employed:

E/V = percentage of financing that is equity

D/V = percentage of financing that is debt

The required return on equity was calculated using the Capital Asset Pricing Model. This model describes the relationship between risk and expected return:

The interest rate for ten-year government bonds, taken from national statistics, was used as a proxy for the risk-free rate Rf. A risk premium (Rm – Rf) of 5.8% was on average asked by investors investing in stocks rather than in risk-free securities on the Italian market.

The beta of the shares in Simet’s capital was calculated by taking an unlevered beta [unlevered beta = beta of the company without any debt] value of 0.39 for the bus service and transport sector. That beta value was subsequently adjusted relative to the financial structure reported by the company for each year:

On the basis of these formulas, the remuneration for the capital employed by Simet was EUR 5,948,150.

Thus, the total amount of compensation before the application of late payment interest was EUR 8,245,124 (compensation related to the operating loss [EUR 2,296,973] and remuneration of the capital employed [EUR 5,948,150]).

Calculation of interest for late payment

Given that the compensation sums calculated above were not paid in the years for which they were due, those sums were revised upwards as follows: The sums initially calculated were re-valued according to consumer price inflation indices up to July 2012. Then statutory interest was applied to the derived amounts. Consequently, the total compensation was EUR 22,049,796.