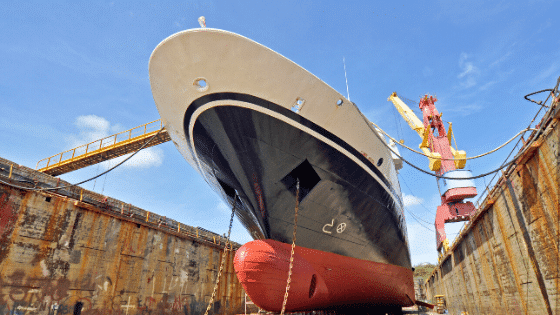 The State aid issue in this case is relatively straightforward. Nauta, a Polish shipyard, received a two-year loan from IDA, the state-owned Polish Investment Agency. Because Nauta ran into some financial trouble, the loan was extended for another two years.

The initial loan of PLN 120 million was granted at a rate of 5.28% and was secured with property that belonged to Nauta.

The Commission first reviewed the business plan and business prospects of Nauta and found them to be, respectively, credible and positive. Then it calculated an appropriate reference rate for a similar loan and for similar security. The reference rate is equal to the country base rate plus a margin for the risk of the company. The base rate for Poland at the time was 4.53%. To the base rate it added a risk margin of 0.75% which corresponded to a credit rating of BBB with “high” collateral.

The quality of the collateral was estimated as follows. Nauta had offered as collateral a plot of land it owned. The land was valued at over PLN 168 million. An independent surveyor expected, prudently, that in the case of forced sale, the land would fetch at least 50% of its ideal value; i.e. PLN 84 million. This meant that, given that the loan was for PLN 120 million, the Loss Given Default would not exceed 30% [120 – 84 = 36 = 30% = 36/120].

According to the table in the Commission’s Communication on Reference and Discount Rates, a credit rating of BBB and high collateralisation require a 0.75 percentage point to be added to the base rate.[2] Therefore, the actual rate of 5.28% that was charged for the loan was the same as the reference rate of 5.28% [= 4.53% + 0.75%].

As a result, the Commission concluded that the initial loan was free of State aid.

Question 2: The extension of the initial loan

The assessment of the extension of the loan was more complicated. This is because a private investor always has two options: i) call in the loan [and perhaps force the borrower into bankruptcy] or ii) accept a rescheduling. The Commission examined both options.

In case IDA pursued the first option, it would have to sell the land on which the loan was secured. That would generate revenue of about PLN 84 million. This implied a loss of PLN 36 million [plus forgone interest].

The possible outcome of the second option was for IDA to receive back the full amount of the loan and in addition earn interest at a rate of 8.46%. In case Nauta would be unable again to repay the loan, a force sale of land would yield PLN 95 million [= 50% of PLN 190 million]. Both of these possibilities were preferable to the first option.

Again, the Commission concluded that IDA behaved as a private investor and that the extension of the loan was free of State aid.

Policy makers get often exasperated by long and complex explanations on when a public measure may constitute State aid. In this judgment the Court of Justice gave a short, simple and clear explanation: “The term ‘to subsidise’, in its usual sense, means quite simply to grant an advantage. Therefore, the term is not limited, as a general rule, to positive benefits.” [paragraph 46]

And if there are doubts as to whether a tax measure can be State aid, the Court also explained that a “tax reduction measures could be categorised as subsidies”. [paragraph 49]

Those who are versed in anti-trust rules often marvel at the simplicity of the assessment of the impact of State aid on competitive conditions on the market. It is true that, despite the fact that anti-trust and State aid are in the same chapter of the Treaty, the standard of proof is quite different. Here the Court of Justice makes it clear that what is required under State aid rules is reasonable expectation. “It is appropriate to add that a detailed examination of market structure was not necessary to determine whether the aid in question could have an impact on trade between

[2] The Commission Communication of 2008 on Reference and Discount Rates can be accessed at: