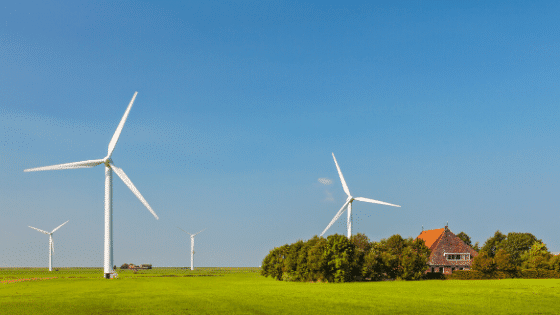 Environmental aid is the second largest horizontal category of state aid, after regional aid. It accounts for about 24% of all aid to industry and services. Yet, one often hears from public officials that the current Environmental Aid Guidelines (EAG) do not provide sufficient incentives for environmental protection. The problem is that aid is calculated as a percentage not of the whole investment costs but only of the extra costs. These extra costs are the difference between the cost of conventional technology and the higher cost of more environmentally friendly technology. Therefore, permissible aid is only a fraction of the additional costs.

For normal investments, say investment in a regional plant or in R&D facilities, the incentive effect of aid is that it covers a portion of the costs that have to be incurred if the investment is to be realised. But in the case of the EAG, the more costly technology does not have to be bought in order for the investment to be realised. After all, the logic of the EAG is predicated on the existence of an alternative, cheaper, but more polluting technology. If undertakings have access to such cheaper options and if allowable aid does not cover the full amount of the extra investment costs, why would they want to make the investment? Well, apparently they do. The interesting question is whether they behave irrationally. Commission officials informally and off the record claim that in fact recipients of environmental aid enjoy other benefits. This may be true, but it is not a satisfactory policy response. What are these benefits and how large are they? Until an answer is given, the puzzle remains.

The rest of this posting highlights this puzzle by examining in depth two recent environmental measures which have other interesting features too. The first concerns transport where the compatibility of aid was assessed on the basis of Article 93 TFEU instead of Article 107(3)(c) TFEU. The compatibility of the aid in the second measure was subject to detailed assessment, something which is relatively rare in environmental cases.

The objective of this measure is to support the retrofitting of existing railway freight wagons with less noisy, composite brake blocks. By reducing noise generated by trains, the measure aims to protect residents living adjacent to rail tracks.

The aid takes the form of non-refundable grants which is “mileage-differentiated” and their amount depends on the mileage of retrofitted wagons in Germany. Wagon owners are allowed to apply for a grant every year during the duration of the measure by providing data on wagons’ mileage in a given year. The sum of annual grants for a wagon will be paid to the wagon owner every consecutive year until reaching a maximum amount equal to 50% of the eligible investment costs.

The eligible investment costs are calculated as the difference between the costs for the initial fitting of an average freight wagon with composite brake blocks and the costs of fitting cast iron brake blocks. The latter is the counterfactual scenario. The cost difference is estimated to be about EUR 1688 per wagon.

The aid does not cover anticipated additional costs for retrofitted wagons, such as possible higher costs for the initial procurement of the blocks, the potentially higher wear and tear on the wheels, or shorter inspection intervals.

The Commission explains in this decision that after the entry into force of Regulation 1370/2007, Article 93 TFEU became directly applicable as the legal basis for the compatibility of aid which is not covered by the Regulation. An example of aid not covered by the Regulation is aid for the coordination of freight transport. Therefore, the German measure in question is assessed directly under Article 93 TFEU.

Article 93 TFEU stipulates that state aid is compatible with the internal market if it „meets the needs of coordination of transport“. The Commission points out that “the concept of aid meeting the needs of co-ordination of transport refers to the need for governmental intervention arising in the absence of competitive market or in the presence of market failures. In this regard, the Commission notes that measures focused on the reduction of noise pollution in the rail transport sector may be needed when other modes of transport do not bear the costs of noise pollution they cause for the society.” [paragraph 31].

This, however, is a rather wide interpretation of the concept of “coordination”. The remedy for externalities does not have to be greater coordination of the decisions of economic agents. In past decisions the Commission defined coordination to be “some form of state planning”, e.g. diversion of lorries from busy roads, shift of freight from road to rail].

In its Decision SA.31825 on Containertransferium in Beverdonk in Belgium, the Commission noted that coordination of transport goes beyond the mere development of an economic activity.[2] It signifies state intervention to guide development in a particular direction.

Although, aid to rail transport may be justified on grounds of externalities and some form of market failure, it does not follow that it necessarily falls within the scope of “coordination” in the meaning of Article 93.

The Commission then provides a review of its decisional practice concerning Article 93 TFEU. Accordingly aid is approved when “(i) the aid contributes to an objective of common interest, (ii) the aid is necessary, and provides an incentive effect, (iii) the aid is proportionate, (iv) the access to the infrastructure in question is open to all users on a non-discriminatory basis, and (v) the aid does not lead to distortions of competition contrary to the common interest.” [paragraph 38]

In addition, it explains that according to the Railway Guidelines the necessity and proportionality of the aid is presumed when the interoperability aid does not exceed 50% of the eligible costs. In the context of the measure in question, the eligible investment costs are limited to the extra costs, i.e. the retrofitting costs that are necessary to achieve noise reduction in the rolling stock.

Since the maximum aid intensity under is 50% of the eligible costs [and the aid cannot be cumulated with aid received from other local, regional, national or EU sources], the Commission concludes that the aid is compatible with the internal market.

This case, like most environmental measures creates a puzzle. Why would a market operator accept to spend, say, 100 in extra costs, in order to receive only 50 in terms of aid, when it obtains no other apparent benefits. In fact, in this particular case, other extra costs such as increased wear and tear are explicitly excluded.

The UK notified an individual measure consisting of investment aid of GBP 19.9 million to support the construction of a plant to produce electricity from waste wood. The beneficiary, Energy Works Hull (EWH), would operate new technology capable of generating gas from waste wood. The gas would then be used as fuel for the production of electricity. Not only would the plant be using a renewable source, but it would also be saving about 57,000 tonnes of CO2 annually.

The aid would be solely provided by the European Regional Development Fund (ERDF). Given that the UK authorities had discretion in the disbursement of ERDF money, the aid was considered to constitute state resources in the meaning of Article 107(1) TFEU. The aid was assessed according to the provisions of the Environmental Aid Guidelines (EAG) concerning renewable sources of energy. Given that the amount of aid exceeded the threshold of EUR 7.5 million, the measure was also subject to detailed assessment on the basis of the balancing test.

Since the EAG allow aid only for the additional costs of investment, the most important issue in the assessment of the compatibility of environmental aid is the definition of a credible counterfactual: i.e. the alternative, but less environmentally friendly, technology that could be used to generate the same amount of electricity.

The definition of a credible counterfactual is even more important in cases of detailed assessment of individual aid because it is also necessary to demonstrate that the aid has an incentive effect: i.e. without the aid the investment would not be undertaken.

The counterfactual (alternative technology) in this case was taken to be a gas turbine costing GBP 16.2 million.

Comparison of revenue and costs

The revenue from the proposed plant would be the revenue from the sale of electricity and the sale of emissions certificates (given that the CO2 emissions of the plant would be significantly lower than the alternative plant using a conventional gas turbine). The Commission stressed that such revenues must be taken into account and subtracted from the eligible costs. At the same time, the proposed investment would face extra costs from the disposal of waste products. The EAG require that extra operating benefits and costs for the first five years of the project are subtracted and added, respectively, to the up-front difference in investment costs. This calculation established that the proposed plant would cost significantly more than a conventional gas-fired plant.

Incentive effect and necessity of aid

Since in detailed assessment of state aid is not sufficient simply to show that a proposed investment costs more than the alternative, the Commission also examined whether the aid had an incentive effect in the sense that it would be able to change the behaviour of the beneficiary.

It is worth noting, however, that while establishing the incentive effect of aid makes sense in other types of investment aid such as regional aid, in the case of environmental aid, it appears to be superfluous. This is because, unlike other types of investment, the eligible costs for environmental aid are always the difference between the environmentally friendly investment and the alternative but feasible grey investment. So the calculation of eligible costs already demonstrates that a rational investor would not undertake a more costly investment, other things being equal.

At any rate, the UK authorities demonstrated the existence of an incentive effect by calculating the Net Present Value (NPV) of the project over a 20 year period which was the life of the plant. This resulted in an Internal Rate of Return (IRR) that was lower than the IRR for an equivalent conventional plant. Therefore, without the aid, the project would not be undertaken.

In addition, they argued that the rate of return that would be demanded by private investors would have to be higher due to the additional risks of the project. There were four kinds of risk: the use of new and unproven technology; securing regular supply of waste wood; the uncertainty of future prices of electricity [although this factor would also affect a conventional plant so it should have been discarded]; and the uncertainty of revenues from emission certificates.

Once the aid was factored in the NPV calculations, the IRR rose to an acceptable level but it was still lower than the IRR of a conventional plant.

Again, it is worth noting that such conclusions are typical of cases of environmental aid. They raise the question why investors undertake such projects when the calculations prove that there are alternative conventional (i.e. less risky) technologies which are cheaper. This is a question to which no satisfactory answer has been given so far.

The Commission found that the aid was proportional (i.e. the minimum necessary) for the following reasons:

First, the aid would not result in excessive profits and rate of return.

Second, the NPV calculations over the 20-year period included all extra benefits and costs, even though the EAG require their inclusion for the first five years.

Third, EWH was selected after bidding for state aid.

Fourth, EWH would itself use competitive selection to award contracts to sub-contractors and the aid would be claimed only after costs would be incurred.

Fifth, the aid intensity was below the maximum of 60% allowed by the EAG.

In view of the positive effects of the aid and the fact that the market share of EWH was miniscule so that there was fear of distortion of competition, the Commission concluded that the aid was compatible with the internal market.