Sie befinden sich hier: Lexxion > State Aid Blogs > State Aid Uncovered > What the Commission Must Find Out in the Preliminary Examination of State Aid: The Lessons from Tempus Energy on what is Sufficient Information 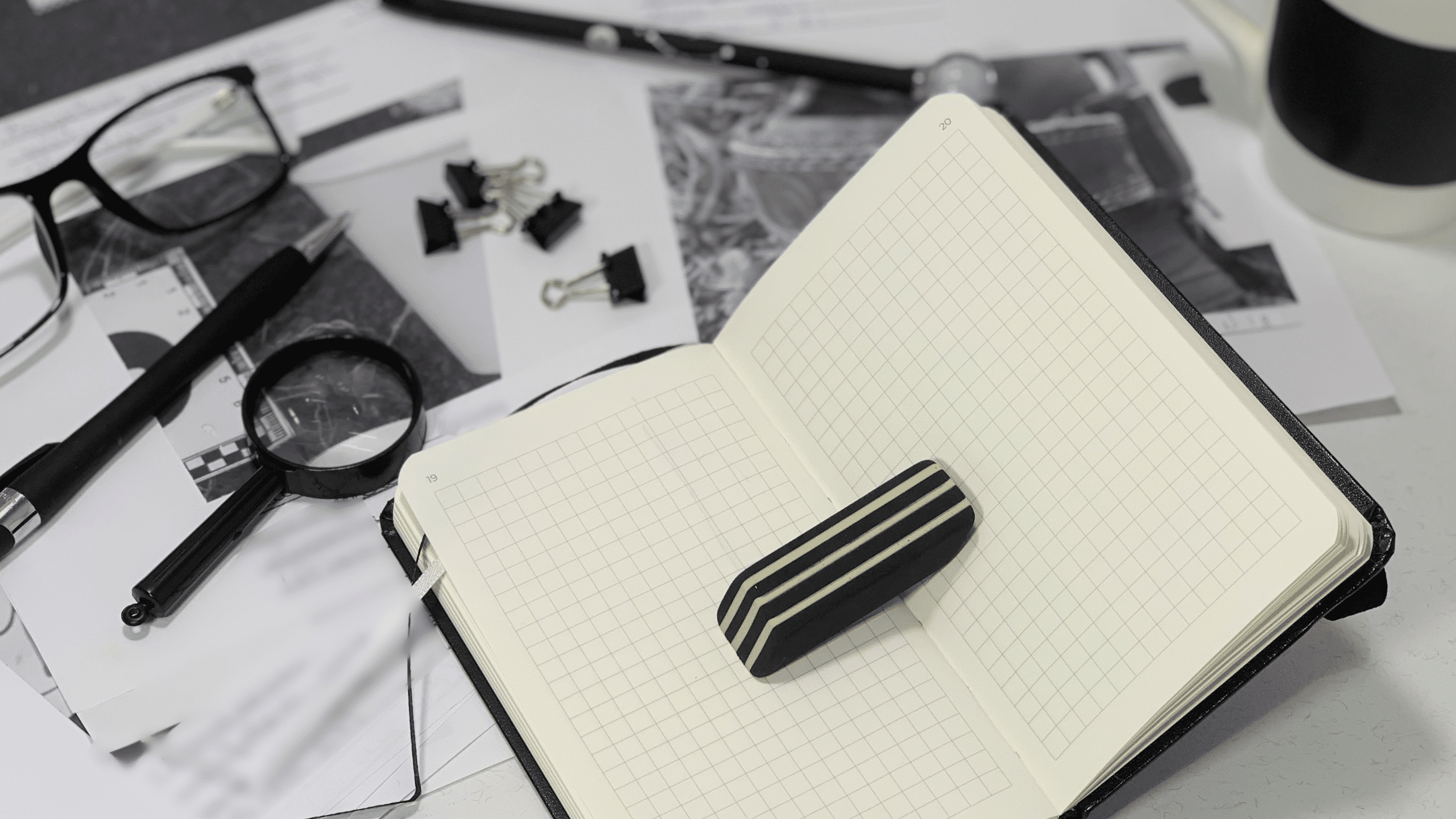 The Commission must open the formal investigation procedure when it has serious doubts based on the information available to it.

Once I asked an administrator of an institute where I used to work why I was not informed about certain benefits that were available to staff. “Because you did not ask”, he answered. How could I ask about something that I was not even aware of? Or, was it my responsibility to search all regulations of the institute until I could conclude that no other regulation was of relevance to me.

Now, consider what the duty of the Commission is when it examines a notified measure. Must it end its preliminary examination when the information before it indicates that the aid is compatible with the internal market, or, despite that information, must it keep researching until it is satisfied that there is no available evidence to the contrary? To put it perhaps in the simplistic terms of two opposite extremes, should the preliminary examination phase end when the available information confirms the compatibility of the notified aid, or should it end when no evidence can be found that casts doubt on its compatibility?

On 2 September 2021, in its judgment on case C‑57/19 P, European Commission v Tempus Energy, the Court of Justice ruled that there is a limit to how much information the Commission can be reasonably expected to request or collect before deciding whether a measure is compatible with the internal market.[1]

The Commission did not raise objections because, on the basis of the information submitted by the UK, it found the scheme to be compatible with the internal market on the grounds that it complied with the criteria laid down in section 3.9 of the 2014-2020 Environmental and Energy Aid Guidelines [EEAG].

Tempus Energy held a licence to operate as an electricity supplier in the UK and to sell electricity management technology, also known as “demand-side response” [DSR].

With the aid scheme in question the UK sought to establish a capacity market by paying electricity suppliers who committed to provide electricity or reduce or delay their consumption of electricity during times of system stress [e.g. a sudden spike in demand]. The purpose of the scheme was to ensure security of supply.

In that system the amount of capacity required is decided centrally and the appropriate price for the supply of that amount is determined by the market through auctions. Auctions take place each year in respect of the capacity that has to be delivered four years later [the T‑4 auctions]. There are also the T-1 auctions that take place during the year prior to the delivery year. Because the T‑1 auctions provide a better route for DSR operators to access the market, the UK procured through the T‑1 auctions at least 50% of the capacity “reserved” four years earlier. Successful capacity providers were awarded a capacity contract at the clearing price, that is to say the lowest price determined via a descending-clock auction. The costs for the funding of capacity payments were borne by all licensed electricity suppliers.

The obligations of the Commission in the preliminary examination phase

The Court of Justice, first, recalled that “(38) the lawfulness of a decision not to raise objections, […], based on Article 4(3) of Regulation No 659/1999, depends on the question whether the assessment of the information and evidence which the Commission had at its disposal during the preliminary examination phase of the measure notified should objectively have raised doubts as to the compatibility of that measure with the internal market, given that such doubts must lead to the initiation of a formal investigation procedure in which the interested parties referred to in Article 1(h) of that regulation may participate”.

“(39) In order to have its action for annulment upheld, the applicant may invoke any plea capable of showing that the assessment of the information and evidence which the Commission had at its disposal during the preliminary examination phase of the measure notified should have raised doubts as to the compatibility of that measure with the internal market.”

“(41) If the examination carried out by the Commission during the preliminary examination procedure is insufficient or incomplete, this constitutes an indication of the existence of serious difficulties in the assessment of the measure at issue, which should have triggered the Commission’s obligation to initiate the formal investigation procedure”.

“(44) The Commission is required to conduct a diligent and impartial examination of the contested measures, so that it has at its disposal, when adopting the final decision establishing the existence and, as the case may be, the incompatibility or unlawfulness of the aid, the most complete and reliable information possible for that purpose”.

What information must be considered by the Commission?

“(46) In the present instance, […], the General Court found that, in order to establish the existence of doubts within the meaning of Article 4(4) of Regulation No 659/1999, it was sufficient that Tempus show either that the Commission had not researched and examined, thoroughly and impartially, all of the relevant information for the purposes of that analysis, or that it had failed duly to take it into account in such a way as to eliminate all doubt as to the compatibility of the notified measure with the internal market.”

“(50) The same is true of paragraph 72 of the judgment under appeal, from which it is apparent that, in order to establish the existence of doubts as to the compatibility of the measure at issue with the internal market, Tempus could rely not only on all relevant information that was available to the Commission, but also on all information that ‘could have been available’ to that institution. By reasoning in this way, the General Court implied that the Commission should have had doubts as to whether an aid measure was compatible with the internal market solely on the ground that there was a relevant piece of information which could have been available to it without it being necessary to show that that institution was actually aware either of that information itself or of other information obliging it, […], to go beyond a mere examination of the information brought to its notice.”

“(51) The mere existence of a potentially relevant piece of information of which the Commission was not aware and which it was not required to investigate, in the light of the pieces of information that were actually in its possession, cannot demonstrate that there were serious difficulties obliging the Commission to initiate the formal investigation procedure.”

Does the complexity of a case necessitate a formal investigation?

“(54) In paragraph 267 of the judgment under appeal, the General Court justified the annulment of the decision at issue by reference to ‘a body of objective and consistent indications, based (i) on the length and circumstances of the pre-notification phase and (ii) on the incomplete and insufficient content of the [decision at issue] owing to the lack of appropriate investigation by the Commission at the preliminary examination stage with regard to certain aspects of the capacity market, that demonstrates that the Commission adopted the [decision at issue] despite the existence of doubts’.”

“(60) The General Court stated that the measure at issue was ‘significant, complex and novel’. It justified those characterisations, first, by referring, […], to the fact that the amounts involved in the aid scheme authorised by the decision at issue were particularly high and by stating, […], that both the definition and the implementation of that aid scheme were proving to be complex, and, second, by noting, […], that, in the decision at issue, the Commission had, for the first time, assessed a capacity market in the light of the 2014-2020 Guidelines, which, according to the General Court, showed that the measure at issue was novel in terms of both its subject matter and its implications for the future.”

“(61) However, first of all, […] the size of aid cannot, in itself, constitute serious difficulties of such a kind as to oblige the Commission to initiate the formal investigation procedure under Article 108(2) TFEU”.

“(62) Next, although the complexity of an aid measure is one of the circumstances specific to a case which are capable of justifying the long duration of the preliminary examination phase […], such complexity does not mean, […], that the Commission must, in any event, initiate the formal investigation procedure.”

“(63) Lastly, the Commission is also not required to initiate such a formal investigation procedure merely because the aid measure is novel in the sense that the Commission has not previously examined a similar measure.”

“(64) Therefore, by taking the high amount of the aid granted under the measure at issue and the complexity and novelty of that measure as indications of serious difficulties requiring the initiation of a formal investigation procedure, the General Court erred in law.”

Does the length of the preliminary examination indicate the existence of serious doubts?

“(66) It is apparent from Article 4(3) and (5) of Regulation No 659/1999 that the decision by which the Commission finds, following a preliminary examination, that a notified measure is compatible with the internal market must be taken within two months of the day following the receipt of the complete notification.”

“(67) While it is true that if the duration of a preliminary examination procedure exceeds the two-month period provided for in Article 4(5) of Regulation No 659/1999, this cannot of itself lead to the conclusion that the Commission should have initiated the formal investigation procedure, the fact remains that that information can constitute an indication that the Commission may have had doubts regarding the compatibility of the aid in question with the internal market”.

“(69) The General Court nevertheless held, […], that, ‘given the circumstances of the present case’, the length of the preliminary examination procedure for that measure could not, however, constitute a reliable indication that there were no doubts as to the compatibility of the aid at issue with the internal market, since it was also important to take into account the length and content of the contact between the United Kingdom and the Commission during the pre-notification phase.”

“(76) It is clear from paragraphs 10 and 12 of the Code of Best Practice that, […], the essential objective of the pre-notification phase is to ensure that the notification form is in good order so as to enable the Commission, once the notification has been made, to adopt its decision within the period prescribed for that purpose in Article 4(5) of Regulation No 659/1999.”

Because the Commission and Member States exchange views on problematic issues during the pre-notification phase and consider how they may be resolved through appropriate changes to the aid measure under discussion, the Court of Justice pointed out that “(79) it is precisely for that reason that the length and circumstances of the pre-notification phase cannot constitute indications of any difficulties raised by the notified measure. It is entirely possible that, during a long pre-notification phase, the Member State concerned could have benefited from its exchanges with the Commission in order to amend the planned measure in such a way as to resolve any problems which that measure may have had in its original form, so that that measure, in its final form – which is fixed when it is notified – no longer causes any difficulty.”

Because the Court of Justice upheld all of the pleas of the Commission on the non-existence of serious doubts and because it had all the necessary information to give a final judgment, it proceeded to set aside the judgment of the General Court.